School's back in. Sort of. 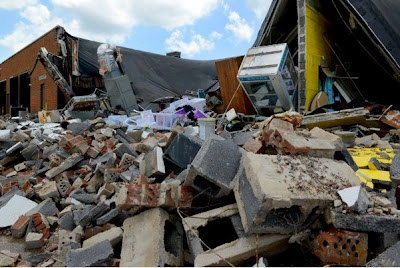 See, I live in a county where all the kids go to the same high school. This year, they've finally built a freshman school, which took the high school's population down to 1800 students. No more need for portable buildings, the part of the school the kids called "the trailer park." And then a month ago, the vocational portion of the high school collapsed. Just... collapsed. It was impossible not to think about what would have happened if school had been in session. 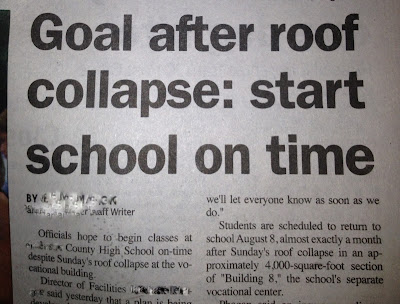 The local paper published the county's intent to stay on schedule. The whole school is a construction zone, as they remodel a bit at a time. But earlier this week I started hearing stories about the cracks in the walls of the other buildings and broken roof drains that were causing water to pool on the roof. They even brought in metal beams to shore up the remainder of the school. And I started to worry. What happens when you add the weight and movement of almost two thousand adult-sized kids to a two story structurally damaged building? I called the central office and eventually talked with the director schools. He told me he had a certified letter I could come have a look at from the structural engineers who were involved saying the school was safe. That there would be regular inspections and the drains had been repaired.  That one of the engineers and the head of maintenance had children at the schools. That if he had any concerns about the safety, he'd have delayed the start of school. Still... I kept envisioning the building collapsing with my 16-year-old child in it. 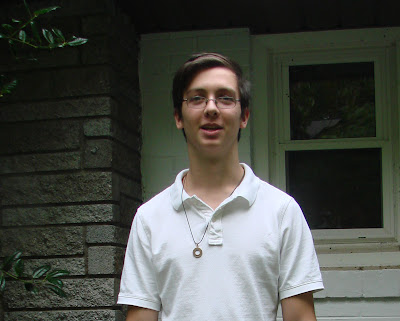 I talked with my son about the option of changing to a high school in the next county. No. It's his senior year and he was NOT transferring. I said I wanted him to stay home at least the first day. He said no to that, too. He had a summer AP assignment due on the first day and he was NOT missing school. He also pointed out, reasonably enough, that there was no reason to think that if there was going to be a problem it would happen the first day. "What about the cumulative effect of the added weight?" Oh, great. I get to worry all year. But I dropped him off yesterday morning for his first day, and asked him to text me as soon as he was home so that I'd know everything was okay. This is the text he sent me: 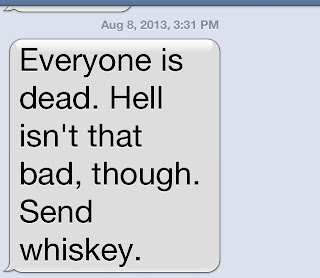 I just don't even understand where he gets his sarcasm from. 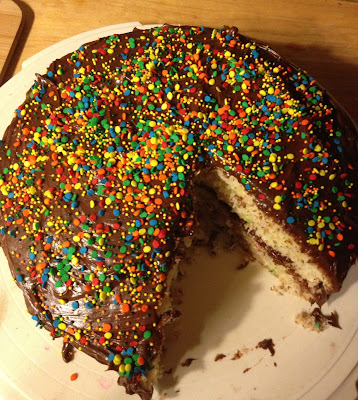