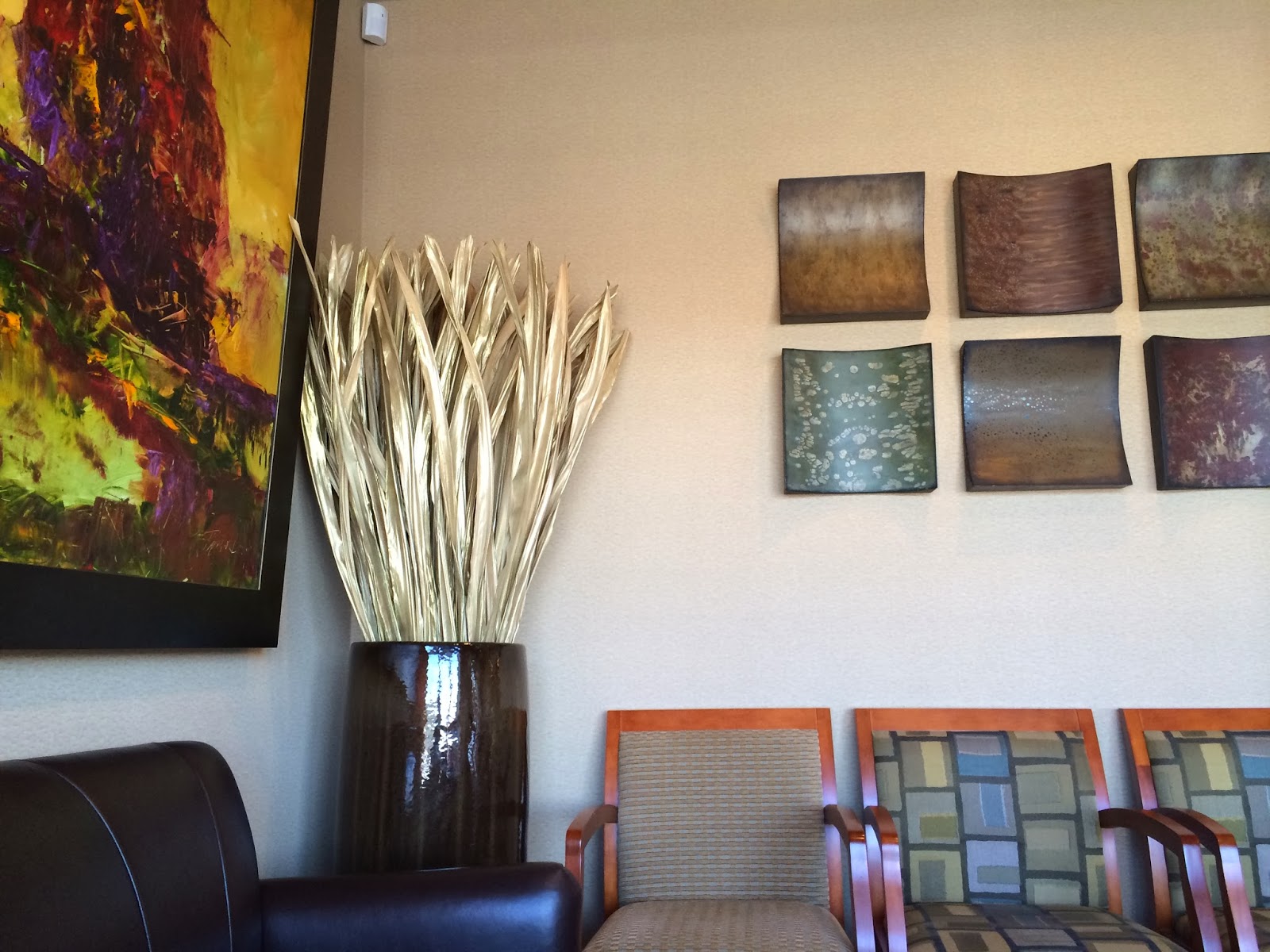 This was the only pleasant part of the visit to the endodontist yesterday. The backstory: Remember when I took a spill hiking? Among other injuries, I cracked a tooth. Which lead to getting a crown. And not the cool kind you can wear on your head. And when that didn't solve the problem, I was referred for a root canal in December. But before I could get there, I went through that bad break-up. With an endodontist, because my life is nothing if not rich in irony.  Finally, however, the pain drove me to reschedule. On Valentine's Day. Because again, the irony of it all. 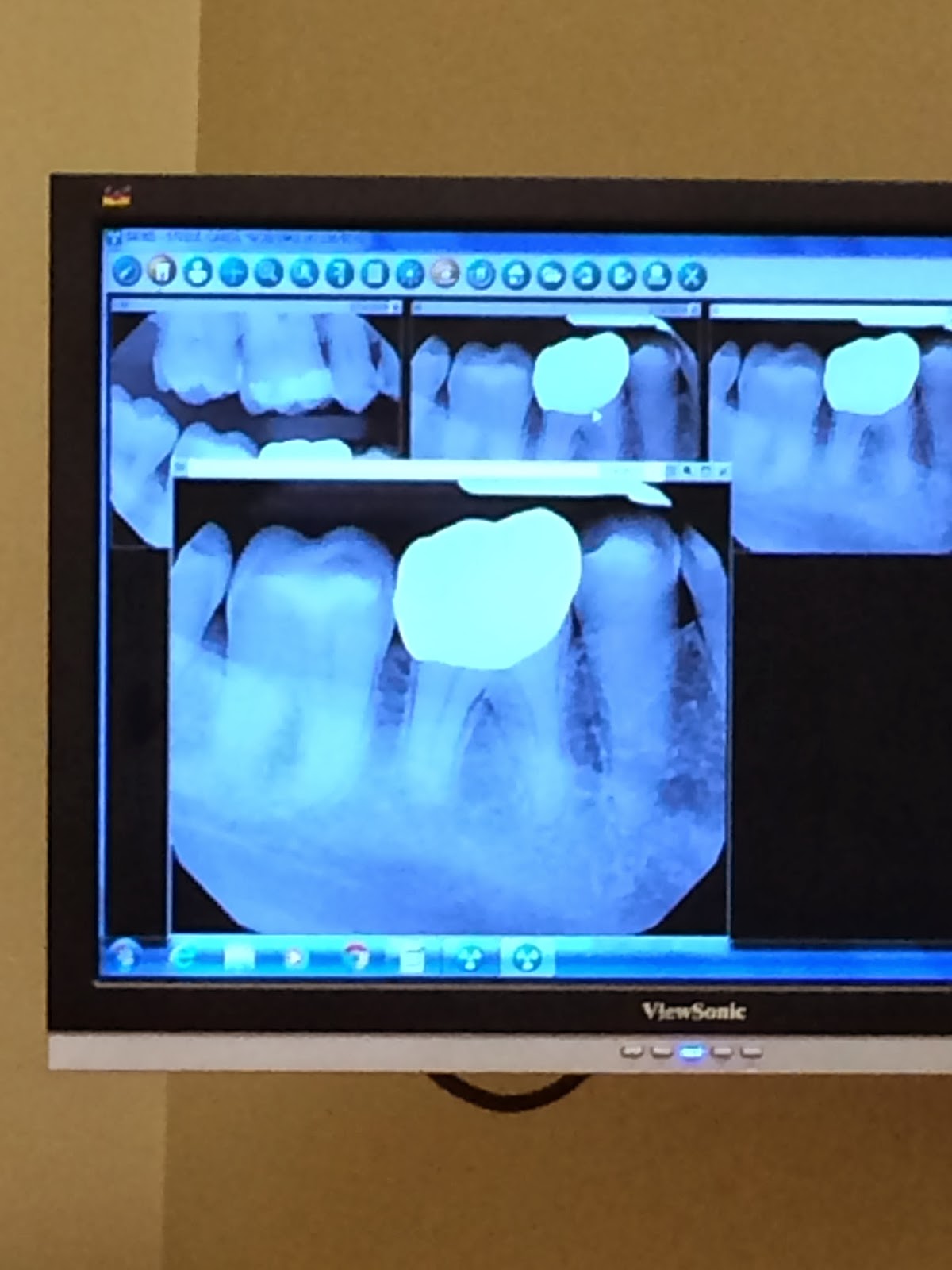 These places are a needlephobe's nightmare. Every where I looked, there were needles. Gah. So instead, I stared at the x-rays and fretted. I have to say that the entire staff was kind, including the young endodontist (who called me Dr. and introduced himself by his name without the title, which I found amusing). But it turns out, I am remarkably resistant to whatever they inject into you these days. The two hours went something like this: injection, drilling, me cringing, him asking if I could feel that, me nodding, injection... Round after round of that process. The poor assistant was alternating between handing him various torture implements and wiping tears off my face. I am compliant as all hell, but I can't control my tear ducts. 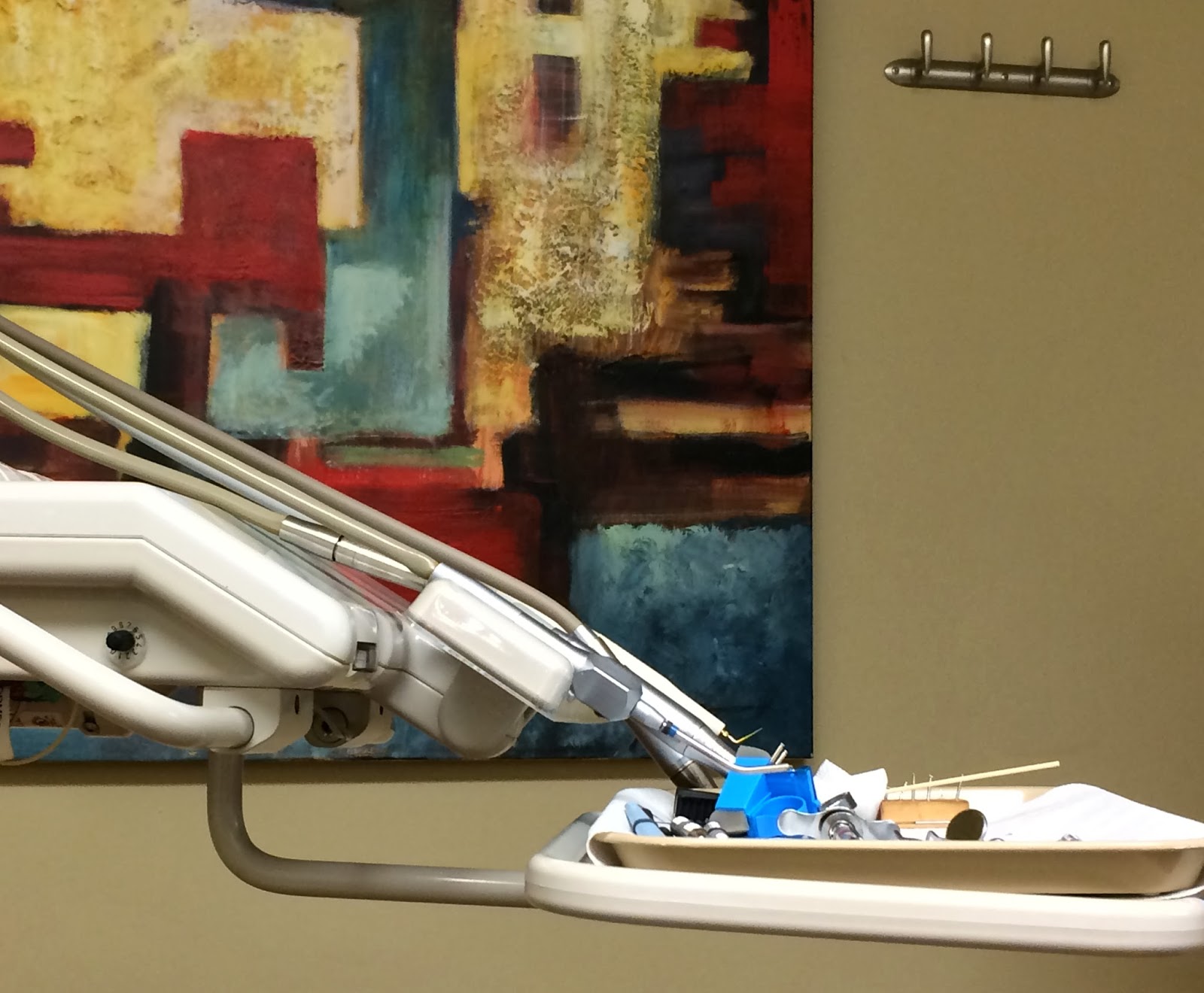 Finally, he said he'd given me the maximum dose, and since it is calibrated for a 150 pound person we were actually about 50% over the limit. He told me that he only encounters someone that resistant to anesthesia once or twice a year.Yay me - I'm special.Anyway, he said he just wasn't going to do anymore if it was going to hurt me. I left with instructions to reschedule and start taking ibuprofen three times a day for three days prior to the appointment, and that should make the anesthesia more effective. When I go back in a couple of weeks, I'm going to suggest they just hit me over the head with a hammer. 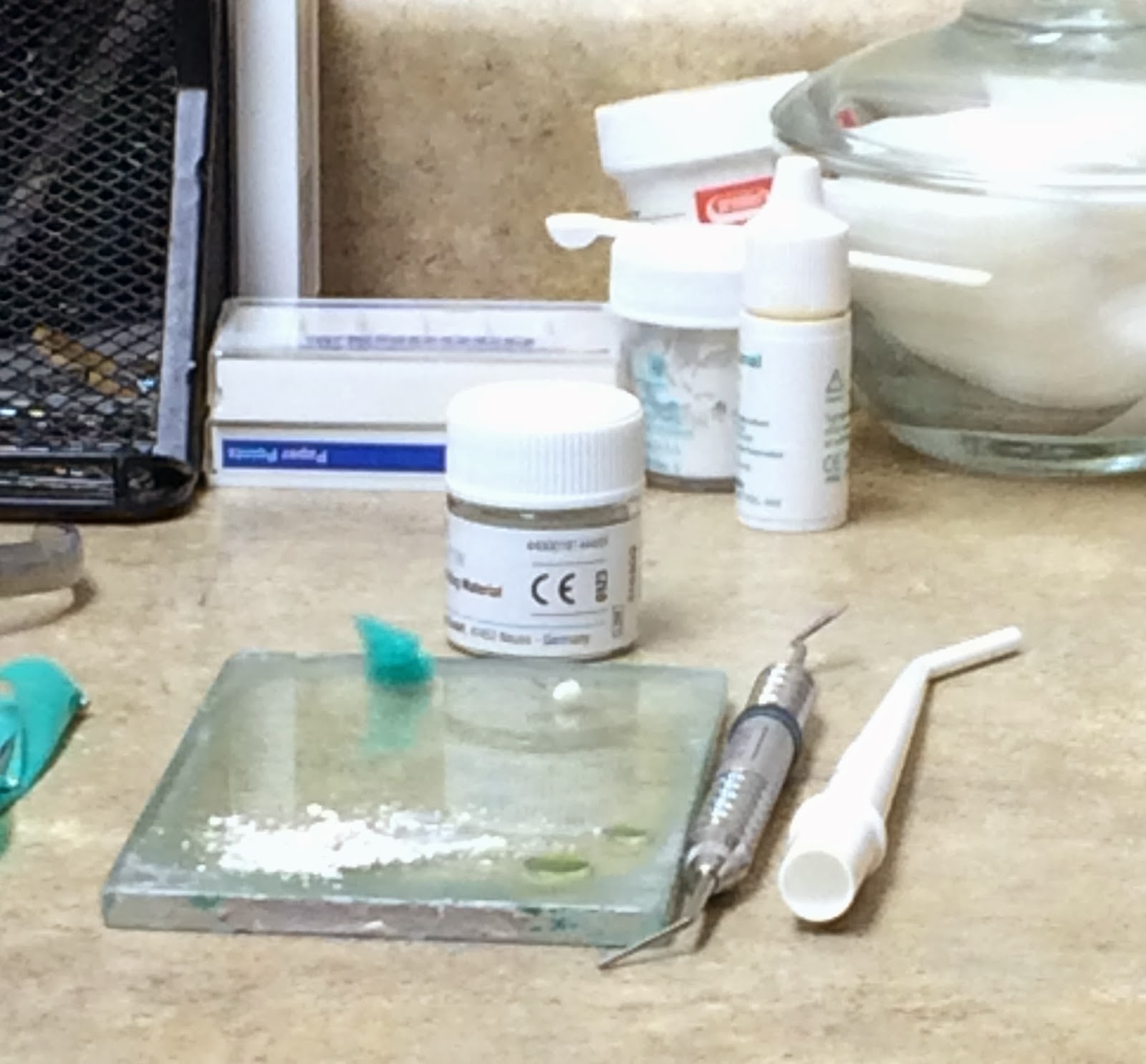 And I'll keep quiet about my suspicion that the guy does lines in between patients. 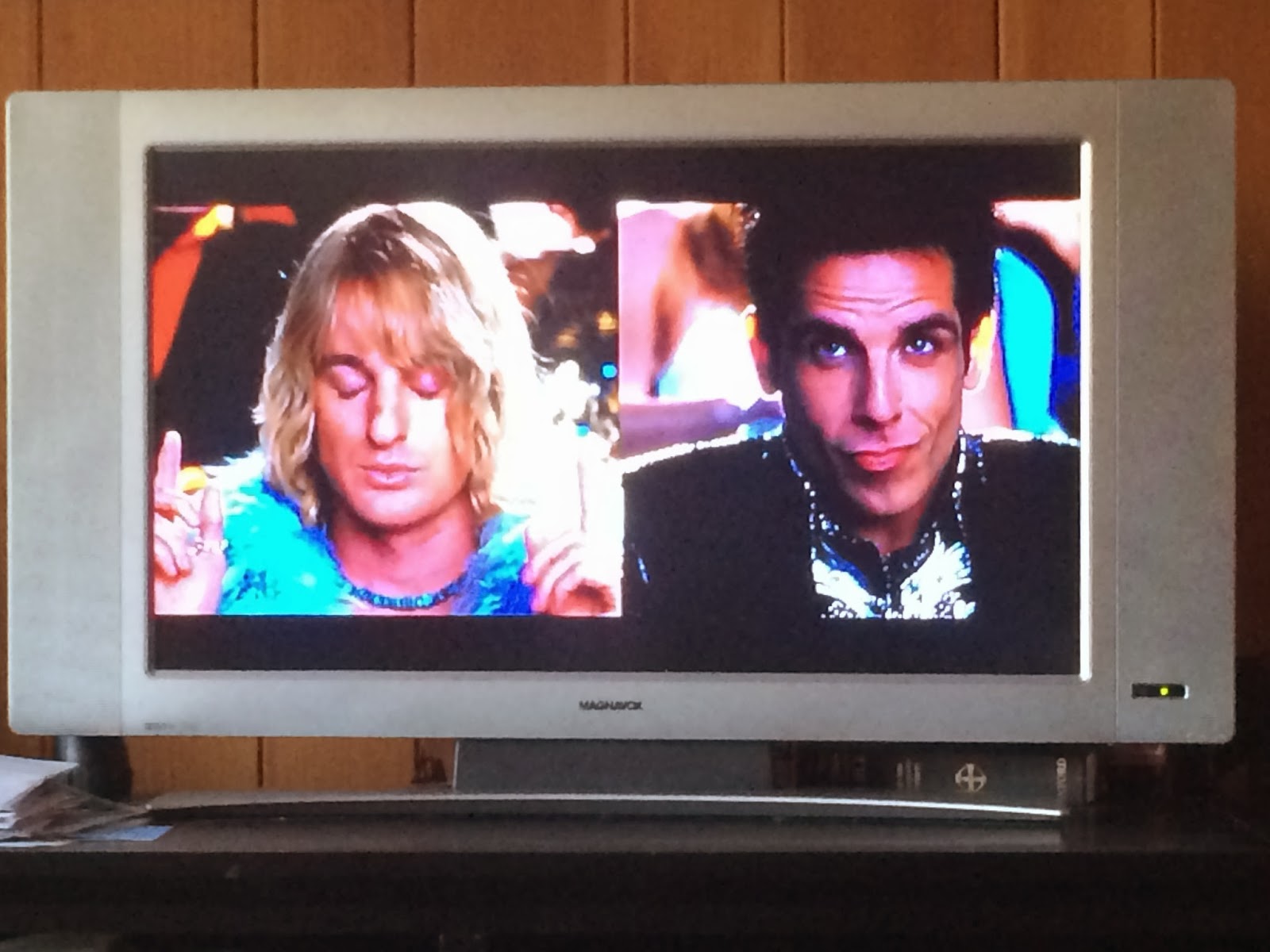 I came home and crawled into bed for a while to nap and feel sorry for myself.  That's right, I did those simultaneously. I'm a good multi-tasker. And then my friend came over to eat pizza and watch "Zoolander." One night when we were having dinner out, I'd mentioned that I could only turn in one direction skating (to reverse directions) or skiing (to stop). He suggested I see the movie because the title character can only turn right on the runway. When it got to the line, "I'm not an ambi-turner," my friend poked me and said, "That's you!" It's a supremely silly movie, but perfect for distracting me from my pain.
"Take away the sensation inside.
Bitter sweet migraine in my head.
Its like a throbbing toothache of the mind.
I can't take this feeling anymore.
Drain the pressure from the swelling.
The sensation's overwhelming.
Give me a long kiss goodnight
And everything will be alright.
Tell me that I won't feel a thing.
So give me novocaine." (Green Day)
Posted by Secret Agent Woman at 11:28 AM