I'll slap a coat of paint on anything. 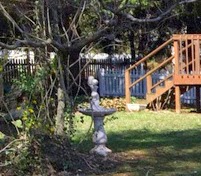 When I moved in, the backyard had a broken cement birdbath with a little statue in it. Not. My. Style. Out it went. But the one I bought to replace it, while beautiful, was lighter-weight and less stable. 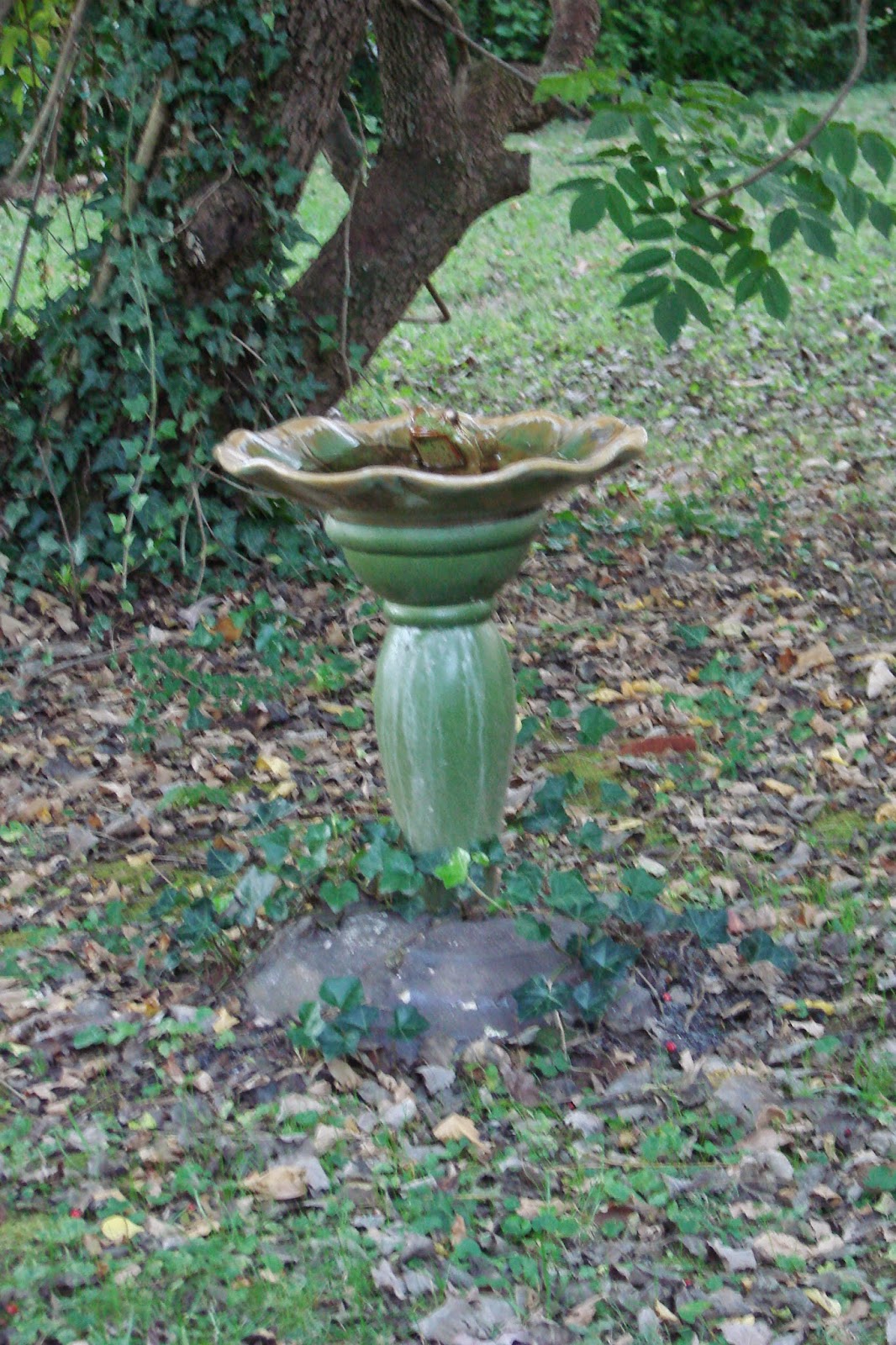 I took a sledge hammer to the cement bowl of the old birdbath to brace the base of the new one. And then spray-painted it brown to make it look like dirt and then transplanted some ivy around it. It's funny to me to watch birds splashing around next to the ceramic frog. 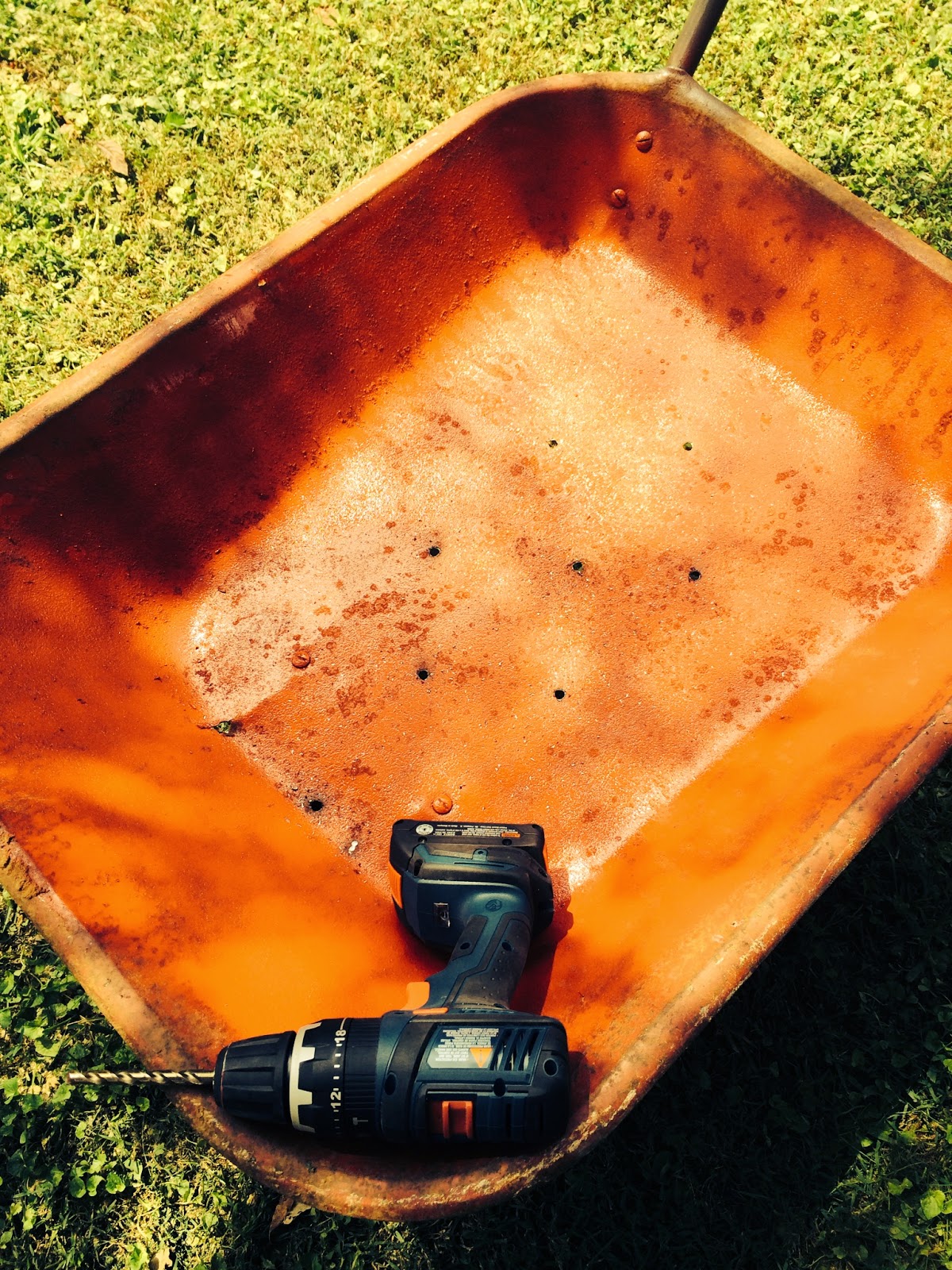 I also found a rusting wheelbarrow under the house and decided I had the perfect use for it. But first, paint.  After drilling drain holes in the bottom, I painted the floor of it with red rustoleum to keep the rust at bay, and covered the white handles and wheels with bronze paint. 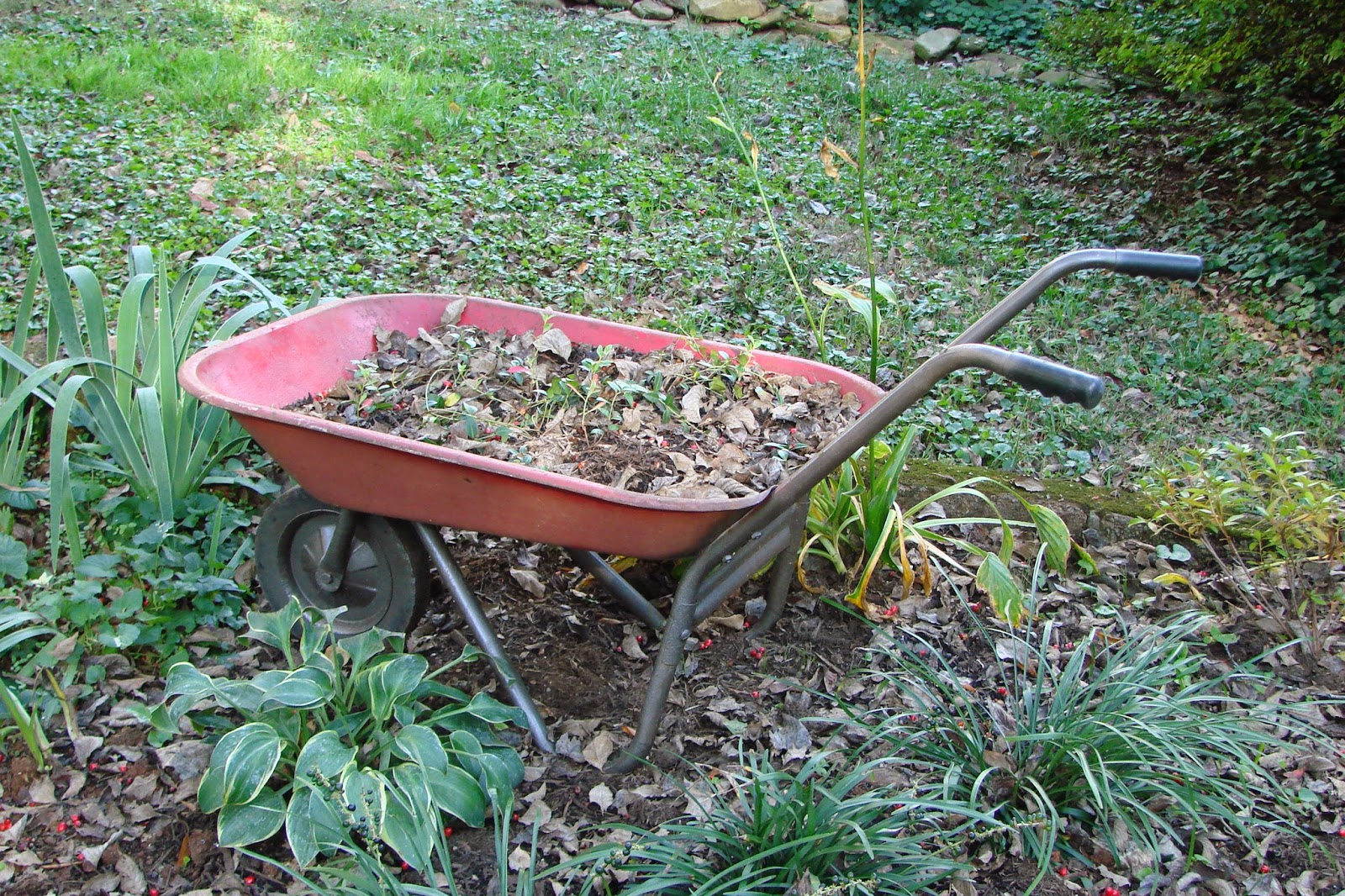 Planted in it are two of my favorite plants which are both wickedly invasive. In the spring and summer, there will be purple flowers on the vinca and lovely light pink Mexican evening primrose. And both will be safely contained in the wheelbarrow instead of taking over my yard. 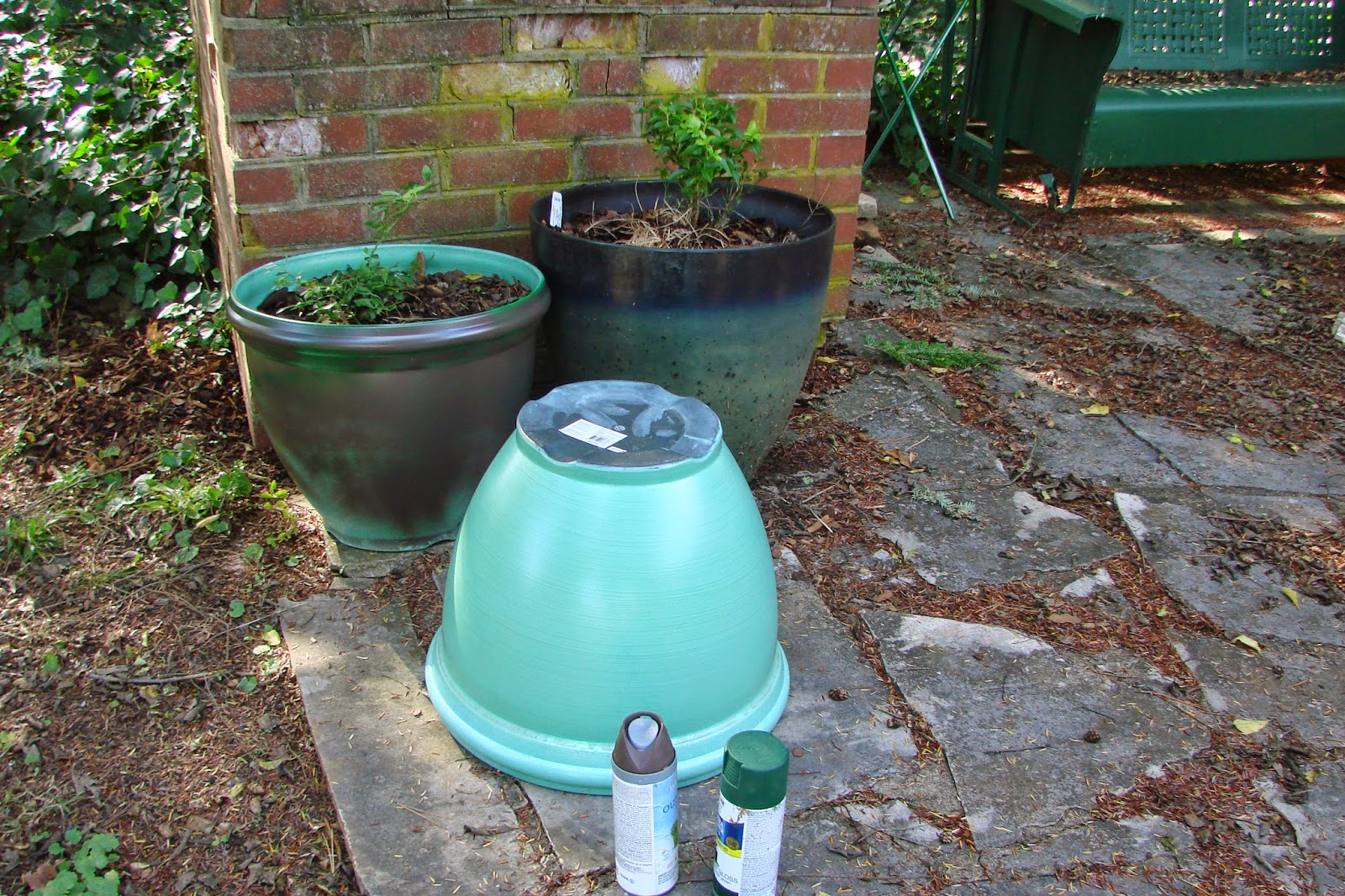 I got these two pots to go with the larger one. Blueberry bushes are in two of them, and the empty one in the photo now holds a raspberry bush. I found a couple of pots the right size on sale, but they were a color I wasn't crazy about. No problem - I have paint! 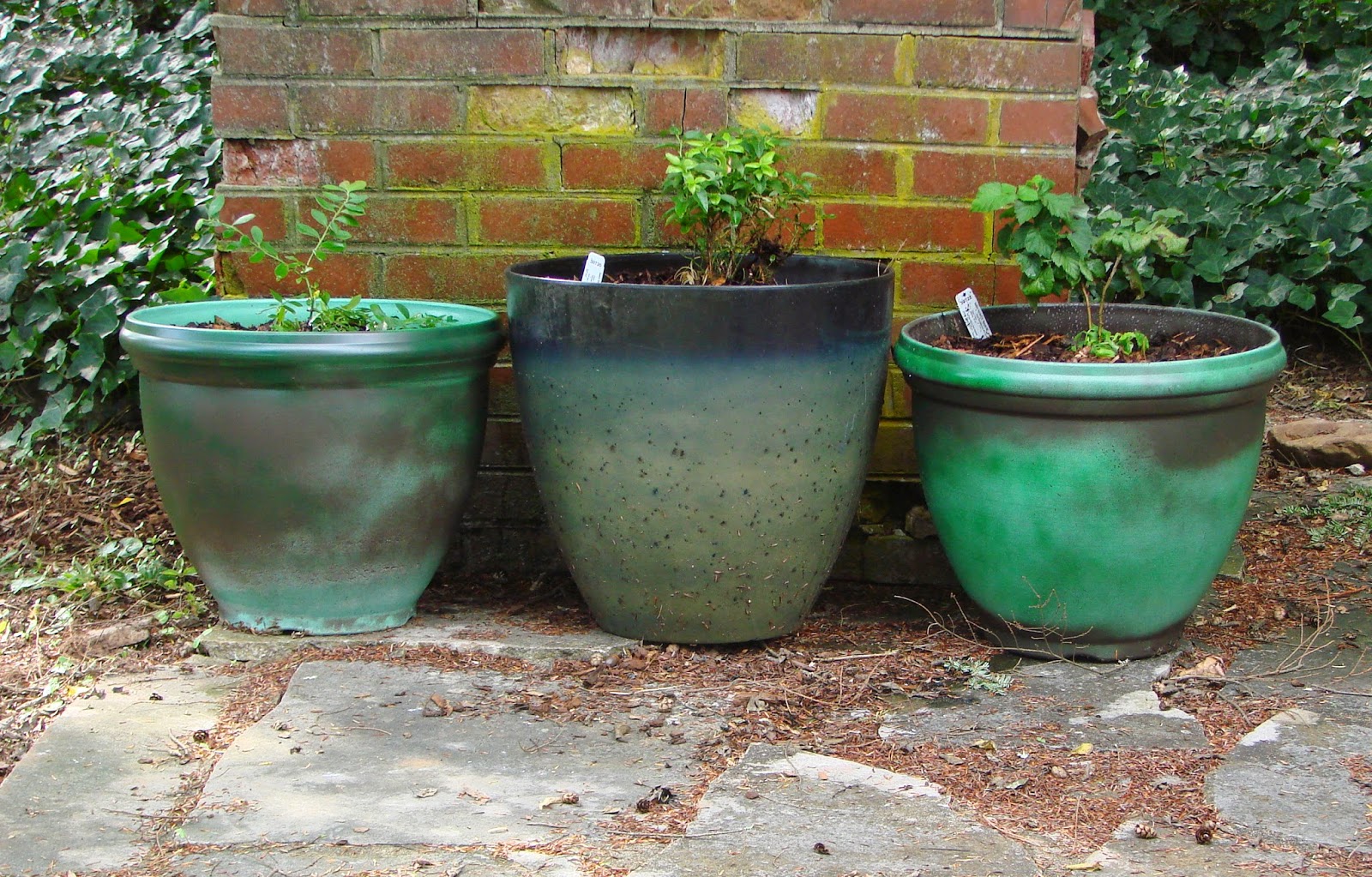 After drilling drain holes, I painted them mottled shades of brown and green to mimic their companion pot. The technique was experimental but I was pleased with how it turned out. The funny part is that I didn't actually buy paint for any of these projects - I've just been using up what I already had in my garage.
Posted by Secret Agent Woman at 12:23 PM