Back to the fun. 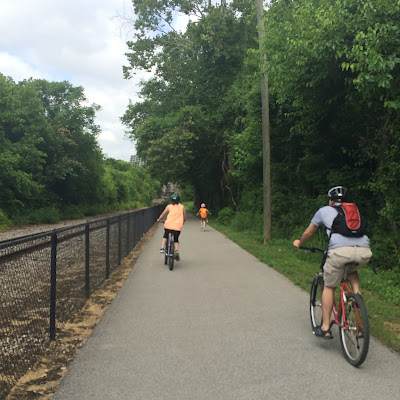 Thankfully, I don't worry about the squirrels all that much. Because I'm doing things like this - going for a bike ride with my boyfriend and his daughters. The younger one recently learned to ride without the training wheels and called so we could witness her accomplishment via facetime. I was tickled that she first made sure I was there to watch, too. 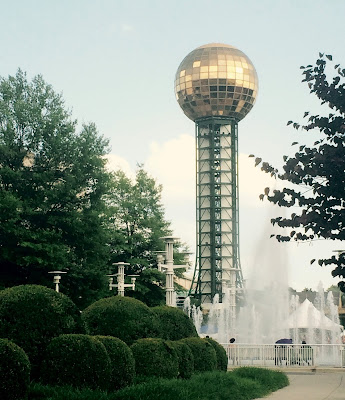 We've gone to the dog festival, met for Italian ices, and done the dinner and a movie thing at their house. I watched Jurassic Park with an 8-old-wrapped around me, and held my hand over her eyes during the gory parts. 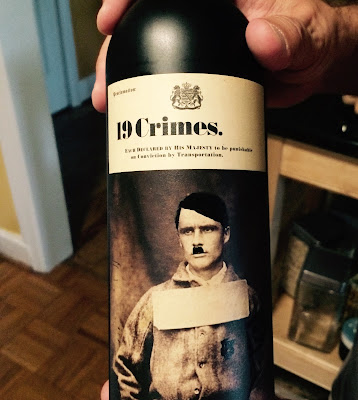 We've also done some meals at home with my younger son. I have a few bottles of this wine and on the last one, I'd written my boyfriend's name under the mugshot. I handed this bottle and a sharpie to my son and he giggled as he altered the prisoner on the label to look like Hitler. 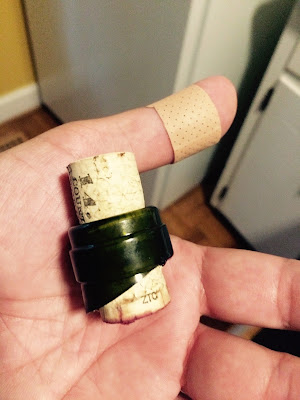 Which may have given the wine some bad juju because when my boyfriend used my signature ninja knife trick on the capsule around the neck, he managed to slice clean through the bottle AND into his thumb. 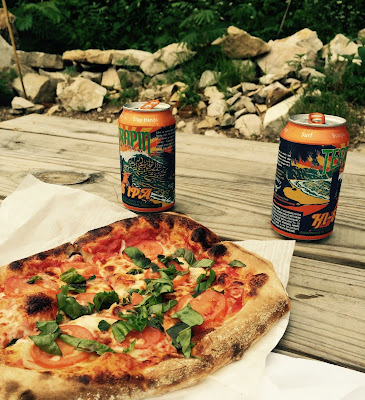 And we go out kidless, too, of course. The local nature park, for instance, has a monthly beer garden/pizza event. Local brews and pizza cooked in a mobile oven. 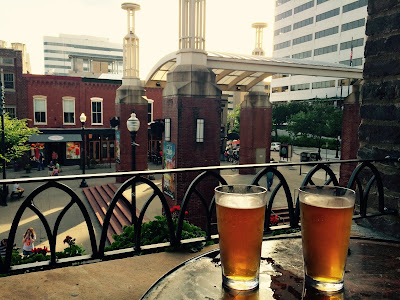 And on another night we had a beer on the patio over looking the square before getting dinner and then a drink at the little speakeasy club. I really like the downtown area - it's nice enough to be outside much of the year. In fact, on our first date at the beginning of January we were able to eat lunch outside. I'm looking forward to recreating that date next January.
Posted by Secret Agent Woman at 5:18 PM