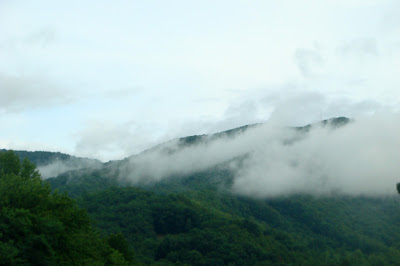 The other thing we did on our Asheville weekend was head into the mountains for a little hike. We chose Cataloochie, on the eastern side of the Smokies. Getting there involved crossing over the mountain on an unpaved and exceedingly narrow road with tight turns, steep drop-offs, and poor visibility. After I gasped one too many times as a car came around the curve toward us, my fiancé (actually he wasn't that until later that day), said, "Close your eyes and go to a happy place. Sing Abba or something." Then he laughed as I covered my eyes and started quietly singing, "There was something in the air that night, the stars were bright, Fernando..." 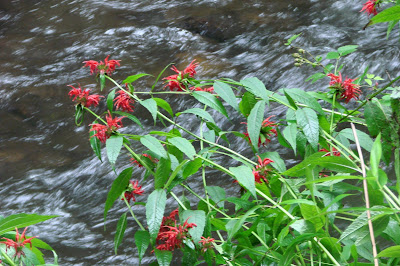 It was overcast and intermittently rainy that morning but we walked anyway. Part of our hike took us along the creek. I can see why pioneers would want to settle in this valley. Apparently, they were on friendly terms with the Native Americans here. 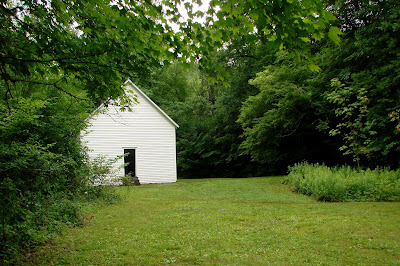 In one clearing was this schoolhouse built in 1907, because the population had outgrown the original school. I read that the community had petitioned for funds for a larger school but were denied. The story is that the two founders of the settlement split a bottle of whiskey, moved the furniture out, and then burned the place to the ground. They re-petitioned with the claim that their school had burned down and were given the funds. 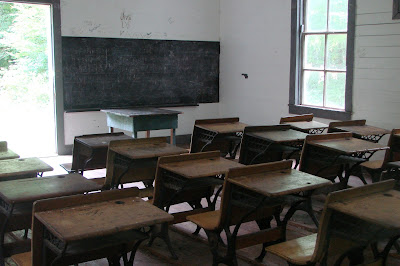 It seems to me like it would be difficult to be the teacher at an all-ages one-room school. How do you keep that many lessons going? 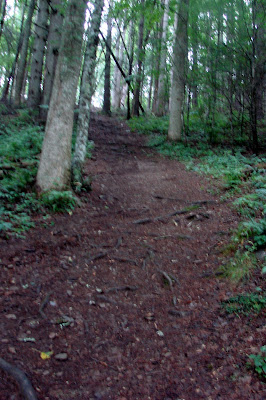 We took a steep path up into the woods to find an old cemetery. 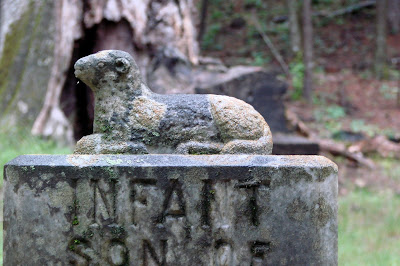 As with most old pioneer cemeteries in the Smoky Mountains, there were plenty of graves for babies and children. 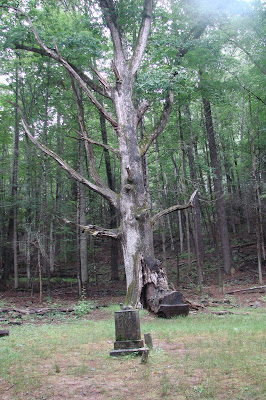 There was something interesting about this lamb-topped baby's gravestone in the shadow of such an enormous tree. Puts time in perspective. 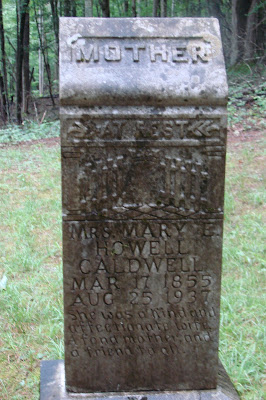 The stone for this woman noted that "She was a kind and affectionate wife, a fond mother, and a friend to all." 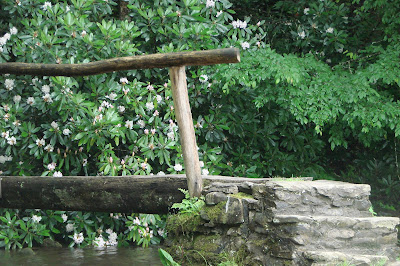 Back down to the lower part of the valley, we crossed this cool bridge. The rhododendrons were in full bloom. 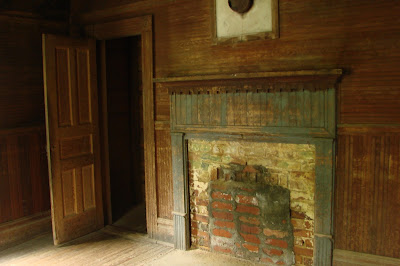 I didn't get a photo of the house, which was a sprawling two-story place with multiple fireplaces and lots of rooms. It was built right at the end of the 1800's. The house even had closets in most rooms. 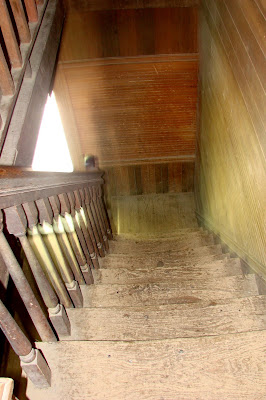 I loved the worn planks of the staircase up to the second floor. 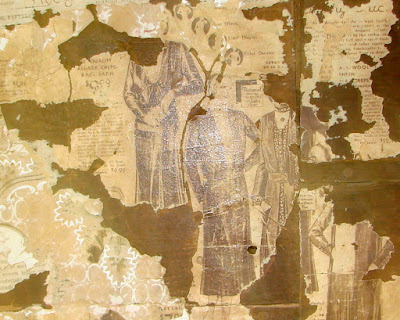 Some of the upper rooms were wall-papered with old newspaper. I don't know if there was wall paper over that. A silk dress for $9.95! 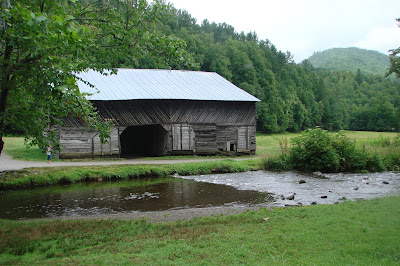 Across the creek was a barn built in 1923. I also read that 95% of the households made their own moonshine. 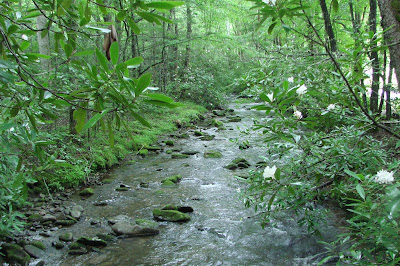 The only sign of the elk that live in this valley we saw was hoof prints. But it was beautiful and we were happy just to be out in the mountains.
Posted by Secret Agent Woman at 12:08 PM