It's never too late to do something different. 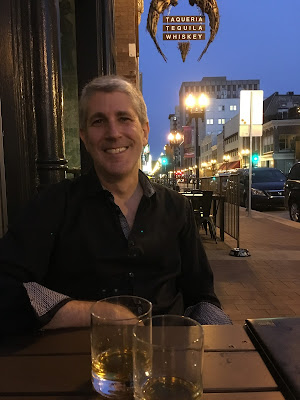 One of the big things going on in our lives of late is a mid-life career change for my husband. He was deeply unhappy with his work in the corporate world, trying to juggle competing demands from the heads of the company and not finding much in the job that felt valuable. I hated knowing how much he hated it. When the company started struggling and layoffs ensued, I saw it as a wonderful opportunity. I offered to pick up the financial slack and take over kid duty when he needed to be in class or at a part-time job, and urged him to get trained in something he would feel good about doing. And so, he enrolled in a program to get certified as a Clinical Medical Assistant. With that certification, he could work as a phlebotomist or EKG tech or more generally in a hospital or physician's office. My only condition was that as a needlephobe, I could not let him practice on me! After months of evening and Saturday classes, and lots of studying in a field completely new to him, the course wrapped up with the national exam. We went out to celebrate! 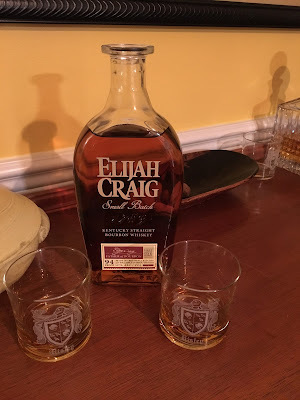 Several days later, he got his results back and found out he didn't just pass the test, he aced it. I pulled out the bottle of bourbon I'd bought to mark the occasion. Because I never had a doubt he'd do well. And he posted this incredibly sweet thank-you: "When I told her we should bring back a couple of bottles of wine from Italy, she said "How about a couple of cases?" When I told her before cooking a fish and chips dinner that I was going inside to batter the cod, she raised an eyebrow and said "Is that what you boys are calling it these days?" And when she could tell I was tiring of a business world that was taking a very real physical and mental toll on me, she said "whatever you want to do we will make it happen"." 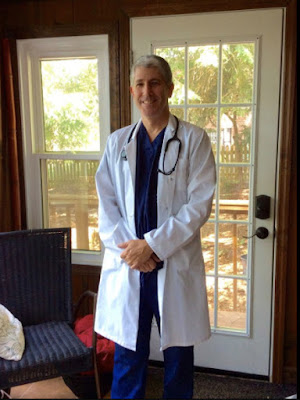 Ready for the 6-week externship, which he is now two days into. It was a scary move but, I feel certain, the right one. He's been happier and more relaxed even since just starting the program. And when he came back from the first day at the medical office where he's been placed, he was smiling and wanting to talk about it. That in itself makes it all worth it.
Posted by Secret Agent Woman at 5:21 PM