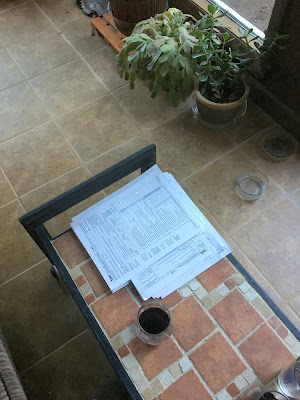 I know this isn't news to the more technologically savvy amongst you, but I downloaded a scanning app and have been using it  to digitize virtually all my files to store them paper-free. Stacks of old tax returns, medical records, insurance information, and so on. I've been working on it for days, including Mother's Day - which also happened to be the anniversary of my cancer diagnosis. Cancerversary, some people call it, although that makes it sound celebratory. I don't celebrate it, but I sure am aware of it. 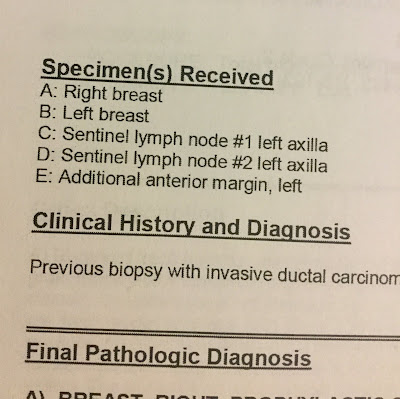 It happened that I was scanning medical records on that day, and it was a little bit of a gut-punch to re-read the pathology report from my surgery. Whole body parts should NOT be specimens sent to a lab. I also scanned the office visit note where my surgeon wrote, "I reassured her that the odds were overwhelmingly in her favor that she would not require adjuvant chemotherapy." Yeah, well, I defied the odds. 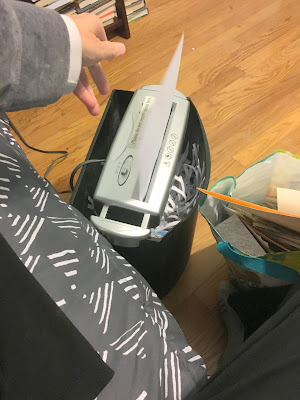 I didn't mind dumping those into the shredder once scanned. I created a new email account, with labels for different subjects, and sent things directly from the app to it. Free storage, accessible from anywhere and not subject to computer crashes. (And yes, the most important things I also have saved to a hard drive.) I feel lighter off-loading all that paper into the recycling bin. 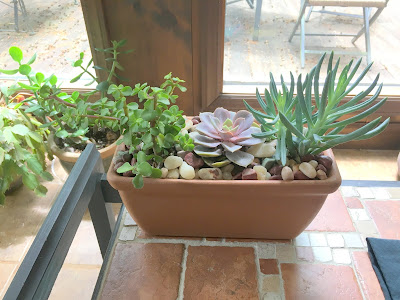 Since it was Mother's Day, I got a call from my older son who is preparing to head off for his first optometry internship placement. He told me he was also in the process of scanning many of his childhood drawings to save, and will ditch the originals. I thought it was funny we were working on the same thing. We talked for more than an hour about his plans and mine. And later that day, my younger son stopped by with this succulent planter he had made for me. The roseate succulent in the middle has a pink tinge and he told me he'd gone through all of them at Lowes to find the nicest one to put in the arrangement. 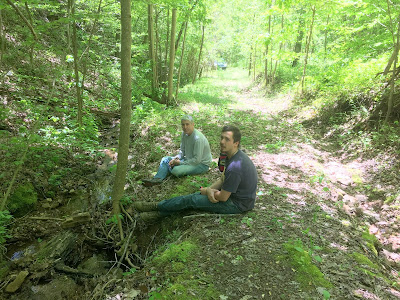 Which brings me to today, another sad anniversary - 19 years ago today my baby brother drowned. This weekend I also scanned and shredded the police report and autopsy report from his death. He was 23, the same age my younger son is now. I helped raise him and have grieved hard for him, but having my own sons reach that age has brought home to me what a loss it is for our mother. Years ago, I let Mom know I had the reports but encouraged her not to ask for them, and she didn't. She doesn't need to read the description of how he was found or see the sketches of his injuries. Although I want those records, I don't think I ever want to look at them again myself. Life is capricious and risky and sometimes exceedingly sad. And so I am reminding myself on these anniversaries to treasure the people I love while I can.
Posted by Secret Agent Woman at 3:19 PM