The other interesting thing that happened this past weekend... 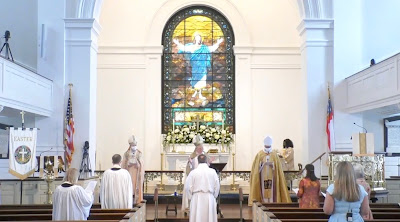 Damn this pandemic. I can't tell you how much I wanted to be in Savannah this past weekend attending my brother-in-law's ordination and consecration as the new Bishop. So instead of being part of all the festivities, we watched the very-scaled back service live on-line. 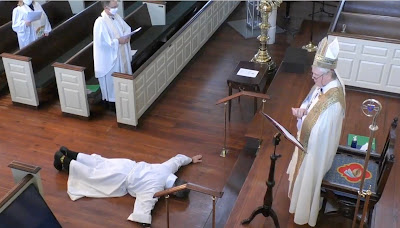 It is a very moving ceremony and my husband and I both started crying almost immediately. 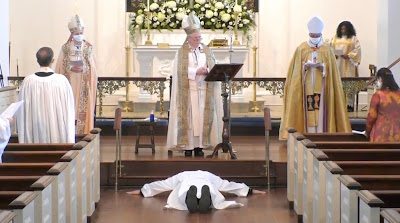 When priests and bishops are ordained, they prostrate themselves while the Prayers for the People are being read. It's an act of submission and humility. 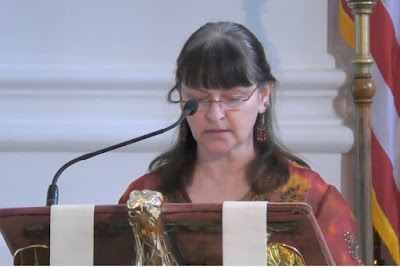 My sister, his wife, did one of the readings in the service. Those who were allowed to be present were masked except when reading. 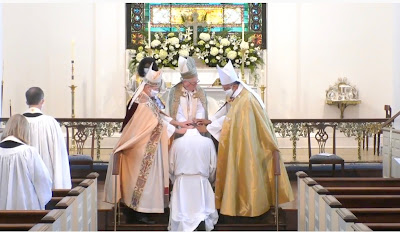 The ordination of a Bishop in the Episcopal Church requires the laying on of hands by at least three other Bishops. 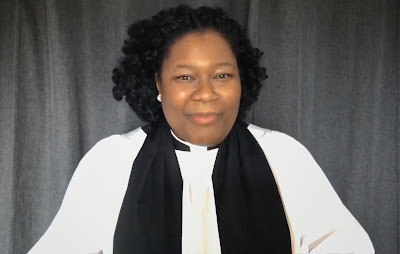 The sermon was given remotely, by a priest who had such a warm, joyful manner (and I wish I'd gotten a better screen shot of her smile), that I found myself thinking I'd have loved to have her as a priest. 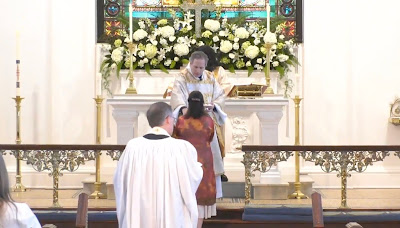 His first act as the new Bishop was to serve communion. Because of the virus, it was bread only, without the usual communal chalice of wine. I was an acolyte as kid and later a lay reader and lay Eucharistic Minister, so the service is so familiar to me that I could recite the liturgy in my sleep. 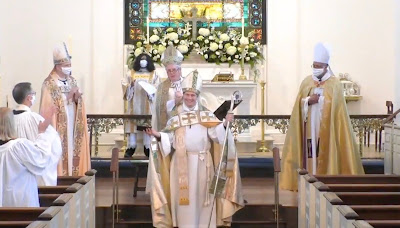 I've known my brother-in-law since we were both 19 and he was just the goofy kid dating my sister. And he still is that playful guy. But he also takes his priesthood seriously. 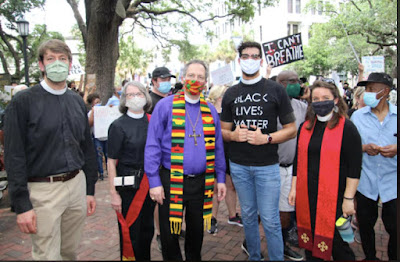 The day after the consecration, he was using his first full day as Bishop demonstrating with other priests at a protest over the murders of George Floyd and other Black men and the Administration's shameful response. I may have left the beliefs I was raised with behind, but I can still respect someone walking the walk.
Posted by Secret Agent Woman at 10:52 AM