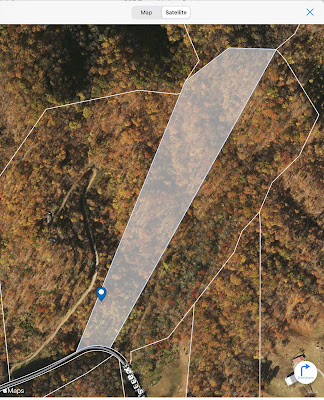 We have been spending every possible minute on the weekends up at our property, mostly working on building trails. In this arial view, the shaded property and the one immediately to the right are the two we bought. 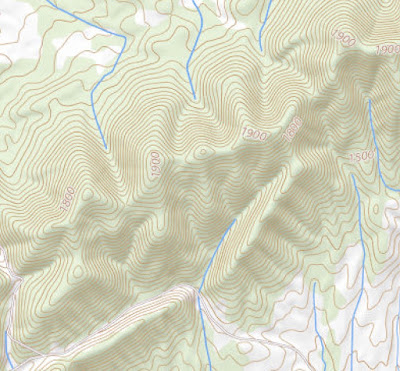 We've studied topo maps to get a sense of the land, which is bordered by the ridge on the east, to the right of the creek in the center and rises up to a ridge on the west and in back along the northern edge. The lowest point, at the road along the south is 1400 feet and the highest 1900 feet. 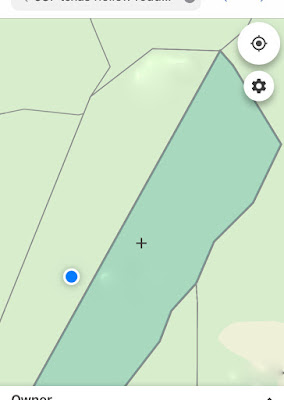 I have an app called LandGlide that we use when we are marking trails. It lets us know exactly where we are on the property. 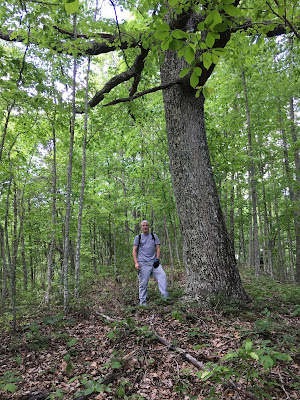 On the East Ridge trail we know we are close to the end when we get to what we refer to as "our tree" because we spotted it on our first hike and were really excited to find that previous logging had left several massive trees untouched. 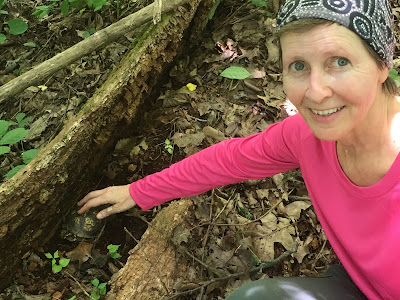 We see the most turtles on this eastern ridge. I've learned that male box turtles have red eyes and females brown eyes. The conversation went something like this -
Me: "Look at this cute turtle! It's a male. Hey there, Mr. Turtle!" 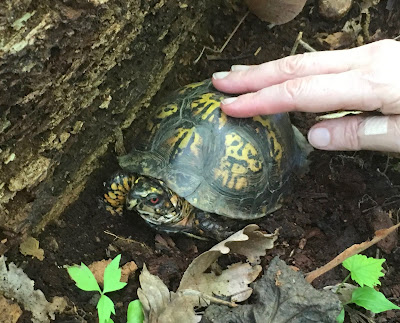 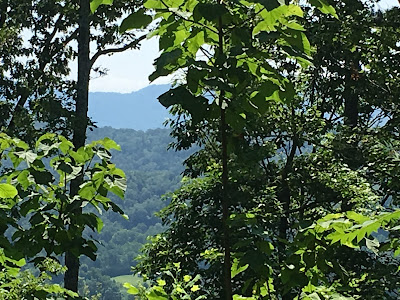 Right now everything is lush and filled in, so you get only rare glimpses of the view beyond the edge of our property. I'm looking forward to seeing what it looks like in winter. 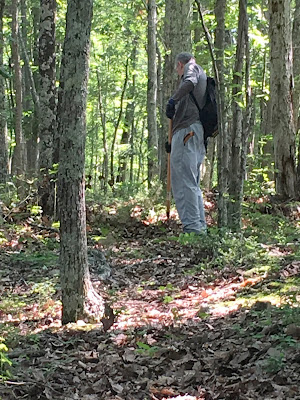 We have been trying to leave things as natural as possible, but still want discernable trails. We cut back only what obscures the trail and in some places my husband has raked the path to clear it a little. 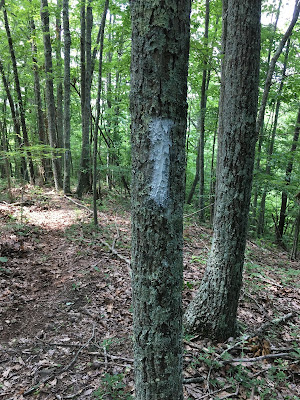 We are blazing all the trails with white paint. 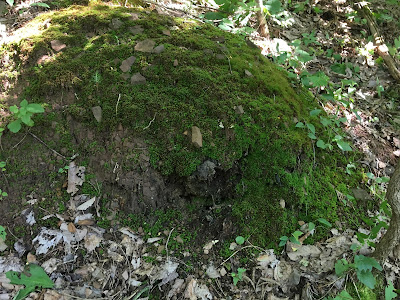 On the trails to the west, we have found lots of these little moss-covered hillocks, which we refer to as "burial mounds." For no good reason other than that they remind me of Native American burial mounds I've visited. 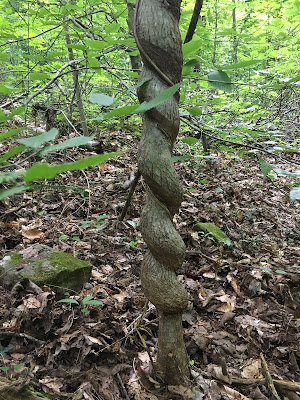 This cool tree was shaped by a vine that twined around it when it was smaller. 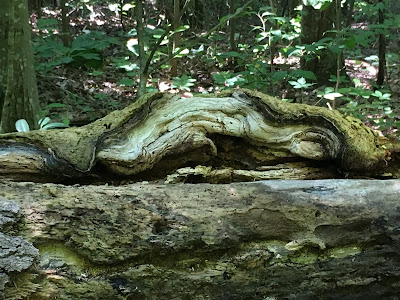 I love it all - every tree and fallen log and plant. We have made a couple of trails up to the western ridge and Sunday made another one down to the front of the property. Some of the trails incorporate old logging roads. 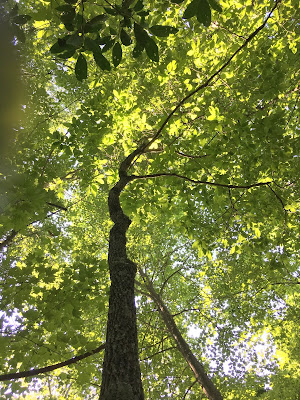 We are working hard but it's fun work. And occasionally, I take a moment to just lie on the forest floor and stare up through the canopy. Not a trail-building day goes by that we don't look at each other at some point and say, "Can you believe this is all ours?"
Posted by Secret Agent Woman at 5:57 AM