I'm having to take my over-heating computer into the Apple store, so I've been using it sparingly. Just a couple of quick things from recently. 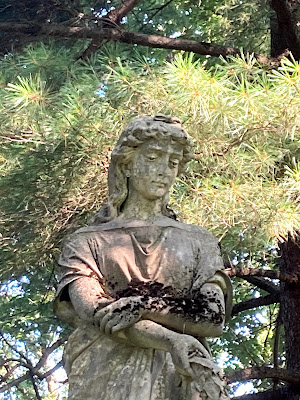 One was a trip up to Louisville to visit my older son. He is extremely private so no photos. He is now with an optometry group and wanted to show us around the office. As we left, the office manager called to him, "Bye Doctor!" He seemed confidant in his new role. His girlfriend, also an optometrist, joined us for dinner and then we went to their apartment to meet their dog, a sweet furry Old English Sheepdog/Poodle mix. It's really nice having them just 250 miles away and I am already planning our next visit. While we were in town we also met up with my sister-in-law for lunch. She is a sweetheart who was a rock thorugh my cancer and I treasure that relationship. The next morning on our way home we stopped in Lexington to visit my Dad's grave and do our traditional bourbon toast, pouring one on his grave. It's really a beautiful, peaceful cemetery. 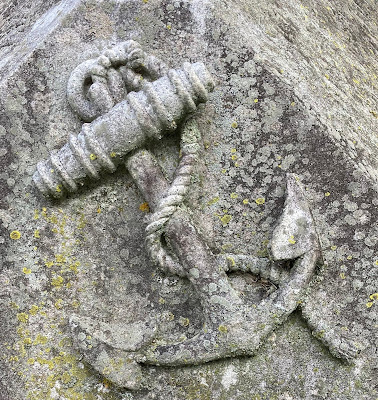 The family has a long history in Lexington so there are relatives buried there from a couple hundred years ago, including government figures like former Vice President Breckinridge. And loads of family whose gravestones bear military insignia. I know my father would love being here. 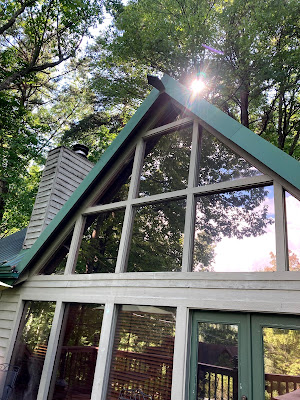 This past weekend more of my in-laws (sister, brother, his wife and the kids) rented a cabin in the Smokies and we went down for the day.  It was nice hanging out on the deck and catching up in our first visit since the pandemic started. As we drove home that night, I texted my younger son to see how he was doing with the heatwave in Portland. When he moved to work with the tree service company his dream was to make it his career and become a climber. He started as ground crew but has advanced to climbing and told me in our last phone call that he loved it. He texted me back that evening to say he had foremanned his first job on Friday. I don't know what it was about that, but an unescapable truth just walloped me as we drove - my baby boys are well and truly men now. The fact that they have both landed in good spots in their lives brings me so much peace.
Posted by Secret Agent Woman at 10:38 AM