And so this is Christmas... 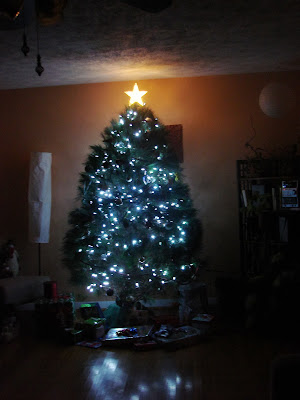 I had a more contemplative Christmas than I generally do and I'm not sure that's all bad. I actually weighed the cost (not financial) of an invitation the night before Christmas eve - Festivus! - and declined, deciding I'd like to spend the time quietly instead. Or mostly quietly. I did manage to watch some absolutely abysmal Christmas movies on Netflix while I wrapped presents and filled stockings and broke beans for tonight's dinner. The last straw was what surely must be the single most poorly acted Christmas movie ever made. It's called "All She Wants for Christmas." One of the two leads was supposed to be an MBA-candidate who was doing research on corporate efficiency. She had a really high-pitched voice, ended each sentence with a rising inflection and interspersed business jargon with incessant giggling. Yeah, she ought to make a killing in the business world. If you are ever bored and tempted to watch it, you might be better off pounding your own head with a hammer. Consider that a public service announcement. 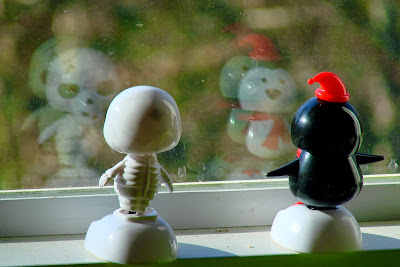 So I was glad to see the kids arrive this morning, bringing their music and laughter and general chaos with them. At the moment, they are playing guitar and violin and the now-familiar tune of "Rocky Road to Dublin" is wrapping around me.  I enjoyed watching them empty out their stockings and plow through the candy and giggle over the toys I always add in. It's fun playing Santa. 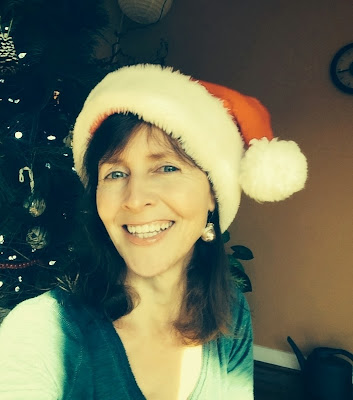 I went for a walk out at the lake this afternoon and watched a couple of young kids testing out their new bikes. The smaller of the pair had a spectacular first crash and I was a lot closer than the rest of the family, so I ran over and hoisted the little girl to her feet and had her hike up the leg of her pants so I could check her scuffed knee. No blood, and she thanked me through her tears. I was struck by the battle on her face between her pain and her interest in interacting with a friendly stranger. Another life metaphor handed to me, and I walked away feeling lighter.
Posted by Secret Agent Woman at 9:36 PM