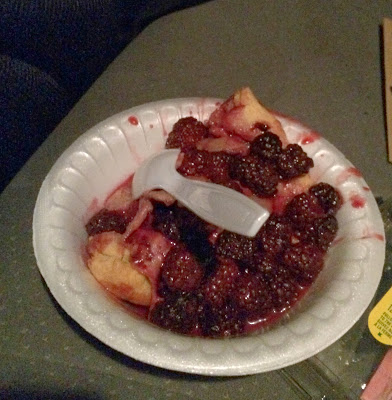 Last minute plan change and it was decided the boys would go with me to Georgia for Thanksgiving.  My older son came rolling in about 3:20 Thursday morning and we decided to load up the car and hit the road at 4am, for the 7-8 hour drive.  My son's girlfriend had made a blackberry pie so I tried eating my piece as I drove. I don't recommend this.  On my chore list now is cleaning the seat the piece of pie was sitting on. 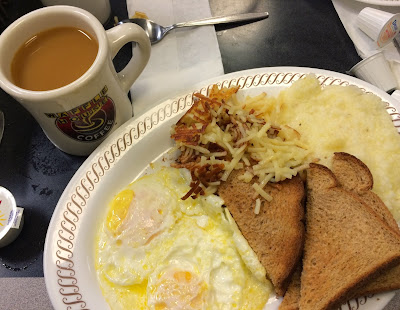 Our tradition is to stop at a Waffle House along the way for a big plate of tan.  I get the same thing every time - coffee, two eggs over medium, whole wheat toast, hash browns and grits. 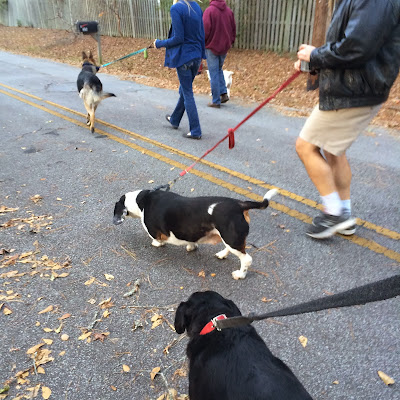 We got to my mother's house just before noon.  When everyone was there (the three of us, my mother, two brothers, sister and niece), five of us took my mother's four dogs and my niece's dog out for a walk.  The dog I was walking, at the front of the photo, is missing a leg.  The little chihuahua was actually being carried because she is old and arthritic. 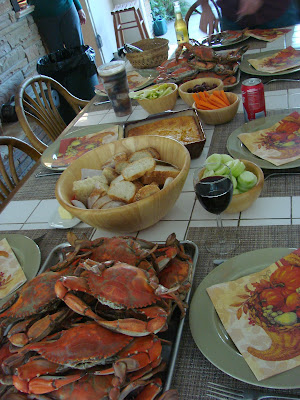 Our unconventional Thanksgiving meal.  My family loves a good crab boil.  Or at least, the members of the family who grew up in Georgia do. 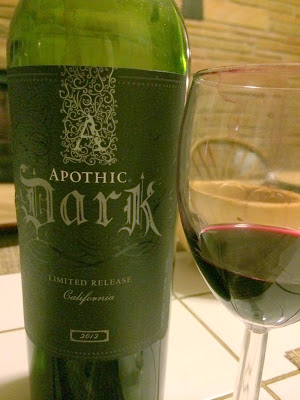 There was plenty of red wine, of course, including this interesting Apothic Dark which claims to have notes of blueberry, blackberry. coffee and chocolate.  For the life of me, I just can't discern that sort of thing. 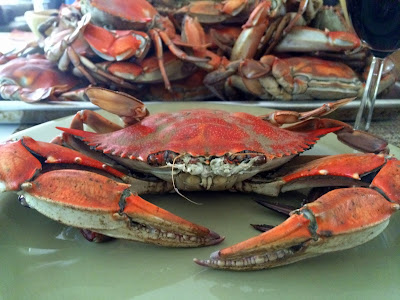 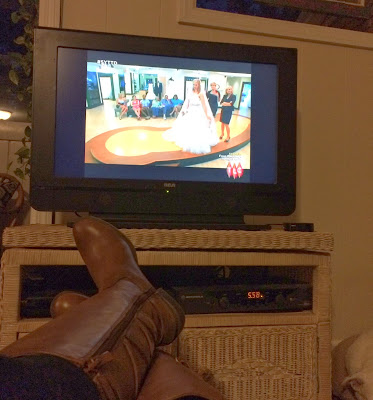 The next day, my sister and I took a long walk around town and then some of us watched part of a bride dress show marathon, loudly criticizing the silly pun-laded script and the outrageously priced gowns.  Seriously, there is something twisted about spending what would make a solid down payment on a house on a dress you will wear for only a few hours. 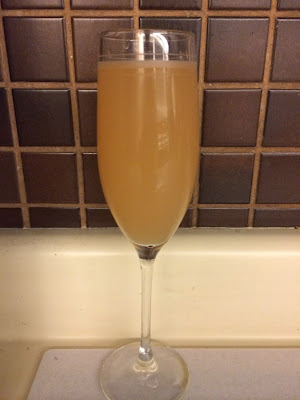 We had champagne, Earl Grey and grapefruit juice cocktails after dinner and sat around talking. My youngest brother and my sons had gone to see the movie "Thor" and that got us into a discussion of family history I didn't even know about. I usually tune out when genealogy gets discussed because it gets into such mundane detail about people who died a long time ago. But it turns out, a branch of my mother's family were Vikings from Norway who settled in Scotland. And my own last name, from my father, is from the Normans, the folks in France descended from Viking invaders. That branch of the family went with William the Conqueror to Britain. 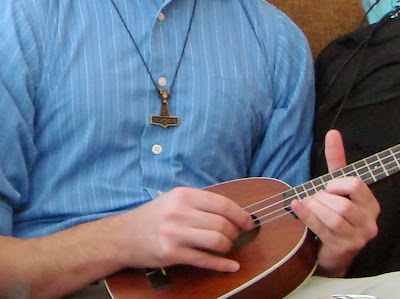 Who knew? Vikings on both sides of my family. The peace-loving Quaker in me cringes a little about this information. But my older son, who wears a Mjölnir (Thor's hammer) pendant around his neck and keeps a journal in a runic alphabet he created, felt vindicated. 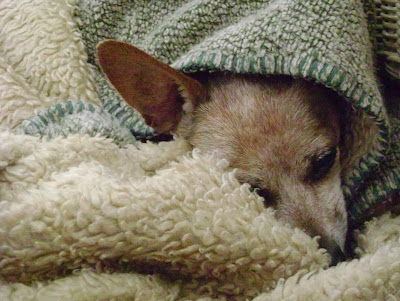 The second night, everyone accompanied us out to the car to say goodbye because we'd be leaving before dawn the next day. As I was driving back to our hotel, my older son was laughing uproariously in the back seat. He finally choked out, when pressed, that it was "a joke that went too far."  I got suspicious at the level of merriment and turned on the light. There, quivering on the floorboard and partially covered by my backpack, was the elderly chihuahua. My youngest brother had stashed her there as a joke. I made a U-turn. Back at the house, I tucked the tiny dog under my arm like a football and marched her back into the kitchen, which was filled with my laughing, crazy relatives. Any Southerner could tell you, they ain't right.
Posted by Secret Agent Woman at 5:13 PM