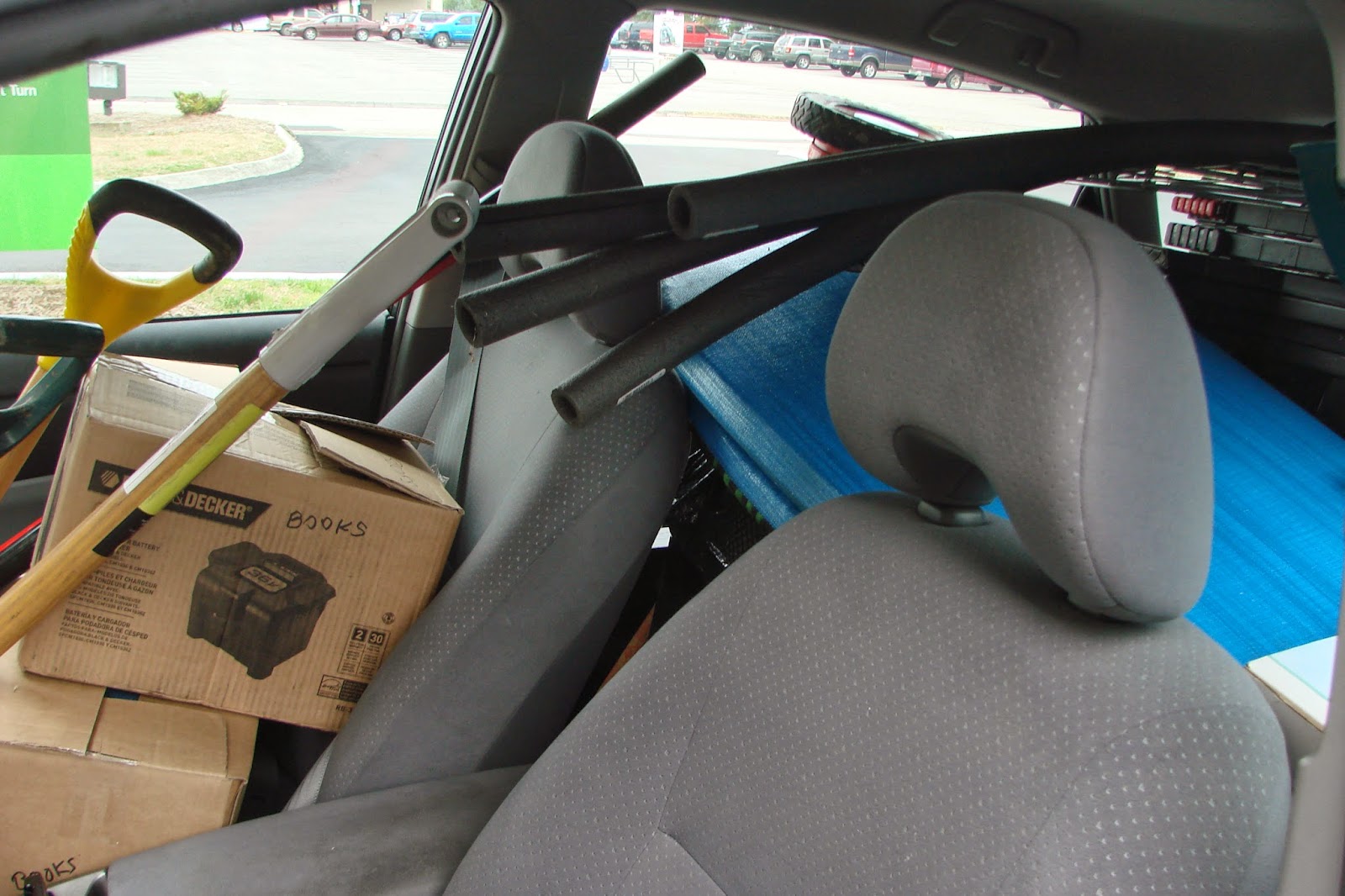 Working on the notion that a less cluttered house is easier to sell, I went against my long-standing anti-storage unit stance and ponied up the first month's rent on a unit. I just do not like the idea of rental storage - why pay to house things you don't even want to be using? But in transitional situations they can make sense, so I am temporarily packing away things I won't need for the short-term. As you can see, a couple of boxes of books that I didn't get rid of headed to storage. 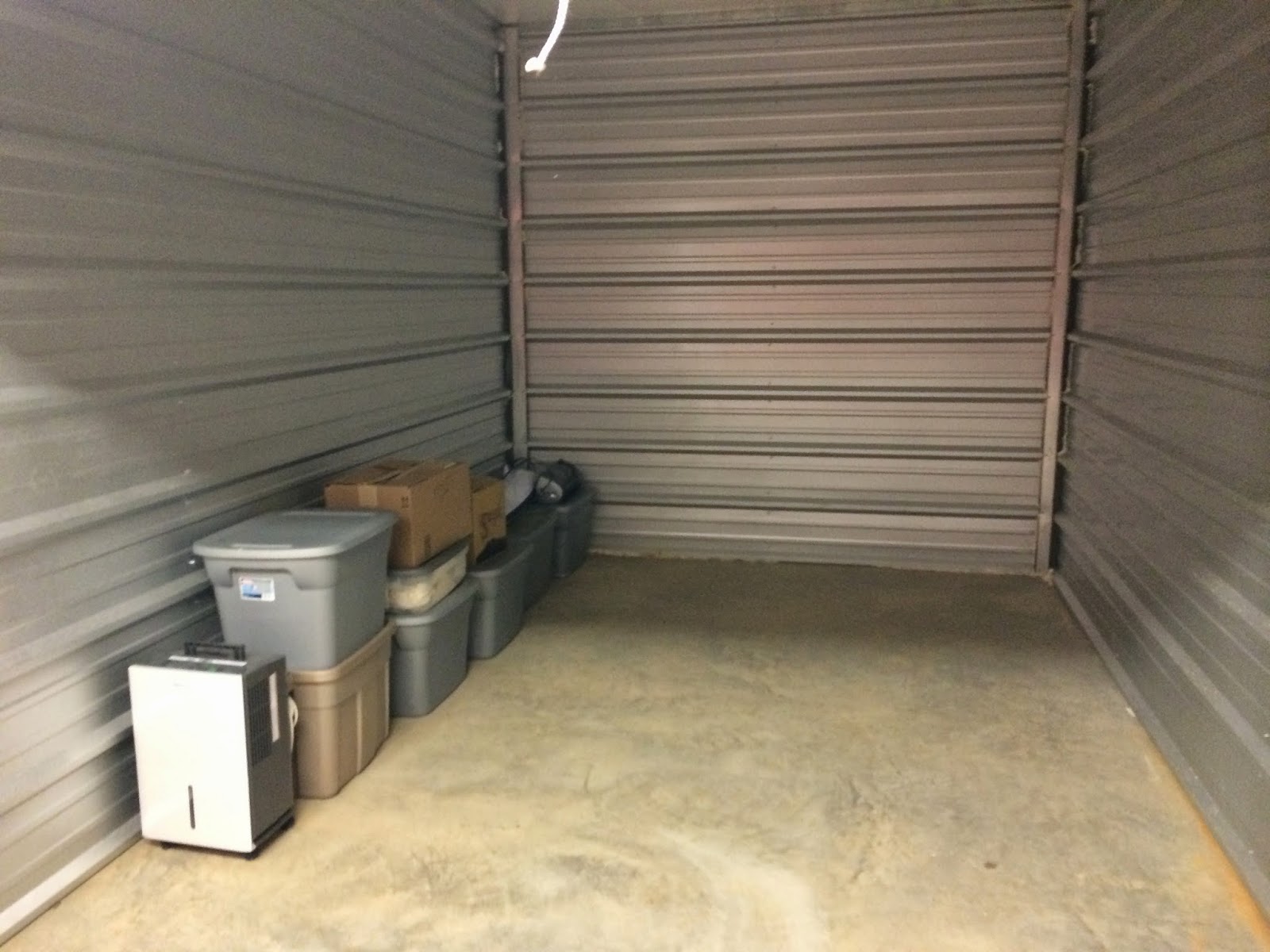 The first load I took on Thursday looked a little forlorn in the cavernous space.  Given our proximity to a temperate rain forest, I went with a climate-controlled unit so I won't come back to find it mouldering away. That means that I have to park outside and lug things in through a hallway. 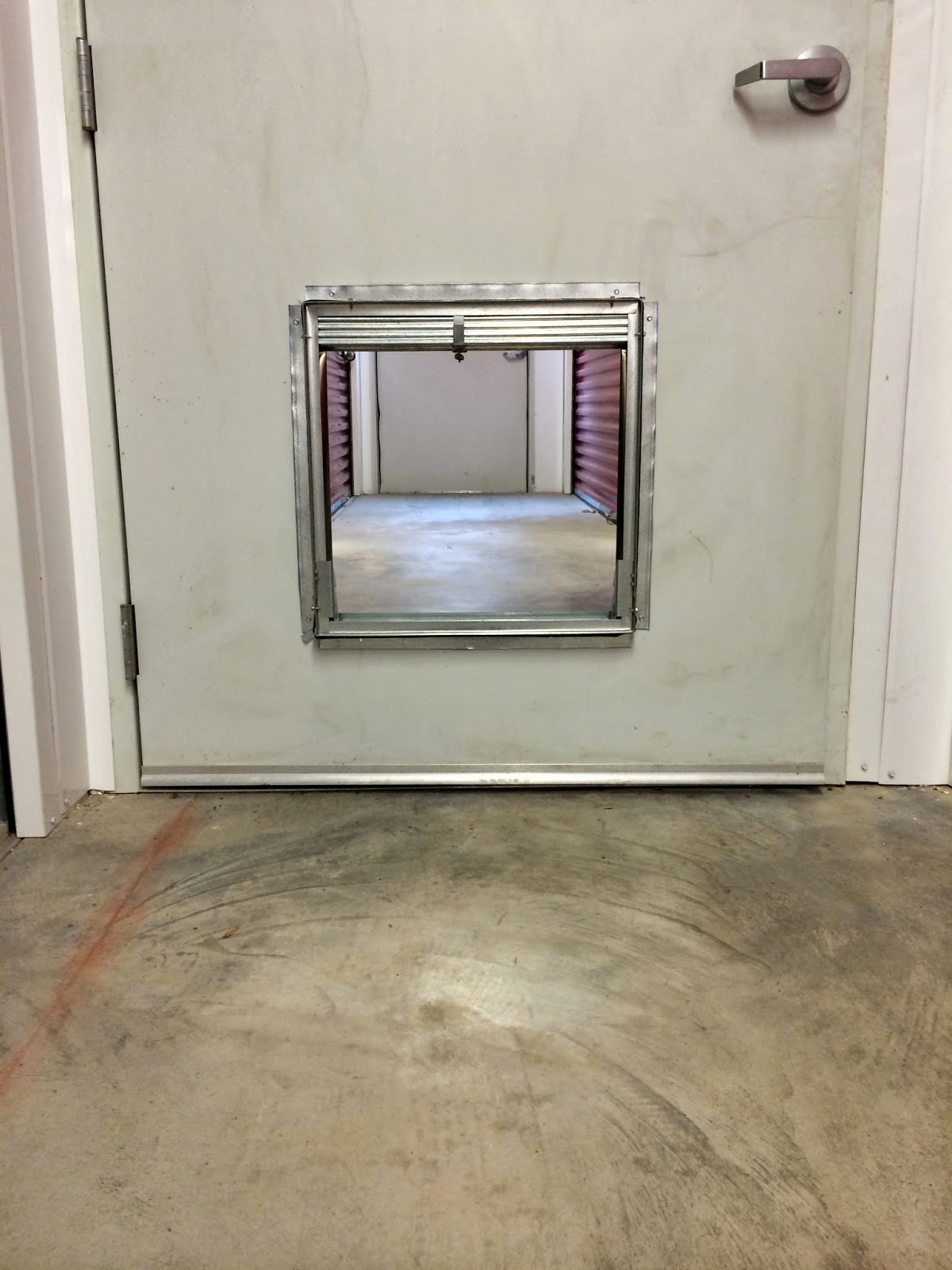 For reasons that aren't clear to me, the hallways have doors every few units. They are kept propped open and I have to close the one next to mine to be able to get at the lock. I accidentally let it slam shut behind me and then no amount of pulling on the handle would budge it. I had to crawl through this little opening in the door and then kick it right under the handle to open it.  t was one of those ninja moments. 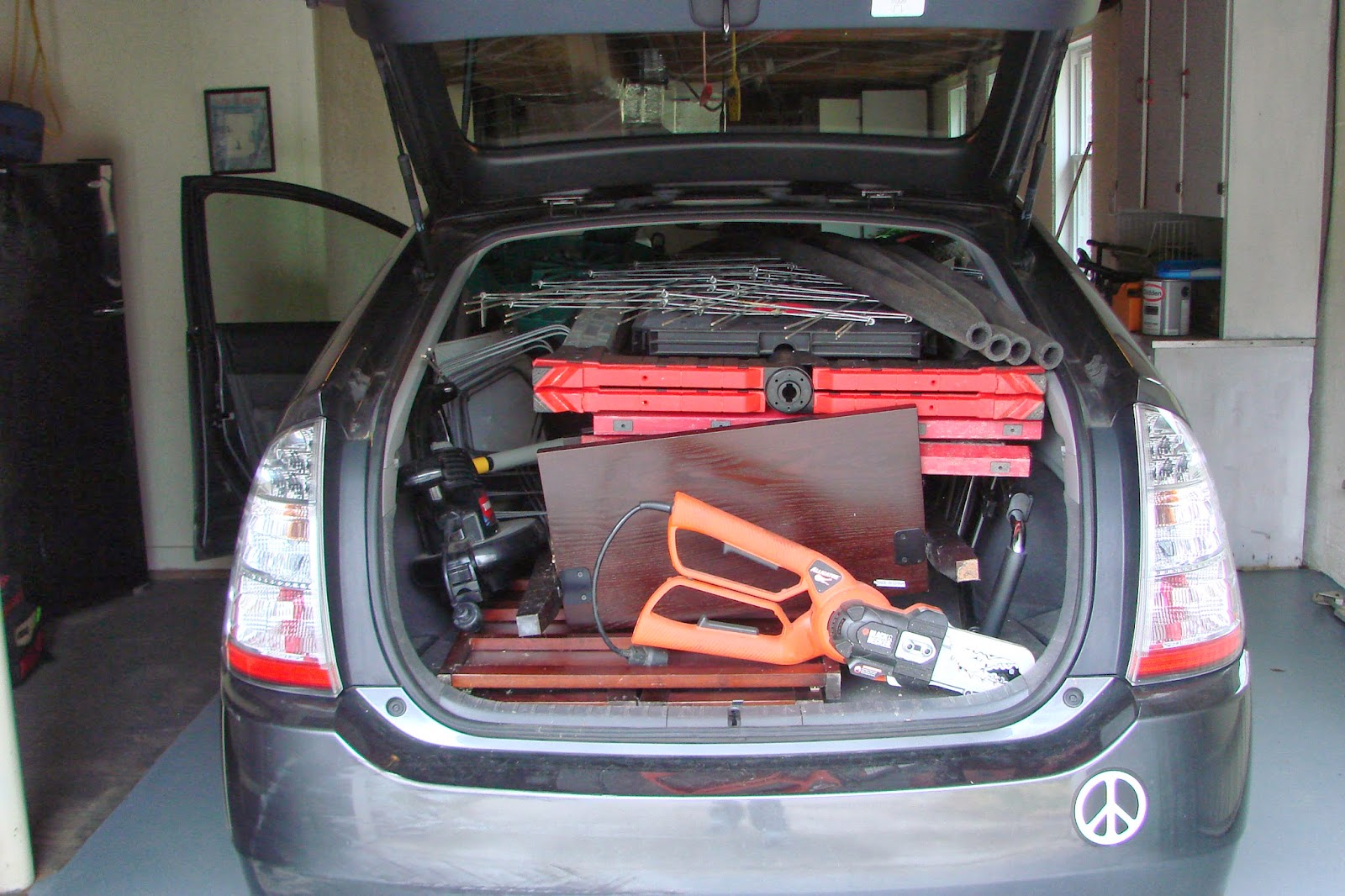 It's remarkable what you can fit in the back of a Prius. I thought it would be halpful to have the basement also look as spacious and clean as possible. It's huge, actually - almost 2000 SF, including the garage and bomb shelter. In fact, the space under the house is bigger than the living space of the house above it, because it extends under the screened in porch. I concentrated on moving stuff that I normally keep there. Tools, gardening equipment, sawhorses, and the boxes of Christmas stuff.

A complete aside - in my cleaning, I found a little notebook that I think belonged to my younger son years ago when I was still married. He'd only written on the first three pages and was obviously figuring things out:
page 1 - "8 1/2 weeks till Chrismas"
page 2 - "Mom and Dad's closet"
page 3 - "won't let us in closet" The storage unit at the end of the weekend, after four loads. I plan to take another load in the morning before work and then just take things whenever I'm going into town anyway. In the meantime, I continue to take loads in to the Goodwill-like agency run by the college in my town. I'm finding that one of the tricky things about de-cluttering when you don't know where you are going to live next is that, well, you don't know where you are going to live next. For instance, will I have a fireplace? If not, I don't need the fireplace tools. But if so, no sense in getting rid of them and having to buy a new set.  I'm now viewing the de-cluttering as a two-part process. I'll get rid of what I don't need under any circumstances now and then do another wave after I've moved and furnished the new place. And then I will happily go back to not renting a storage unit.
Posted by Secret Agent Woman at 8:53 PM