Slowly coming up for air. 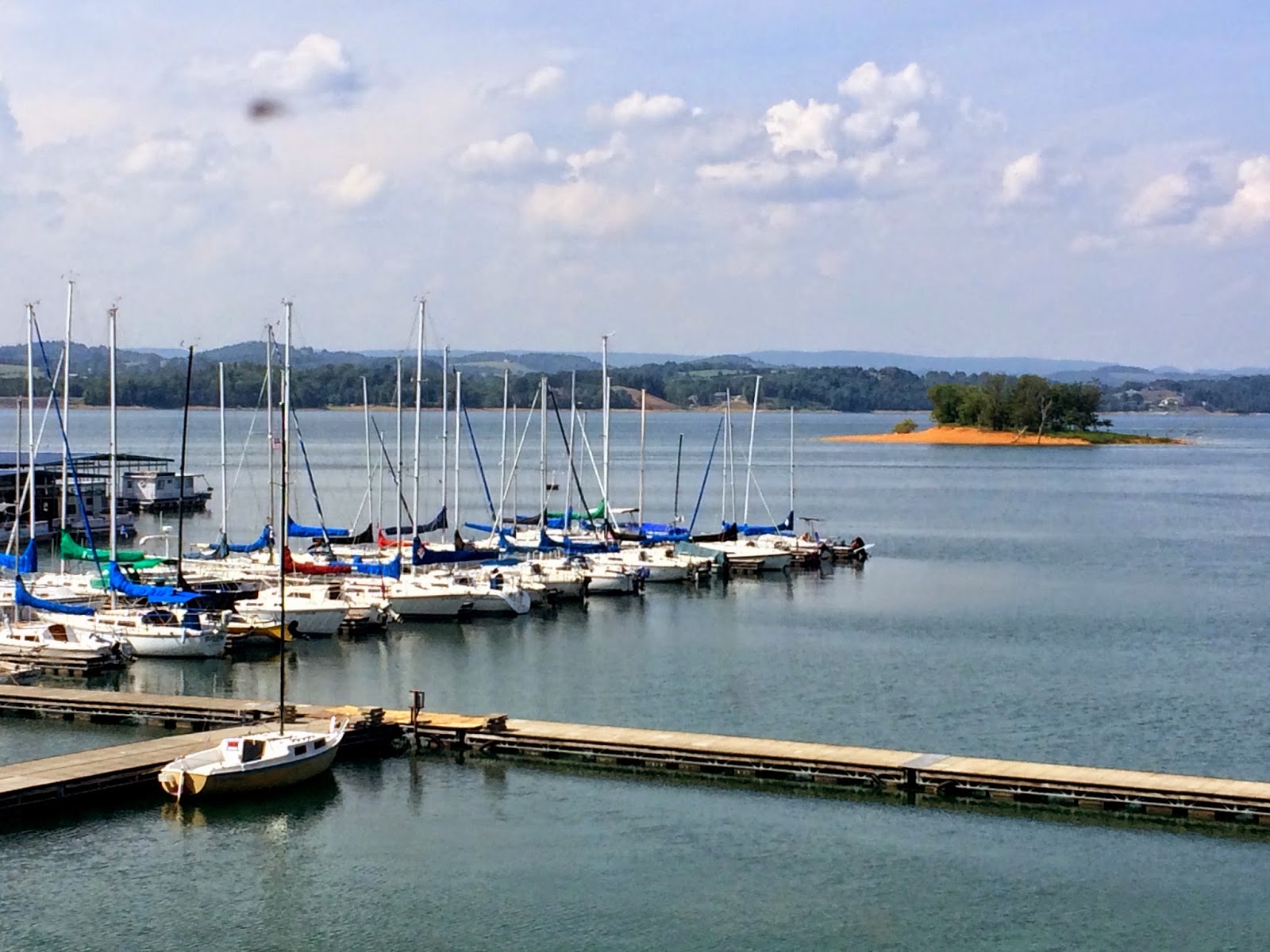 It seems so much longer than a couple of weeks ago that my younger son and I were having a final dinner out on the lake that I already miss. Everything has gone at a break-neck pace since. The movers showed up and managed to get my whole house loaded on their truck in just under two hours. The next day I closed on the house I was selling and headed out to do the walk-through on my new house. The seller, a very nice woman, let me move my things in before closing, since we couldn't schedule our closing until that afternoon. She told me at closing that she had obviously sold it to someone who would love the house as much as she did and that made her happy. 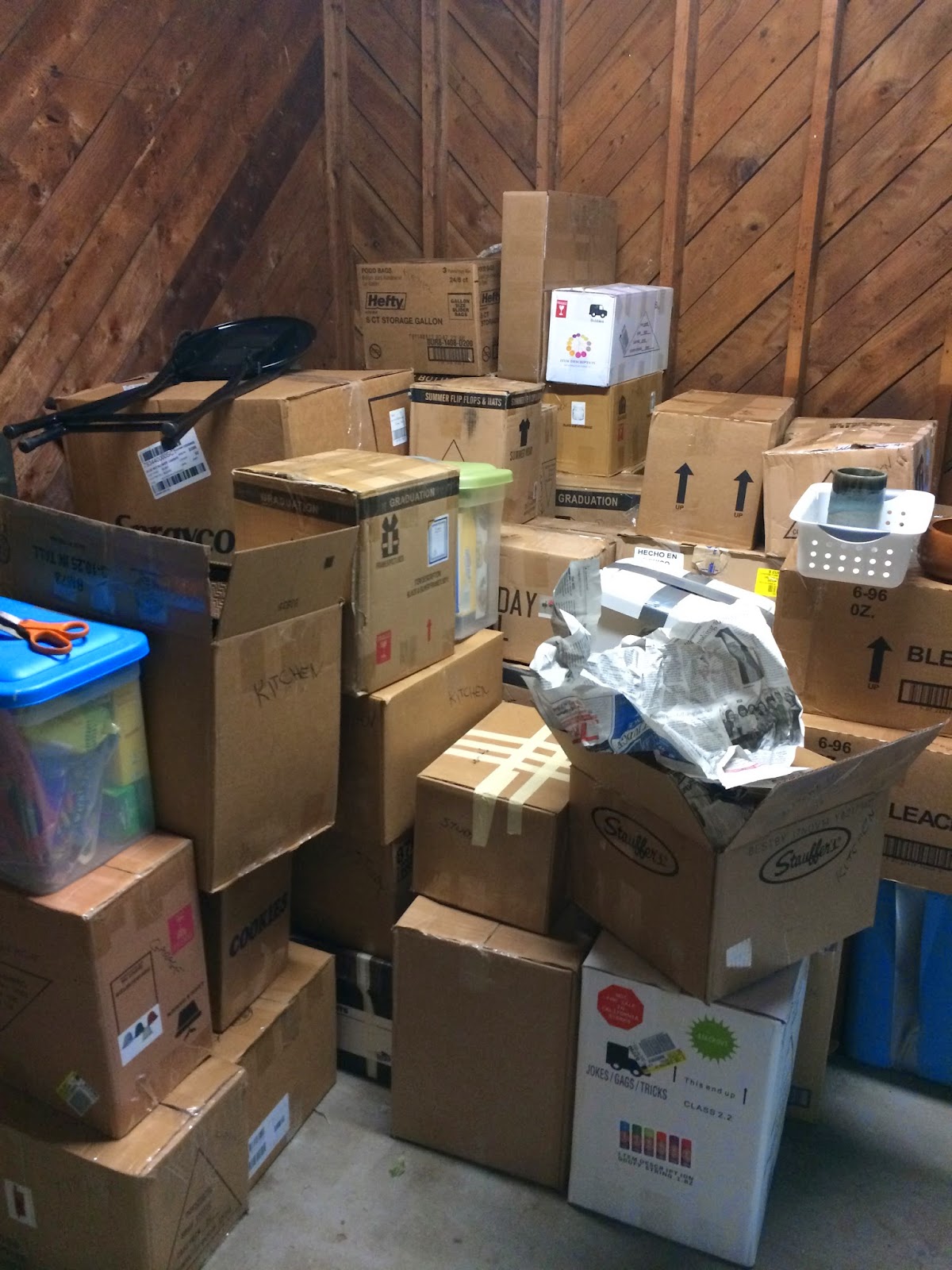 The same young guys who loaded up my things arrived to unload. In the garage, they were brought up short by the sight of the washer and dryer left behind by the seller, just as I was during the walk-through. I said I planned to keep my washer and her dryer and asked if they happened to know anyone who needed a set. One of the guys said, "Actually, I've been looking for a washer and dryer." I said, "Great! They're yours!" It seemed to take him a minute to believe that I was just giving him the extra set. But to me it was a win-win. He got a free working washer and dryer, I got to do something nice. What's not to like about that situation? 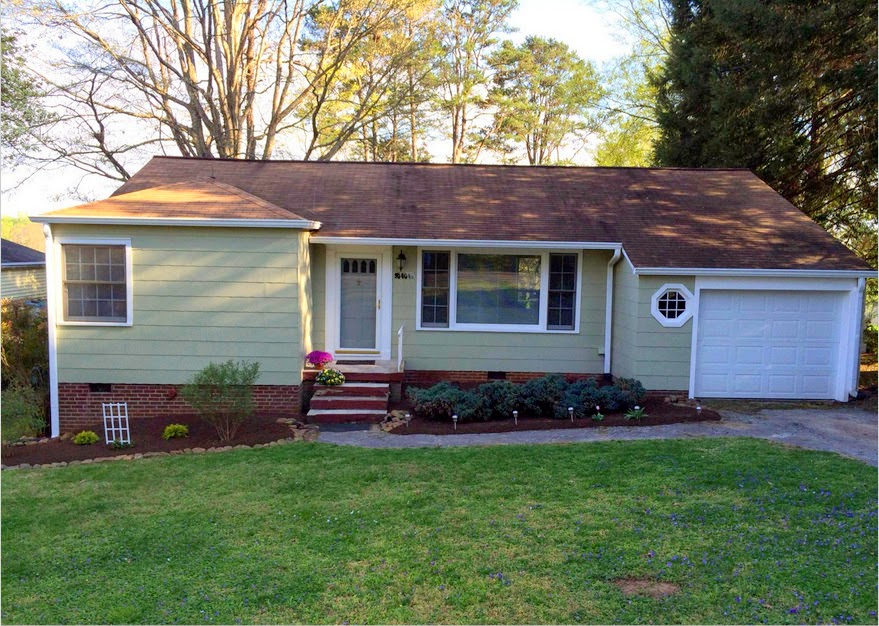 And what's not to like about this adorable little house? It's perfect for me. Needs some landscaping, but that's right up my alley. 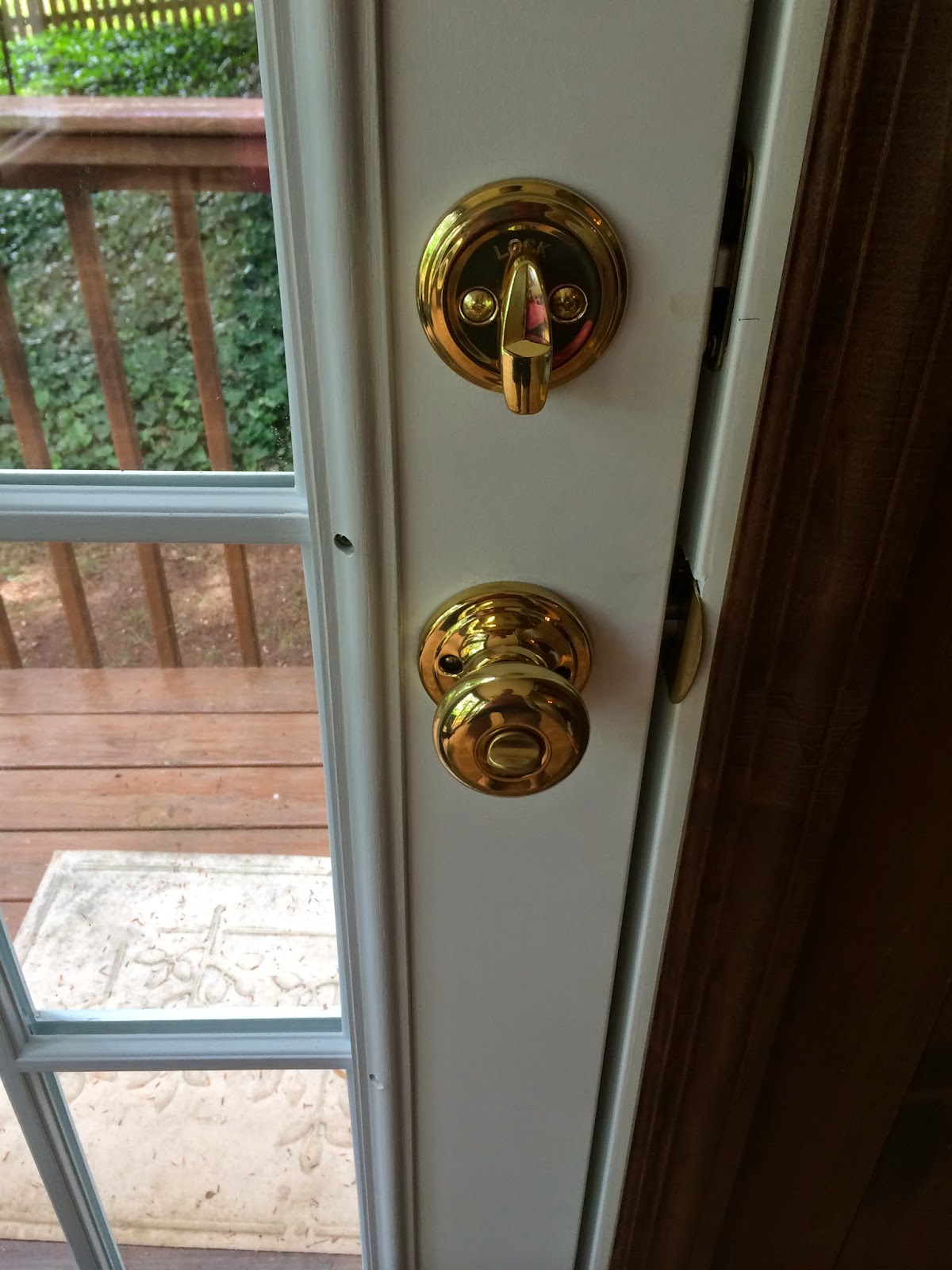 First things first, I set about changing locks on the doors. You never know how many keys are floating around out there. This house has three exterior doors. I'll get to the door into the garage after I've had a chance to paint it - you'd have to be able to get into the garage to get to it anyway. But I started with the back door. 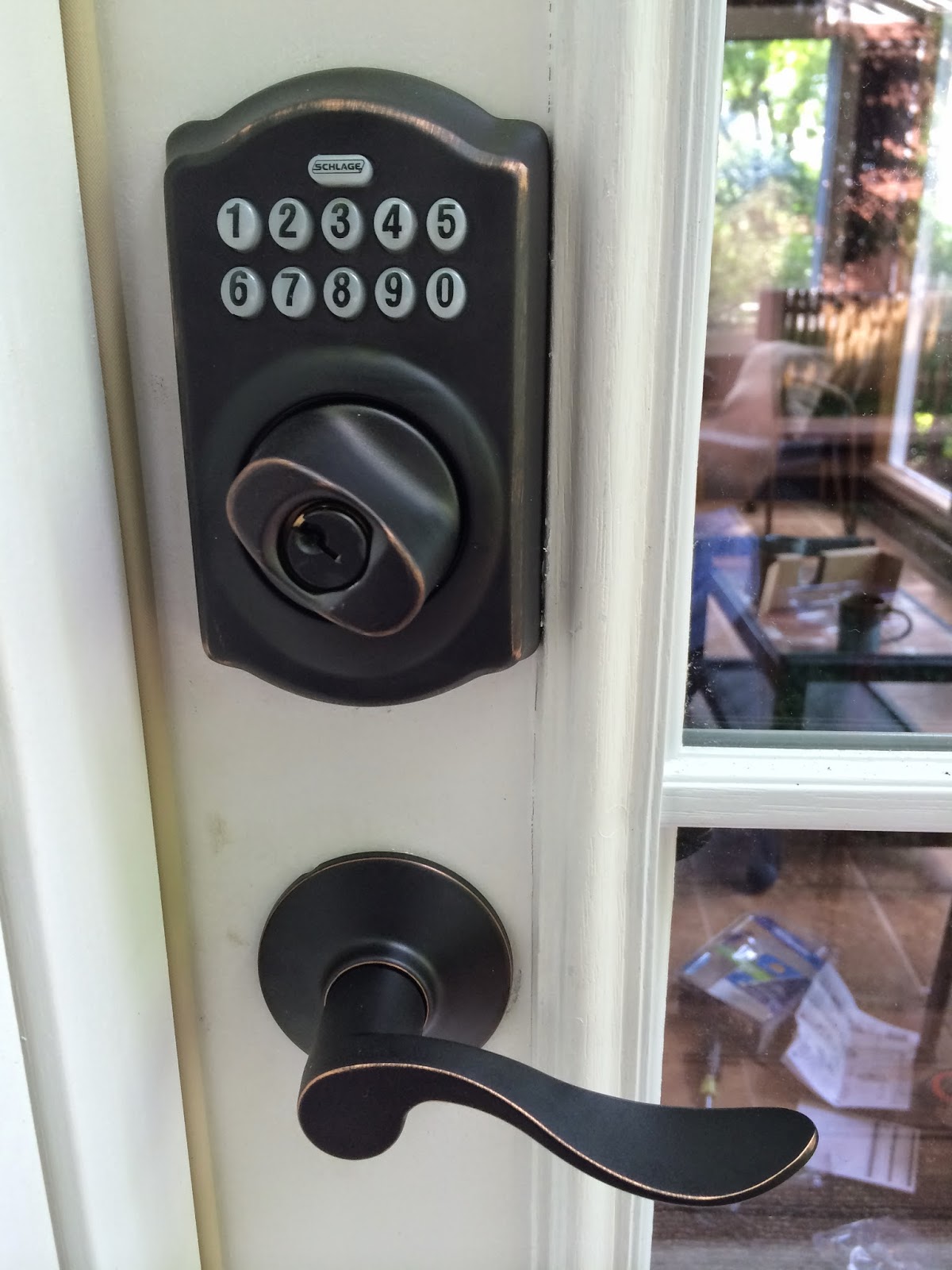 I went with deadbolts that have a keypad. No keys to hang on to and you can program temporary codes as needed. And yes, I'm aware that if someone really wants to get in they can just break through the glass. 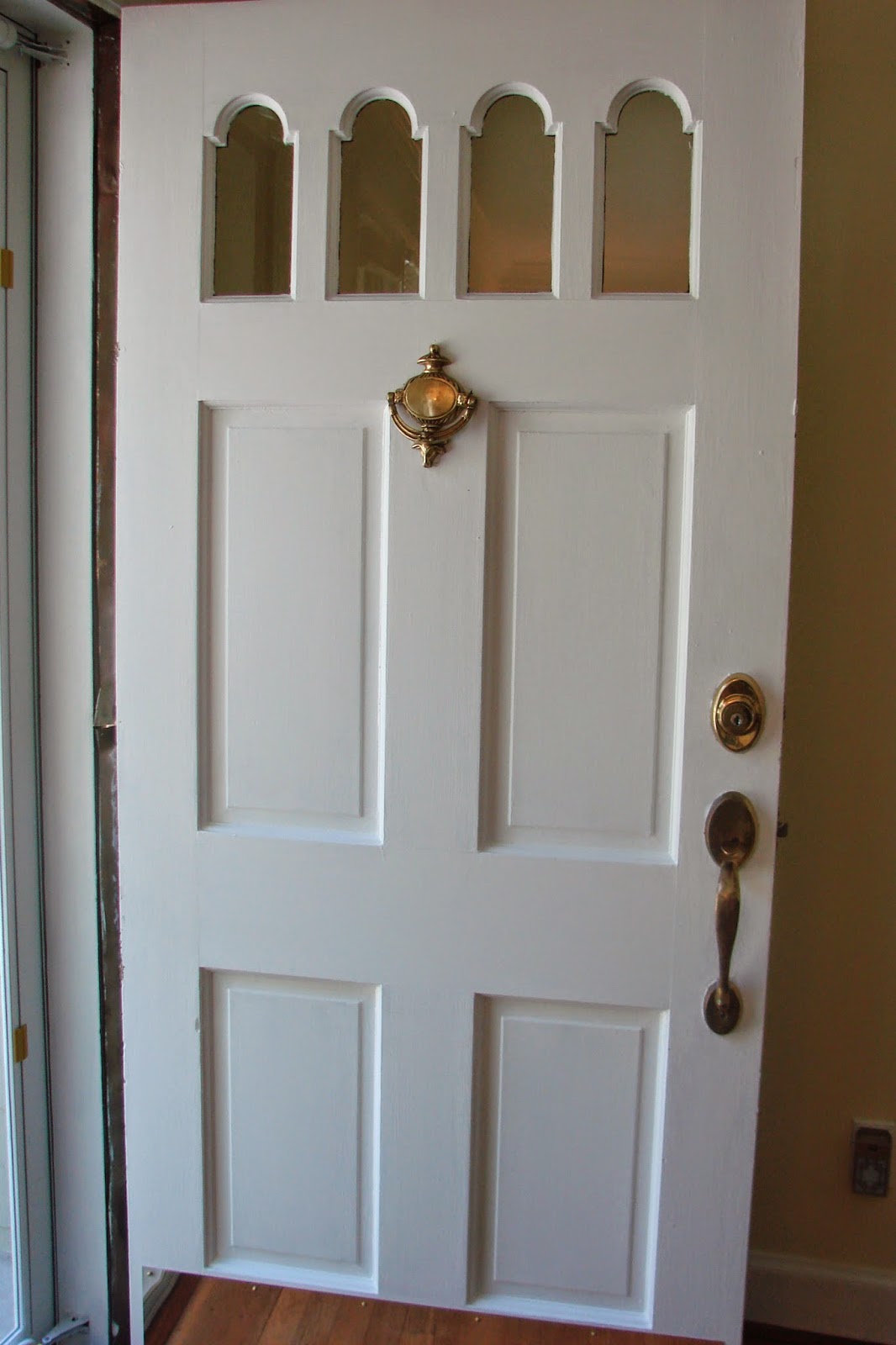 Next up, the front door. It was originally a dark green and the owner had painted it white. Which is fine. But I like red front doors. They just make me happy. 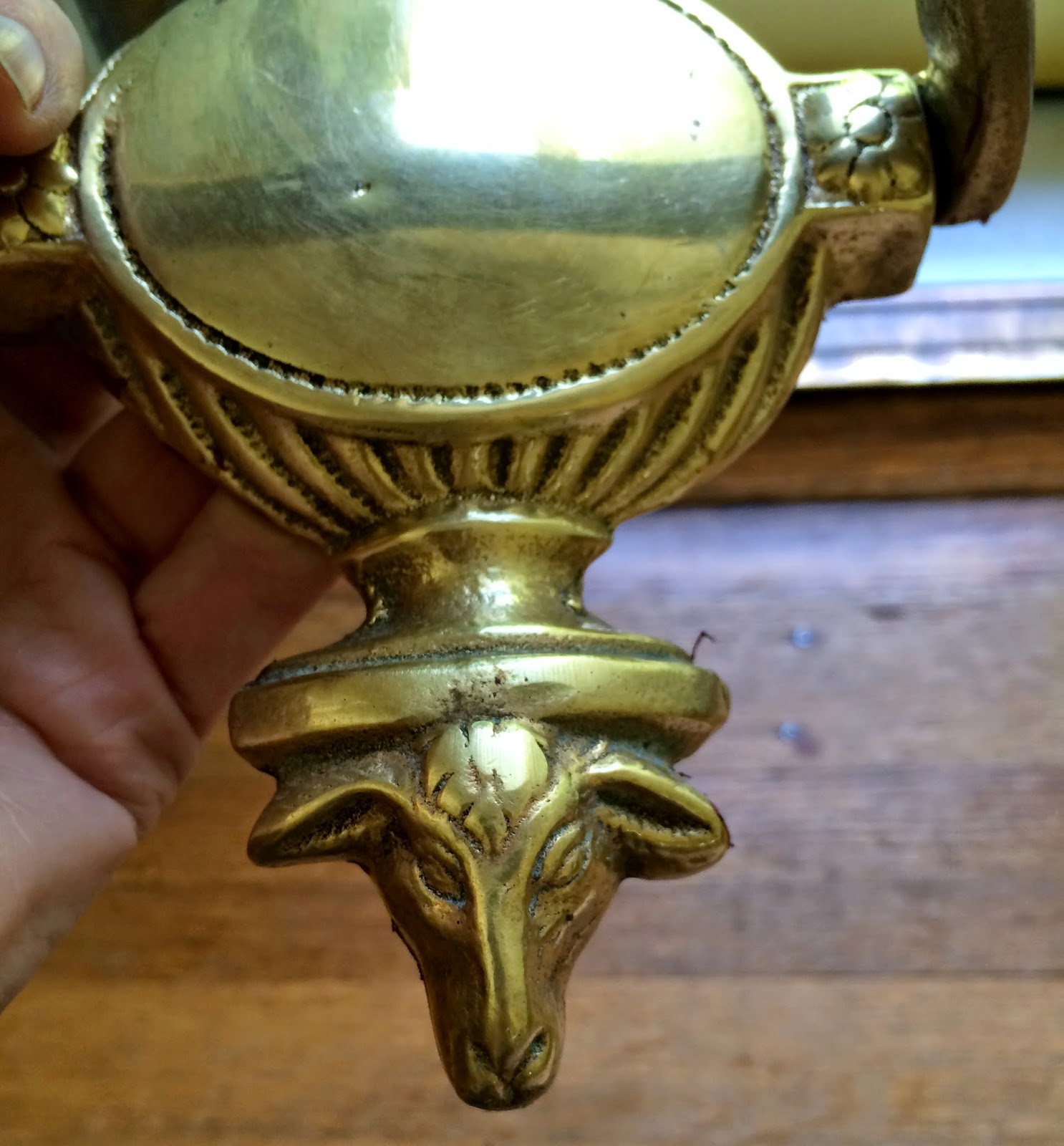 I really loved this odd vintage brass door knocker with a sheep's head. Seems almost pagan to me. I removed it so I could paint, but there was no way it wasn't staying with the door. 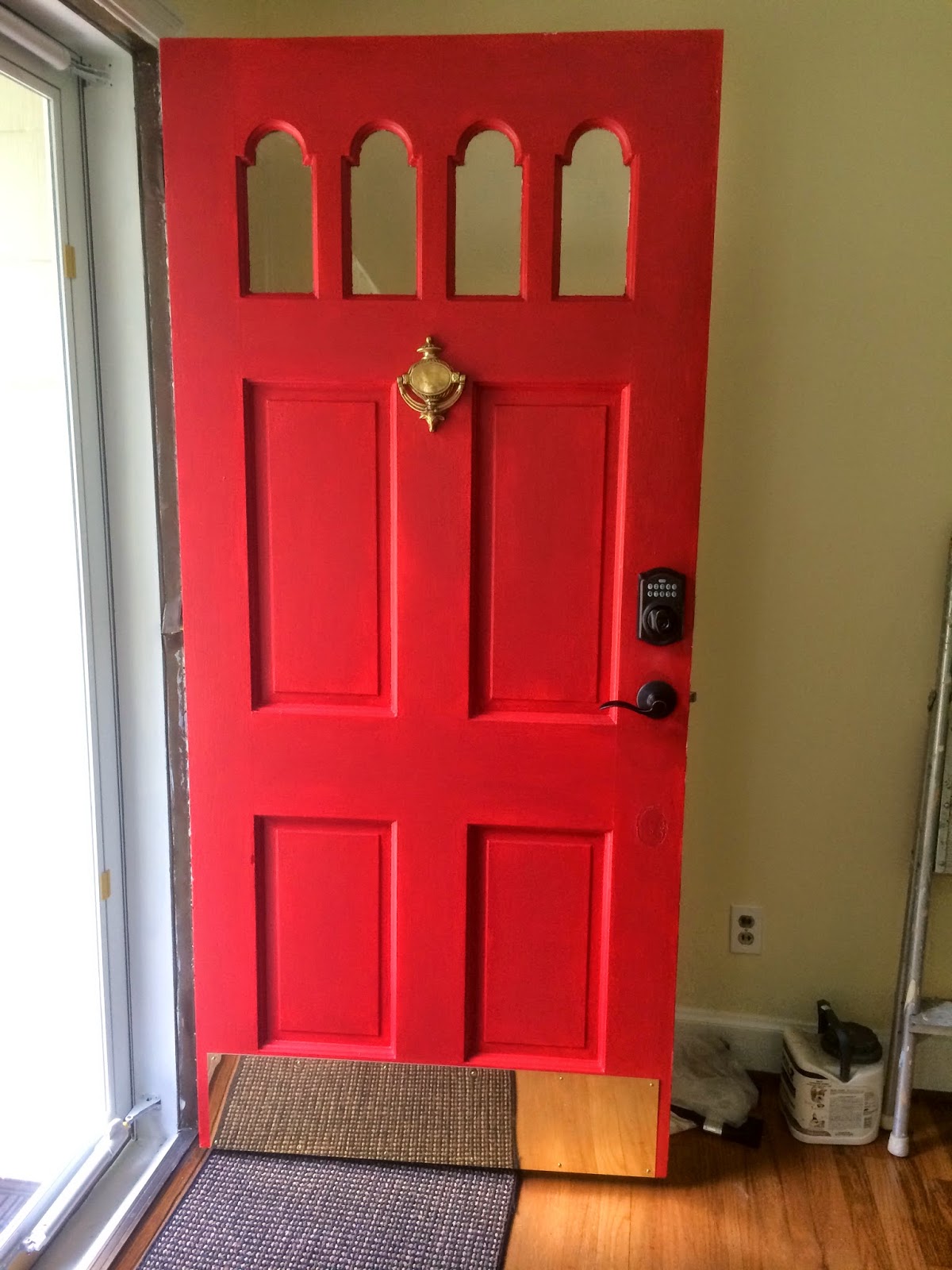 I found a can of red paint in the garage and now my front door looks like this. 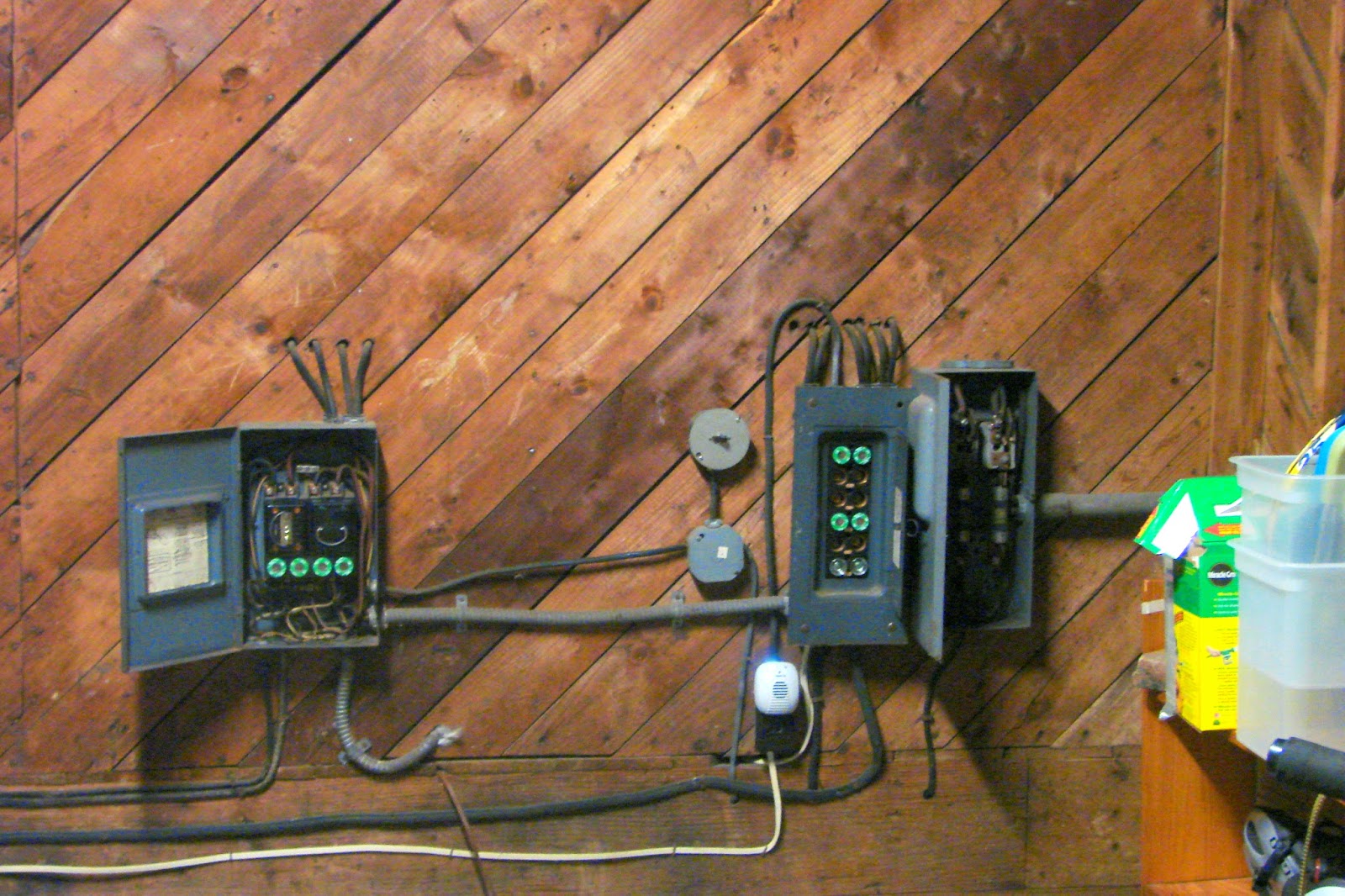 This go round there won't be a huge kitchen or bathroom remodel - I'll paint and so on, but I'm putting money into fixing things up that are dangerously outdated. Like the electrical system. Three fuse boxes, all with double-tapped fuses and crazy exposed wires running everywhere. Add to that ungrounded three prong outlets, insufficient wiring for the major appliances and an inadequate wire to the house. Conversation with a home inspector about updating the electrical system:
Me: "So it would make sense to swap out the fuses for those flippy things? That's the technical term, I believe."
Him: "Yes, definitely. Those flippy things are also called circuit breakers."
Me: "Or that. And then don't they make tube thingies to put the wires in?"
Him: "Yes. Conduits."
Me: "Either way." 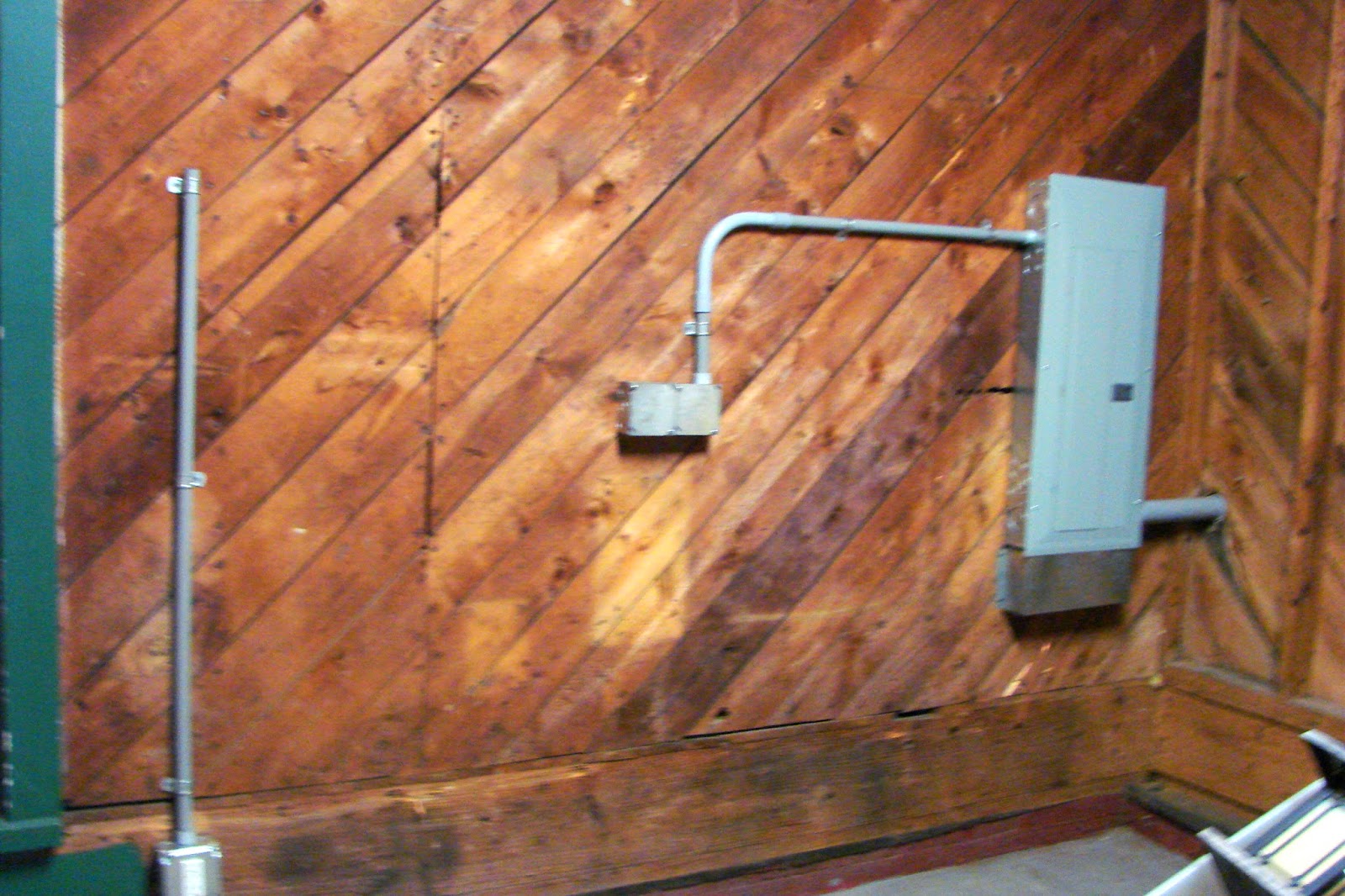 I called an electrician for an estimate. They were here for the better part of two days, and put in a new main power line, a new circuit box outside, new circuit box in the garage, cleaned up the wiring system and put all the wiring into conduits. They also put a GFI in each room and changed the other ungrounded plugs to two-prong outlets. My house is now up to code. And best of all, they came in under the estimate! How often does that happen? 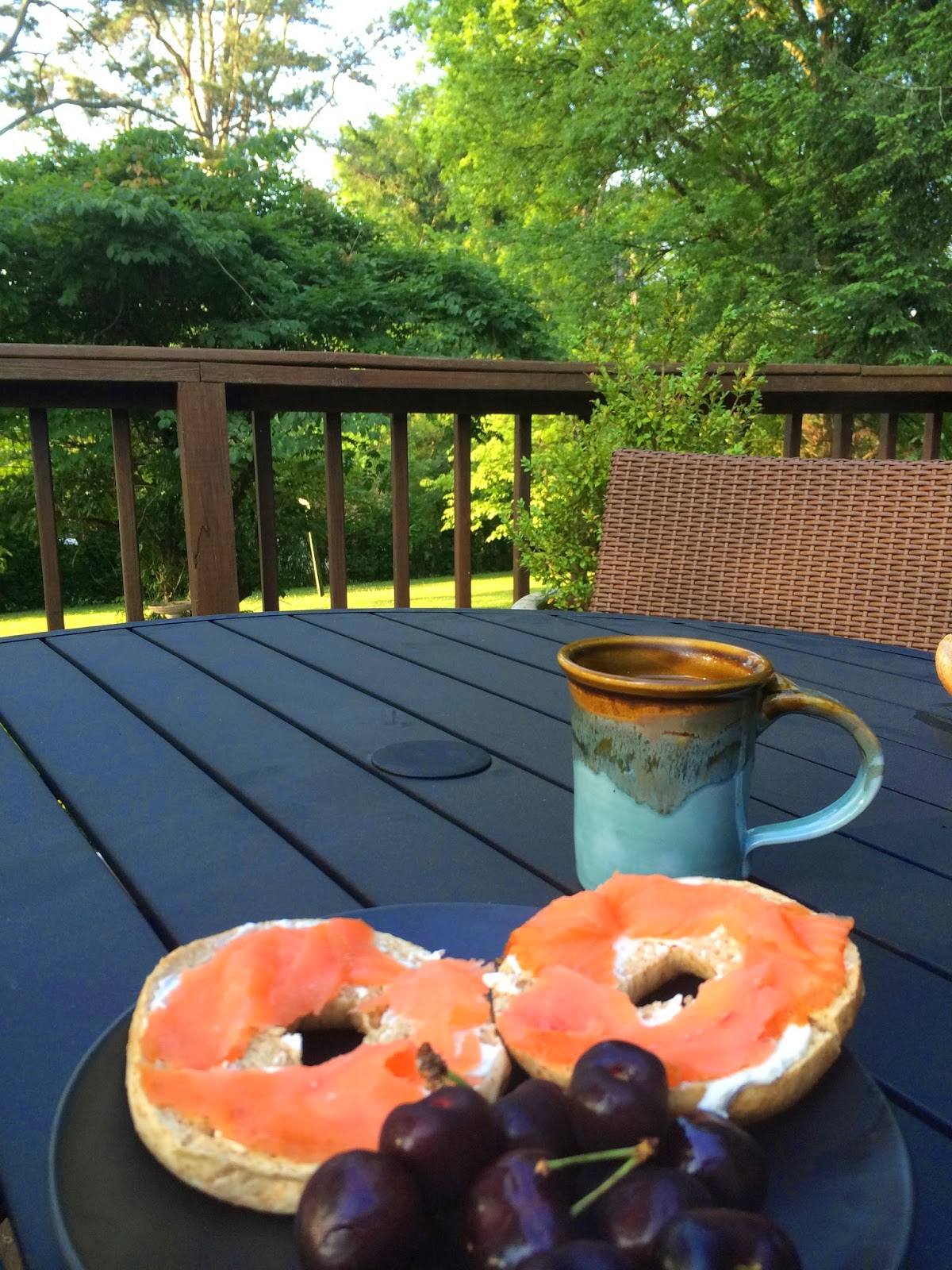 I have a lot of work to do, which I'll be blogging about as I go. But I have to say that when I have breakfast out on my deck, I am blissfully happy. It already feels like home.
Posted by Secret Agent Woman at 9:33 PM