You know those weeks? 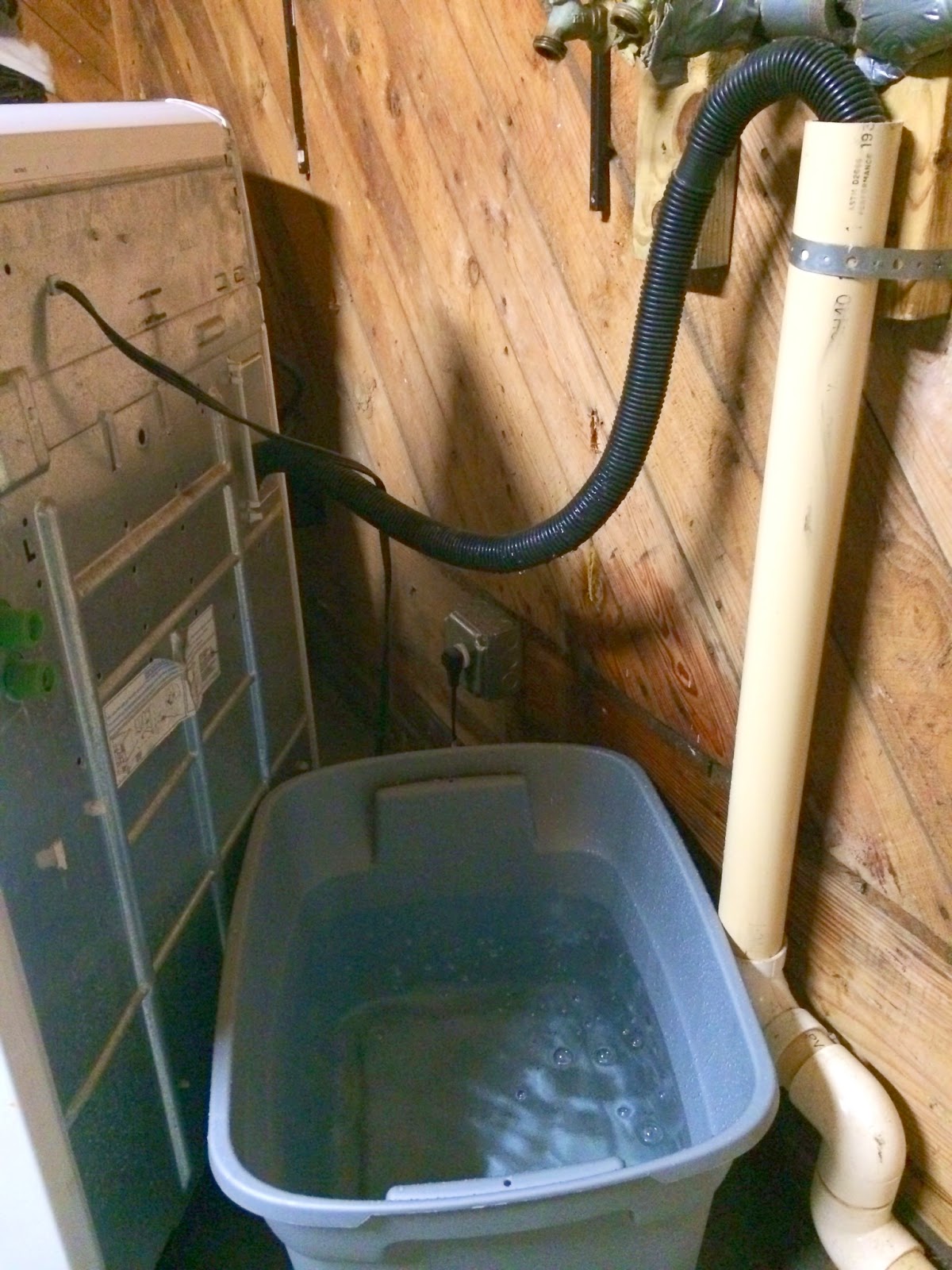 On Sunday, one of the faucets connecting to my washer sprung a leak. I tried tightening where the hose connected, but it appeared to be the faucet itself so I called my home warranty company Monday morning and they gave me the number of the plumber I was required to use. He wasn't available until Tuesday, so I picked the latest time they allowed, 1 pm to 3 pm. I canceled five patients and waited. Until he arrived at 3:10. As he was tightening the faucet he said, "Couldn't your hubby do this?" I said, flatly, "I don't have a 'hubby'." Not picking up on social cues he persisted, "Don't you got no sons to help you?" Again, expressionless, I said, "If I had known that was all it needed, I'd have done it myself." I forked over the $75 deductible and he left. Ten minutes later, it started leaking in earnest. I called again and he said he'd be out the next morning. See that huge plastic bin? Five of those were filled by the leak. I set my alarm to get up every 2-3 hours to swap out the bins. I was not happy. I was even less happy when I got home to find that although the faucet was replaced, there was now lots of water coming out the back of the washer whenever it was on. 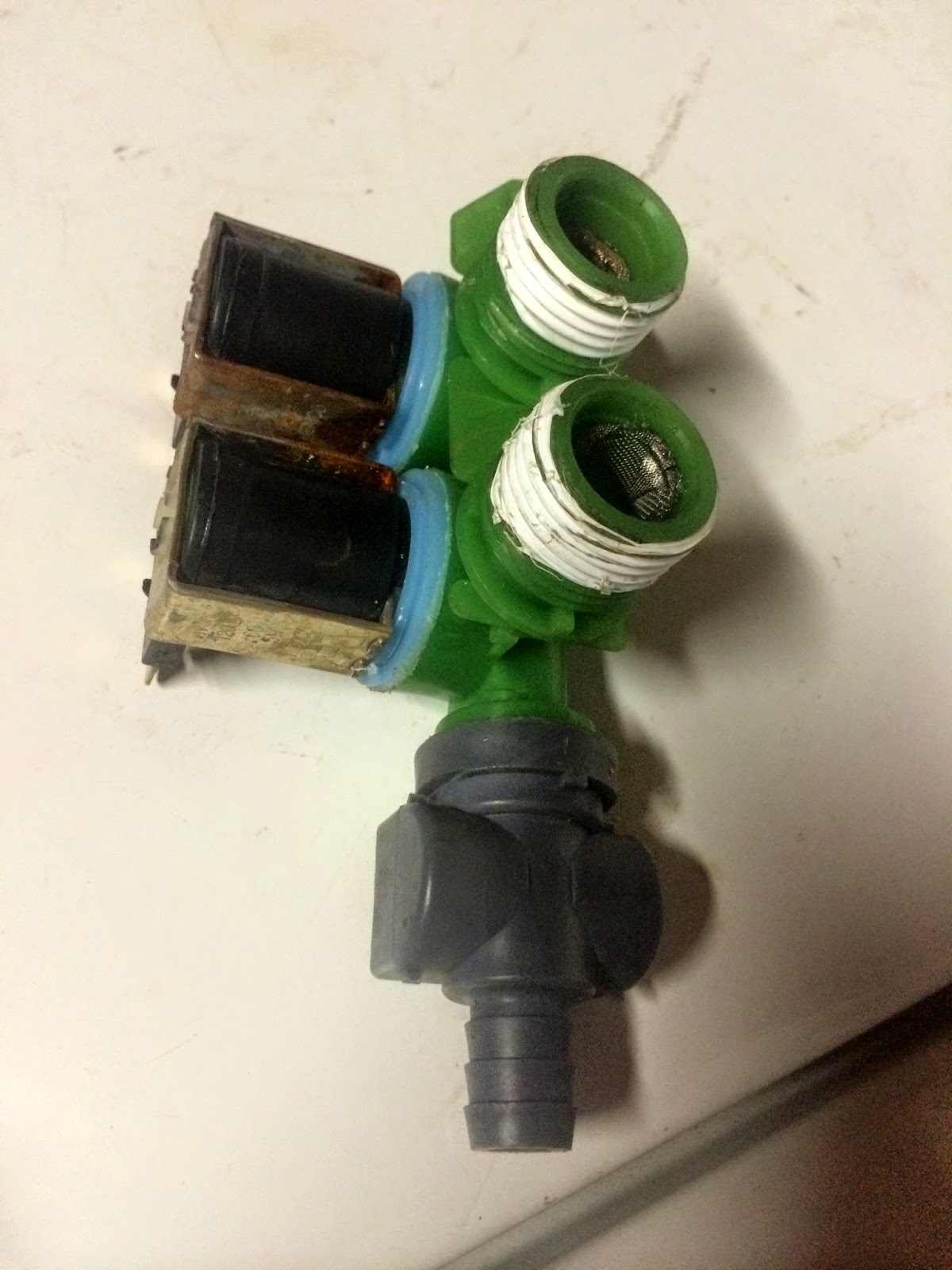 A friend I've not really seen in a few years messaged me with an offer to help and I jumped on it. Saturday he came out and took the washer apart to do some troubleshooting. We had to run out and buy some teflon tape to wrap the threads of this valve piece, but as soon as the washer was reassembled it started leaking again. It hadn't occurred to either of us to leave the back off to see if that fixed the problem. Turns out, there is a crack in the plastic housing of that part, so I got on-line and found a replacement to order. 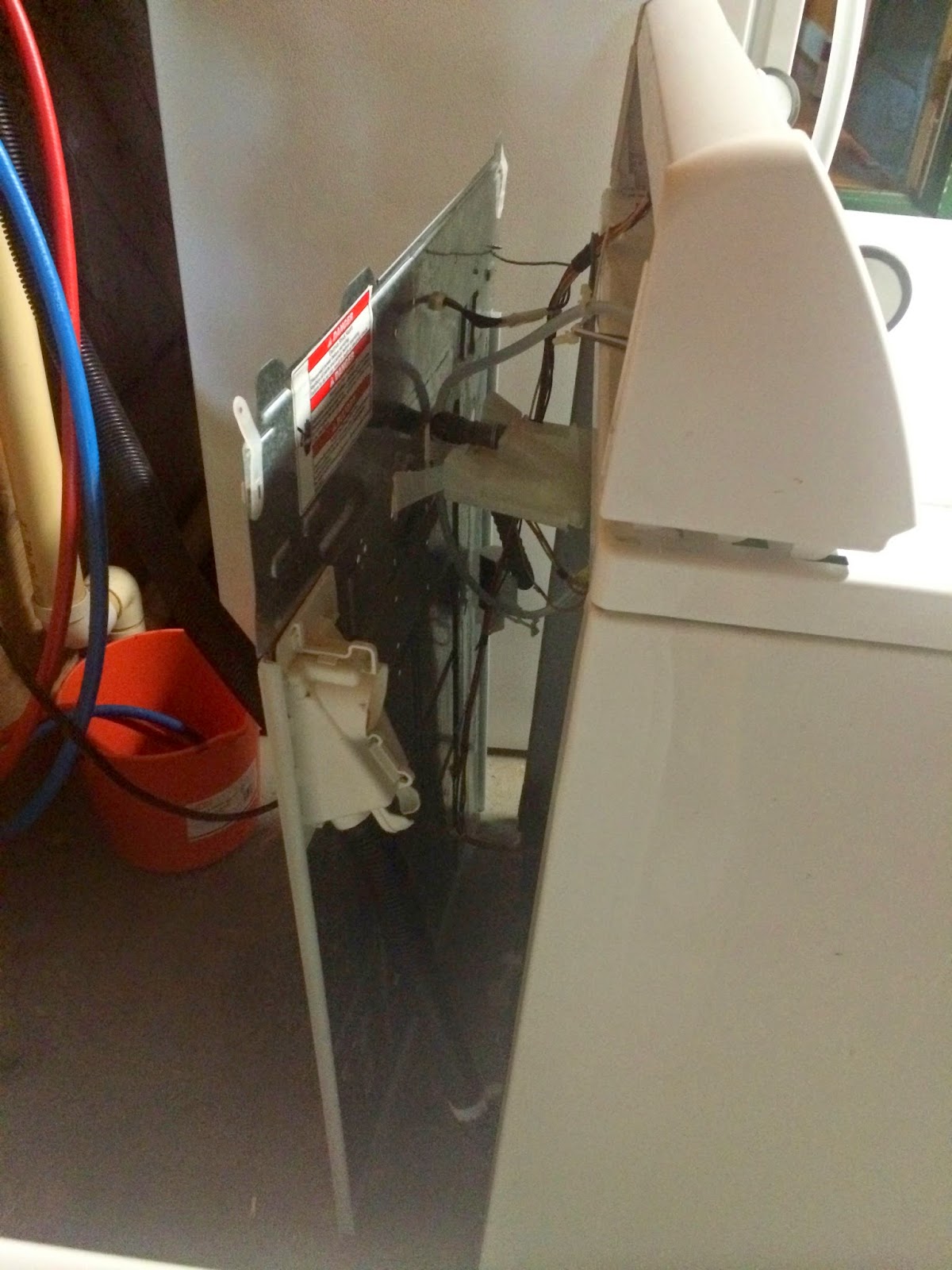 And then made us lunch and we sat out on the deck in the sun, talking. He'll come back when I get the replacement part and fix it for me. I'm moving into my second week with no laundry, which wouldn't be a problem if my son didn't seem to shed mountains of clothes. We're down to the last two towels and I've told him he needs to hang his up and re-use it or he'll be drying off with a washcloth. 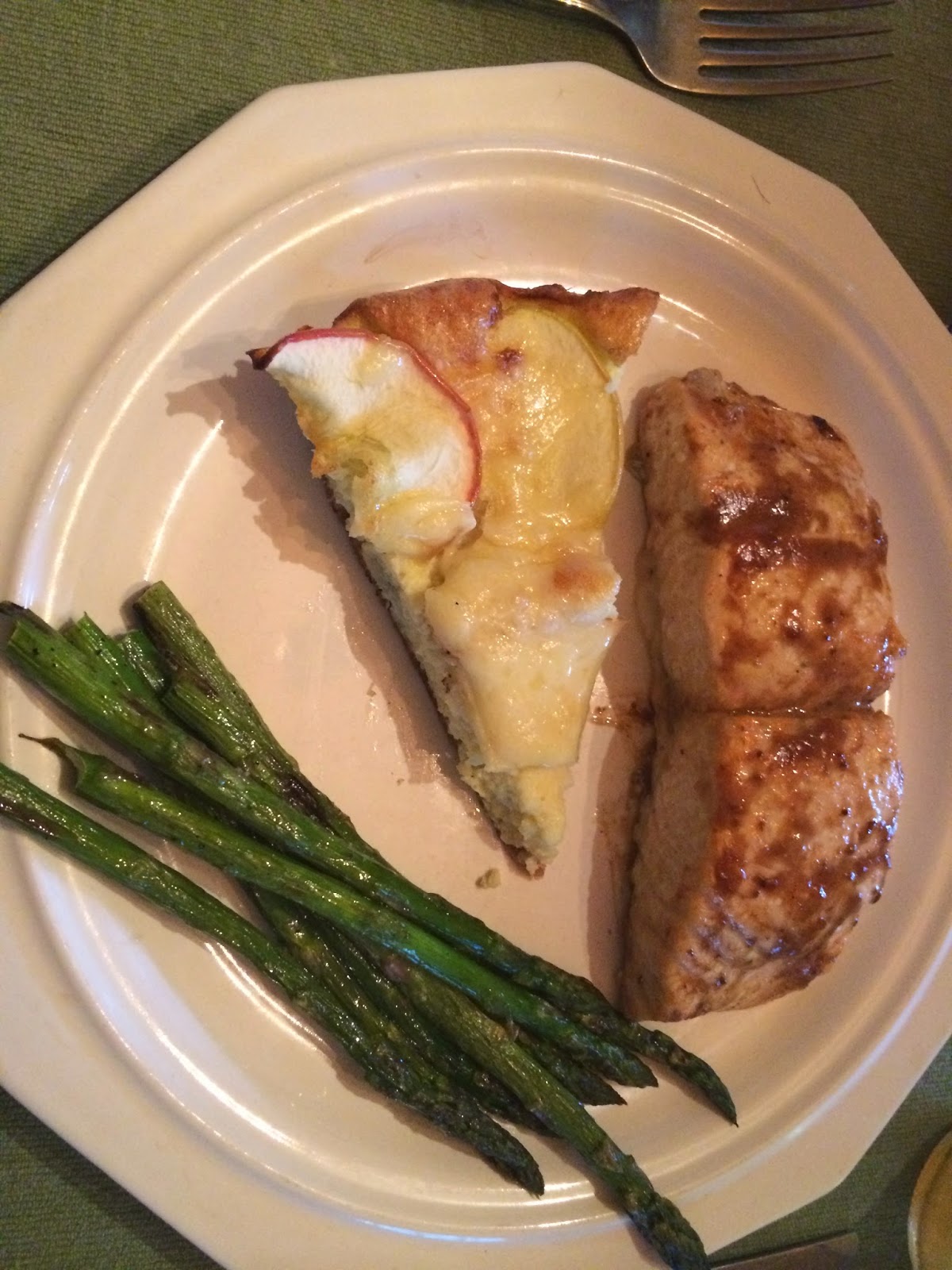 I'm finding friends to be key in letting the little problems not weigh me down. One friend invited me over and made me salmon with a miso glaze, an apple and cheddar quiche and asparagus. Another texted Saturday afternoon to ask if I liked blueberries and peaches. Well, who doesn't? She'd bought some at the farmer's market that morning and brought over a pie she'd made from them, for me and my son. 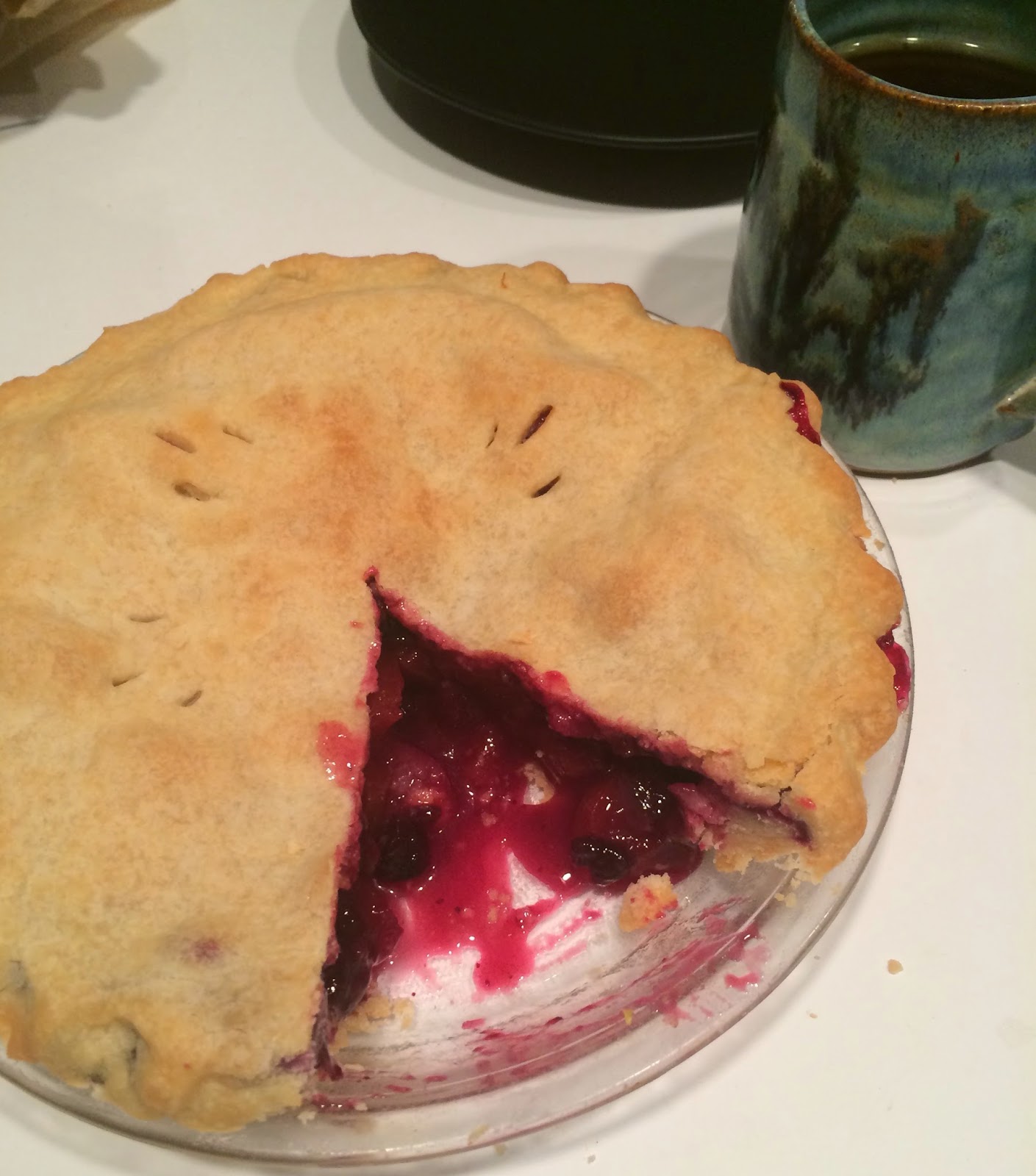 Today, I tried to wire in a new dining room ceiling lamp only to find that the lamp wires are blue and red and the ceiling wires black and some indeterminate color and there are several conflicting answers on-line on to how to wire that configuration. When I ordered it on Amazon, I hadn't realized it was getting shipped from China and would come with absolutely no directions. I've put that aside and moved on to replacing the track lights, only to discover one of them was broken inside the box. My son and I hopped in the car to exchange it and look for shirts for him. The skies opened up just as we got to the store to return the light fixture. We ran in through a driving rain, getting completely soaked. Back at the car ten minutes later, my son picked my iPhone up from the puddle where it had dropped as we ran in. Let's just say it doesn't work like it used to. And I lost my credit card and driver's license in the process and had to come home to call and cancel the card. Of course, cleaning the muddy wet clothes will have to wait until I have a functioning washing machine. I told my son to give me ten minutes to feel sorry for myself and then we'd head back out to finish our errands. Turned out I only needed two minutes to remind myself that these are all inconsequential problems and, in the grand scheme of things, my life is pretty damned sweet.
Posted by Secret Agent Woman at 7:04 PM