Every town has llama races, right? 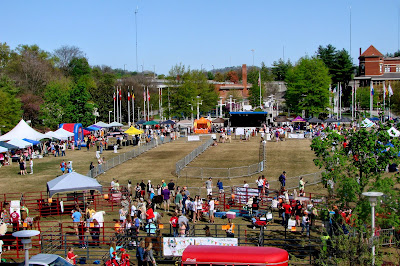 Oh. Well ours does. It's one of those fund raiser events, to get money for area schools. 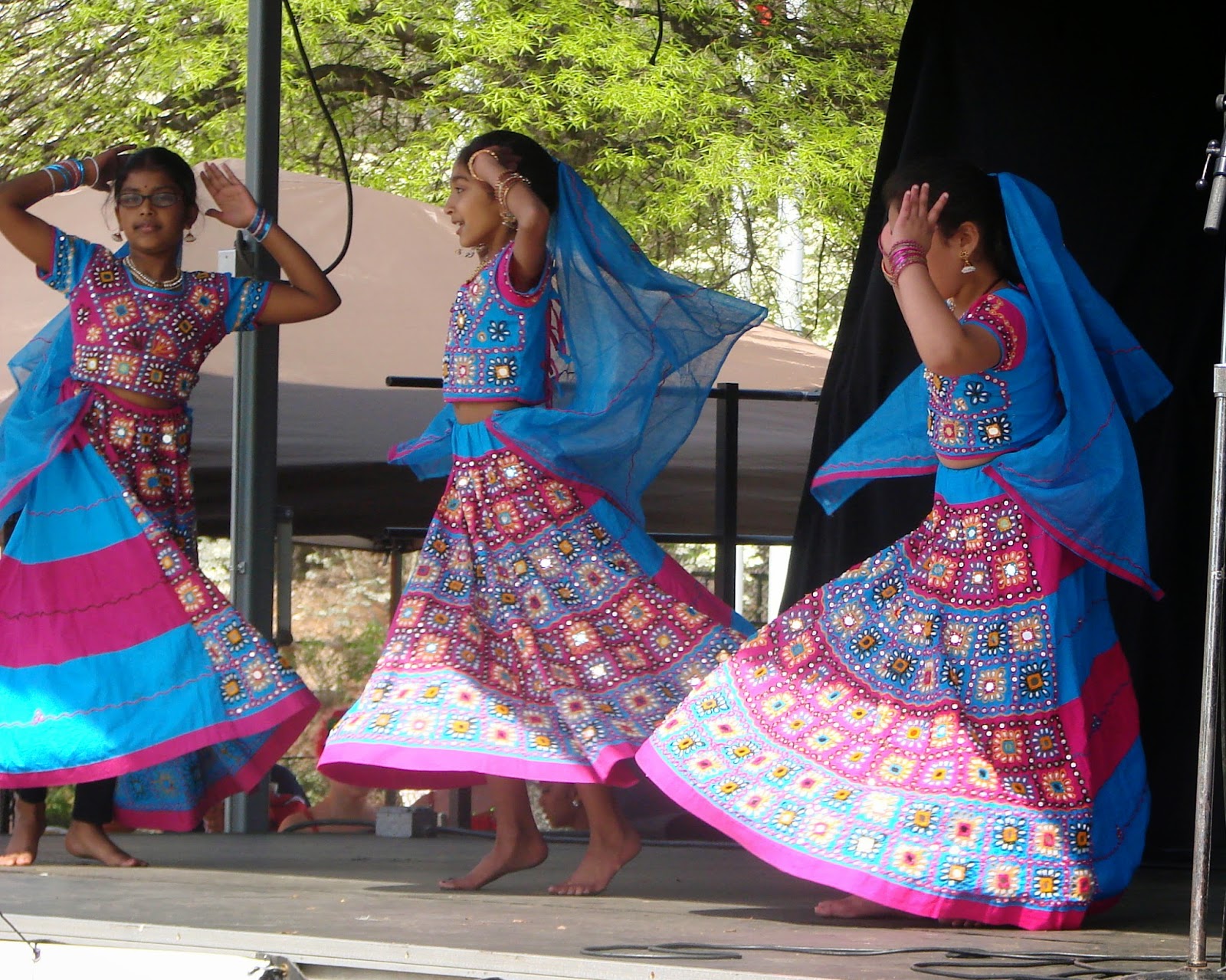 Turns out that although the grounds opened at 11:00, they didn't actually start the races for a few hours. That meant time to kill. Some of the entertainment was fun - I liked these little girls dancing. I was less keen on the dance team of similarly aged girls in heavy make-up dressed in little more than bathing suit-like outfits with feathers. I don't think sexualizing young girls is a good idea. Why make them pedophile bait? 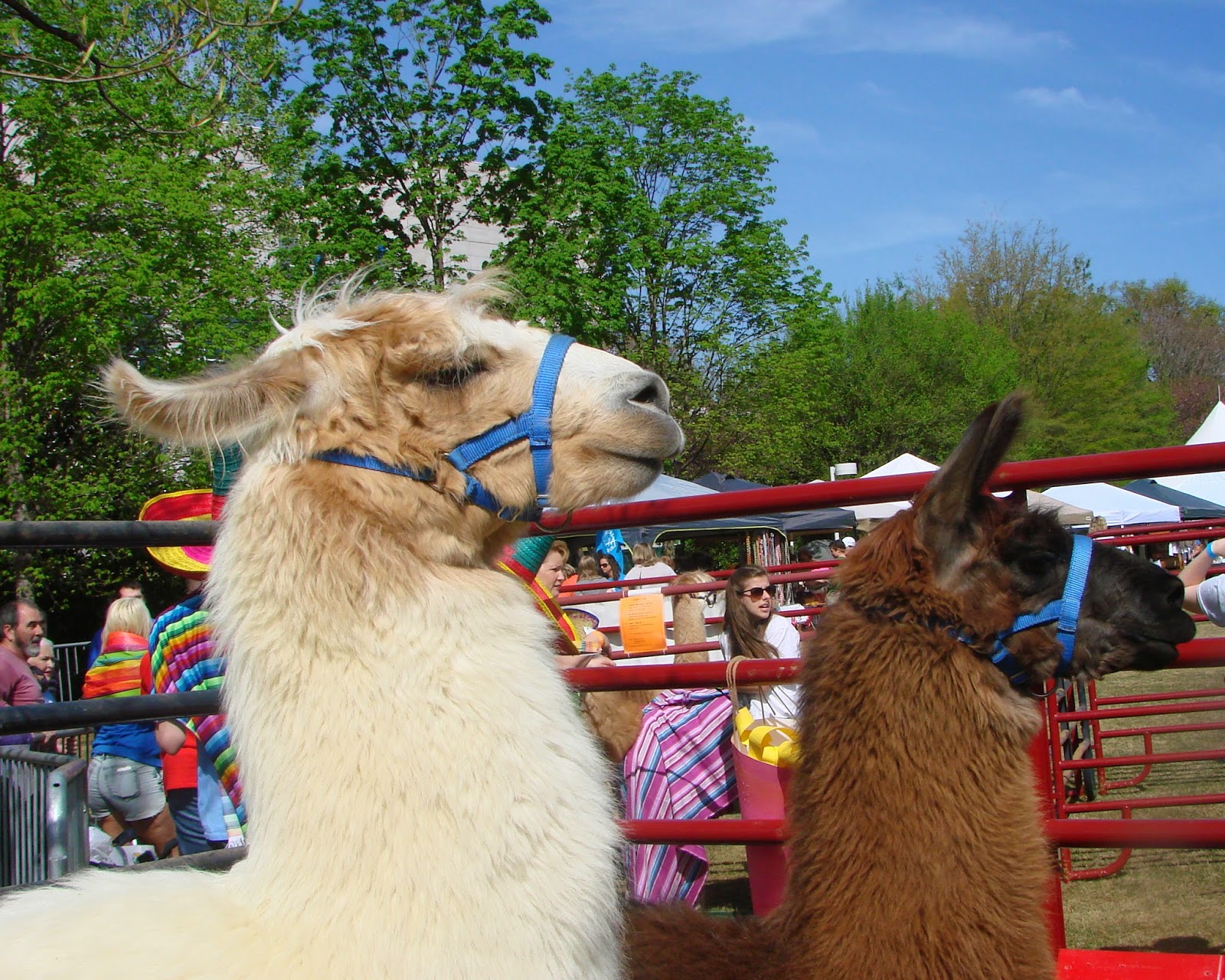 I was there with my boyfriend and his 8-year-old, so we spent some time walking around eating cotton candy and petting all the llamas. 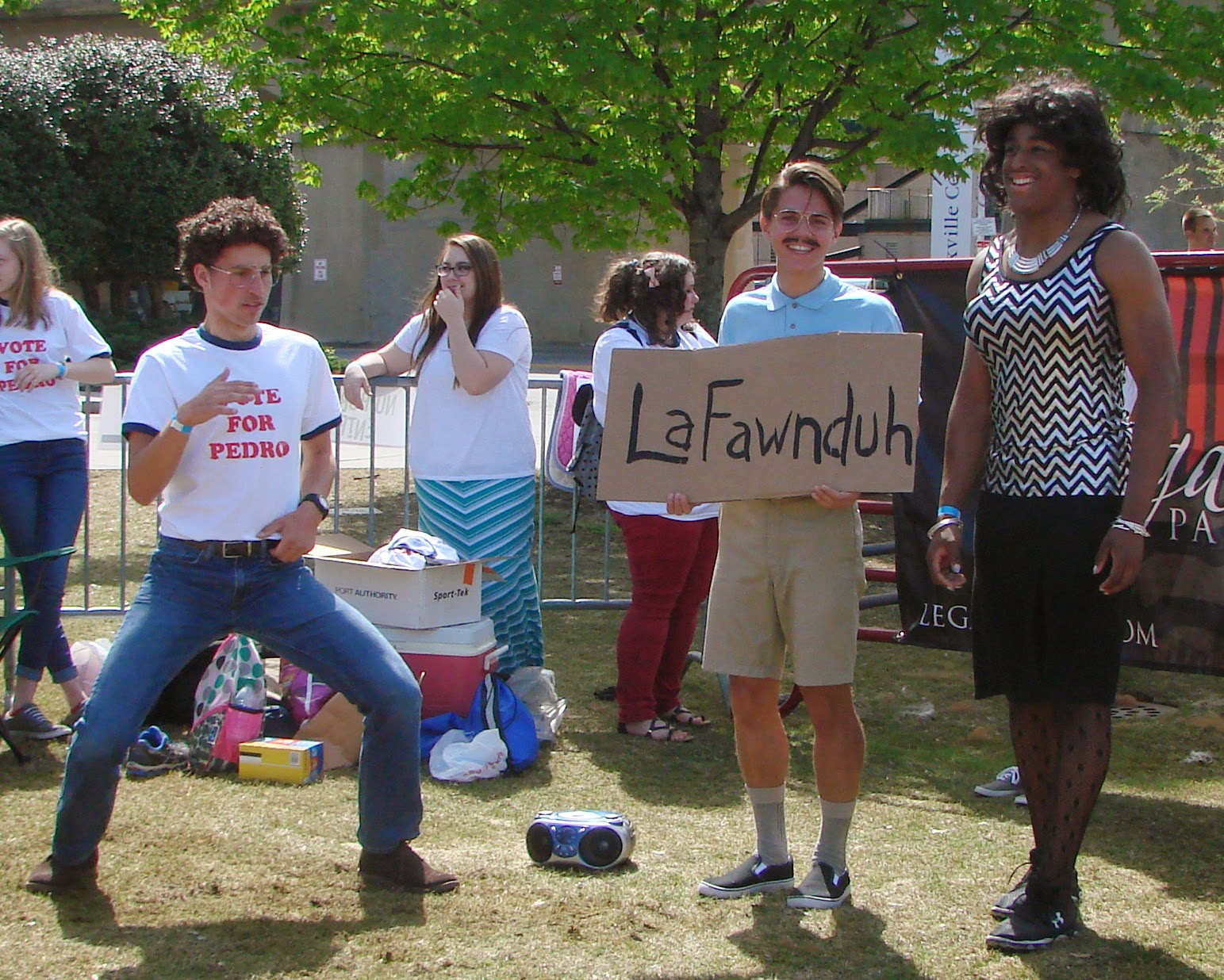 Each participating school had a team in costume. There were Ninja Turtles and the characters from the Wizard of Oz and fairies. But the Napoleon Dynamite team was far and away the best. They nailed the characters, right down to the dance moves. 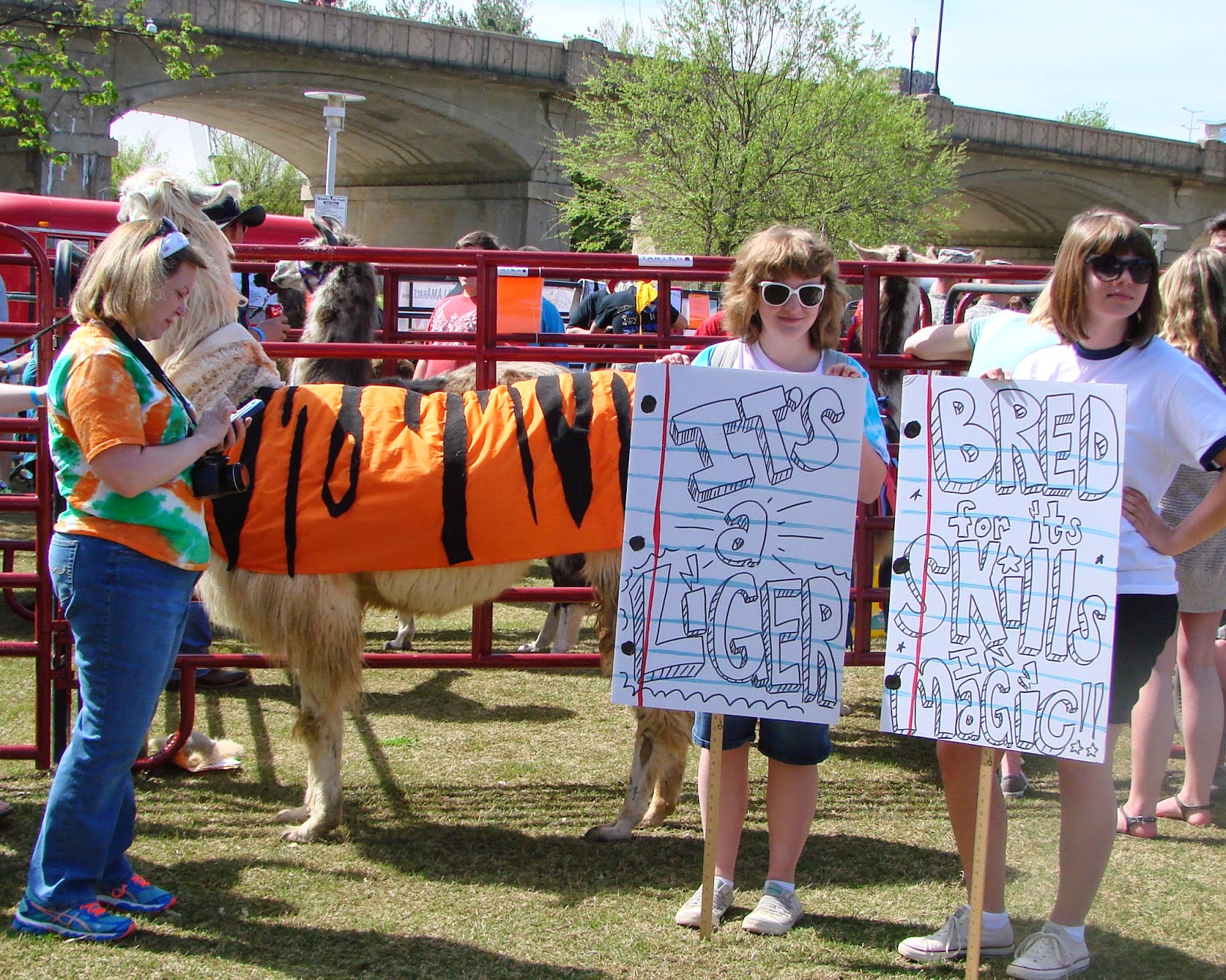 Their llama was of course, dressed as a Liger (Bred for its skills in magic!)

And then there was the llama parade. Mostly real llamas, but also these two kids in tall llama costumes. 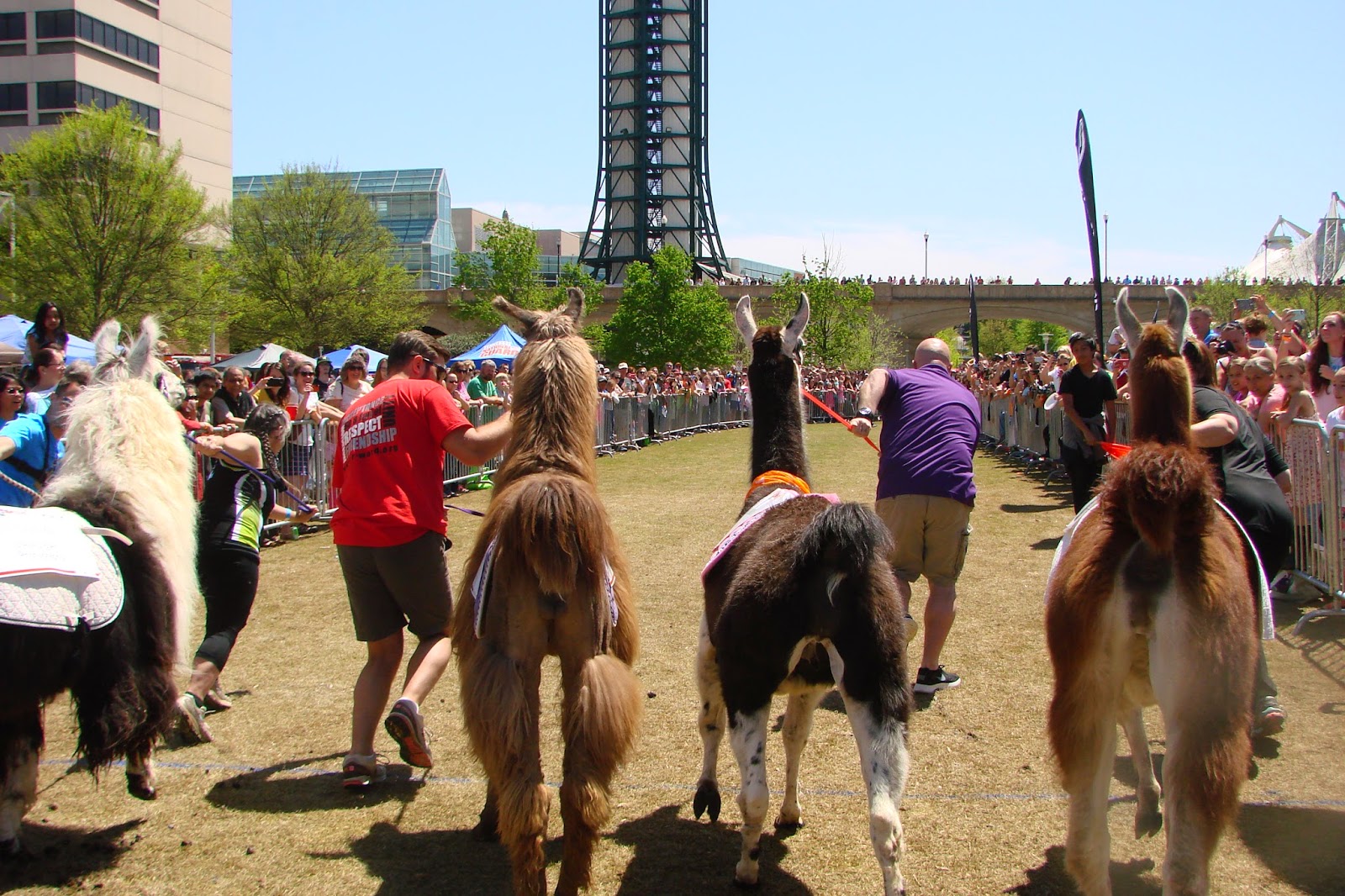 Finally, it was time for the actual races. We stood at the starting line, where llamas and their local celebrity handlers. From our vantage point, I watched as one llama spit in the face of another handler's llama. Okay, so that's dubious entertainment. But I did enjoy it when one llama broke free and crossed the finish line well ahead of its handler. A silly event all the way around, but that was part of the fun.

Posted by Secret Agent Woman at 11:40 AM