I may actually get caught up here and get to move on to gardening posts. 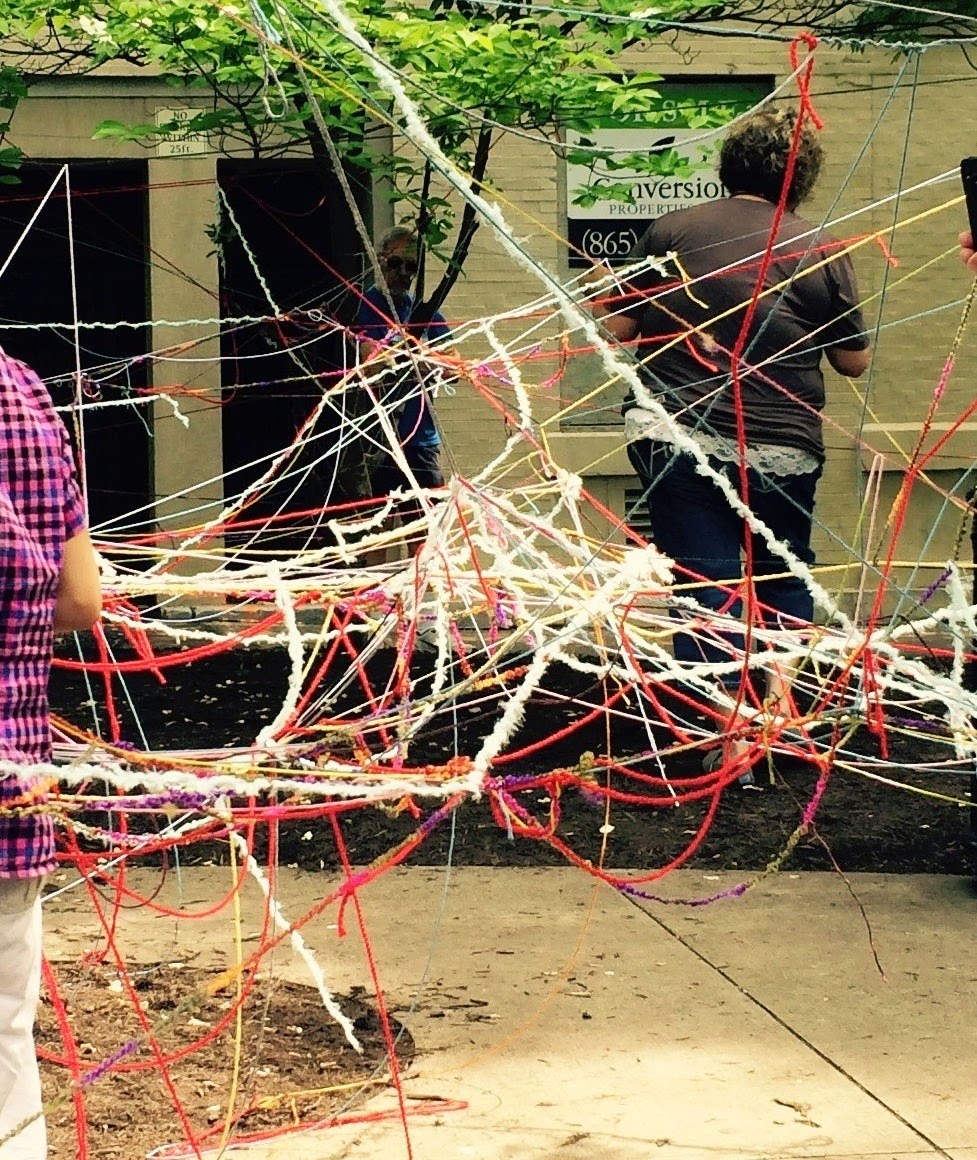 My town has no shortage of festivals this time of year. The Arts Festival was this past weekend, so we headed downtown again. As usual, lots of food vendors and booths with paintings, pottery and so on. We spent a fair amount of time in the kid's section where there were activities set up. Shaving cream swirl paintings, a spirograph-like thing, building a wooden bug-catcher, and this yarn web. It was a beautiful day and pleasant just being outside. We arrived with the younger daughter and left with the older. 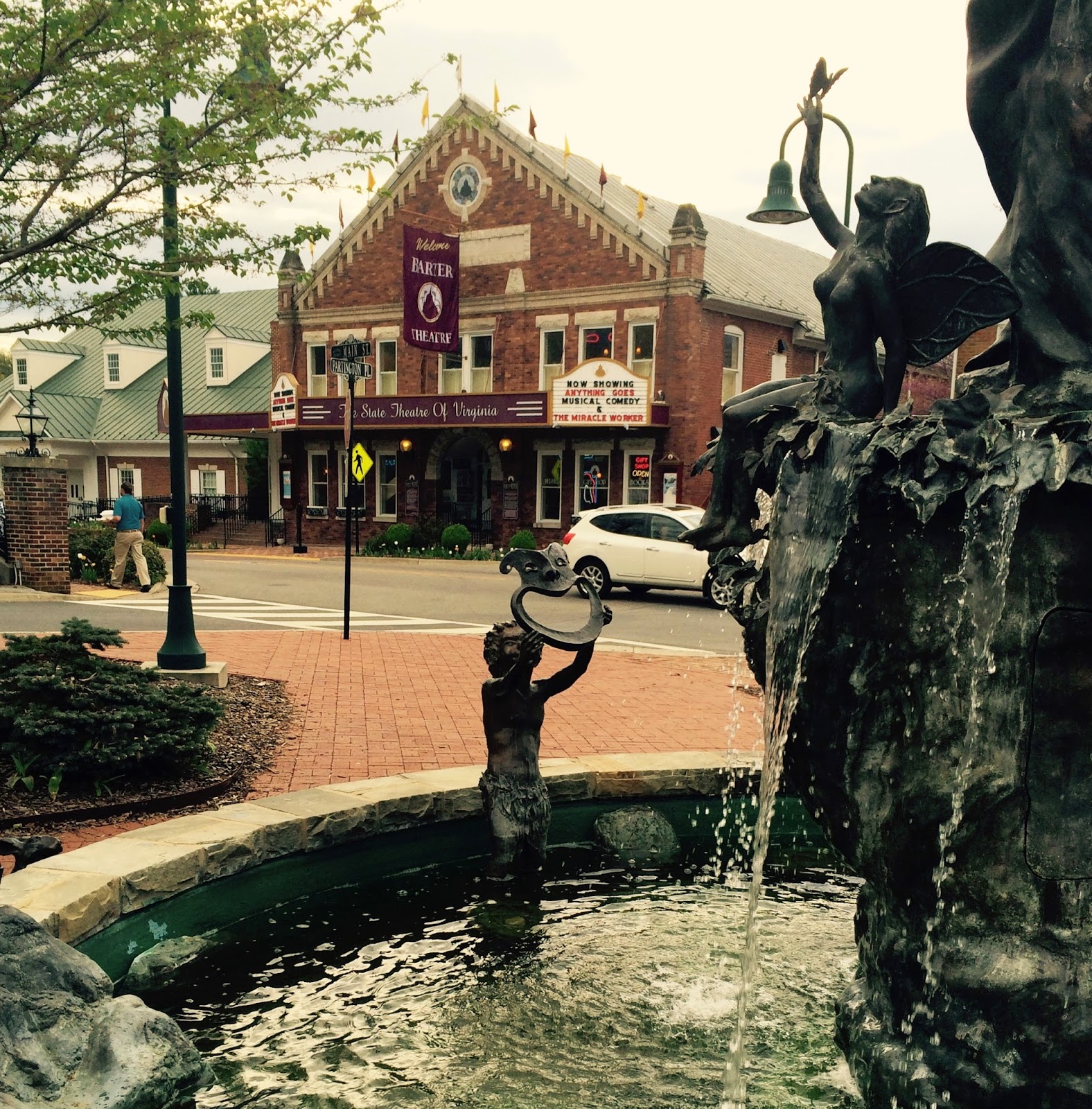 Because we had three tickets that night at the Barter Theater. After a stop to change into dressier clothes, we drove up to Virginia and walked first to a cool little bistro for dinner. I had the special that night which had shrimp, asparagus, quinoa, olives and a pesto-based sauce that was absolutely delicious. Abingdon has a nice little main street and we walked around for a while before the show. I may or may not have chased a mallard duck while I was wearing a shortish dress and boots with heels. Then it was "Anything Goes," a 1930's musical with tons of costume changes, singing, and some slapstick comedy that I could have done without. And sailors dancing with mops. Because that's what sailors do, apparently. The best part was watching a 14-year-old girl let down her guard and become fully engaged over dinner and at the theater.  I even enjoyed sitting with her the next morning in our pajamas watching an episode of "Parks and Rec." 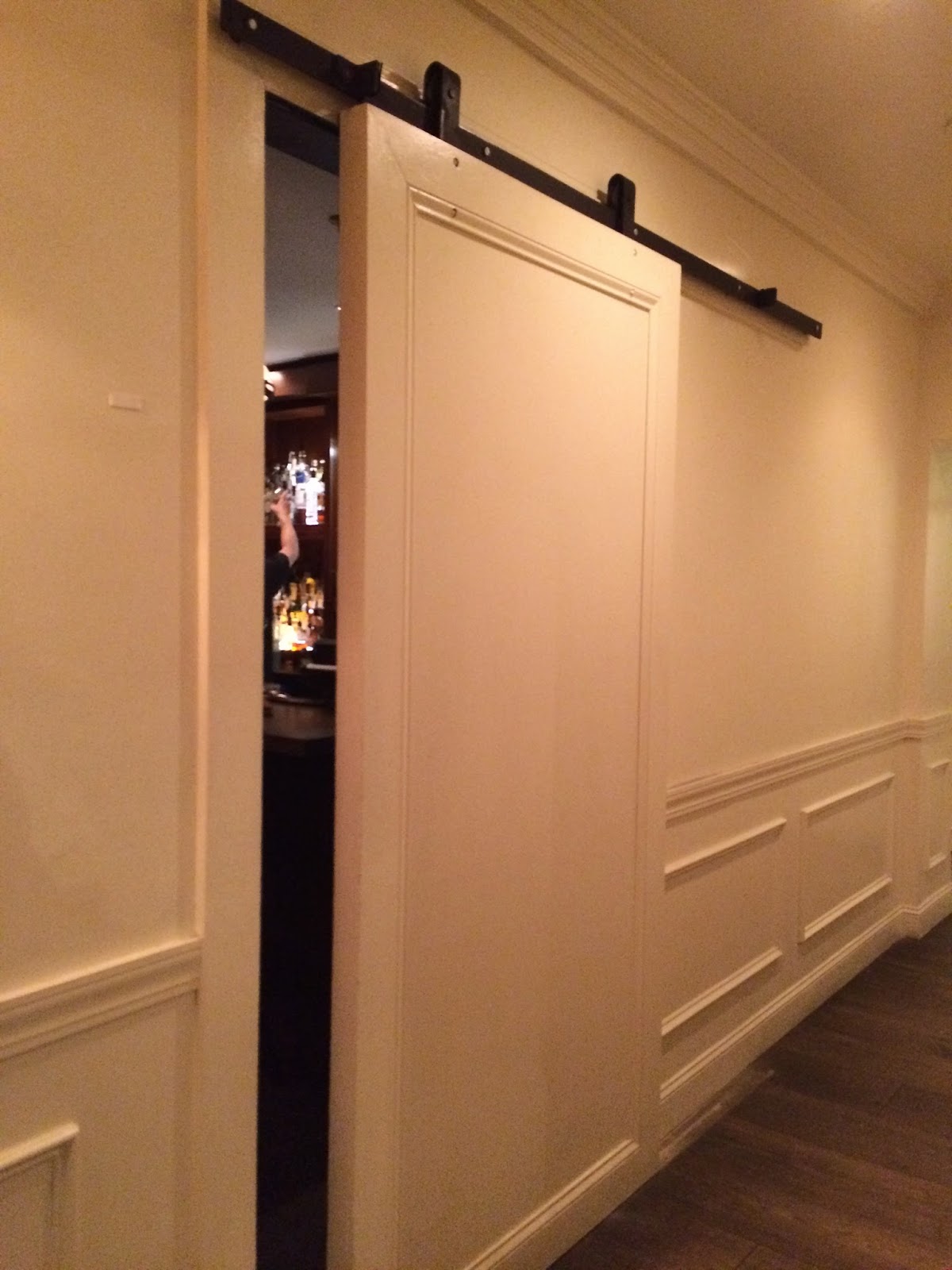 And we have to have kidless outings once in a while. When the weather is nice, we love to have dinner out on the Square and then head over to the little speakeasy bar. The best part is that we can now walk in and ask the bartender for "the usual" and he says, "A Darcy and a Blantons?" Incidentally, I checked the menu for the ingredients of a Mr. Darcy - it's sparkling shiraz and limoncello. 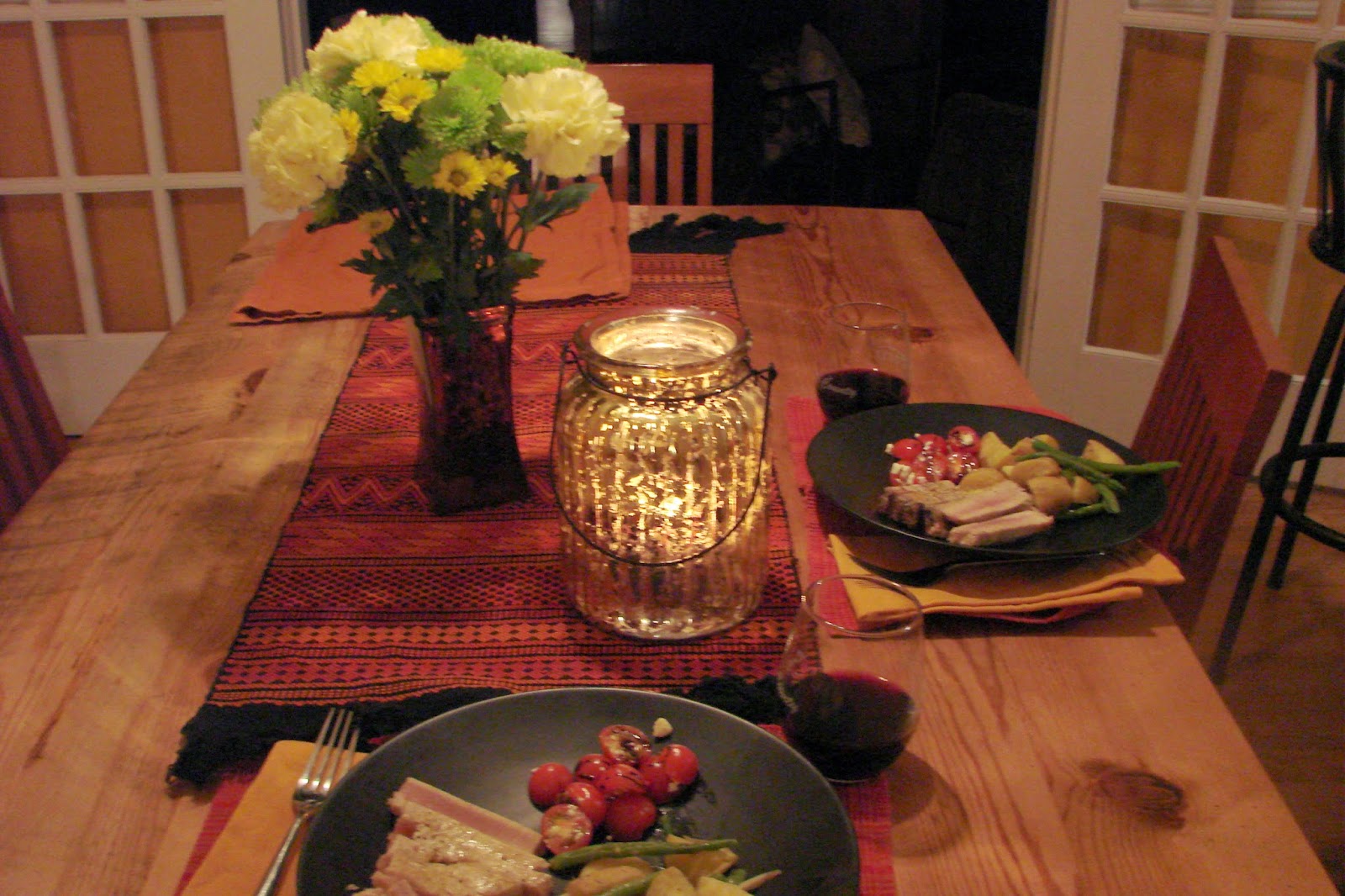 I make it sound like we go out all the time, but we don't. Most nights is dinner at one house or the other. This night it was seared tuna. 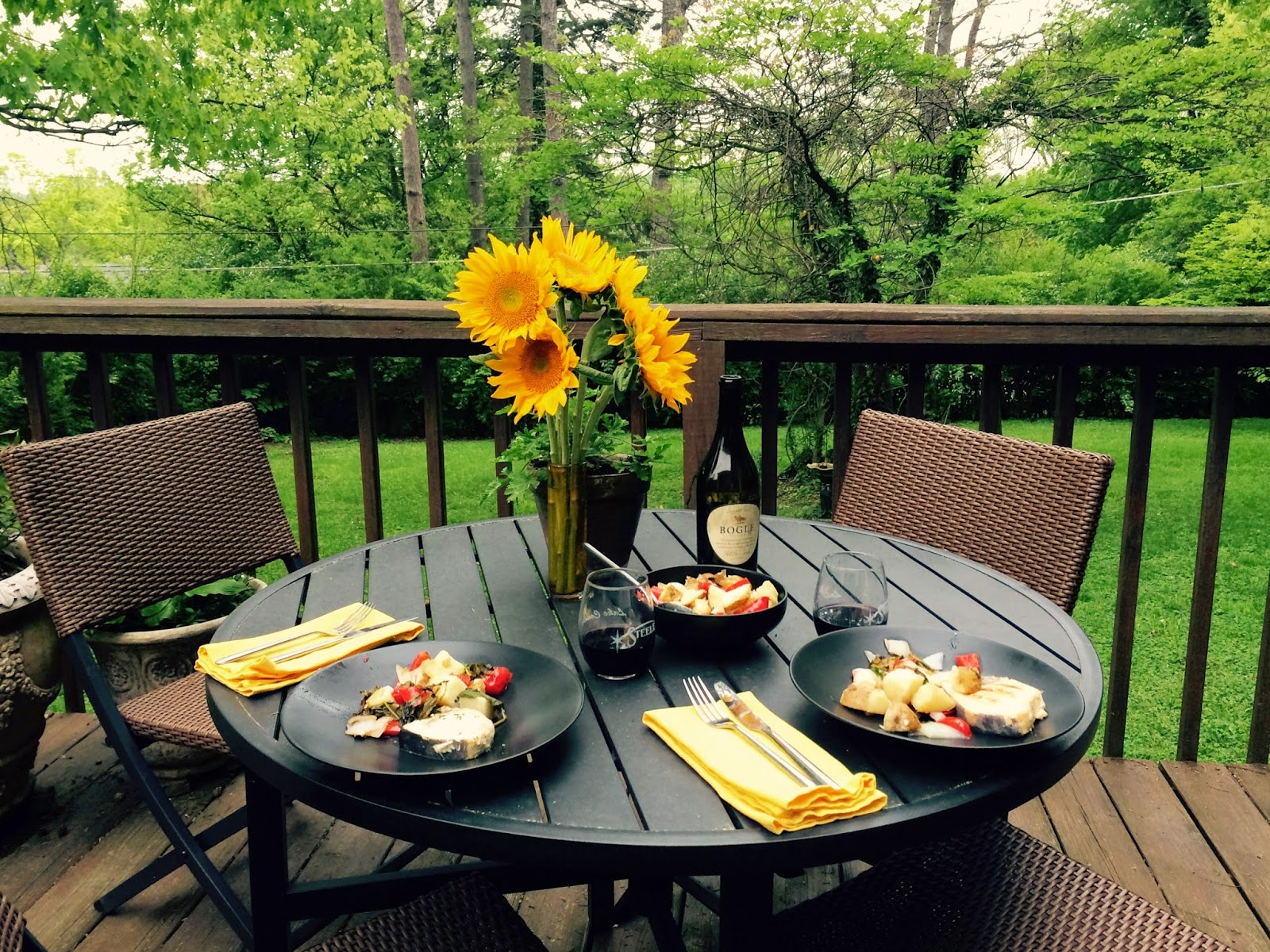 But as often as possible these days, we eat outside on the deck. Yesterday I broke out the grill and made swordfish with tarragon butter (from last year's garden), grilled potatoes, greens, peppers and onions with lemon-chive butter, rosemary salt, and balsamic vinegar. If it's nice, we sit outside after dinner watching the bats emerge in the darkening skies. Have I mentioned how very easy it all is?
Posted by Secret Agent Woman at 7:53 PM