Ireland, Day 2b: Back to Bréanainn 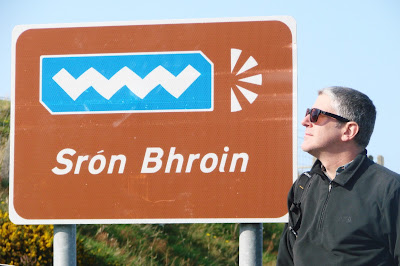 A few months ago, I'd bought my fiancé a pair of EnChroma sunglasses, which let people with red/green color blindness see more colors (it filters out some wavelengths to intensify greens and reds). Our part of the country is a lushly green area and I knew Ireland would be, too. I wanted him to be able to see that. I've read that one of the reason so many Irish immigrants settled in the Smoky Mountains is that it looked so much like home. 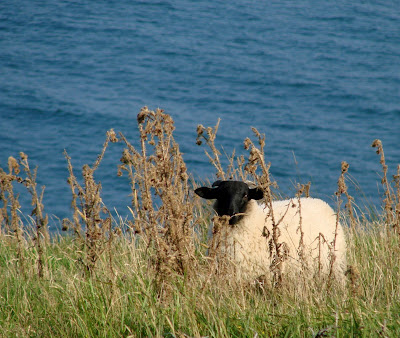 After our lunch in Castlegregory, we stopped at a grocery store for chocolate and wine, and then wound our way back along the coast to our cottage at Brandon Point (Srón Bhroin). 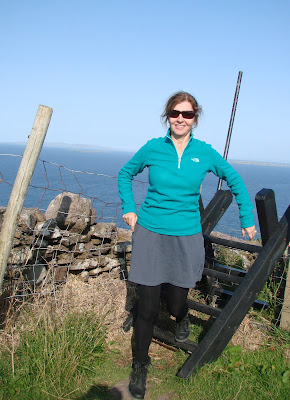 We hiked up the mountain behind our cottage. The rock walls have little stairs built over them so that people can cross the walls but the sheep can't. 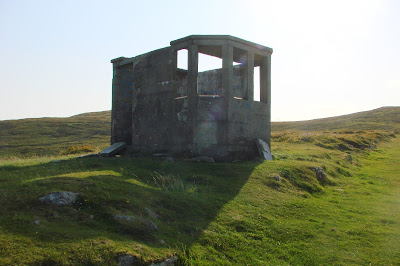 The remains of an old WWII lookout still stand. 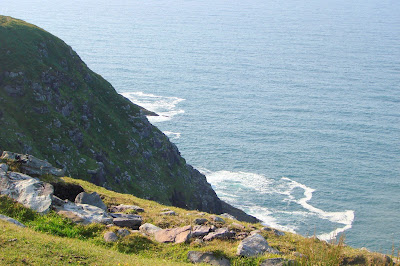 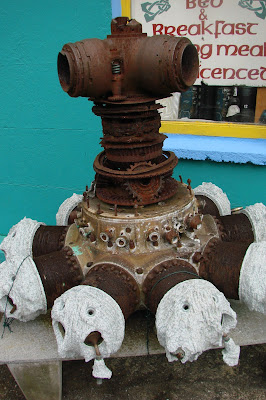 Some of the wreckage of a WWII plane (a FW 200 Condor for those of you who find that sort of detail relevant) which crashed on the mountain now sits in An Clocháne outside a pub. 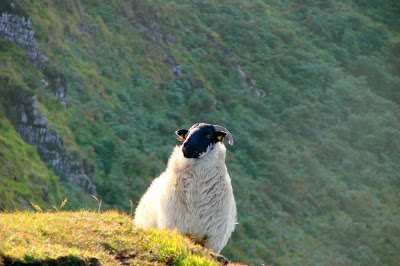 Now the only guards are the sheep, who do not seem to mind the heights. 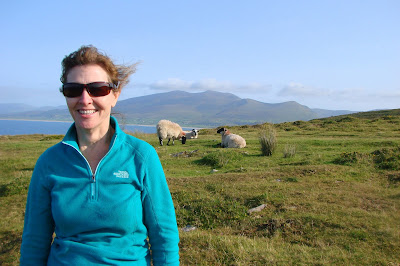 Or serving as photo backdrops. They are remarkably placid creatures, moving out of the way only if you get very close. 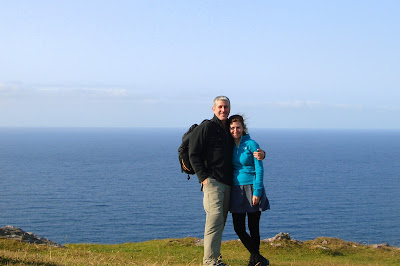 We hiked up toward An Sas (the trap, a recessed area in the cliffs that collects detritus), and then back down to our cottage. 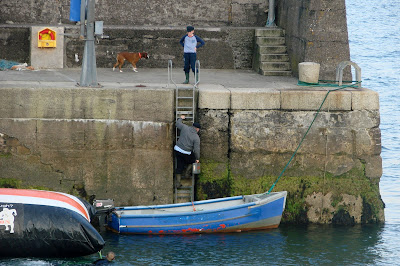 We drove back to Bréanainn a little later, to Nora Murphy's pub. It sits right on the pier, where a man and his son were pulling in fishing nets for the day. There was a border collie being harassed by an overly-friendly boxer (the one on the dock). She hid from him under our table and then brought us a soggy tennis ball. 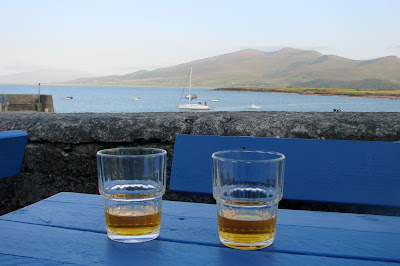 After a long game of fetch, which the dog was remarkably adept at, we sat at an outside table with a Yellow Spot (which became a favorite) and a Jameson's and watched the entertainment. 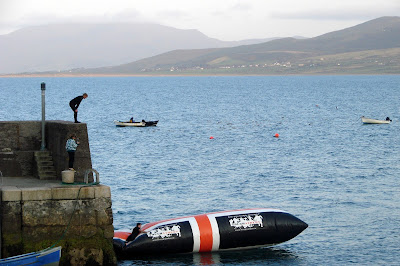 Okay, it wasn't designed to be entertainment for us, but it was very funny. A couple of guys were inflating one of those launch pad. You've probably seen it - one person gets on the pad and the other jumps from a high place to launch the first person into the air. Except they didn't seem to know what they were doing once they had it in place. The one guy would start inching his way out and each time it would tilt to the side and he'd slide into the chilly water. And yes, we laughed loudly each time, as did the other spectators. 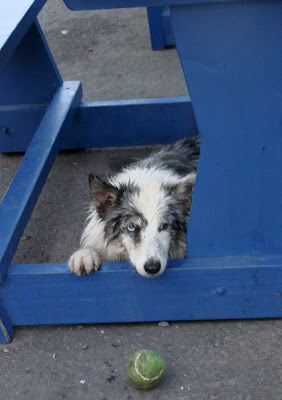 We checked the menu at Murphy's and then decided to head back to An Clochán for dinner. The dog with heterochromia was sad to see her new ball-throwing friends leave. 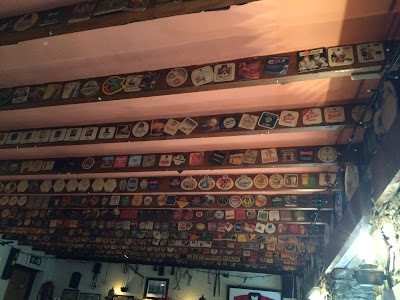 There was no music at any of the pubs, so we returned to O'Donnell's, which has coasters from all sorts of beers on the rafters. 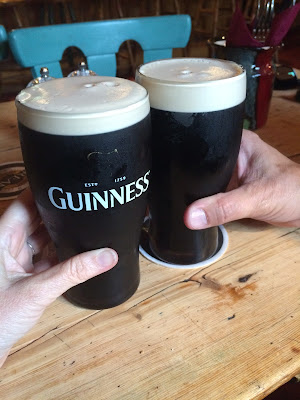 We went the traditional route on this day, good fish and chips with pints of Guinness. The tiny pub was crowded, so we shared the table with a young local couple who spoke Irish to each other. And then back to our cottage for wine and chocolate and to think about where we might want to go the next morning.
Posted by Secret Agent Woman at 8:05 PM