Ireland, Day 5b: "Feet they hardly touch the ground, walking on the moon." 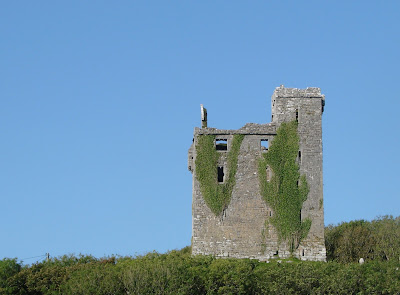 The friendly Lisdoonvarna tourist office person who had urged us to eat outside because the nice weather was "not going to last" also suggested we take the longer drive along the coast to get to Ballyvaughn. 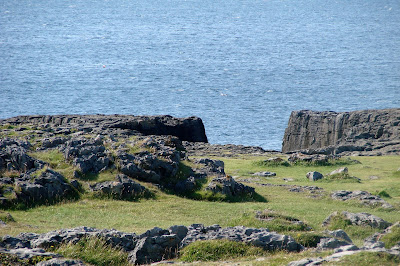 Along the way, the landscape changed and became increasingly rocky. 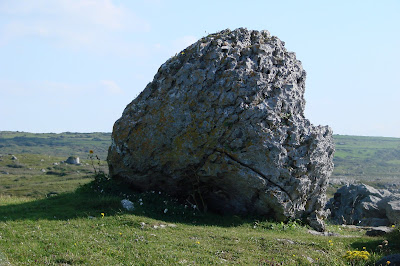 I'd thought the Burren would be like the Cliffs of Moher - an isolated place with an admission fee. In fact, we'd seen bus tours for the Burren. Somehow I missed that it was an entire landscape, covering about 250 square kilometers (155 square miles). 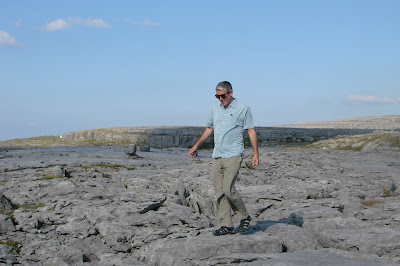 At some point, we pulled over and got out to walk around. It was described as lunar in appearance and that's certainly what it called to mind. Desolate and a little unsettling. Burren is from "boeireann," which just means "great rock." The glaciers during the last Ice Age left this vast karst topography. 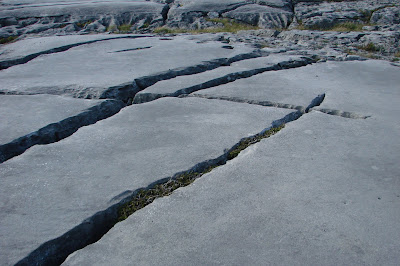 Dissolution of some of the soluble limestone left huge slabs of rock separated by deep fissures. 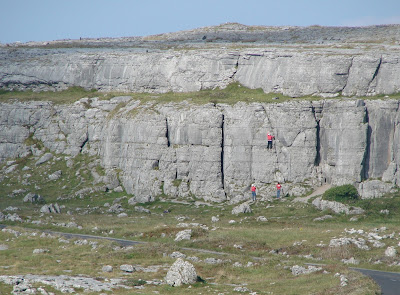 Across from the road from where we were walking, we saw some folks climbing the face of a small cliff. 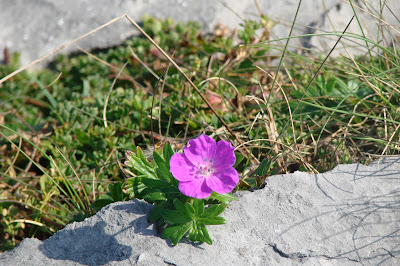 Small patches of scrubby grass and various flowers grow in the cracks. This is a bloody cranesbill, which strikes me as an unflattering name for the pretty pink geranium. 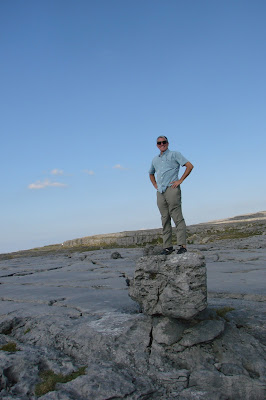 The barrenness was a stark contrast to the lushness we've seen everywhere else we'd been so far. But it was warm and sunny out, and we spent a good while exploring. 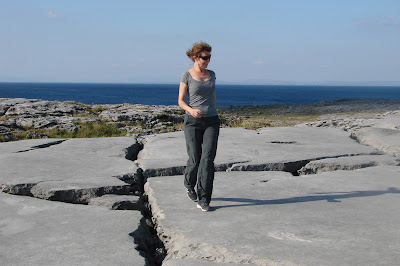 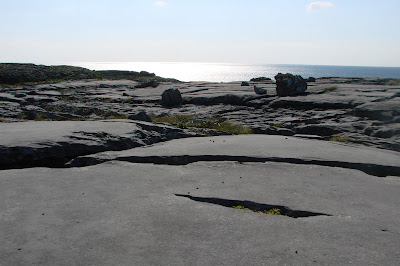 It was actually hard to make ourselves get back in the car, but we wanted to get to where we'd spend our last four nights. 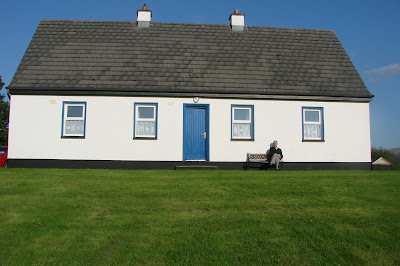 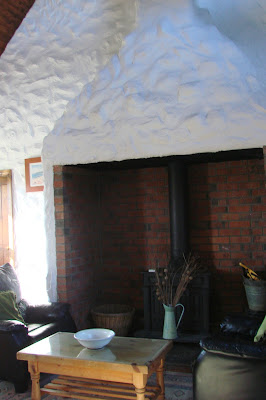 Again, for a surprisingly low cost, we found ourselves in a spacious house. Two stories, four bedrooms, five (!) bathrooms. 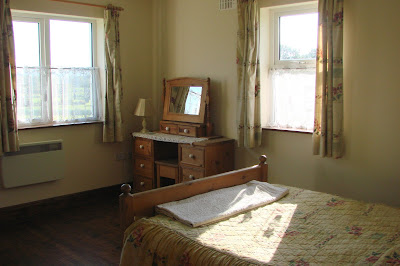 We only needed the one bedroom, of course. We chose this cozy and light-filled room. 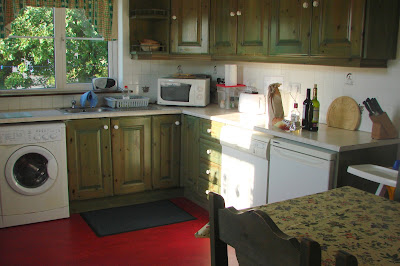 We didn't actually do much in the way of cooking, except for breakfasts. The washer came in handy, though. 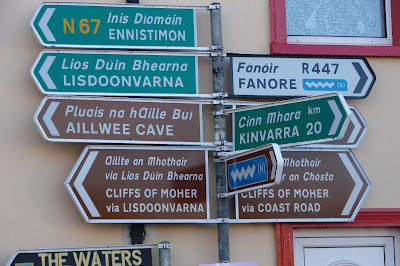 After we'd unpacked, we walked into town to look around. 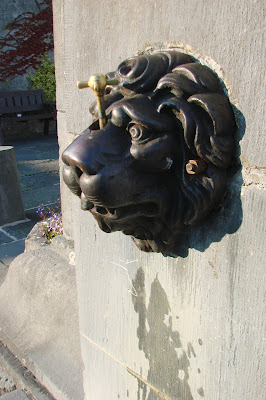 The town itself was small, but very walker-friendly. I had to test out this public water faucet. It worked. 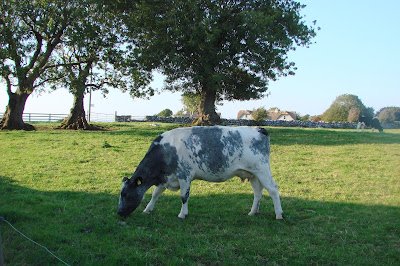 On the way to the waterfront, we passed a field of speckled cows. A little change of pace from all the sheep. 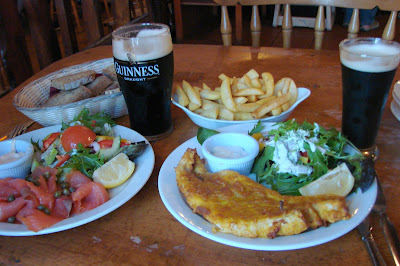 We decided on Monk's Seafood Restaurant for dinner and had smoked salmon with salad, and more fish and chips. And Guinness. Because, you know - Guinness. In Ireland. 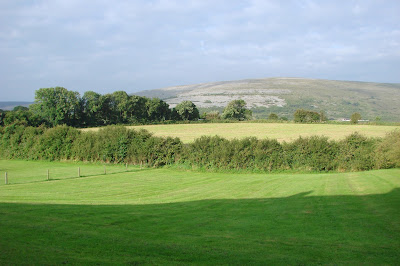 The view from our backdoor - green lawns and the rolling hills of the Burren rising above it. It was a full day and I think it took me all of three seconds to fall asleep that night.
Posted by Secret Agent Woman at 5:25 PM