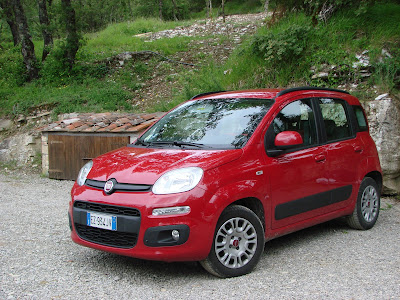 We had a flight delay out of Atlanta the day after our wedding, so we had sushi at an airport restaurant. Fortunately, we got to the Paris airport in time to catch our connecting flight to Milan, where we picked up our ride for the week - this cute little Fiat Panda. 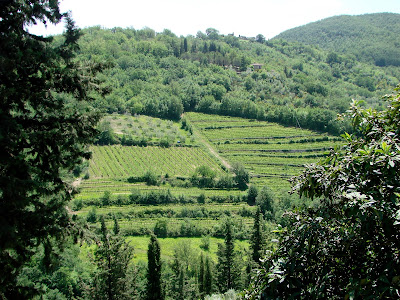 We headed straight out of the city to our destination - the Tuscan countryside. We already knew we'd made the right choice as we drove past one vineyard after another. 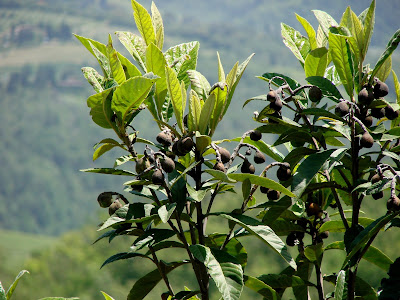 Not to mention the olives and figs! We'd already decided we'd be coming home with both wine and olive oil. 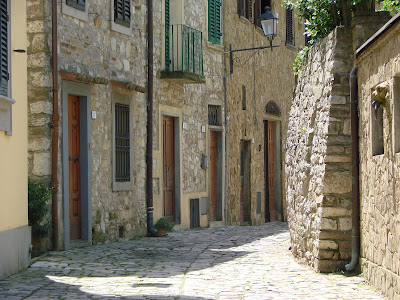 We drove through Greve and then up to Montefioralle, where we got out to walk around for a while. 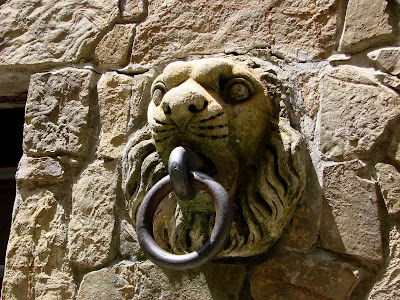 It was the first of many Medieval walled villages we'd visit. 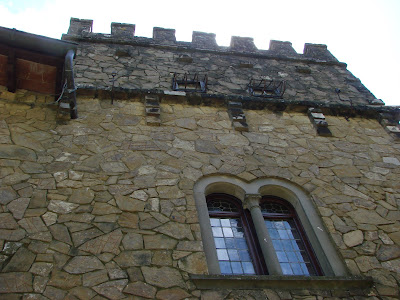 It's hard not to find Tuscany enchanting. 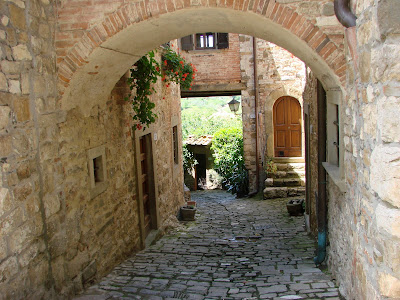 The small towns have cobbled streets, arched tunnels and a deep sense of history. 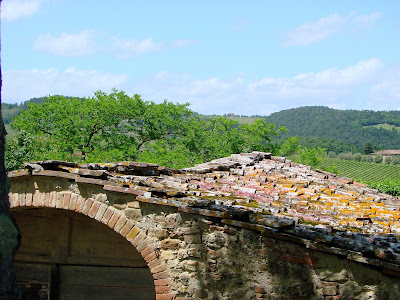 We were probably there for less than an hour, but I could not stop taking pictures. 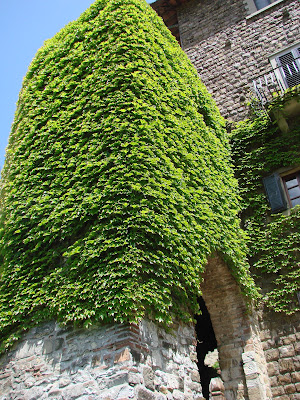 I didn't know that I'd find village after village in the Chianti region equally charming. 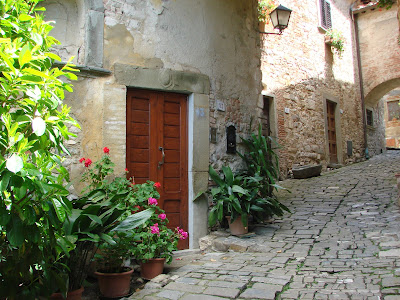 But we hadn't eaten since our overnight flight and decided it was time to walk back to the car and scout out a place for lunch. 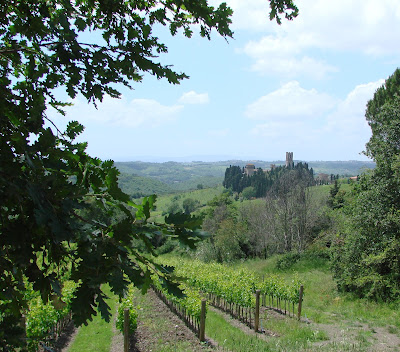 We drove on to Badia a Passignano, another small medieval village. We stopped at a restaurant that used to be a stable that served as a resting place for people traveling by horseback between Florence and Siena (before the Autostrada was constructed). 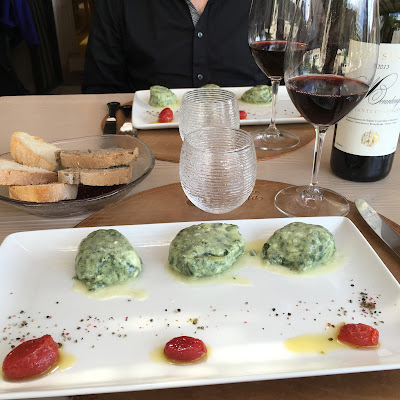 At Ristoro L'Antica Scuderia, we had a primi course of "naked ricotta and chard" with a butter and sage sauce, and then a secondi course of the coccorel, a roasted chicken. And a bottle of local chianti classico, of course. 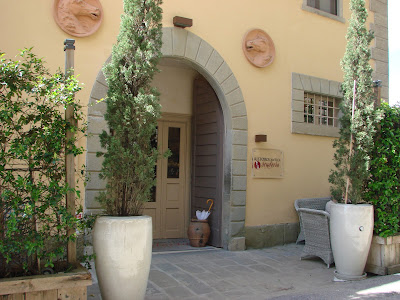 Inside, we sat near an older American couple. The woman was fluent in Italian, having lived in Italy for ten years, and very friendly. They said that they came back to visit every year, and he had grown to love the area, too. As they were leaving, the man told us quietly that his wife had dementia and that it would probably be their last visit. He turned back to help her from her chair saying, "Let's go, Precious." We watched them walk out arm in arm and turned to each other with tears in our eyes. It was a powerful lesson in love and the need for living in the moment. 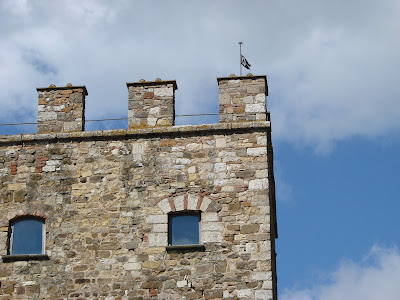 We drove on to Radda in Chianti, stopping occassionally to take photos. We stopped in Radda and asked directions, pleased for the chance to be using the Italian we'd studied. Turns out, our hotel was actually in Vescine, in between Radda and Castellina. Our host, Matteo, checked us in and led us to Room 5. 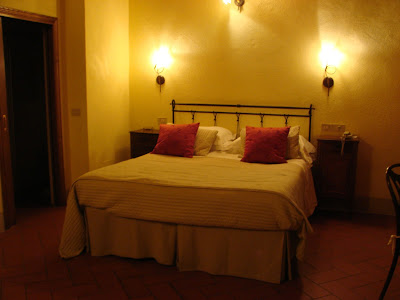 We had a dinner of of ravioli and grilled vegetables with home-made cheese in the hotel's restaurant, then went back to our room for the night. It was actually half a small house, with a view of the countryside below us. 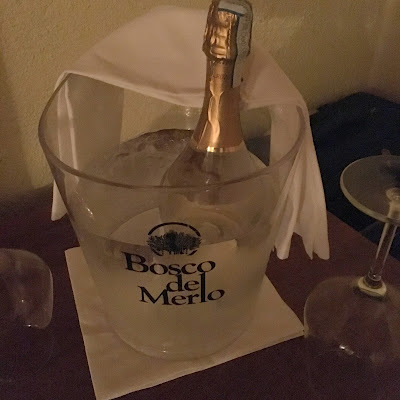 Aware that it was our honeymoon, Matteo had a bottle of prosecco from one of the hotel's wineries chilling in our room.  It was clear that we were going to be very happy at this place.
Posted by Secret Agent Woman at 9:39 PM