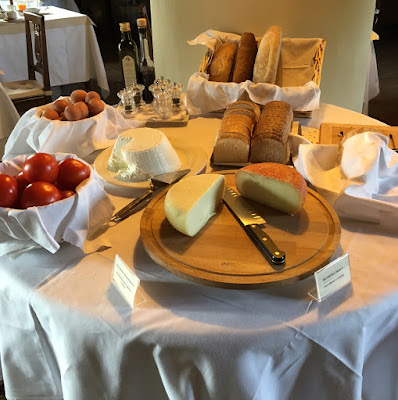 Breakfast was included at Il Borgo. In addition to the fruits, juices and other foods I posted earlier, there was a spread of fresh breads and local cheeses, and another table with yogurt and granola. The waitress would greet us each morning with, "Buon giorno. Cappucino o espresso?" I could get used to having cappuccino every morning. 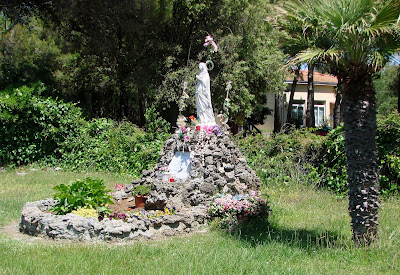 We'd decided we wanted to visit the seaside once on the trip and with rain forecasted in the days ahead, we took the opportunity of this sunny day to drive to Vada, on the western coast.  We knew we were close when we started seeing palm trees, and stopped to take a picture of this little shrine. 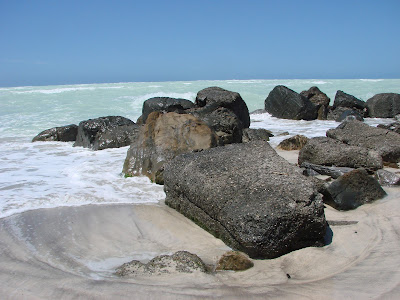 There were few people on the beach as it was still a little before the season started. Which meant plenty of space for us to walk. 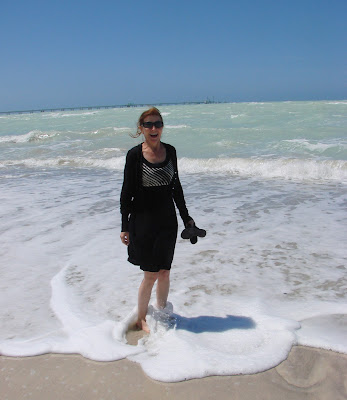 I make a point of wading in every ocean and sea I visit for the first time, so I was able to add the Ligurian Sea to my list. You can tell from my face that it was a wee bit chilly! 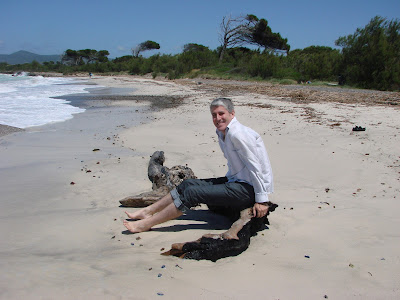 It almost doesn't feel like a summer vacation unless you can walk barefoot on the sand at some point. 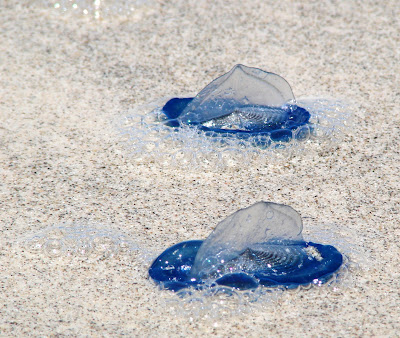 Scattered around on the white sand were these curious blue creatures. We weren't sure if they stung, so we avoided them. However, we did a little research later and discovered that they are velella. Also called "by-the-wind sailors," they have a transparent chitinous sail that helps them skim along the ocean's surface, until an unkind wind blows them ashore to die. They are related to jellyfish but do not sting. The article I read said they have a neurotoxin that could be irritating if you touch your eyes or face after handling them. 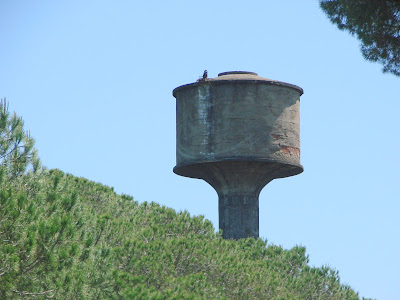 After our walk we headed back to find a place to eat, passing this old stone water tower. 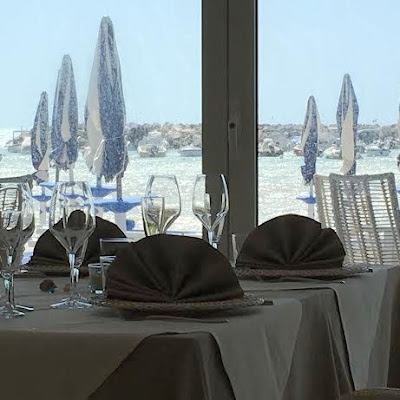 We ate by the marina at the Hotel Bagni Lido, where we sat over-looking the water. 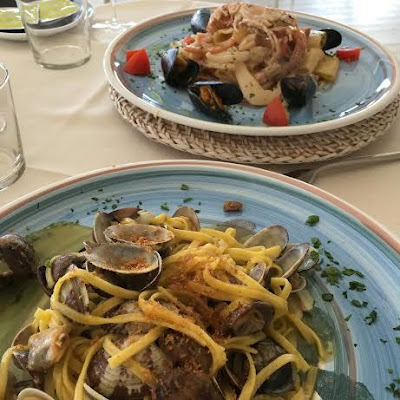 I had linguine with baby clams and my husband had pasta with a seafood assortment - octopus, squid, mussels and a weirdly huge prawn. I'm not sure why I mention who had what - we always split whatever we order. Both were delicious. We got a bottle of local white wine to go with it. 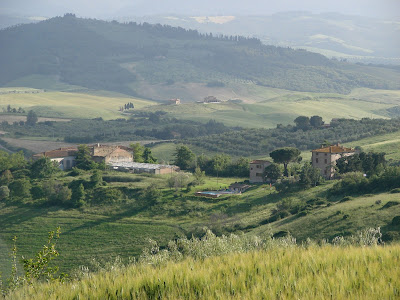 After lunch, we headed back through Tuscany toward the Chianti region. 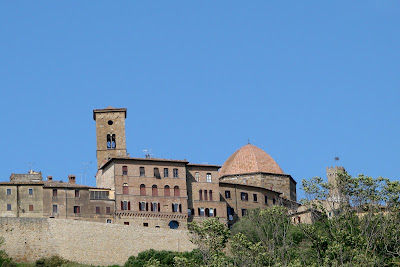 We stopped in Volterra, a bronze age settlement that has been inhabited for almost three thousand years. Stretches of the walls in this city were built in the 4th century B.C. 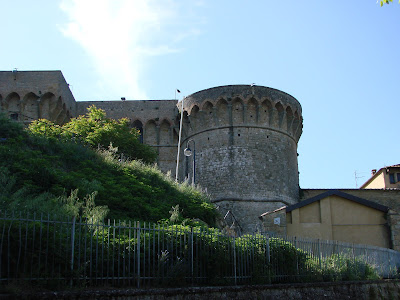 The Fortezza Medici was a fortress built on the highest point of the hillside, completed in the 1400's. It now houses a maximum security prison. I can't even imagine what it would be liked to be locked up with so little natural light. 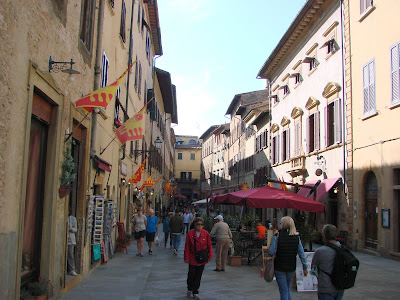 We did a little shopping at some of the crafts stores to bring home gifts for the kids. Volterra exports a lot of alabaster and since I'd bought a pair of silver Celtic knot earrings in Galway, I decided to make that a tradition and bought a pair of alabaster earrings. I also picked out an alabaster and metal pendant to use as a Christmas tree ornament, another travel tradition. We got a gelatto violetta to eat as we strolled around. 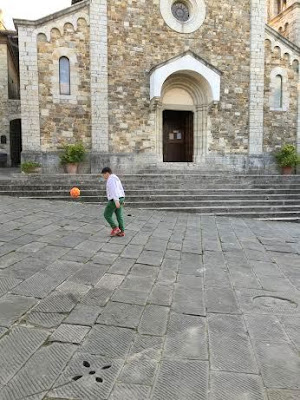 Next we drove toward San Gimignano, which had been recommended to us by a coworker of my husband. We took one look at all the tour buses and milling hordes of people and kept driving. Which was serendipitous, because we were getting hungry and stopped instead at Castellina in Chianti. It is another charming Etruscan-era walled city and probably our favorite. I loved that there were kids casually kicking a ball around in front of this 16th century church, San Salvatore. 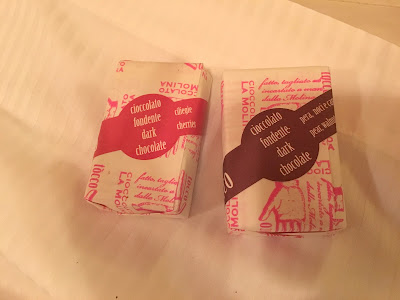 The friendly shopkeeper at the wine store, Le Volte Enoteca, helped us pick a bottle of wine to take back to the hotel and we asked him for a recommendation on a place to eat and also where we might buy some chocolate for later. He walked us across the street to a little store and introduced us to the shop owner there. We tasted samples and ended up with two blocks of dark chocolate, one with cherries and one with pear, walnuts and cinnamon. 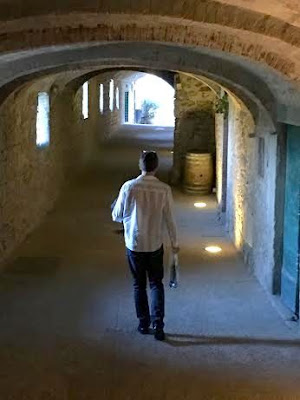 We walked around for quite awhile before dinner, though the Via delle Volte, a stone tunnel along the outer wall of the city. 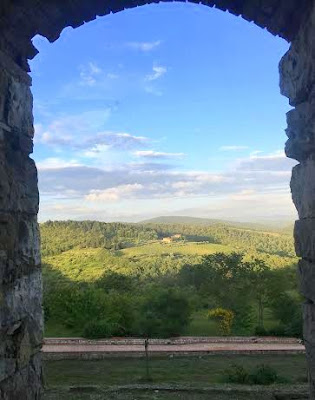 It was originally a pomerium, a sacred and military boundary. There were windows in the tunnel that looked out over the hillside. 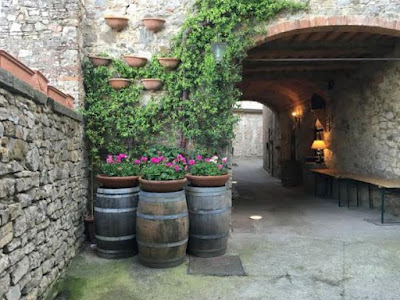 Originally the Via delle Volte was open-air, but later enclosed as homes were built against the outer defense wall. 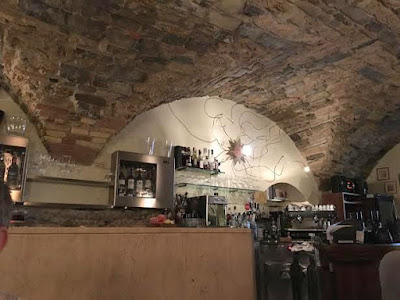 As it grew dark, we walked back to the suggested restaurant, Il Cantuccio. We settled into a table in this cozy little place and watched a young man who worked in the kitchen take a few minutes to sit down at a table and enjoy a plate of pasta and a glass of wine. It seemed like a good omen. Our waiter was a friendly guy who sang as he worked and kept a glass of wine for himself on the bar. 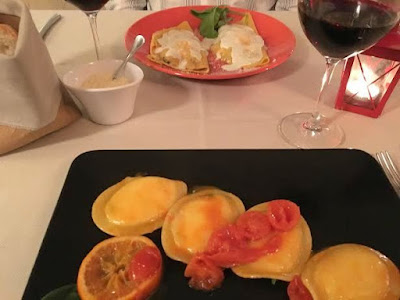 We had ravioli l'arancia and crespella primavera with zucchini and a cream sauce and a bottle of Chianti.  Again, everything was delicious. You might be noticing a theme here. 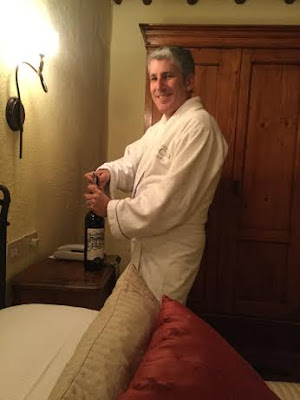 Then back to Il Borgo for the night. We could not resist the fluffy robes provided for us, and settled in with our wine and chocolates.
Posted by Secret Agent Woman at 5:14 PM