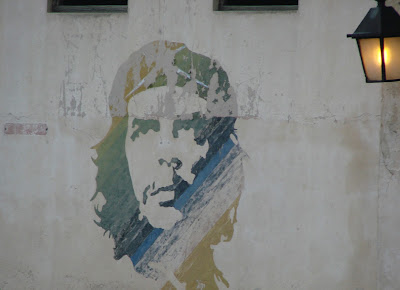 The image of Ernesto Guevara de la Serna is everywhere in Havana. He was called Che because like other Argentinians, he used the word all the time. Che means either "Hey" or "mate" depending on the context. But Che stuck, and Cuban school children chant "Pioneers for communism, we will be like Che." Except, you know, in Spanish. 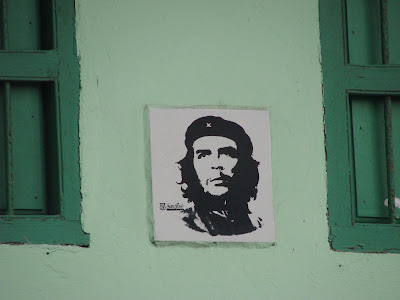 Prior to our trip we watched "The Motorcycle Diaries," based on Guevara's journal as he and his friend traveled through South America to volunteer in a leper colony. At that time, Guevara's nickname was "Fuser," a shortened form of furibondo (wildman) Serna, from his rugby days.  We also watched a multi-episode documentary about Cuba's history which included Che's involvement in the Revolution and his assassination at the age of 39 by U.S.-backed Bolivian soldiers. 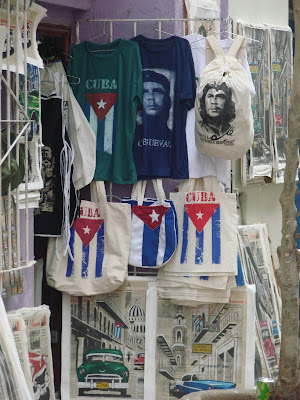 As a martyred hero, his image sells T-shirts, bags, artwork, hats - you name it. 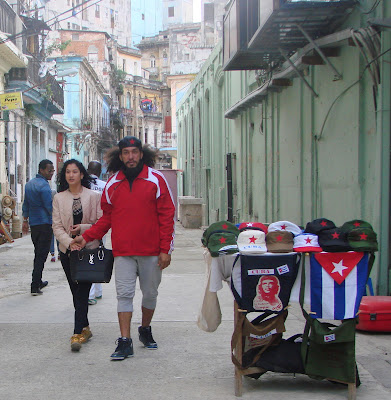 But it seems to me that people who see Che Guevara only as an ideal of revolutionary fervor are missing the bigger picture. Dedicated to socialist revolution around the world, yes. But also someone who commanded the death squads and who was able to execute people in a detached way. Che himself said, “A revolutionary must become a cold killing machine motivated by pure hate.” 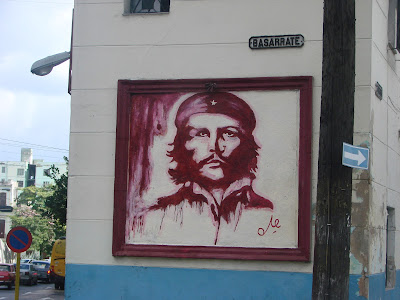 This struck me as a rather poor version of the iconic image. We also saw a billboard that said "Gracias Che para tu ejemple." (Thank you Che for your example.) 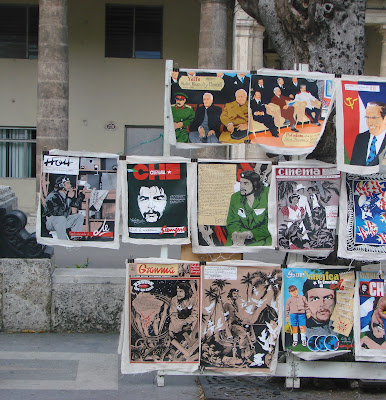 He would seem to be a much beloved figure in Cuba. But I'm not sure what love means when the penalty for not idealizing him is persecution or even death. 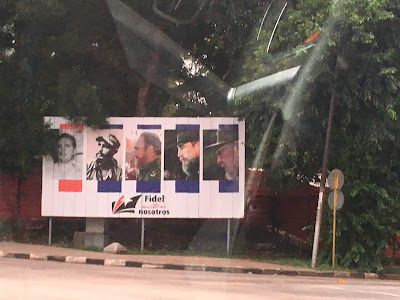 And although I got fewer photos, there were no shortage of pictures of El Commandante, the recently deceased Fidel Castro. 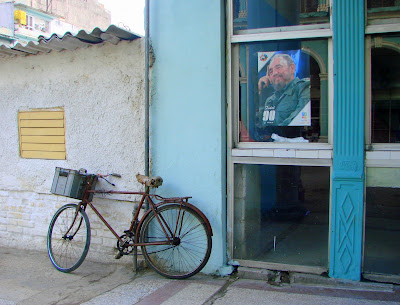 Windows bore old posters from his birthday last August celebrating "90 años y más (90 years and more)." Nowhere did I see an image of Raúl, who is apparently a more behind-the-scenes kind of guy. 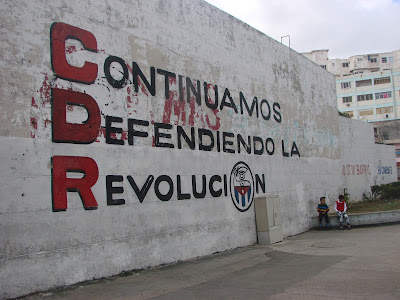 Propaganda is often painted on walls: "We continue to defend the revolution." If you google clips of Fidel speaking, you'll hear that he has a distinctive speaking style. A somewhat high, sibilant voice, with r's that roll on forever. And unceasing passion for his cause. 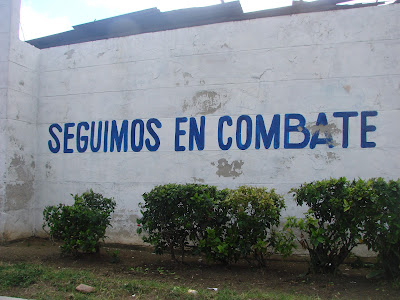 "We continue in combat," or "We continue to fight." And it's never stopped being a fight. Party loyalists see themselves as an embattled group, constantly at war with the decadence of the capitalist countries. And it's easy to understand what drove them initially. Batista was purely evil and the U.S. profited from his reign. What right-thinking poor person in Cuba wouldn't have wanted him ousted? 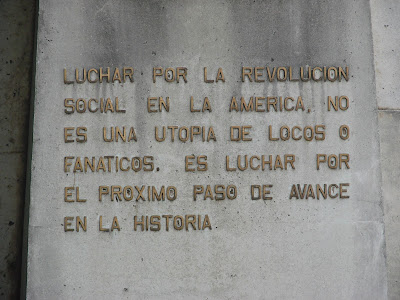 "To struggle for the Social Revolution in America is not a utopia of crazies and fanatics. It is a struggle for the next step forward in history." Except ... Cubans live in poverty under the Castro brothers (while Fidel himself had a pretty cushy set-up), and dissent is largely squelched. 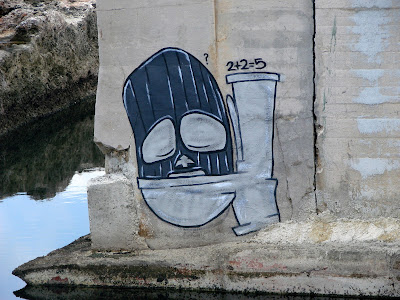 But not everyone seems to feel positively about the communist state. Graffitists abound, and we saw this masked figure frequently. 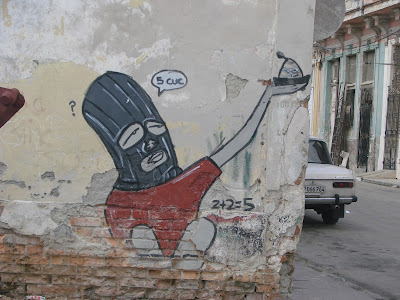 I did a little research when I got home and discovered they were the work of Fabián Hernández. He goes by the nickname 2+2=5, a nod to a George Orwell reference from the book 1984. It indicates the sort of illogical dogma people are forced to espouse in a totalitarian regime. 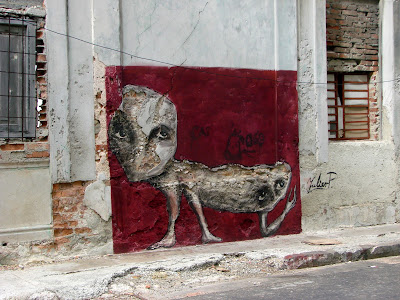 This is the work of Yulier Rodriguez, who has paintings all over the city. 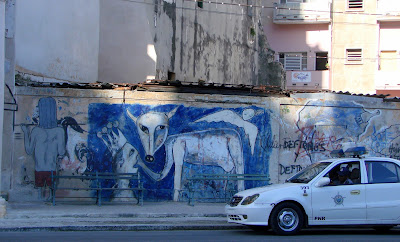 I wonder how Fidel felt about the protest of the street artists? Maybe it's only been possible since he handed control (mostly) to his brother? Depending on what happens next on our end - whether we continue to trade with Cuba and allow money to flow into the struggling country - Cuba might be on the edge of a change. I have to admit that now that I've visited, I'll be following the news on that country with interest.
Posted by Secret Agent Woman at 4:33 PM