So I have a trip to blog about from last week, but first I just have to post about the eclipse. 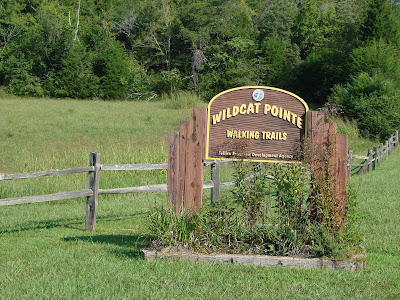 Our town was just outside the zone of totality so that if we stayed home, we'd only have a partial eclipse. Instead, we got up at 3 am to head southwest to bring us right in the center, less than an hour's drive. Our goal was to stay clear of the interstate and I found a small park near a little bitty town. We stopped for breakfast mid-way and arrived at the park before dawn. 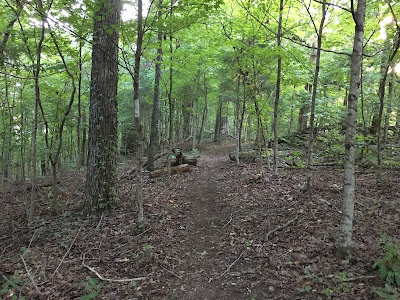 At day-break, after a nap in the car, we took a 2 1/2 mile hike through the woods. At that point we were still the only ones in the park. 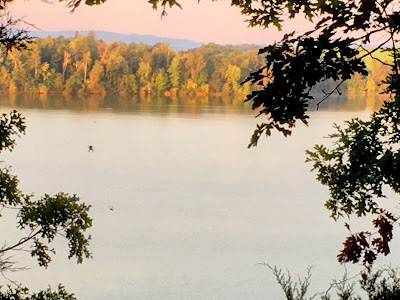 We ended on a ridge overlooking the lake, with the morning sun lending a rosy glow to everything. 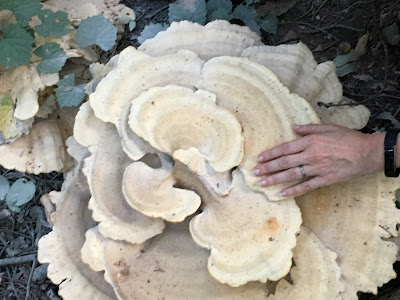 On the hike back down, we noticed these absurdly large fungi on the ground. 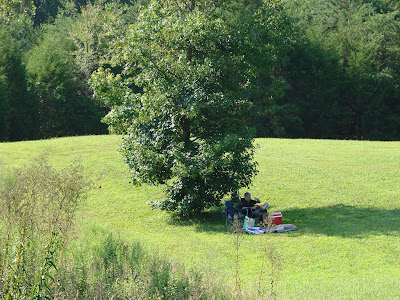 A few more cars had arrived when we got back, so we set up under one of the few shade trees. I'd packed more food than is actually sane and we had chairs, a cooler and a blanket. 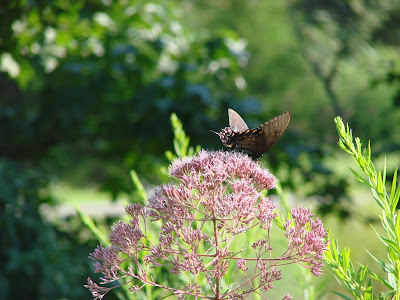 This little park had a bathroom and only one dark-activated outside light, which my husband temporarily disabled. Near our tree was a meadow loaded with Joe Pye weed and other butterfly-attracting wildflowers. 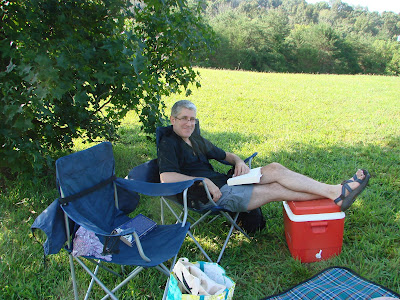 Eventually, two other families joined us in the shade. In all, only about 30 cars showed up for the eclipse. Just down the road, people were selling parking spaces at their businesses and homes, but this was free and much more pleasant. We were told that the highways had become parking lots by late morning. 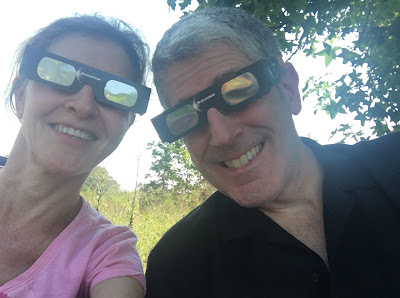 But we weren't there for the scenery. It was eclipse time! 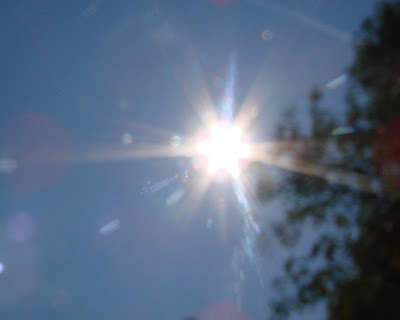 At first, every photo I tried to take just looked like the regular sun. 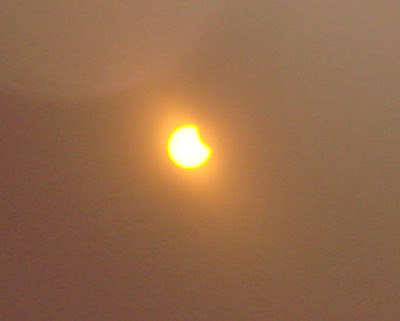 Finally, I managed to get a shot with the eclipse glasses held over the camera lens on my phone. Not a great one, but you can see the encroaching shadow of the moon. I had a book that had come with the glasses that I lent to the first family that joined is. One of the little girls was enthralled with it and tracked the phases, comparing the moon to the drawings. I gave her the book to keep. 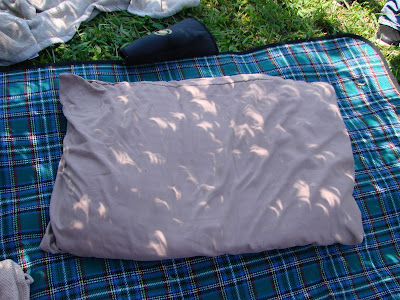 The shadows through the trees became little crescents. 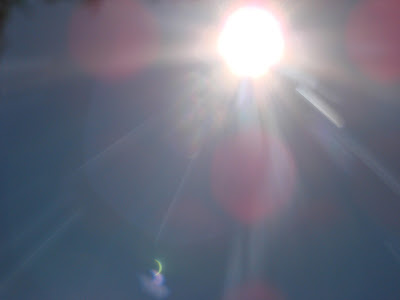 Oddly, some of the photos showed a little reflection of the crescent of the sun. 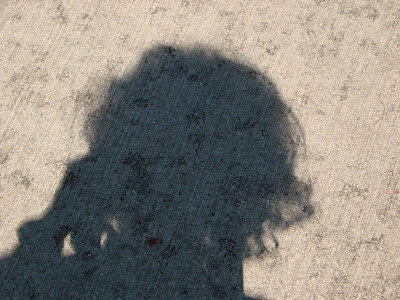 I'd read that shadows become sharper as the eclipse increases, so I pulled my hair out of its ponytail so I could see that phenomenon. 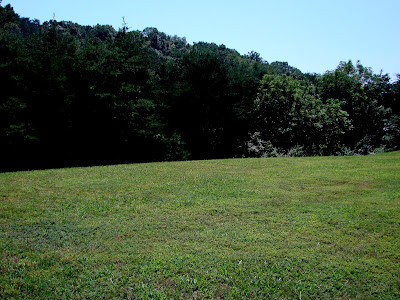 Right before the total eclipse, the temperature started dropping and the sky began to darken to a twilight shade. It was eerie. 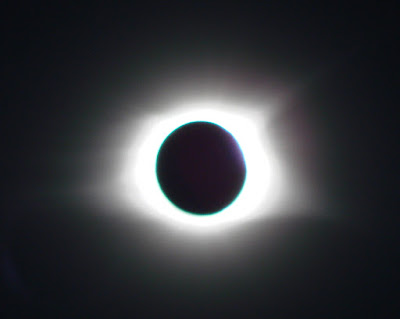 Then totality! Everyone pulled off their eclipse glasses and a spontaneous cheer went up. We toasted with a sip Irish whiskey. I wasn't expecting to feel that sense of awe, but it was actually spectacular. I tried to imagine what it must have been like to experience it long ago before anyone understood what was happening. Must have been terrifying. 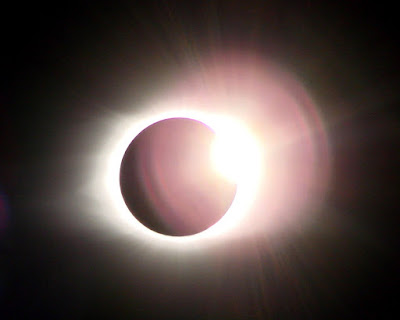 The two and a half minutes of totality flew by. When the moon shifted enough to allow the sun start to shine around the edge, everyone cheered again. The two families we'd sat with gave me their email addresses and asked me to send them the last two photos. We made our way back home along back roads to avoid traffic and started thinking about how we might catch the one total eclipse when it rolls around again in 2024. Because it's totally worth it.
Posted by Secret Agent Woman at 6:37 PM