I also read a fair amount of nonfiction last year.

Again, my Goodreads reviews of a set of a few of the non-fiction books I read in 2018: 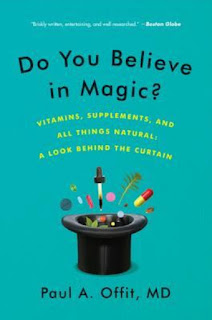 Do You Believe in Magic?
On the breastcancer site I'm on, I have been struck by how many people are duped into alternative medicine approaches to cure their breast cancer. Coffee enemas, hydrogen peroxide infusions, megadoses of vitamins, a list of supplements as long as my arm. Sure, chemo sucks. I’m not enjoying it one bit. Wasn’t a big fan of the surgeries I had either. BUT those approaches are put to rigorous testing and offer my best chance of living. I hope a generation down the line we’ve come up with better methods. But for now, this is the best we have.

I wish I could insist that everyone posting about what they believe will provide a miracle cure would read this book. We all need to be critical thinkers when it comes to health care. The end notes (which I wish had been more clearly pointed to) provide a means to get to the studies mentioned and you don’t have to have a science or medical background to read the abstracts and conclusions.

As for the personal “attacks” other reviewers have criticized Offit for, you know what? People like Jenny McCarthy, Suzanne Somers, Mehmet Oz, Oprah, and so on NEED to be called out for their ridiculous claims. They are actively using their celebrity to steer people away from life-saving treatment, and often funneling huge profits into their own pockets in the process. 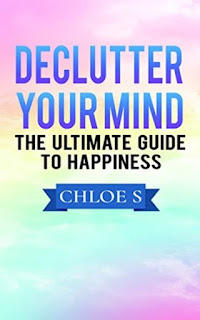 Declutter Your Mind
(Note: This is a clear example of a free book that isn't even worth being free.)

I can think of three explanations for this bizarre and often incomprehensible book: 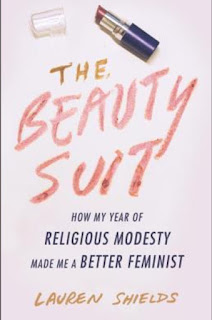 The Beauty Suit
I think this is a really important topic but it could have been handled much better. It was a bit scattered and didn’t actually deal all that much with her “year” (actually 3/4 of a year) of experimenting with religiously modest dress. There are just a few brief reports on how the experiment went for her. I also had a few other gripes about the book:

For one, Shields interjected her own religious beliefs unnecessarily. She states that she is glad she’d moved past her “spiritual but not religious phase” and that she would not have made it through her brother’s death without religion. That’s fine for her, but not the only or superior way to be. I made it through my brother’s untimely death without theism and didn’t descend into nihilism (which she suggests is the route for the nonreligious).

Secondly, she talks at length about the damage done by toxic masculinity and women as sexual objects, but seems unwilling to take a firm stand against institutions like pornography which by their very nature oppress women.

Additionally, if you really want to experiment with not caving to societal pressure to don the “beauty suit,” why veil? If the goal is to be able to live with the same freedoms as men, it is not only unnecessary but also counterproductive in some ways. Why not, instead, go about your life the way men (at least in this culture) do -not shaving legs, not dying or straightening or curling hair, not wearing excessively revealing clothes, not using makeup, and most of all, not funneling lots of money and time and effort into male-oriented standards of beauty?

Overall, the book felt a little self-indulgent. Particularly since she wasn’t even able to give a talk during that time without putting concealer (a loaded beauty product if there ever was one) on her face. It was telling, I thought, that she was quick to get extensions in her hair and wear a revealing dress the minute the experiment was up. What did she learn, really?

But I gave the book three stars because I think it is such an important topic. Particularly since we seem to be in this wave of young women claiming empowerment by being even more overtly sexualized. “Slut walks” meant as demonstrations of female power in a rape culture serve to reinforce the stereotypes that women are there for men’s viewing pleasure. Ditto women going with men to strip clubs or working at restaurants that use women as eye candy. It’s time - past time - for us to start seriously challenging the idea that we need to dress provocatively as a means of gaining men’s attention or garnering power. Rejecting that notion is the way we assert our strength, not wearing a veil for nine months. 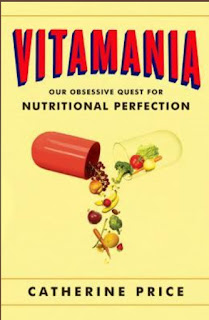 Vitamania
This was an interesting, fact-filled book about the history of vitamin-deficiency diseases, the circuitous routes to discovering how to treat them, and the evolution of vitamins into an unregulated industry. Vitamins and supplements, that is, which are generally lumped together. If you’ve read Paul Offit, Timothy Caulfield, or Joseph Schwarcz, you won’t be surprised to hear what a scam the whole nutritional supplement industry is. And if you are looking for advice about vitamins it boils down to the same suggestion given by those other authors and Michael Pollan - keep your diet as whole food, plant-based as possible. All the vitamins you need are there, and distilling them out doesn’t take into account the myriad of other nutrients that coexist within food to keep you healthy. I’d say we don’t need yet another book telling us that but clearly, judging by how many people eat the unhealthy Standard American Diet, we absolutely do. And in my opinion, the more voices raised in opposition to supplement-pushing quacks like Andrew Weil and Christiane Northrup, the better. 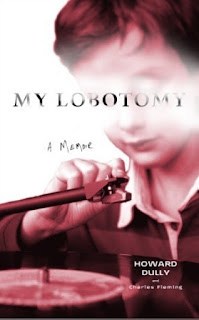 My Lobotomy
This should have been a much more interesting book. Certainly the subject matter is compelling. But it is so poorly written that I quickly found myself wondering why they hadn’t gotten a co-author involved. Then flipped back to the cover and realized with some horror that they had! How does a Newsweek writer sign off on something this badly written? The narrative reads as if a child has written it. The author finds so many things “lame” - from classes to corduroy. And the memories are often unbelievable. I don’t believe, for instance, that he has memories from infant-hood. I don’t believe 30 of 32 girls at his school were found to pregnant. And in one case, he notes that no one other than his father is smiling in a family photo - and then shows the photo with the stepmother clearly smiling.

On the one hand, I feel deeply, deeply sorry for the kid who grew up with such cruel parents. His stepmother was vicious and abusive and his father little better. And sorry, too, that he was subjected to such an outdated and harmful surgery and sent to an adult asylum because they had no place willing to take him. All of that was dreadfully wrong. I can’t imagine.

On the other, he sounds like like he was a bit of a shit. He writes without remorse about the many times he broke rules, messed things up, stole, vandalized things, bullied other kids. He even got a teacher into a headlock and punched him in the face because he didn’t want to make his bed. I can see where he might have been viewed as a problem. In his adulthood he escalated to outright criminal activity, cheating on his wife, physically abusing women, and substance abuse. In his view his dislike of rules just made him a “nonconformist.” He even states that he fought for custody of his son to hurt his wife and that he wasn’t actually interested in his son’s welfare. He has ample reason for developing sociopathic traits but it’s still distressing.

It does sound like his research brought him peace and that he is happy in his life now. I’m glad for that. But unfortunately, that doesn’t make this a book worth reading. Maybe in another writer’s hands it would have been. 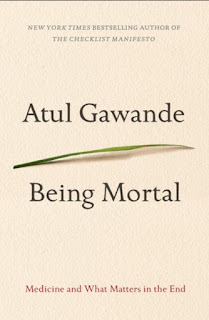 Being Mortal
I didn't review this book, even though I gave it 5 stars. Ironically, I read this book a month before my diagnosis. First, I always loved Atul Gawande's articles in the New Yorker. This book is an examination of end of life medical treatment. Atul Gawande and both his parents are all physicians and yet they are as emotionally flummoxed by the elder Dr. Gawande's terminal diagnosis as any nonmedical family would be.  He talks at length about how his family made decisions regarding his father's care and also walks through several case histories - most of them people with metastatic cancers. It really made me think about how far I'd be willing to go if faced with such a diagnosis. A month later, I was glad I'd read it so that I could have some limits in my mind as I approached my own treatment decisions. Honestly, I think this is a book everyone should read.