Last Thursday we were up before dawn to catch a flight to Fort Lauderdale. It always makes me uneasy to be in that airport ever since there was a shooting in the baggage claim area an hour after we'd passed through it on our way to Cuba. But there are now cheap, direct flights to that airport and we are willing to travel with what we can carry in small backpacks. 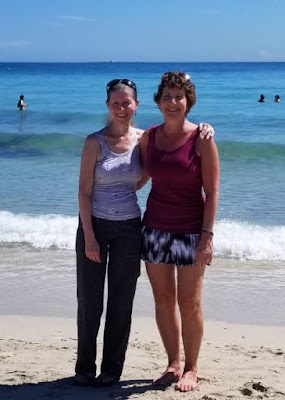 After picking up our rental car, we headed straight to Miami. I had been corresponding with a woman on a breast cancer site who had the same chemo regimen I did, but several months ahead of me. She and her husband just happened to be vacationing in South Beach, so we couldn't pass up the chance to meet them there. After brunch and prosecco, we went for a walk to the beach. We laughed about how we could now go braless even in a tank top even though we are both in our mid-fifties. 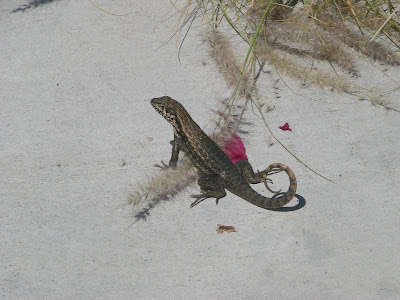 These adorable curly tailed lizards were everywhere we went. 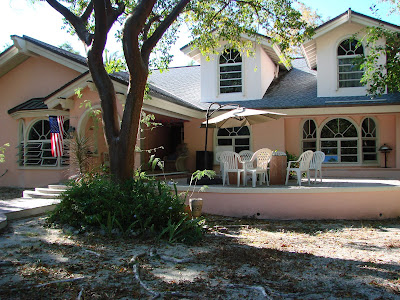 Then on to Key Largo, to the airbnb where we had booked three nights. 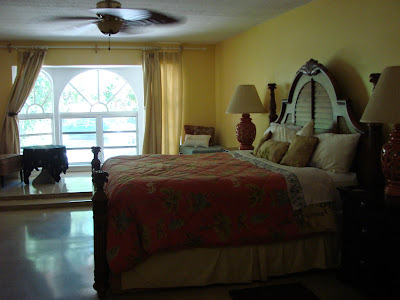 Our room was absurdly large. The cement floors felt wonderfully cool under our feet and it was pleasant under the fan at night. 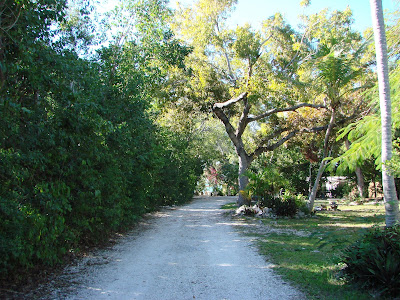 The house was on a family property, and we had the master suite in the original house. 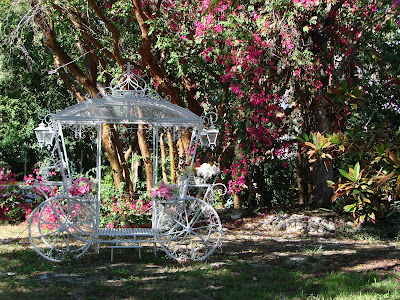 The place was a little on the whimsical side, including this wire carriage and more gazing balls than you could shake a stick at. 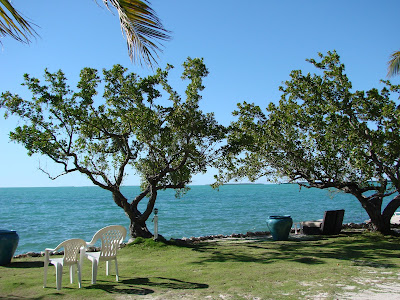 The property ended on the Florida Bay, in the Gulf of Mexico. We spent a fair amount of time while we were there reading and gazing at the water in those cushioned sears on the right under the tree. 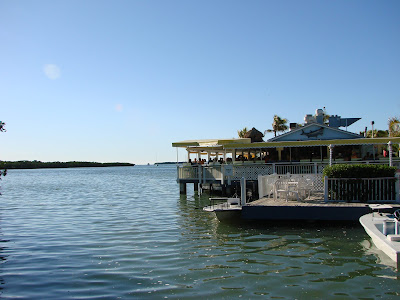 That evening we went to the Lorelei, a restaurant on the bay in Islamorada. 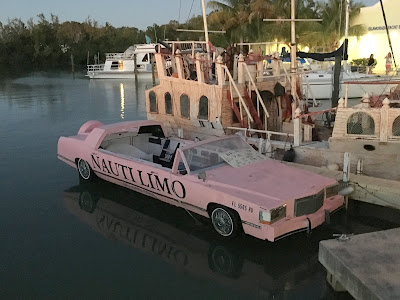 Sadly, we did not get there by Nautilimo. 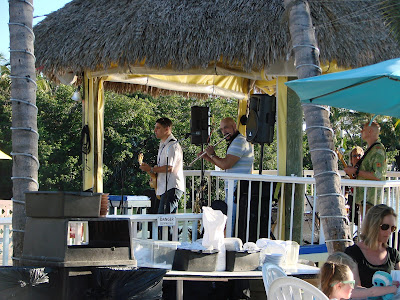 The restaurant had live music, mostly of the 70's singer-songwriter variety. 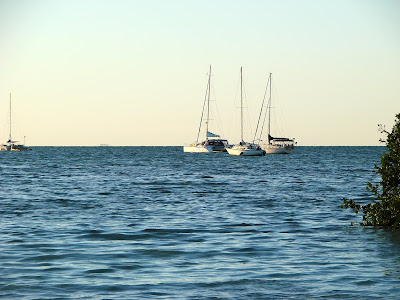 While we ate, we watched the fishing boats. 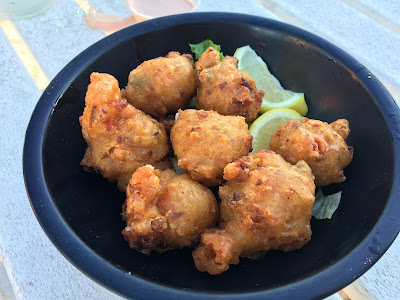 I've had fried conch and conch soups, but we decided to try the conch fritters. They were okay, but not much different than hushpuppies. 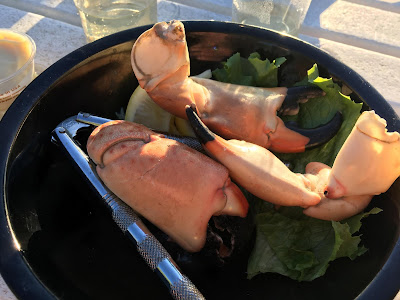 And stone crabs legs. As we were waiting to see the sunset over the water, a group of folks joined us because there weren't any tables available. They bought us a drink and we stayed and talked with them for a bit. 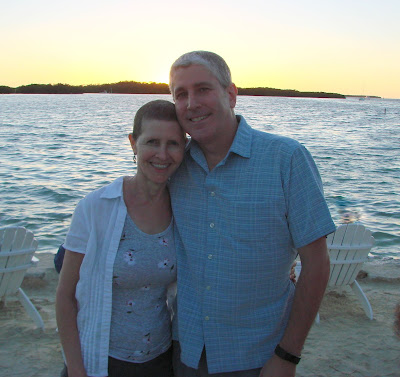 But it was getting late and we had been up since before daylight, so we headed back to our place. 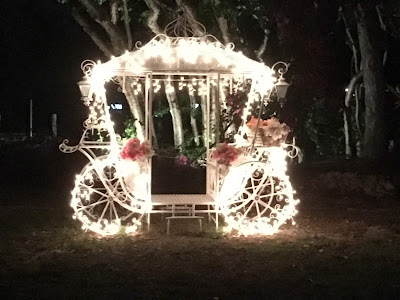 It was still warm out and we decided to walk back down to the water. 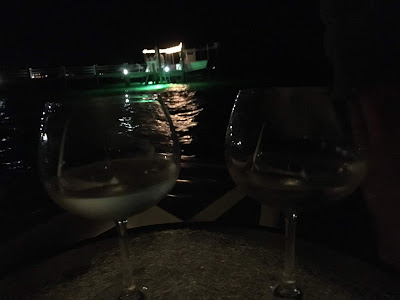 We wrapped up that day with a glass of wine out on their dock. The day had been clear and in the low 80's, and fortunately, that weather held for us the whole time we were there.
Posted by Secret Agent Woman at 11:00 AM