Can you tolerate a little proud mama nonsense? 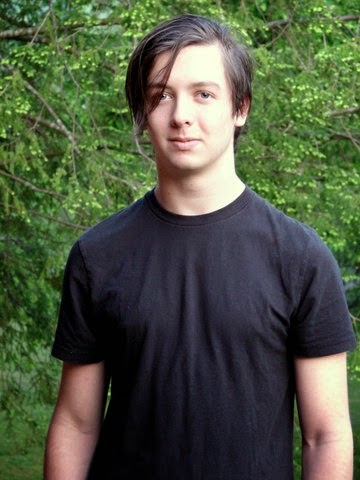 It was this boy's day. He went off on Wednesday for his last day of high school, already looking college-bound. He announced to me the next day that he'd finally convinced his friend, who was giving one of the graduation addresses, to make the theme of her speech "YOLO." I remarked that this was probably the culmination of his academic career and I was only sorry it hadn't happened in time to put that accomplishment on his university applications. As it turned out, he had made a brilliant suggestion - it was a funny address beginning with her turning her back to the audience with her phone held high and saying, "First, let me take a selfie," and filled with pop references such as "in the words of nursery rhyme poet Nicki Minaj..." And rather than focusing on the silly justification of foolishness that YOLO has come to mean, she talked about the challenge of living fearlessly when you embrace the idea that you only live once. 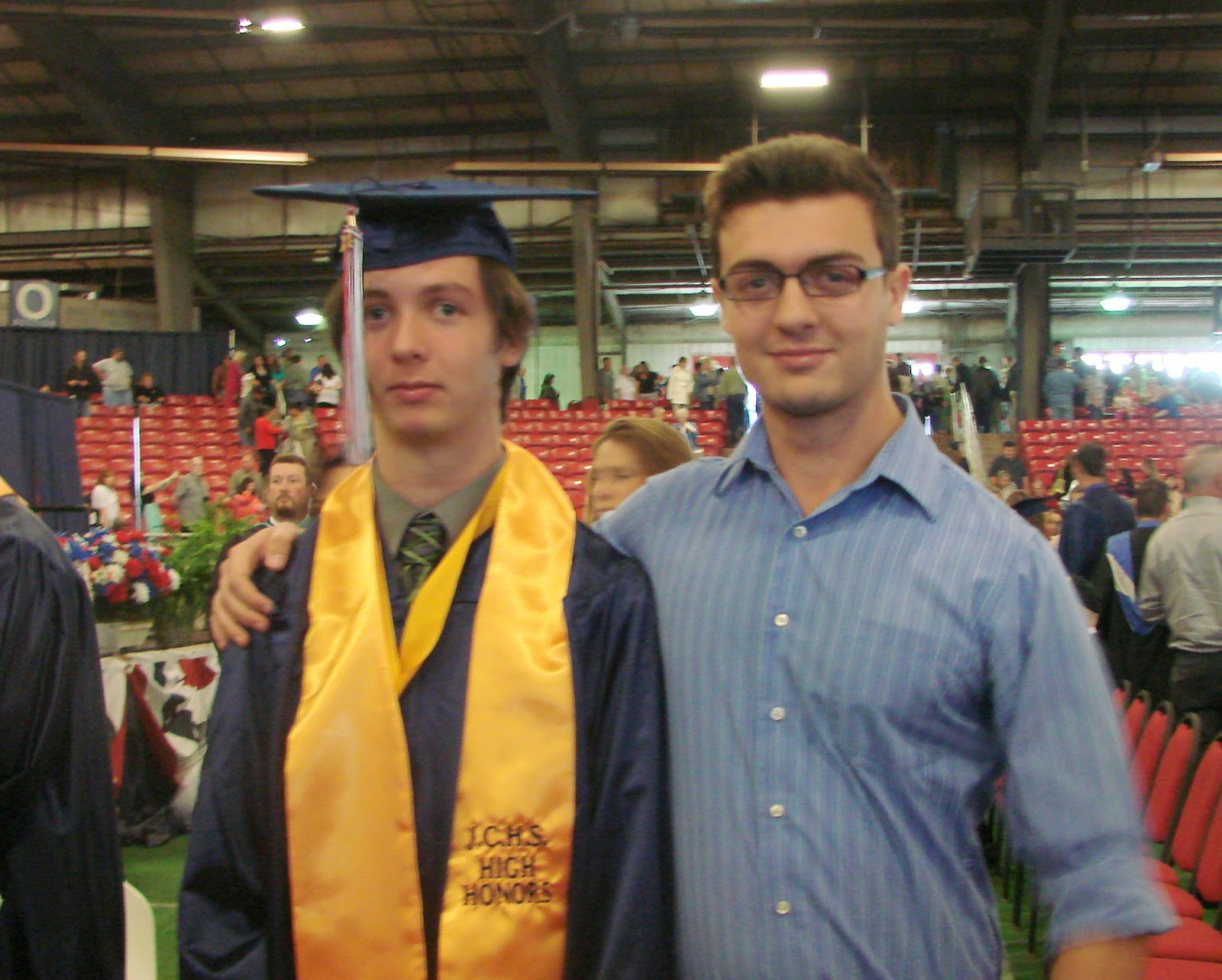 My older son came home for graduation, insisting that we arrive early enough to find a good seat. We were given stern instructions by the principal to refrain from using air horns or cowbells, or from screaming, "hollering" (because this is the South), or otherwise behaving in an undignified way not befitting the gravity of the situation. Which was a little funny given that it was being held in a arena most frequently used for rodeos. But everyone obediently clapped quietly, like golf tournament viewers, for the first nine honors graduates. My older son leaned over to the woman next to him and said, "I'd like to apologize in advance, but I'm going to yell for my brother." And yell he did, bellowing across the arena through cupped hands. Giggles rippled through the audience and as if granted permission, the tone shifted and people began cheering lustily for their friends and family members as they graduated. Because you know what? High school graduations aren't solemn occasions. They are joyful celebrations of kids being launched into adulthood. 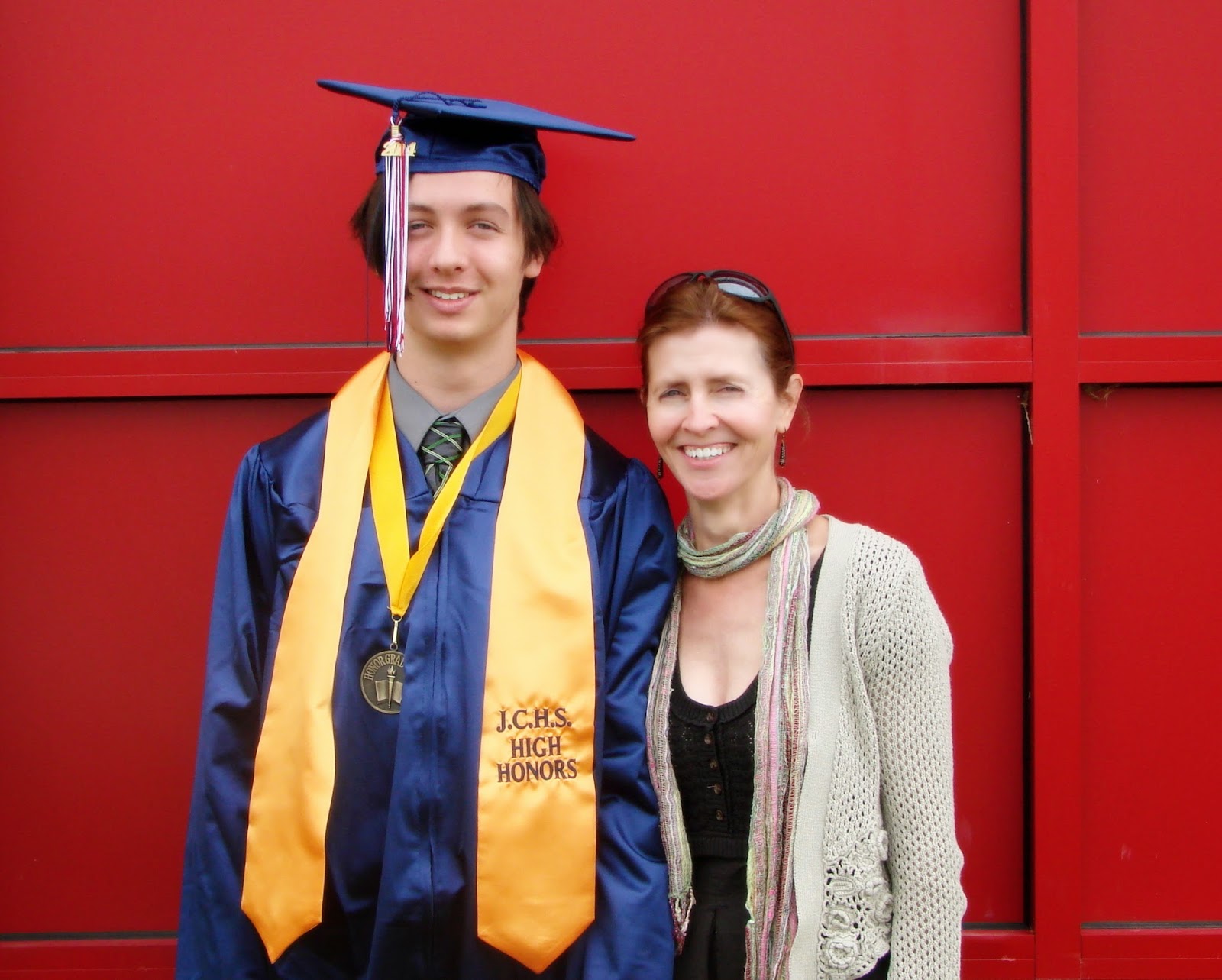 But don't you just know I cried? I swear to you, I had this baby only a few years ago and I don't know how he morphed into a young man so quickly. The boys, their father, stepmother and I all re-convened at my house where I'd made a chocolate chip cake with raspberry sauce and had a bottle of white wine chilling. I let my son pick tonight's menu and we'll celebrate after he and his brother return from their hike. And I'll spend a little time trying to wrap my mind around the idea of having two sons in college.
Posted by Secret Agent Woman at 4:24 PM