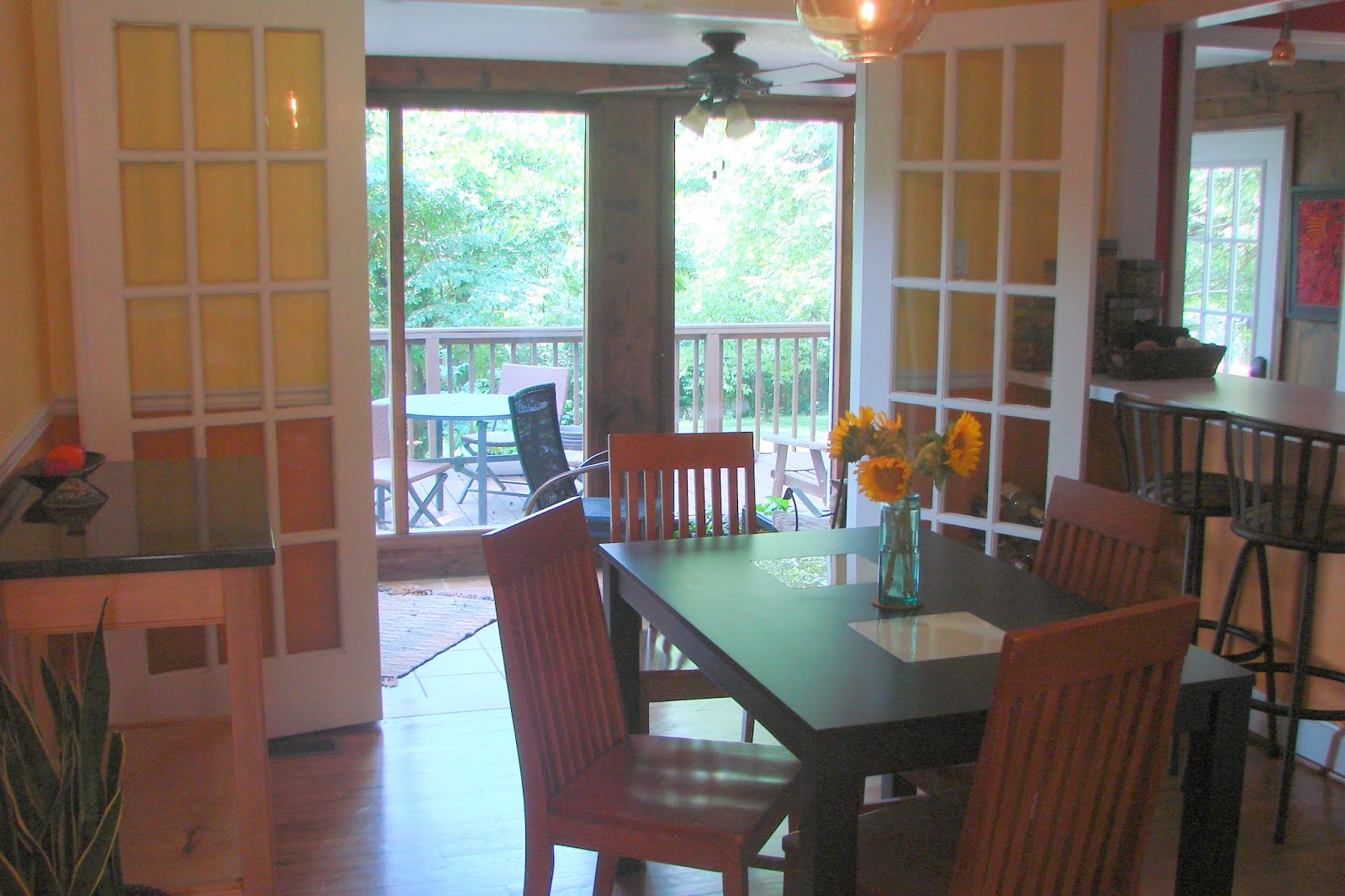 My old dining room table got pretty damaged in the move when I left some wet things on it, unaware that the top was a veneer over particle board. Much warping later, lesson learned. I set out to find a table that was all wood, but still within my budget. I finally found one I liked on-line and ordered it. It turned out to be much smaller than stated on the site, and had been damaged in transit. Two slightly dented corners made it clear the damned thing was NOT solid wood as they claimed, but a veneer over particle board. It also had frosted green glass inserts in the top, which I'd taken to be placemats in the photos, but I actually liked those. I emailed to let them know it had been damaged and they refunded my money and told me if no one arrived to pick it up within a week to discard the item. No one did and I discarded it right into my dining room as a temporary table. 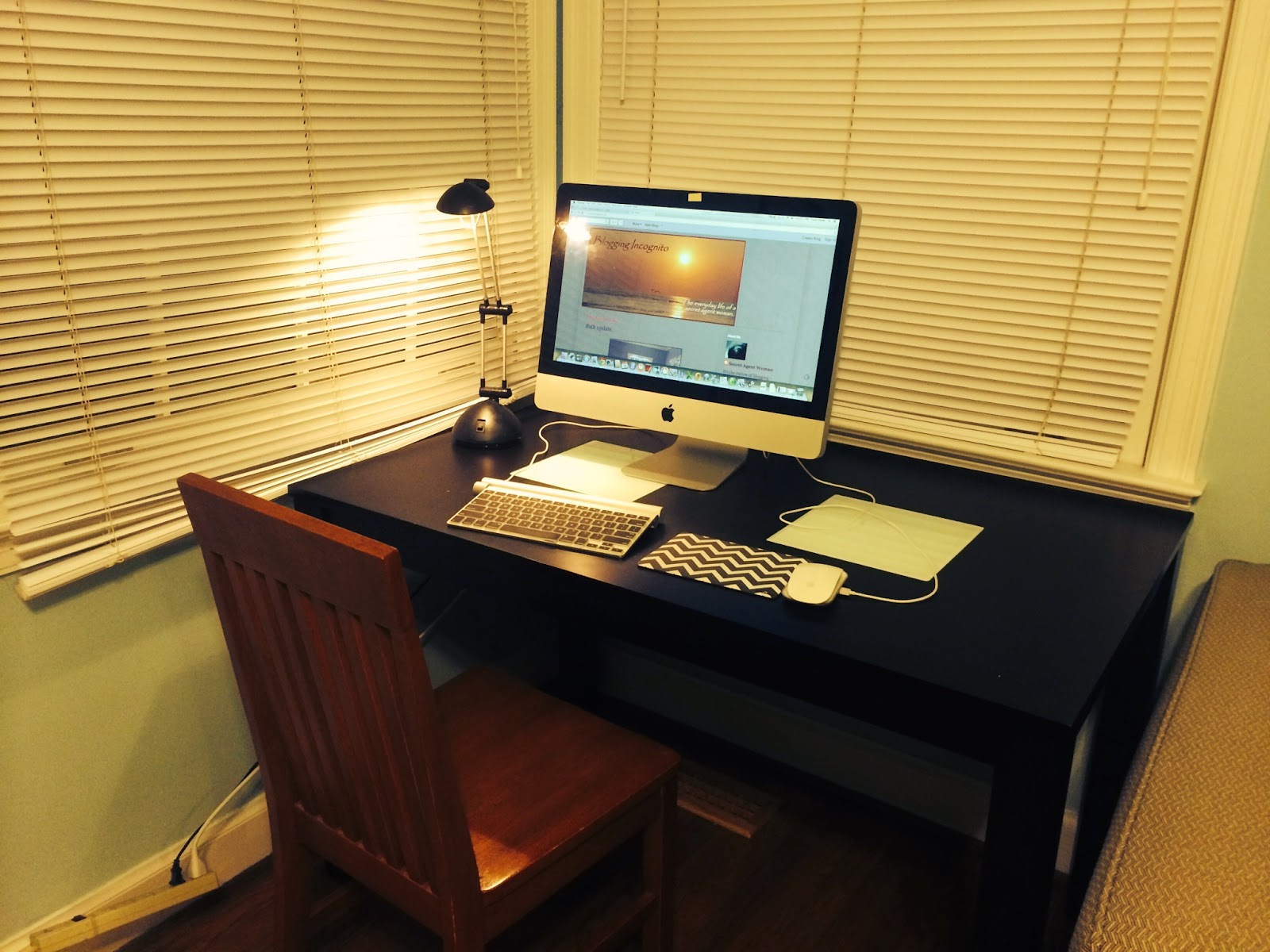 While I was looking at other options, my older son suggested I build my own. Well, I didn't know about that.  But the idea was turning around in my head and I decided on a middle way approach. The dining room table has now become my computer desk in the study/guest room. The dented corners are against the wall and not noticeable. Not bad for a free desk. 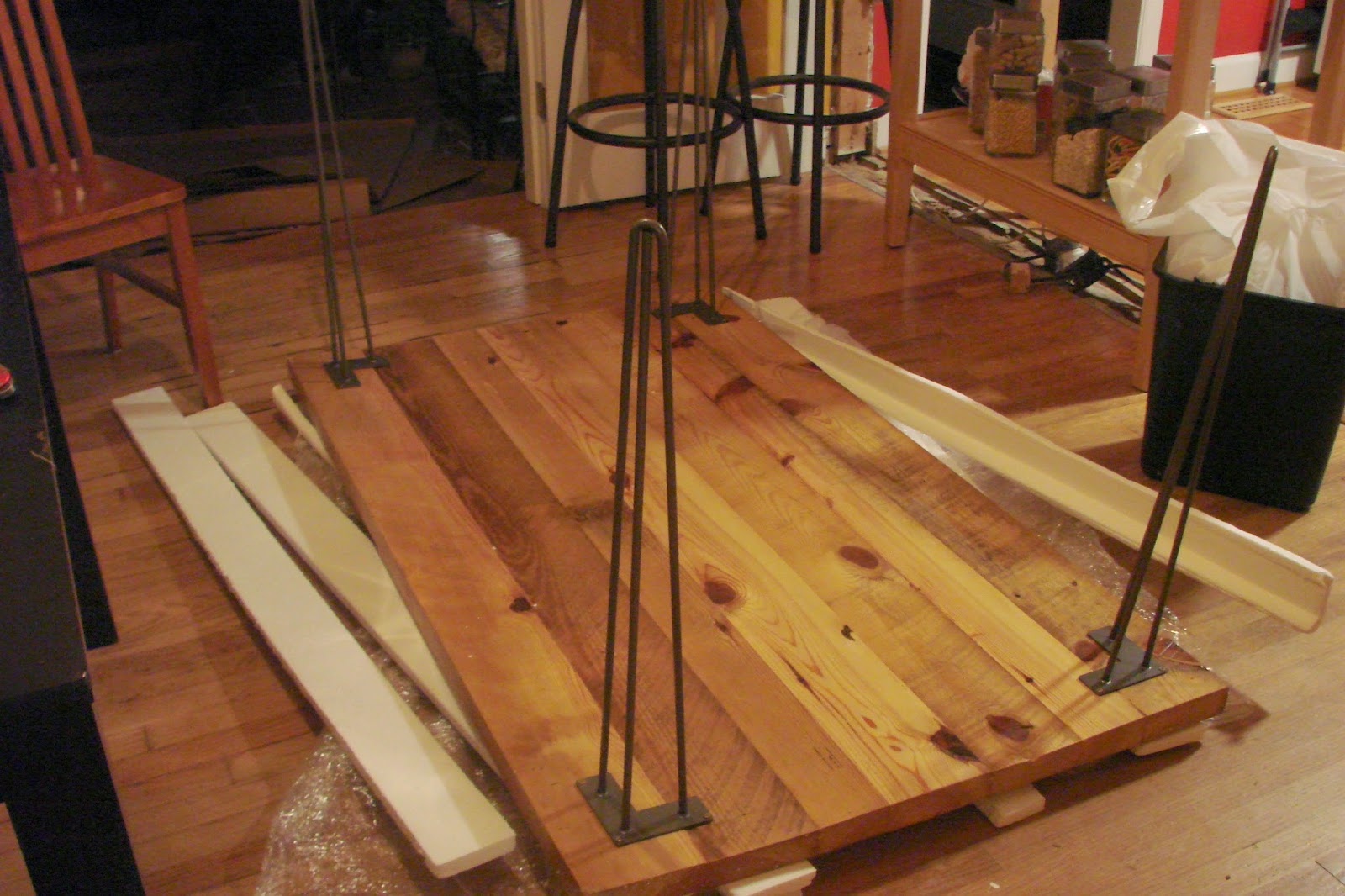 I found a guy who makes countertops and tables from wood he reclaims from old farm structures. I sent dimensions and asked if he'd make a table top for me in lighter-colored wood.  In the meantime, after looking at various table leg options, I ordered a set of iron hairpin legs. They were introduced in 1941, and seemed like a good style fit for my 1945 home. I bought a can of Rustoleum in hammered bronze and painted them. When the table top arrived it weighed 85 pounds and I had a hell of a time getting it into the house. But once in, the legs were easy enough to attach. 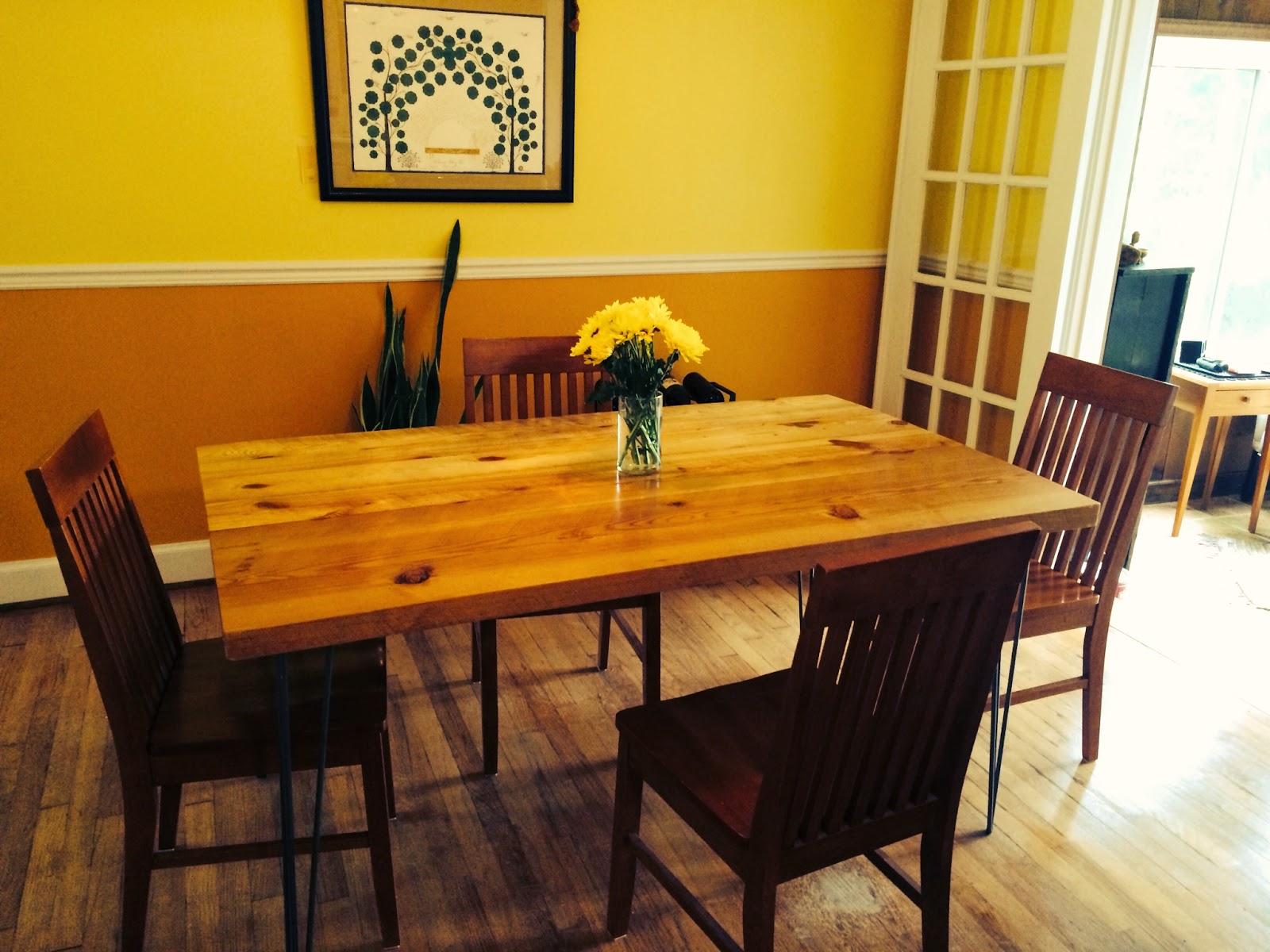 The wood is a yellow pine from a tobacco curing shed on an old homestead in Davidson County, NC, just south of the Winston-Salem area.  I was told that the wood had been cut and milled on the property more than a century ago. You can see the band saw marks in the surface of the wood.  I love the rich history of it and it looks like an old farm table to me. I got it finished just in time for my younger son's visit home for lunch yesterday. 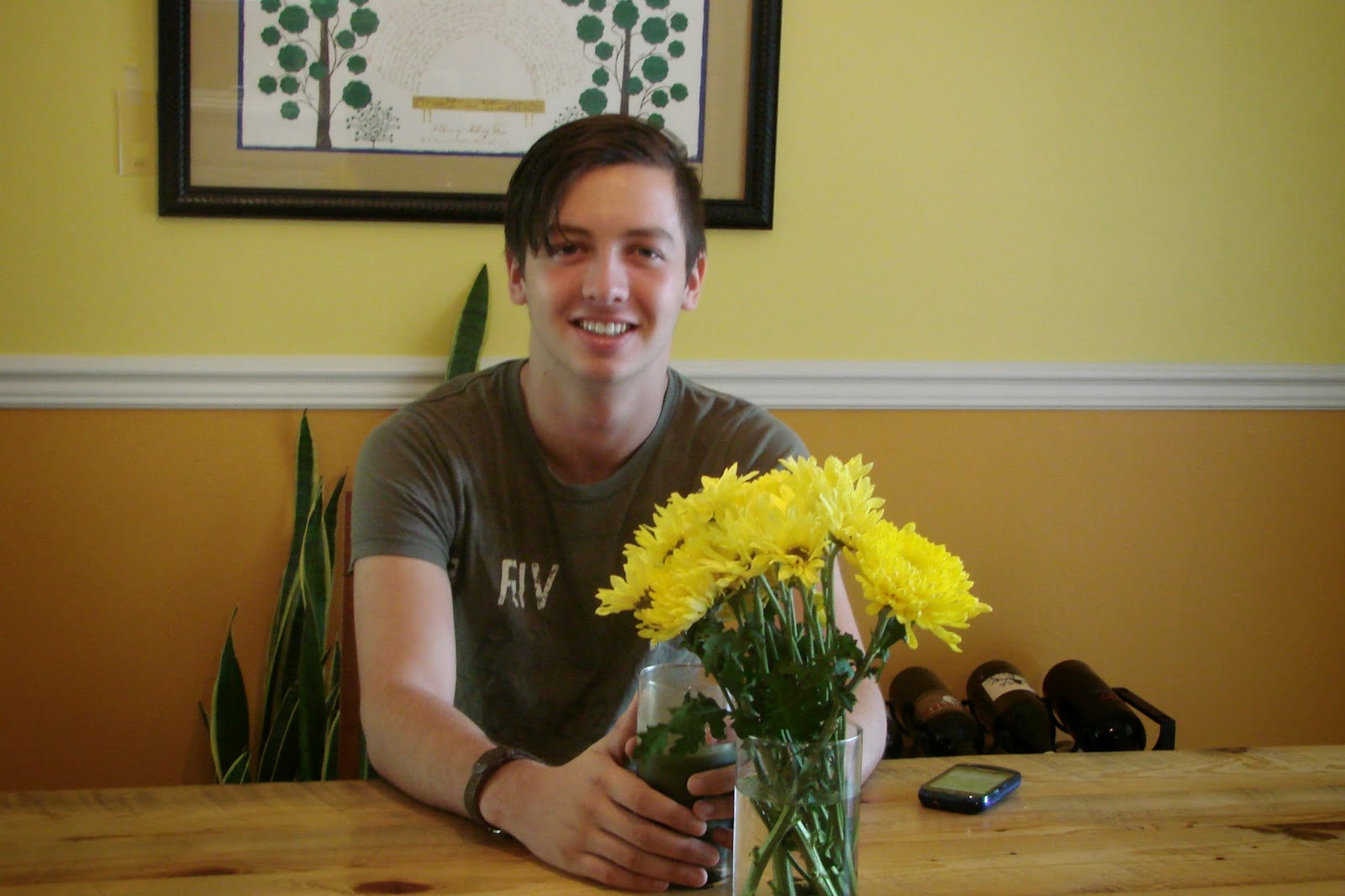 Tobacco killed both my grandfathers. One died from lung cancer, one from emphysema. It was hard seeing them suffer so much. The wood that once helped produce a substance that took the lives of two people I loved now serves to help nourish others I love. Including those men's great-grandsons. It feels karmically redemptive.
Posted by Secret Agent Woman at 6:35 AM