I keep the neighbors entertained. 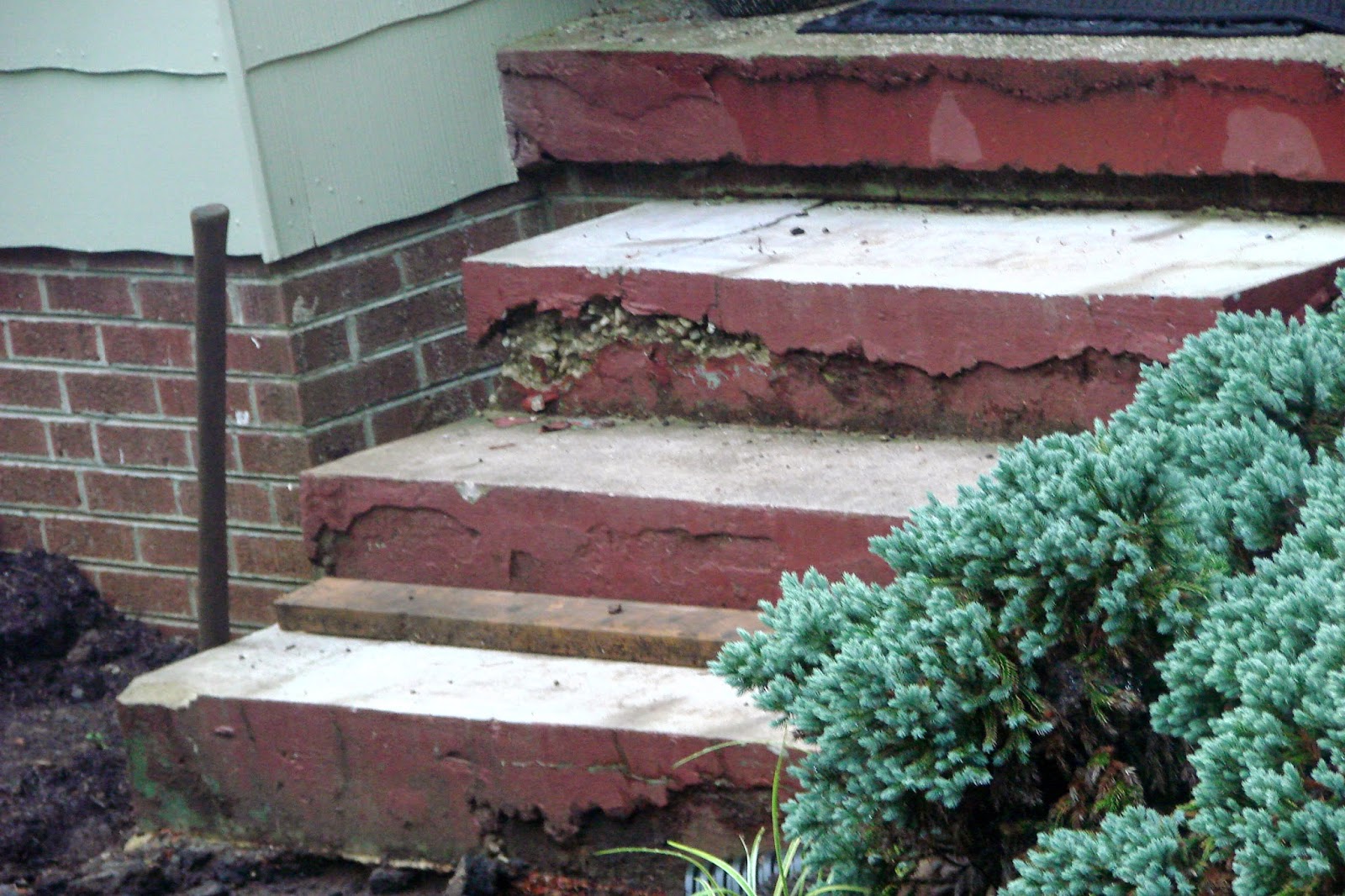 Like most houses in this neighborhood, I have an old asphalt driveway that is cracked and pitted. I don't actually mind it, but it and the walkway to the house were awfully uneven and the steps in pretty bad shape. However, when I got an estimate, replacing the driveway was out of my budget for now, and I decided just to focus on the walkway and the steps. 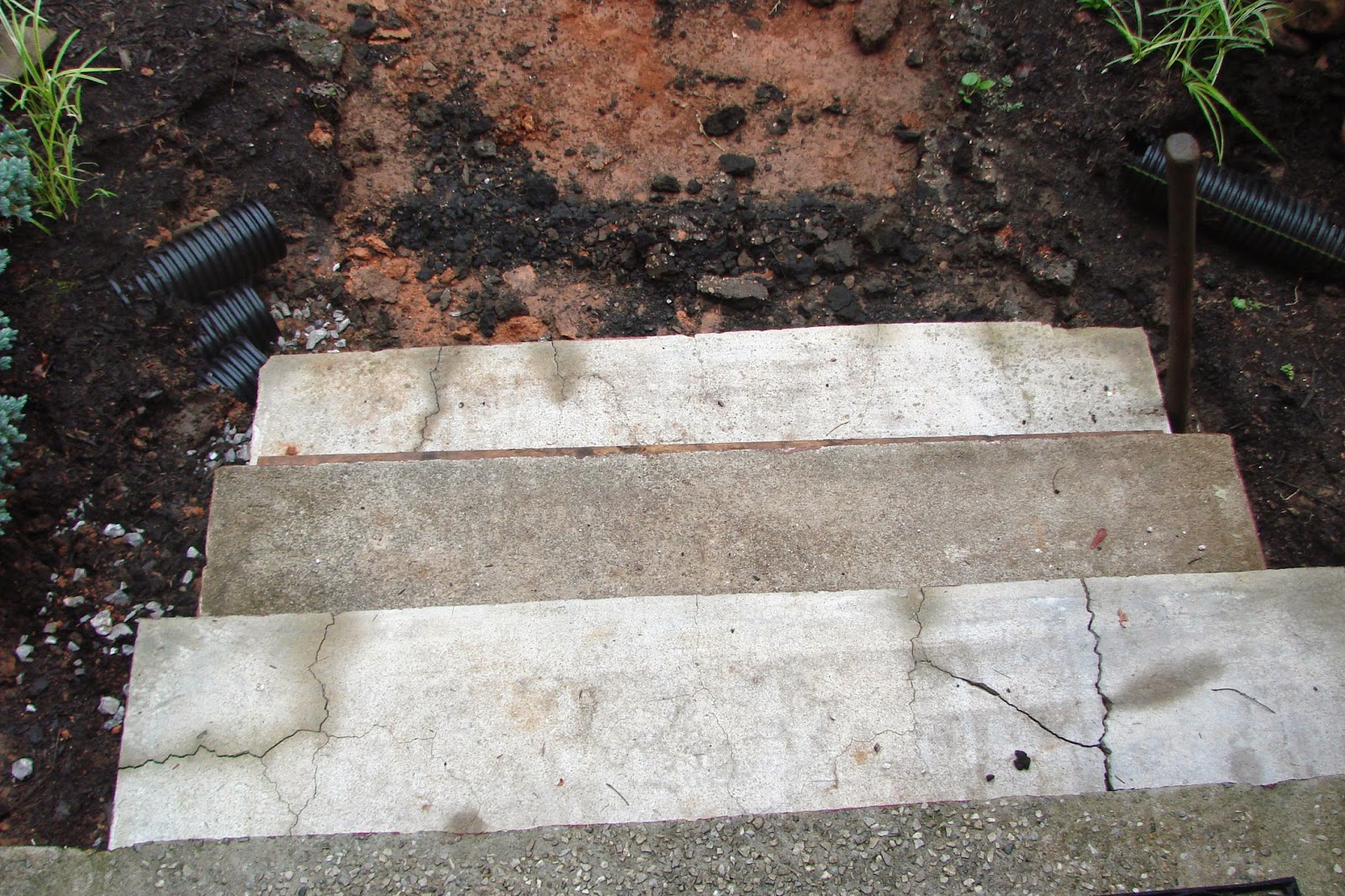 My primary goal was to divert the flow of water during rainstorms so that it wasn't pooling up at the base of the steps. And while I was at it, repair the steps themselves. 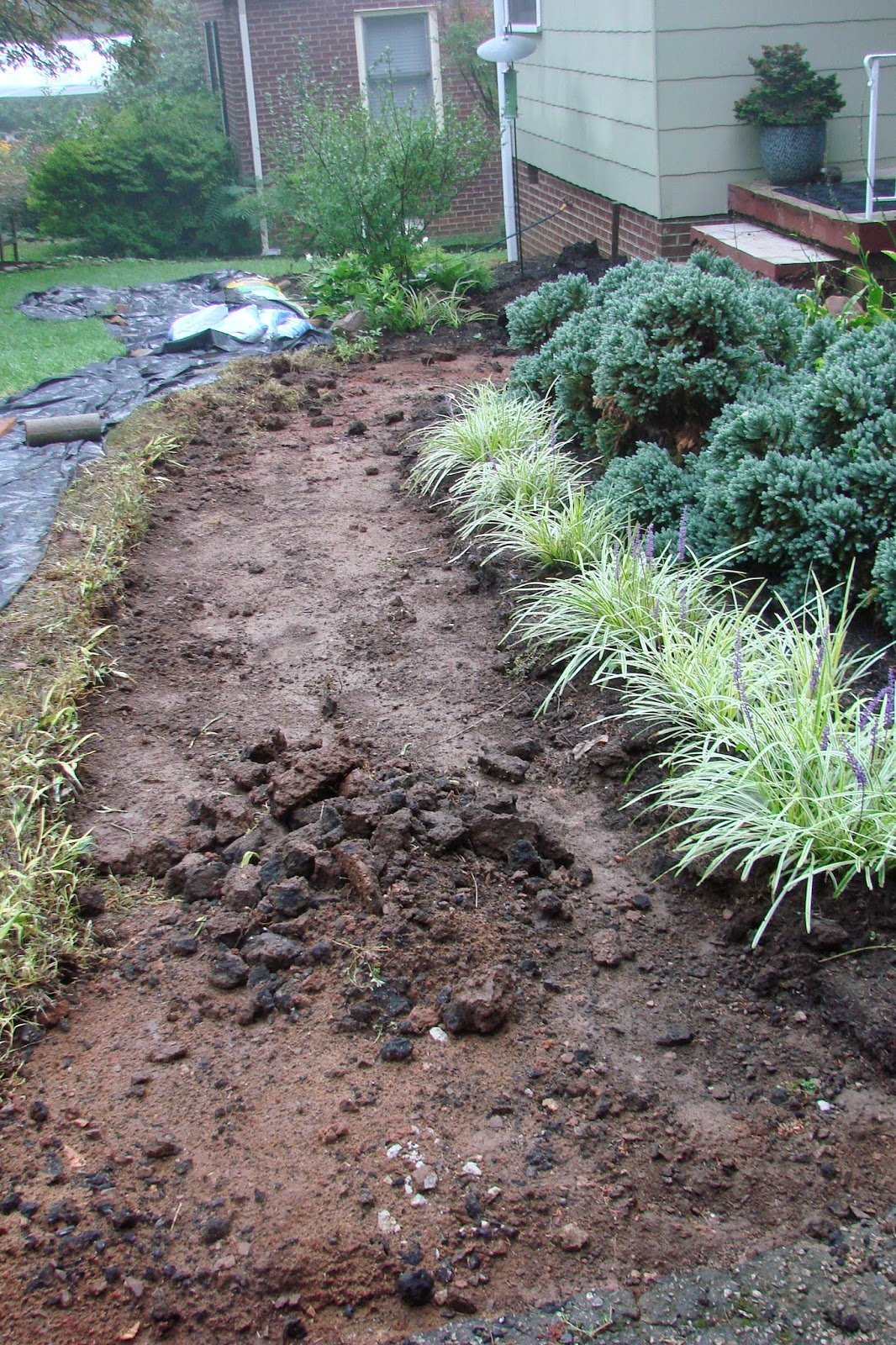 Since I couldn't work on the bed I'd planned until the sidewalk was finished, I covered the area in heavy black plastic to start killing off the grass. In the meantime, the contractor ripped out the old asphalt and hauled it away. As with many of my yard projects, friendly neighbors stopped by to comment on what I was doing. 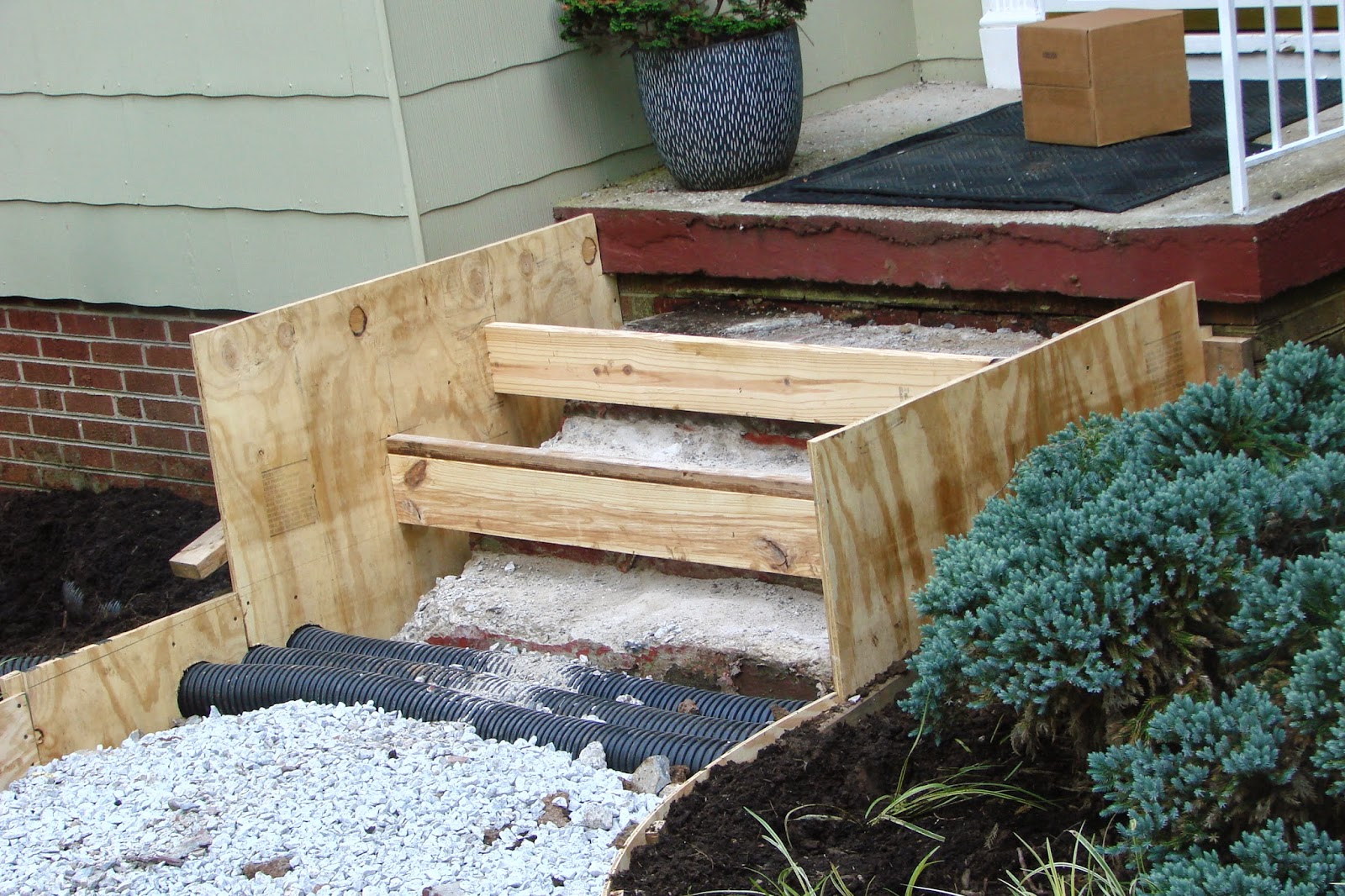 The original plan was to just keep the three steps. But then I had an idea. I asked my contractor what he thought about eliminating the bottom step and raising the level of the sidewalk so that we could run tubing underneath it to take water from the drain all the way down the slope to the side yard. I am going to say without any modesty that he thought this was a great plan. 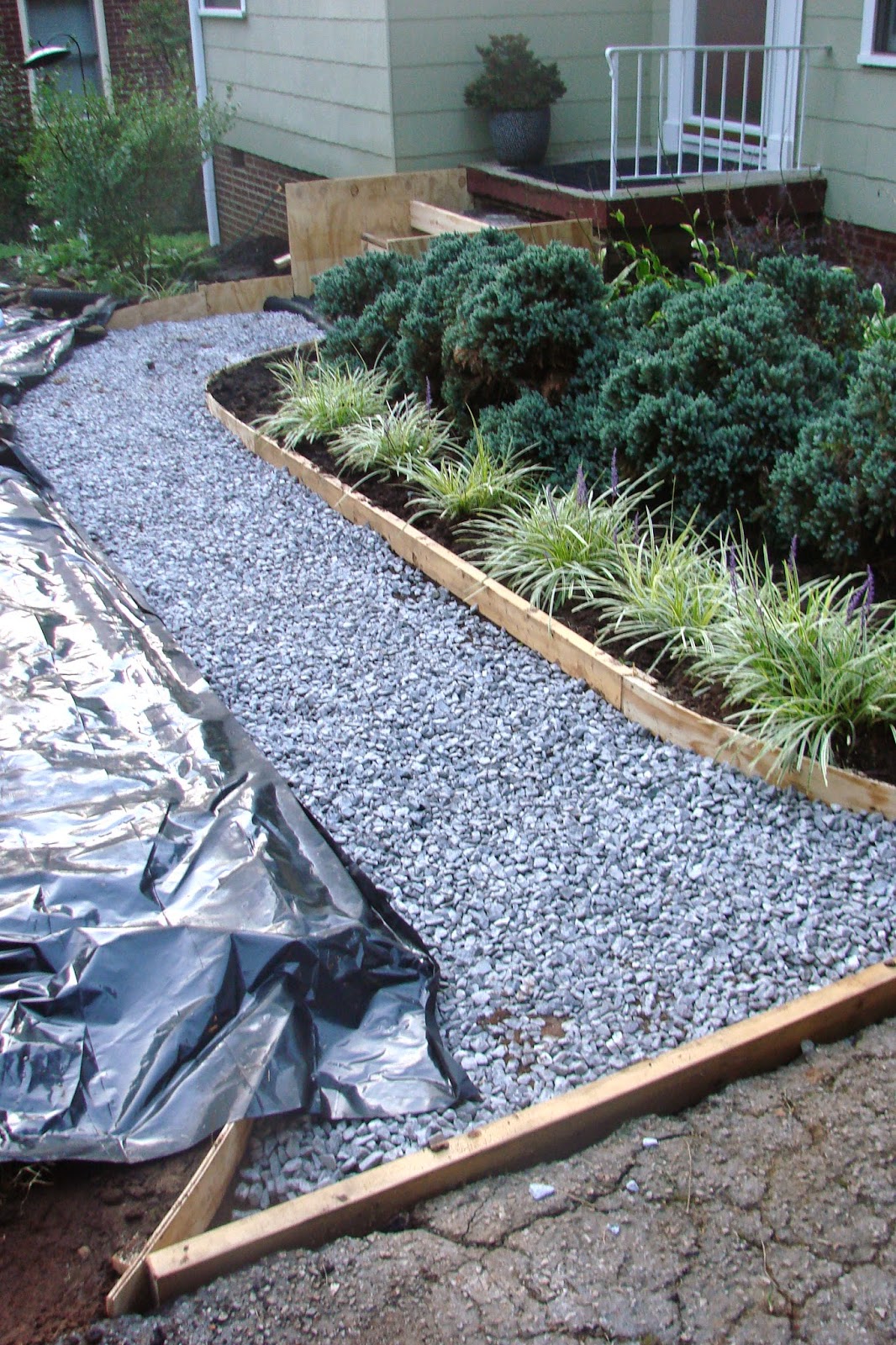 Gravel in, grass roasting away under plastic. And you can see from the driveway on the right what the old walkway looked like. 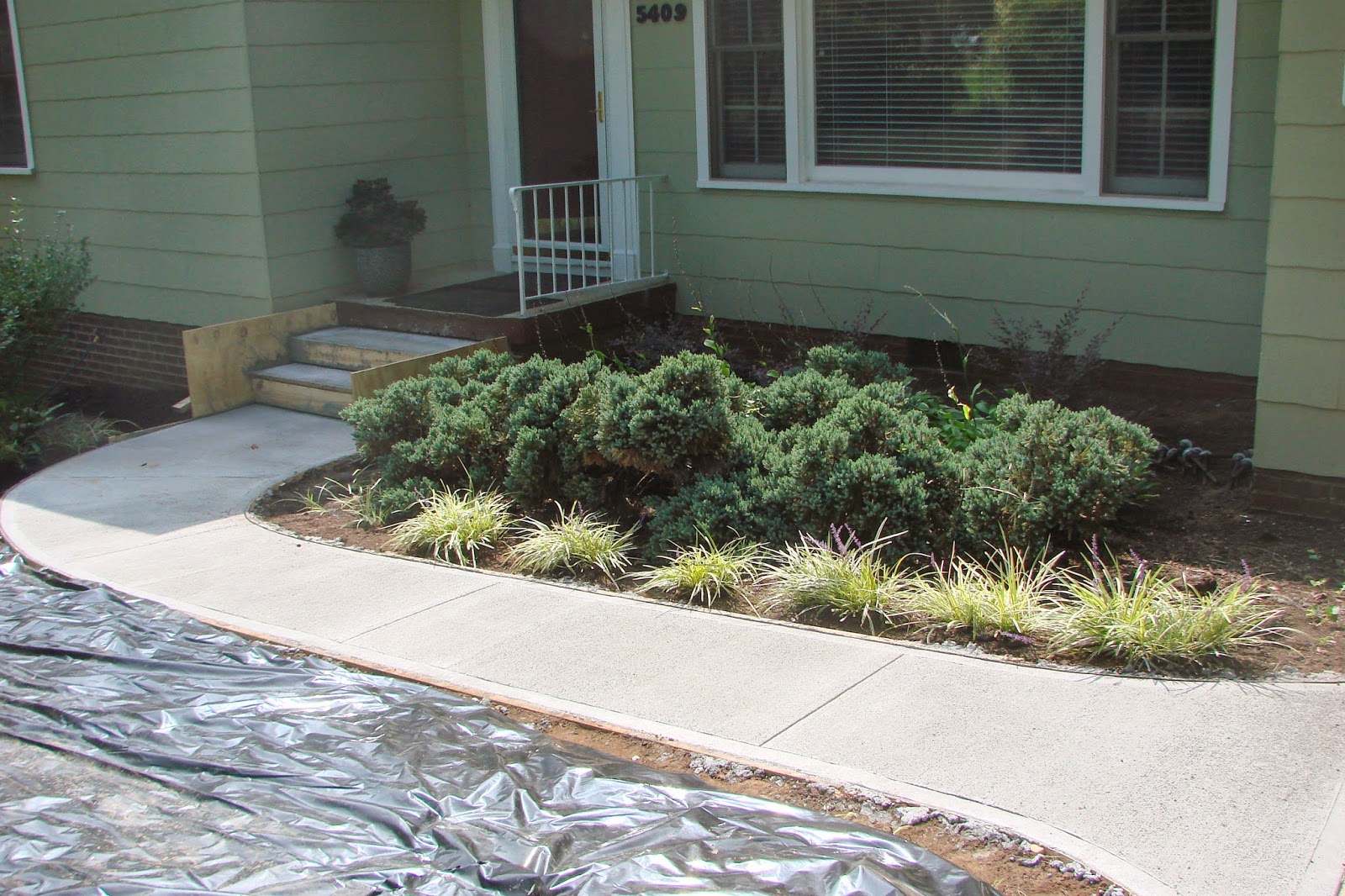 The concrete was poured the next day and I thought he did a beautiful job. All that was left at that point was removing the wooden frames for the steps. 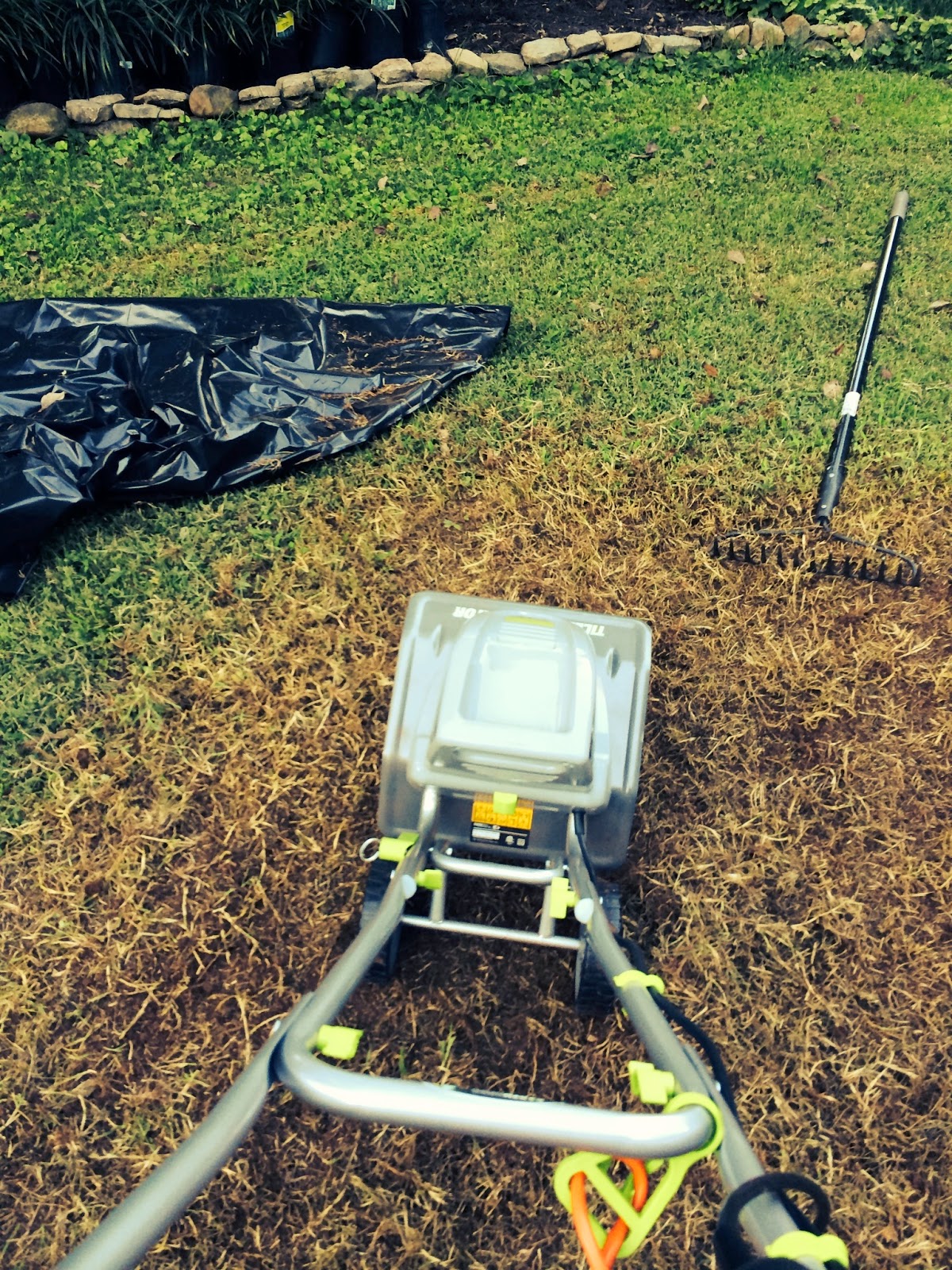 In the meantime, I'd looked into renting a tiller and finally decided that for the same price as a day's rent I could buy a little electric tiller. I started tilling up the dying grass in the front bed. Photos will come as I get that bed finished up.
Posted by Secret Agent Woman at 8:54 AM