I hadn't anticipated how much I'd enjoy my kids as adults.

My younger son has been wearing a pair of ratty sneakers for awhile and I had asked him repeatedly to get onto Zappos and pick out a new pair that he liked so I could buy them. He finally did and then sent me this text: 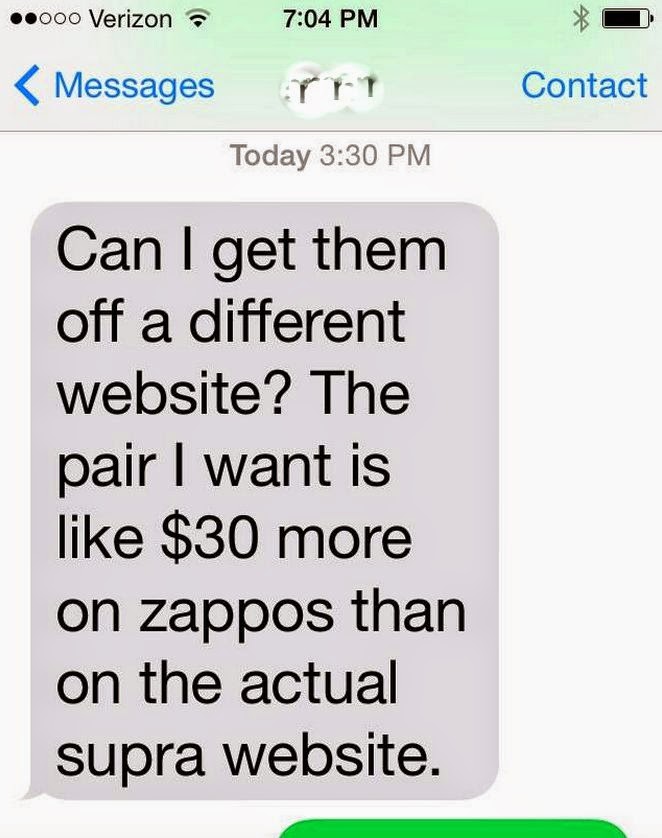 He's a good kid.  And I look forward to the times he comes over to hang out and is in a chatty mood. We had a long talk the other day when he was waiting for a planned hiking trip. Mostly about dating conventions in his age group versus mine. When I referred to Tinder as a dating site, he corrected me, "Mom, it's more of a hook-up app." He told me he didn't understand college students using it since they can easily meet fellow students in class. My son said that he felt Tinder is pretty shallow and based purely on physical appearance rather than anything more substantive. Did I mention he's a good kid? 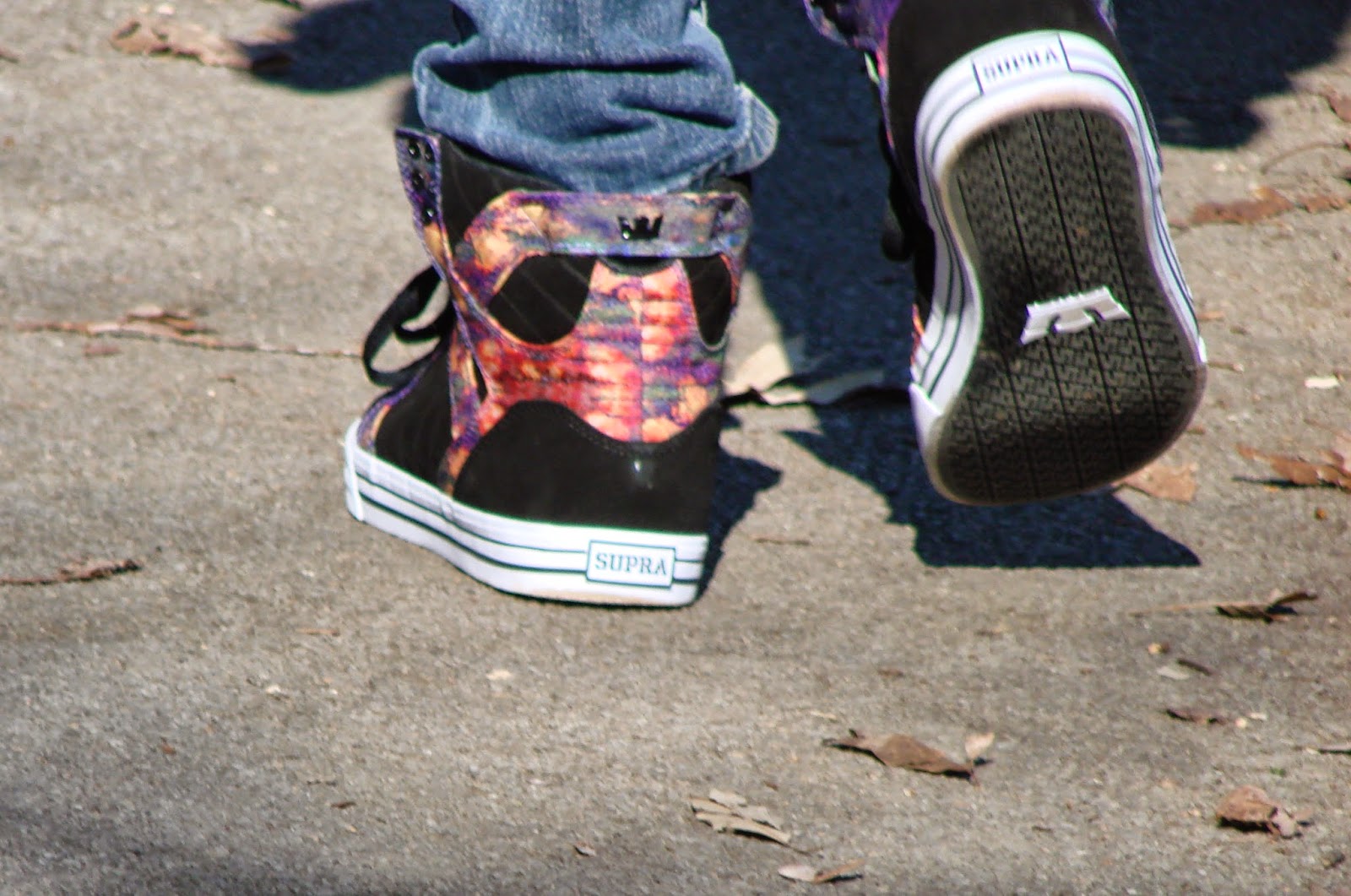 After a long walk on Saturday with that son, I called my older son and we also ended up talking about relationships. At one point he said he wasn't flexible about his standards for keeping a house clean. I said, "Honey, you have many wonderful qualities but flexibility isn't one of them." He responded with indignation, "I don't need to be flexible, I just need to surround myself with people who do things the way I want!" I laughed so hard that he started laughing with me in spite of himself. It delights me that he has met his match in his girlfriend, who he describes as an "alpha female." He loves AND respects her, which I think is ideal. 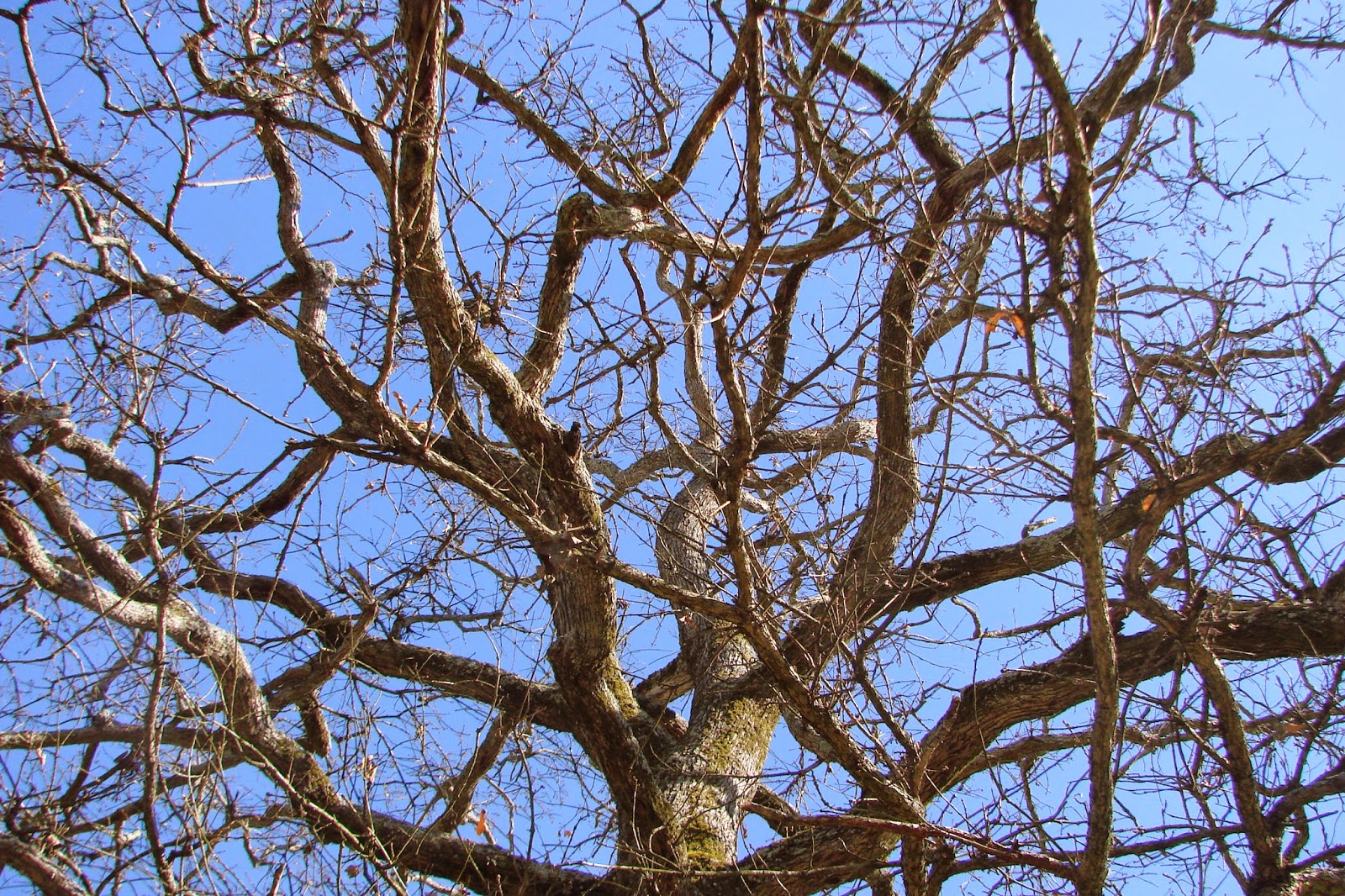