I want to post about gardening but life keeps intervening. 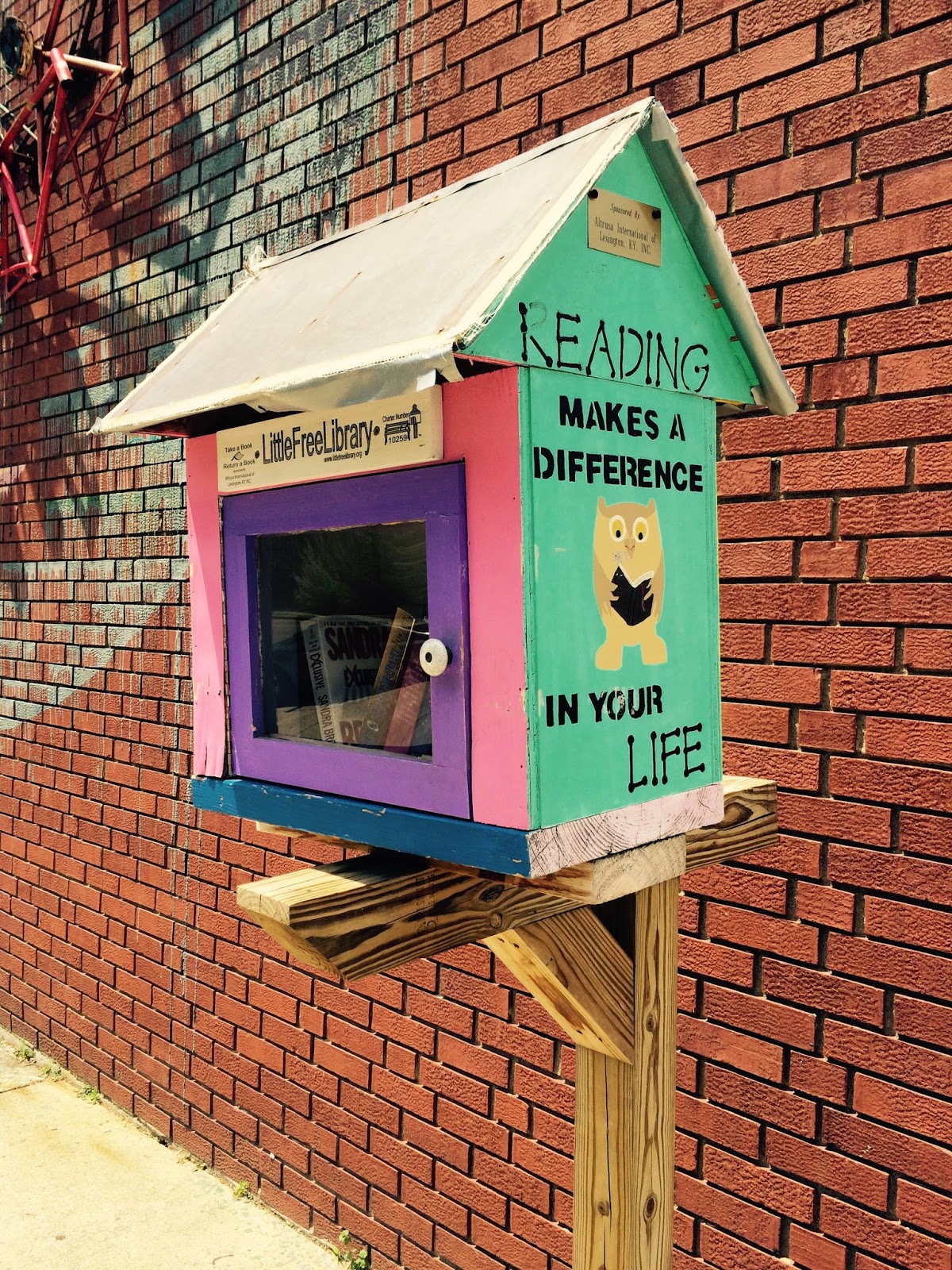 I wanted to get up to Lexington so my boyfriend could meet my father, even though it isn't clear what meaning that has to Dad at this stage of his Alzheimer's. Before Sunday, I had some miscommunication with his wife (who hates me) over meeting. He's recently moved to a really nice assisted living facility and when we arrived, he was out with his wife (who, I may have mentioned, hates me). I think her preference as that we meet elsewhere. We decided to head out to look around some and get some lunch while we waited. 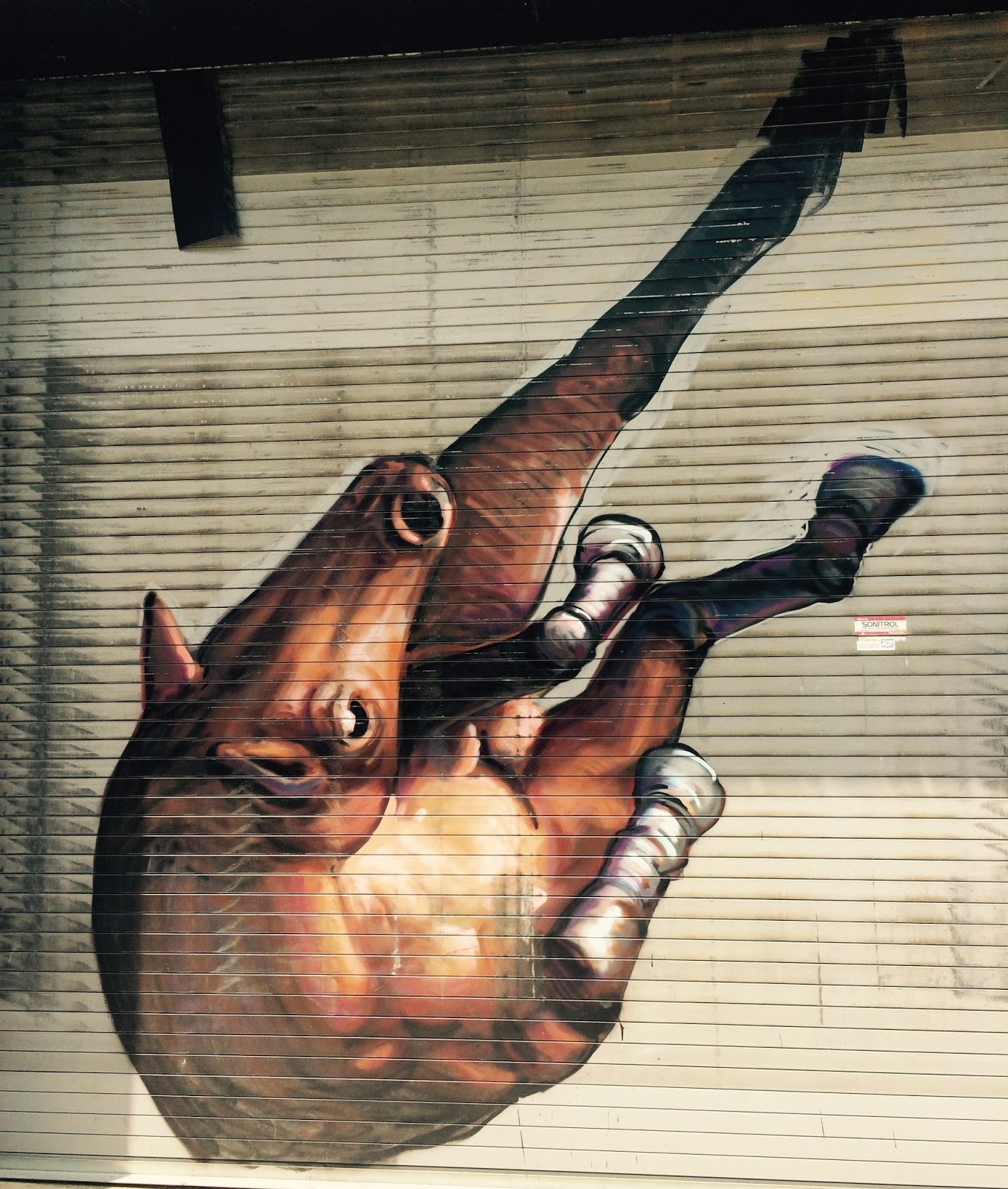 We ended up in a funky little part of town that had this little free library of novels and paintings on the walls. I can't tell if this horse has fallen or is rolling on the ground. We happened to drive by the studio of a friend of my boyfriend's, so we stopped in to visit. He was working on screen printing from a cool woodblock carving of a fish. He also gave us a great recommendation for a lunch spot. 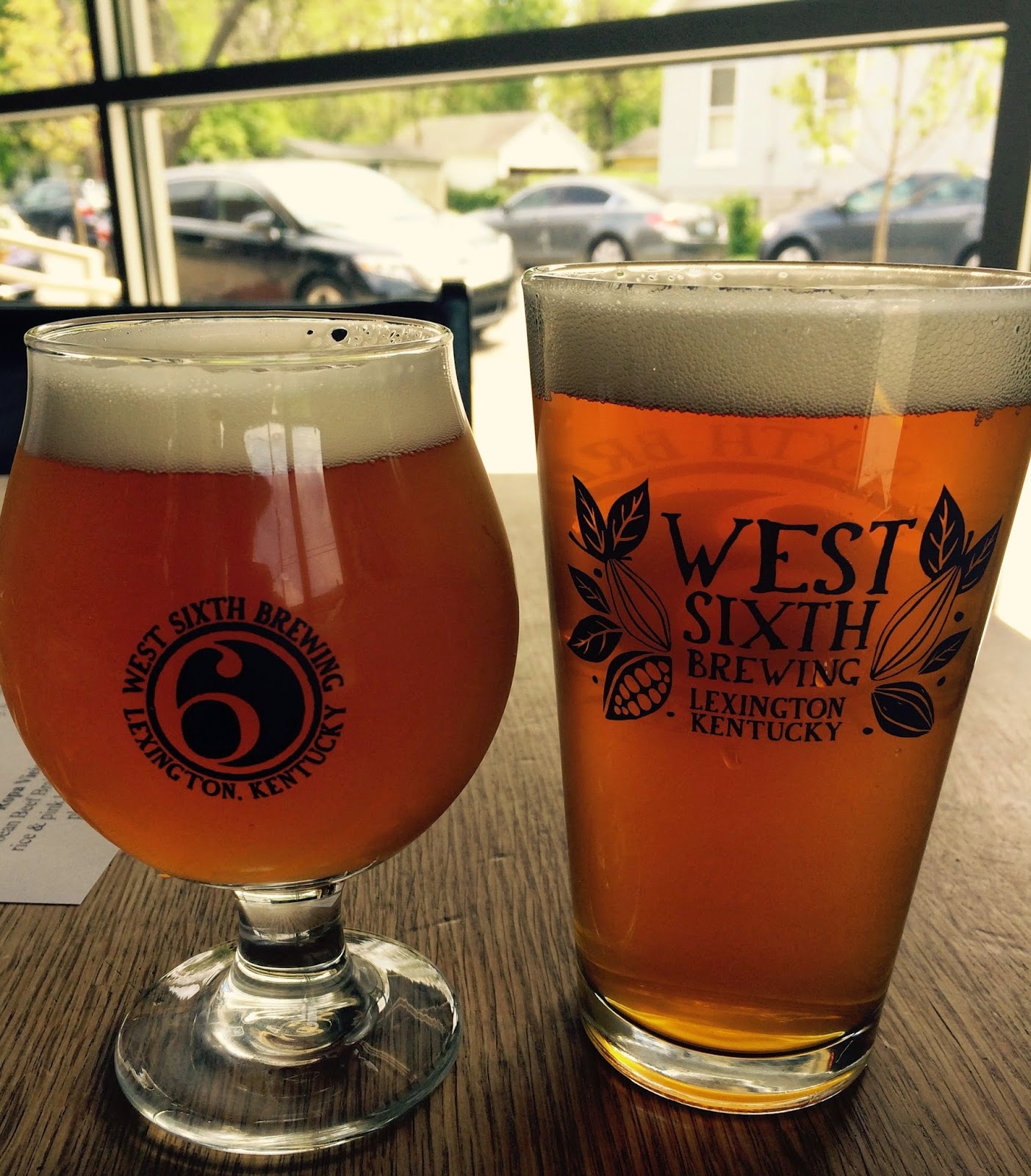 Someone had bought an old bread factory to open a craft brewery and decided to rent out the rest of it to other progressive, community-minded companies. One of them was a seafood restaurant connected by a door to the brewery. We got fish and shrimp dinners and tried a couple of beers - a regular IPA and a high gravity version. All delicious. 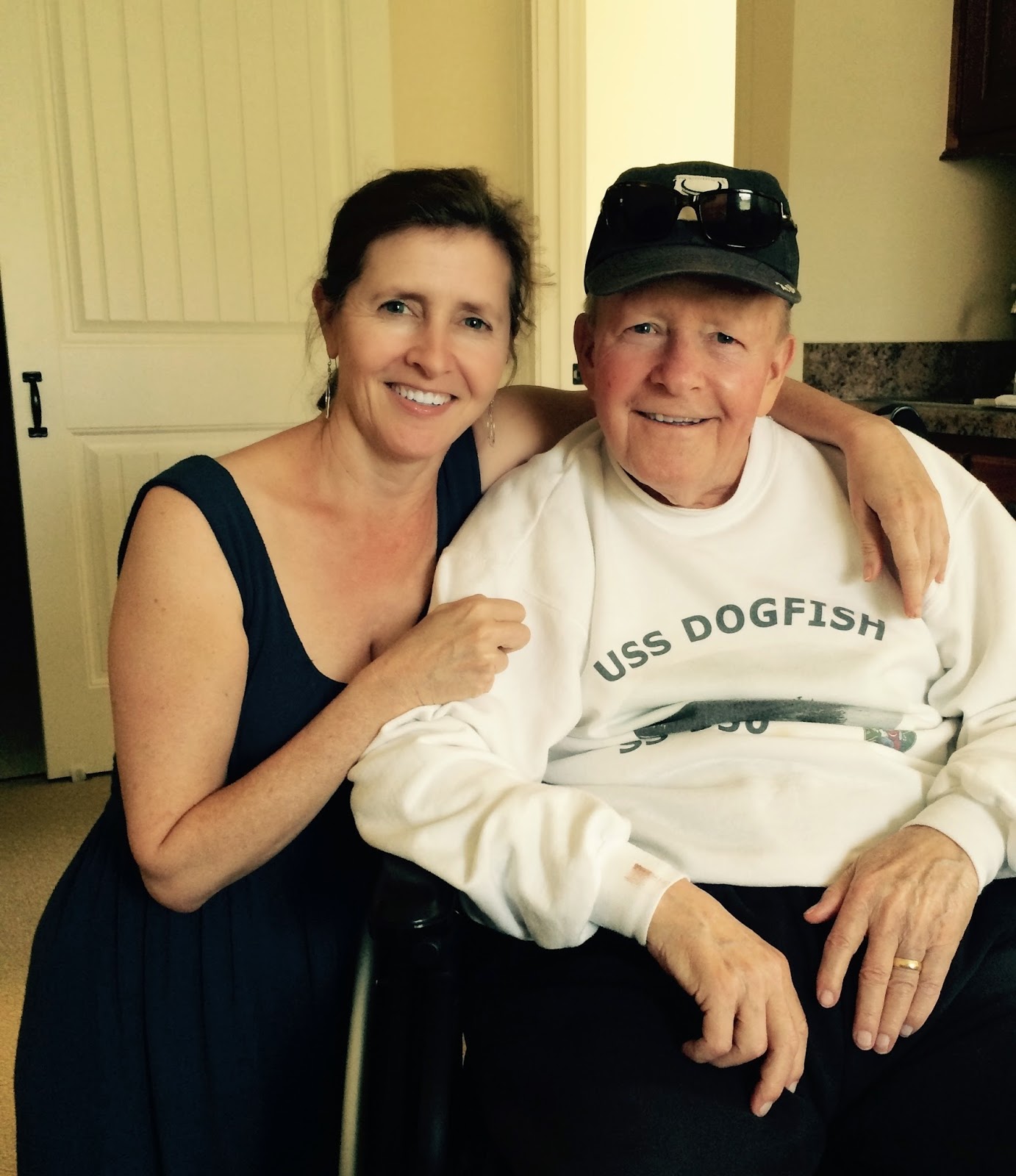 Back at the assisted living place, I called my father's wife and when I identified myself, she said coldly, "Okay." Because she hates me. When they returned, she parked him and retreated at a near run. Once she was gone, though, we had a really nice visit. He still knew who I was and was glad to see me, but was unclear about grandkids. He also told me they were selling "the house on the Bay." Except they haven't lived on the Chesapeake for fifteen or so years. Dad can still mostly carry on a conversation, although he often struggled to find words. It's hard to watch, but it helps to see that he's happy.
Posted by Secret Agent Woman at 11:27 AM