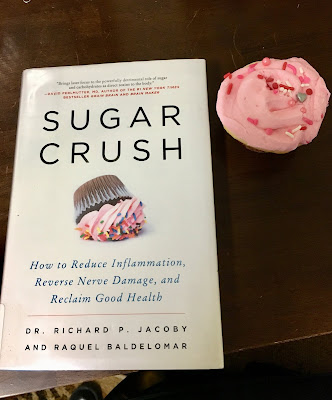 I have a fondness for the weird little coincidences in life. Like the day I was reading this book at work and a patient brought me a cupcake that almost exactly matched the one on the cover. 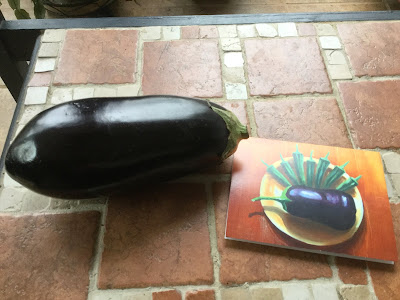 Or the day I bought this eggplant to make ratatouille and found a card from my sister waiting for me in the mailbox with an eggplant on it. 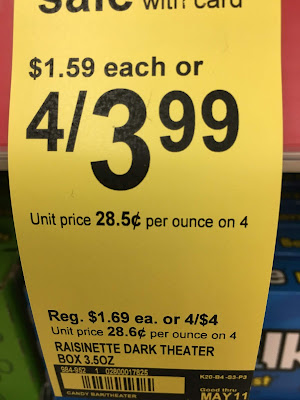 And not a synchronicity, but I was struck by the amazing savings advertised - from 4 for $4 to 4 for $3.99! I considered buying some just so I could invest the savings. 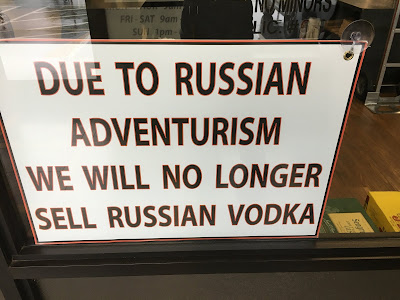 A package store nearby has had this sign posted since 2014, after Russia's invasion of Crimea. Apparently he pulled about five thousand bucks worth of Russian liquor off the shelves because he feels like they are bullies. I wonder how he feels about the Russian meddling that helped put Trump in power? 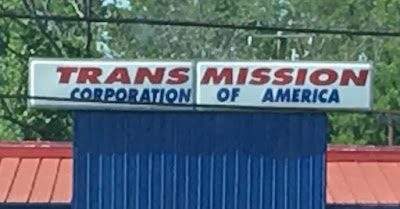 I was driving somewhere with my son, who is part of what he describes as the not-straight community, when we saw this sign. He laughed and said, "The Queer Agenda." 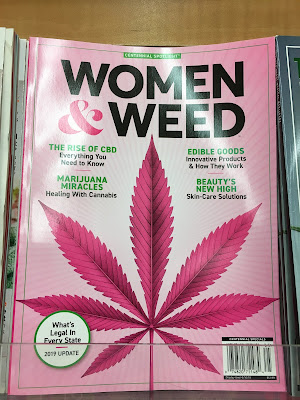 And there's apparently a magazine for everything. But did you know that women's marijuana is pink? We are too girly for the green stuff. 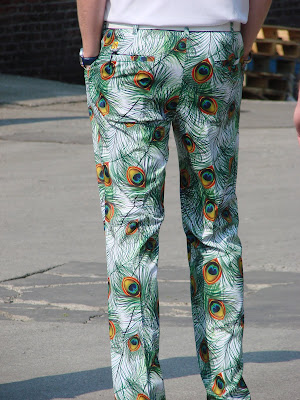 And finally,  just a thing that made me giggle - this guy's pants. I can't even imagine having a day when I thought, "I know! I'll buy pants with peacock feathers on them!"
Posted by Secret Agent Woman at 12:43 PM