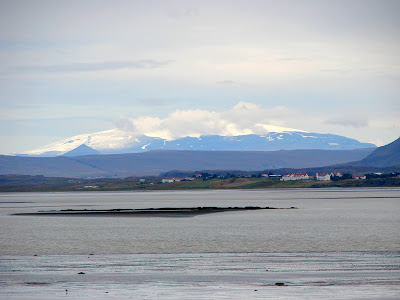 We made it! Ísland, the land of fire and ice. The most cost-effective and time-saving way for us to get there was to drive several hours on Friday to a major hub, then fly to Minnesota that afternoon. And then an overnight flight to Keflavík airport, just south of Reykjavík. 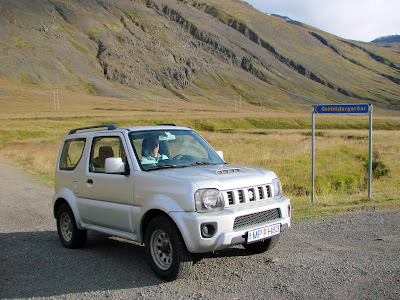 We picked up our 4WD car, a Suzuki Jimny. It was classed as an "older model" but seemed fine aside from a little squeakiness. "Seemed" being the operative word here, but more about that later in the trip. 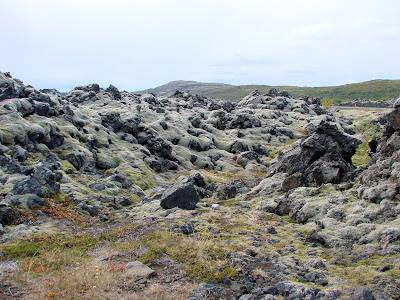 My husband and I left the airport and headed due north up the Ring Road, the highway that circles Iceland. There are a set of rules Icelanders are serious about: Don't stop or park on the side of the  Ring Road, don't exceed the posted speed limit (generally 90 km on the highway) and don't walk on the delicate mosses that take an insane amount of time to grow back. There are more than 600 varieties of moss in Iceland and they lay like green and brown carpets over the lava. 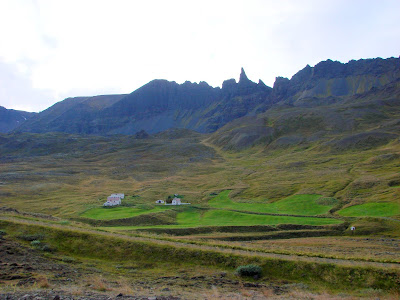 That first day I wanted to pull over repeatedly to get photos, but we were tired and wanted to get to our first stop. 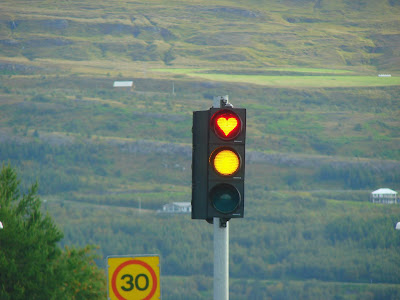 It seemed like a good sign that our destination, Akureyri, had heart-shaped stop lights. How friendly is that? 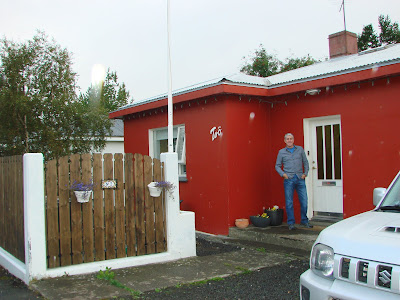 We had rented two nights in an Airbnb in a quiet neighborhood in Akureyri, the second biggest town in Iceland. 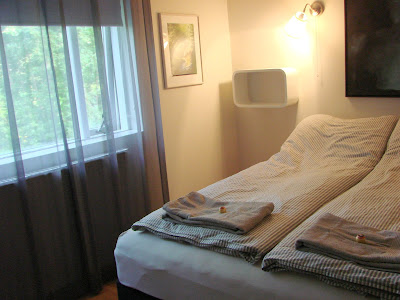 We had the downstairs of Ragnar's home - he and his daughter Anna lived upstairs, along with their sweet beagle Kría (named for the feisty arctic tern). 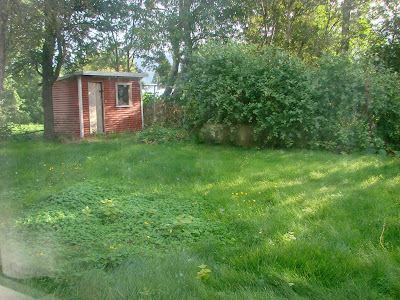 Our window looked out over their backyard. I noticed people let their grass get pretty long, but given the short summer season, I probably wouldn't mow either. 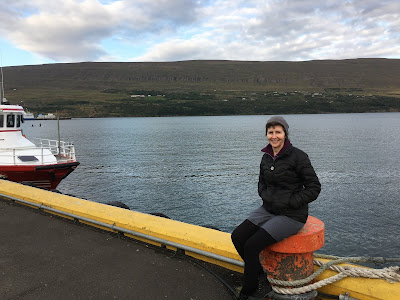 After we settled in, we walked into the town to look around. As with most towns in Iceland, it included a harbor. It has about 18,800 residents and lies along the Eyjafjörður fjord. Originally the area was settled by the Viking Helgi Magri (Helgi the thin) and his wife Þórunn Hyrna in the 9th century, but didn't become Akureyri until it became a summer-only Danish trading center in the 16th century. 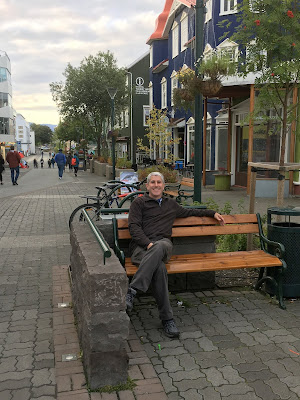 Only 90 km south of the Arctic Circle, this town wasn't allowed to be occupied year-round until 1778. Even though this was the night of Akureyri's annual festival, there were no real crowds to speak of. We found out that many tourists don't venture much beyond the south of Iceland. 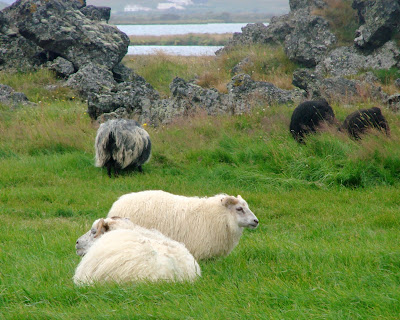 We always buy a Christmas ornament and a pair of earrings whenever we go to a new country. But I really wanted a lopapeysa - the traditional Icelandic sweaters. The authentic ones are undyed wool and reflect the colors of the sheep there - gray, black, brown, cream. But good grief, are they expensive! We looked at some in the stores and saw that they started at $200 - and those were the ones "inspired by Iceland" but made in China! The sweaters made in Iceland were $300 and up. 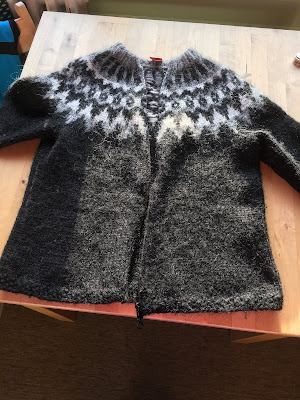 However, we went with a plan and checked out the Salvation Army thrift store. Score! My husband spotted this lopapeysa in my size for a mere $43! Best of all, it was hand-knit, without side seams or a tag. 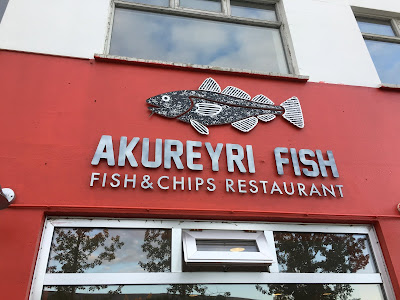 After looking around at the restaurant offerings we settled on this little place. It was small and friendly and the cashier told us which of the two local beers on draft was better (Boli, rather than the Egil's Gull). 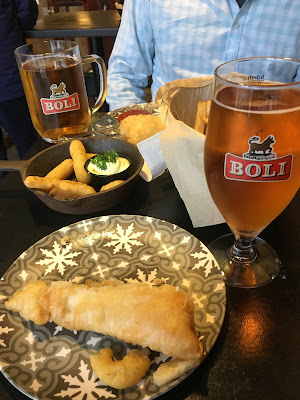 We ordered fish and chips with fried squid and mozzarella. And then, after another walk around town, we went back to our place to crash. At that point, we'd been up for about 48 hours. 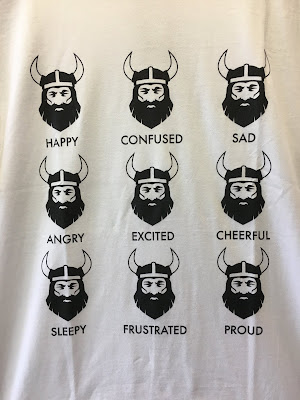 We had big plans for exploring this Viking country and needed sleep.
Posted by Secret Agent Woman at 3:14 PM