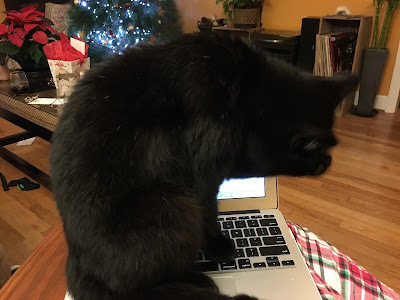 Some reasons I haven't blogged lately are trivial. Like this guy, who thinks a laptop means just that. Hodr believes a computer keyboard is a perfectly fine place to settle in. 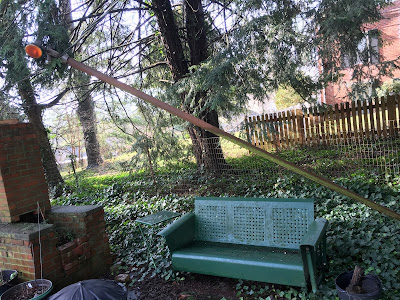 And an old lamp post in the back yard falling onto, and snapping, one of the electric wires.  Leaving us without power for a bit. On Christmas Eve. Fortunately, it was restored in time for celebrating the holiday. 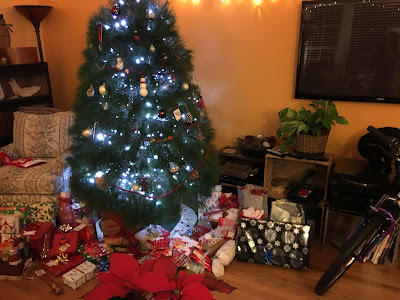 And Christmas itself, with his daughters, my sons, and the older son's girlfriend. And the youngest daughter's tearful realization that Santa Claus is a big hoax. 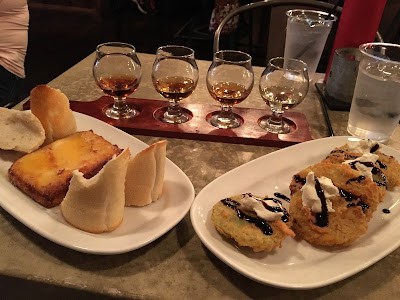 And New Year's Eve, when we had the night to ourselves and went out on the town in the early evening to avoid the drunks on the road. We opted for appetizers - fried feta with honey and baguette and fried green tomatoes - and flights of bourbon. My younger son and his girlfriend rolled in well after midnight and we were fortunately out of the shower and safely back in bed just before the door opened. 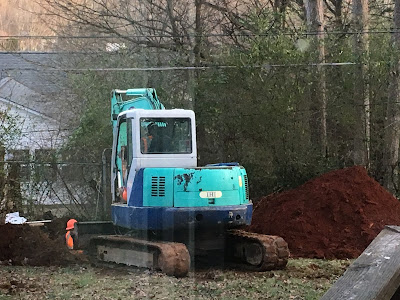 And coming home from work to find this going on in the back yard. Sewer work in this old neighborhood, it turns out, involved the fence being removed, a backhoe brought in, and an enormous hole in the yard. They said they thought they'd told me about it. Nope. 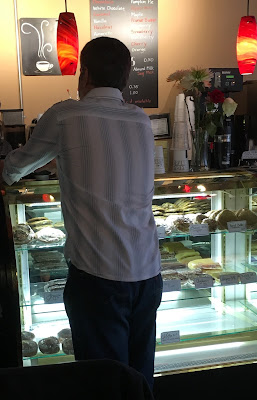 And a one year celebratory re-creation of our first date, including brunch on the square and hot chocolate and truffles afterwards. 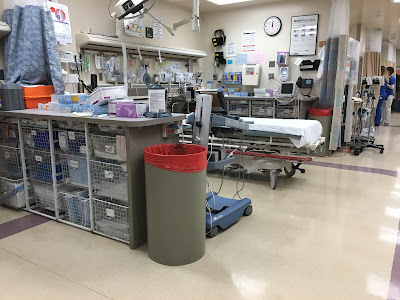 All leading up to the biggest interruption. My fiancé arrived home from work, kids in tow, with an odd look on his face. I asked if something was wrong. There was, he told me, numbness on one side. I popped an aspirin into his mouth, thinking heart attack, and then asked if it was his left arm. No, left foot - it had been feeling for the last couple of hours as if it was sleep and his gait was off because he didn't have full control of his leg. Well. I know stroke symptoms when I hear them and also knew one of his brothers had a stroke about the same age. We told the older daughter to keep an eye on the younger and to call her mother to come get them. Because we were headed straight to the ER and I knew we'd be gone a long while. The triage nurse knew stroke symptoms when she heard them, too, because we were hustled right back and surrounded by 7 or 8 medical professionals immediately. And that's where I cooled my heels as he was attached to IVs and whisked off on a gurney to get a CT scan. More symptoms had become apparent, including marked weakness on the left and wicked nystagmus both vertically and horizontally. With the time window for administering a clot-busting drug closing, we made the very easy decision to move forward without the benefit of an MRI. 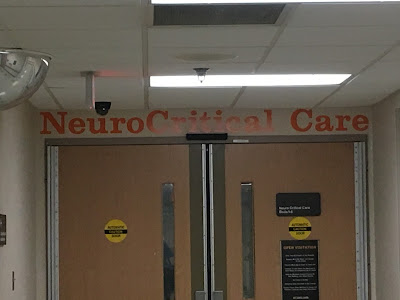 With the tPA (Tissue Plasminogen Activator - I learned a few things) administered, he had to stay in the Neuro Critical Care unit for at least 24 hours. A bed didn't become available until almost 3 am, after the fifteen minute checks had stopped. They continued to come in every half hour until morning, though. I was briefed in the family waiting room about the rules: 1) I could visit as much as I wanted but NOT sleep in the room, 2) no cameras were to be used, and 3) I could not bring in outside food. But our understanding nurse brought me a pillow and blanket and I slept upright in the chair beside his bed both nights. Rule 1 broken. 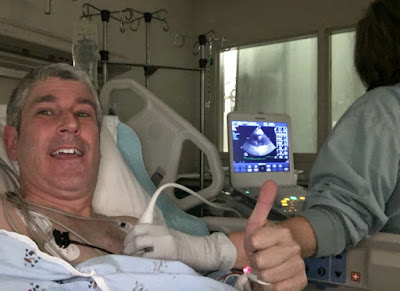 My fiancé and I are well-matched for our tendency to find humor in nearly anything. Hence this selfie in the middle of the echocardiogram. Rule 2 broken. The saline in one IV was shaken for a bubble study to make sure there were no problems with the valves in his heart. Honestly, it was fascinating to watch the valves open and close with each pulse. All clear and 24 hours after the tPA he was sent for an MRI and another CT. I had run over to a friend's house, to grab dinner. It was a Vietnamese Tet celebration and I was sent back with a tray of food for the one absent guest. We got the laughing go-ahead from our nurse and he ate every last bit of it. Rule 3 broken. 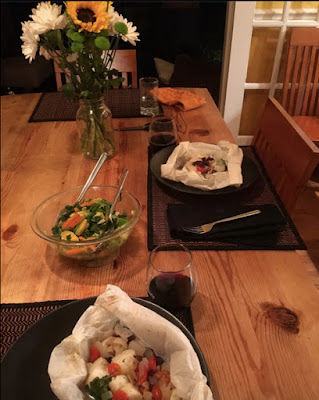 He was finally discharged Sunday afternoon and that night I am not sure I've ever been happier for us to be back in our bed.  We came home determined to change our ways and follow a stroke prevention diet. But not to do it in a way that would feel like deprivation. So for instance, one night this week I made sea scallops with hearts of palm, tomatoes, kalamata olives, sweet onion, and baby kale cooked in white wine and garlic in parchment paper. With a warm side salad of cumin and coriander-roasted carrots, tangelos, spinach, avocado, fresh basil and almonds. Oh, and a glass of 1000 Stories bourbon barrel-aged Zinfandel. And we are making a commitment to exercise more regularly. And to follow-up with the hematologist to rule out the possibility of an inherited hypercoagulability disorder that may have caused the clot in the first place.

And you know, as surprised (and frightened) as we were that my fiancé had a stroke at 49, it brought home once again for me that we are lucky.  He got excellent care, the nurses were all friendly and accommodating for both of us, and it was mild enough and caught early enough that he is rapidly returning to normal. We're considering it a wake-up call and a powerful reminder to live NOW. 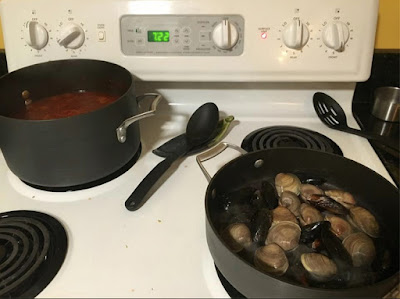 I still plan to finally finish blogging that Ireland trip, but right now my fiancé is in the kitchen making a pot of cioppino and I have a loaf of whole wheat bread in the oven. He returns full-time to work tomorrow and we have a Valentine's celebration ahead of us. So, if you'll excuse me, I believe there is also a bottle of champagne chilling in the fridge.
Posted by Secret Agent Woman at 7:03 PM