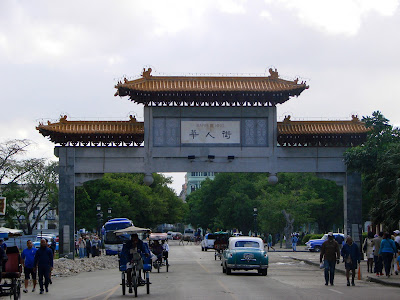 On Sunday we decided to head out on foot to Havana's Chinatown. El Barrio Chino de la Habana begins with an ornate entry way. In the foreground is one of the scary bicycle taxis we'd ridden home in the previous night. This neighborhood began in the mid-1800's with the immigration of Cantonese and Hakka workers from China, who came to labor in the sugarcane fields. Some 120,000 men came here to work. And only men - women were not brought over and many of the men saved to buy a slave and then marry her. 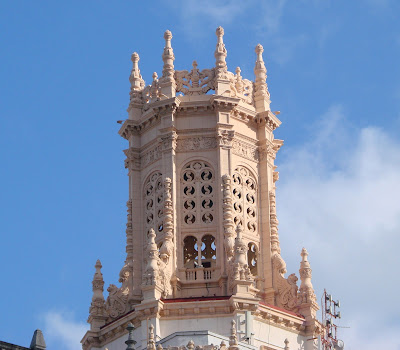 We saw many ornate buildings with pagoda-like features. As we walked, a friendly local person chatted for a bit and expressed her appreciation for the fact that we were willing to get to know "the real Havana, MY Havana." 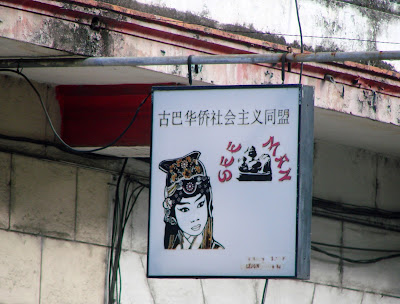 Many buildings had their original signs in Chinese. What we did NOT see, however, were any Chinese people. Apparently, most of the Cuban-Chinese fled when Castro took power and appropriated their businesses. 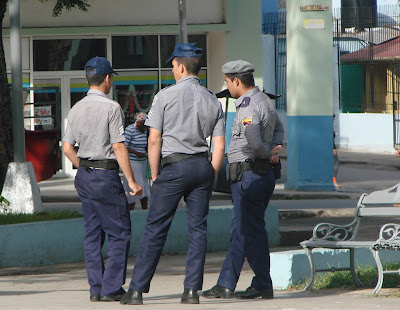 We never once saw a police officer actually do anything but stand and chat. Given the pleasant weather, it strikes me as not a bad gig. 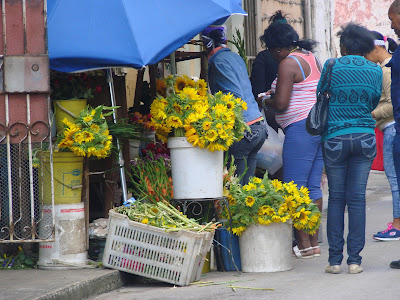 Our dining room is painted a buttery yellow and I would have an endless supply of beautiful yellow flowers for it if I lived in Havana. 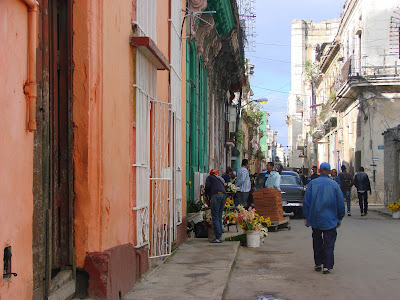 The original population of the barrio may have been Asian, but the building colors are pure Caribbean. 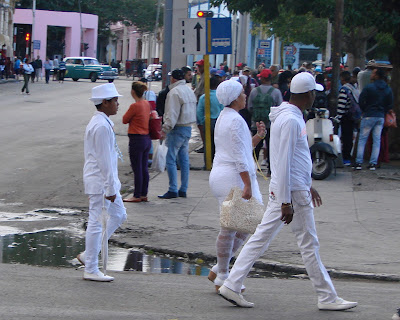 In my reading about Cuba prior to our trip, I learned that people who dress in head-to-toe white are novitiates to the religion of Santería. The African slaves brought Regla de Ocha with them from West Africa and it persists, in spite of the official disapproval of all religion. Santería is the Spanish name for the worship of spirits or saints. Most Afro-Cubans see no contradiction in the syncretic practice of both Catholicism and the ancient Yoruban religion. 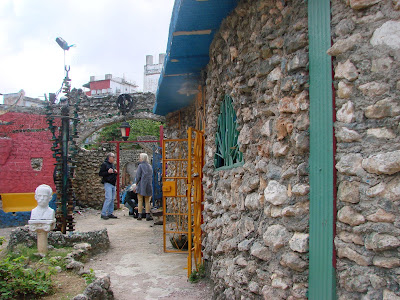 With that knowledge in hand, we were eager to check out the center of Afro-Cuban culture in Havana at Hamel Alley. We walked from Chinatown to the Cayo Hueso neighborhood close to Vedado, to find the Callejón de Hamel. 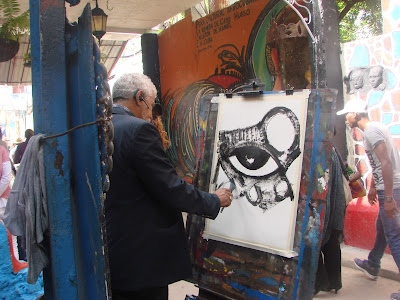 The Alley holds the art studio of Salvador Gonzales Escalona, whose murals adorn the walls of the narrow street. 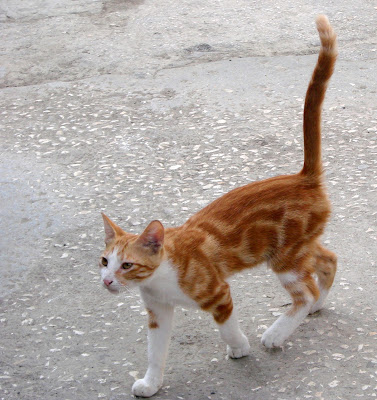 In addition to this friendly cat, we soon had a local person attach himself to us. He started to tell us about a marble bust in the garden but we surprised him by simultaneously saying "Martí!" Hey, it was our third day, we knew a thing or two. 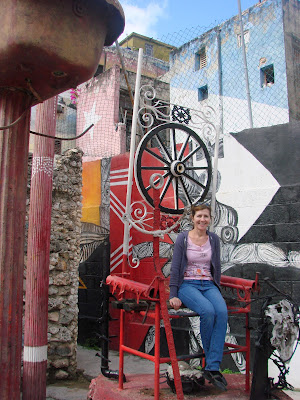 When he began talking about Changó, I said, "Sure, the god of fire."  That one seemed to delight him and he urged me to get a photo sitting on Changó's chair. So yeah, that's me, Quaker pacifist perched on the war god's throne. 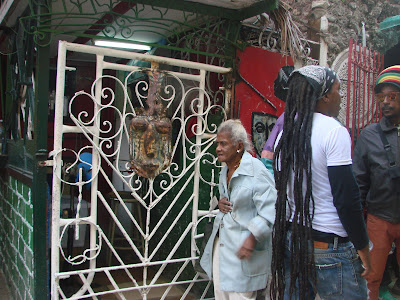 We bought a CD of local rumba music and moved on through the growing crowd. 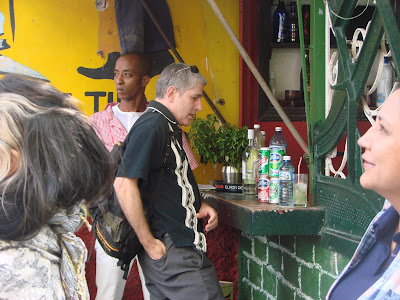 While we waited for the music to start up, my husband bellied up to the bar to get us a couple of rums. Sadly, they had only clear rum available, which I find rather bland. 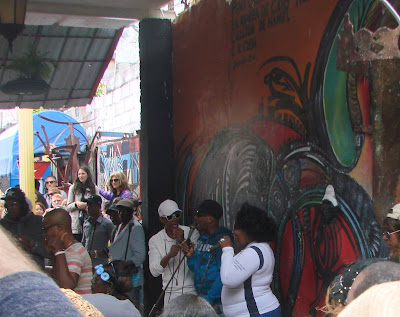 No matter, there was music. A rumba group plays here every Sunday to an appreciative audience. 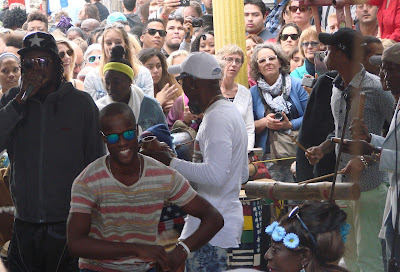 Musicians and dancers. It was fun to watch, but we had more to see on our last day and we had to move on.
Posted by Secret Agent Woman at 7:53 AM