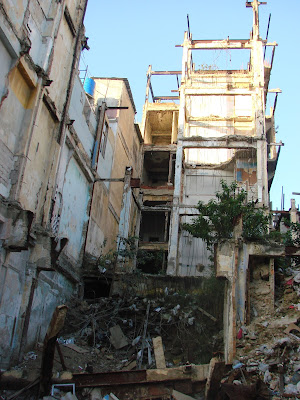 Some of you remarked on how Havana was less decrepit than you might imagine. Well, I assure you - it isn't all like that. 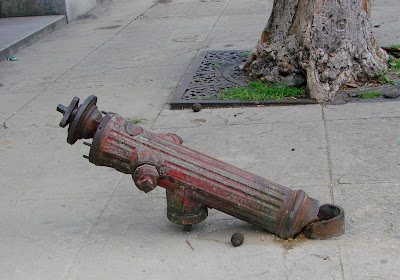 Much of Havana, and particularly the area known as Centro, is exceedingly run-down. You can see what it used to be before it was over-taken by poverty. 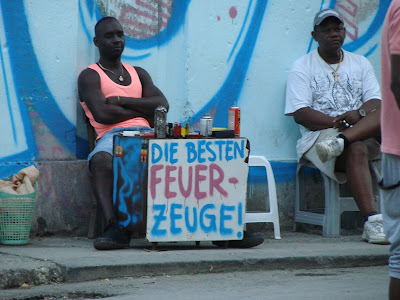 But it is interesting. I have no idea why this table selling the best fire-starters had a sign in German, for instance. 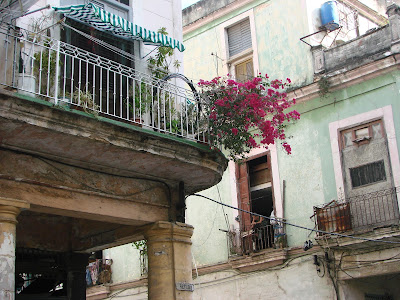 Time, storms and a lack of money for upkeep have all had an effect. 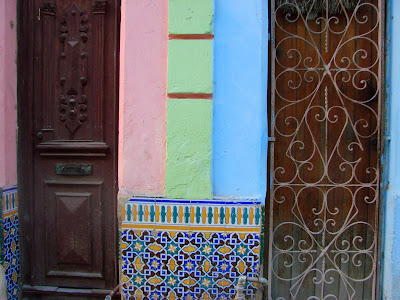 Still there are places where you are reminded of the old luxurious and colorful Havana. 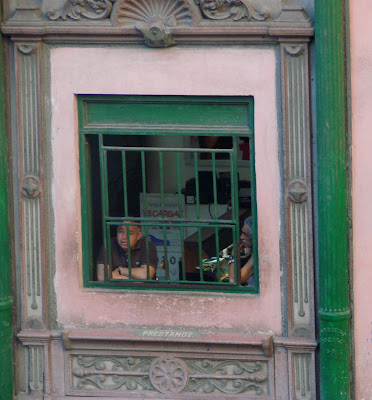 Although we never felt like we were in any danger, it wasn't uncommon to see barred windows. The residents who sell things pass their days sitting behind the windows waiting for customers. 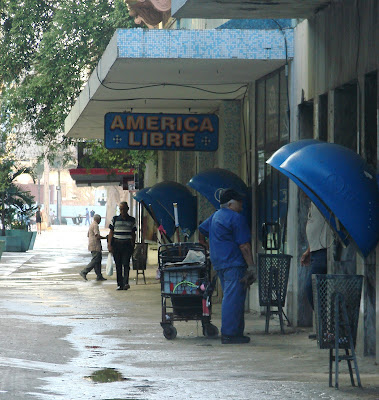 Cell phones are a very recent introduction, so we passed many banks of telephone booths. 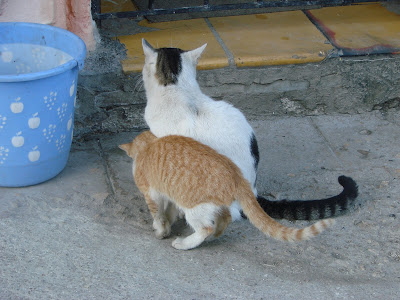 There is an absolutely endless supply of cats in the neighborhood. 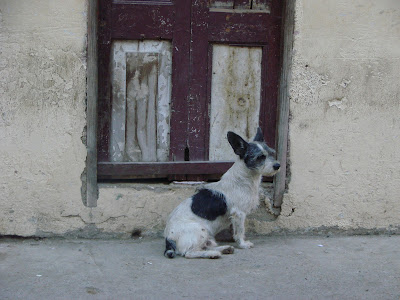 Same goes for the dogs. I don't believe we saw a single male dog or cat who had been neutered. 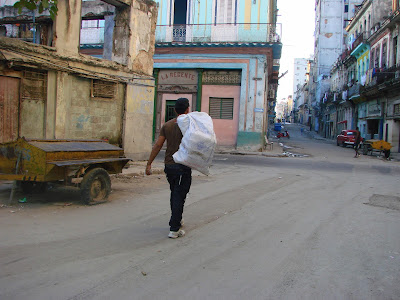 Men selling bread walk down the street yelling, "Panadero! Panadero!" in a sing-songy way.  If business ever slacks up, I'm thinking I could walking around yelling, "Shrink! Shrink!" 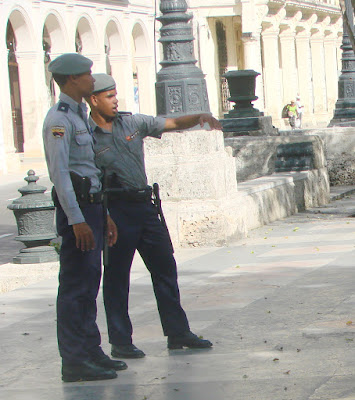 I read that moving between districts in Cuba is tightly restricted and one of the few ways to be allowed to move out of an impoverished outlying region is to take a job with the police force in Havana. 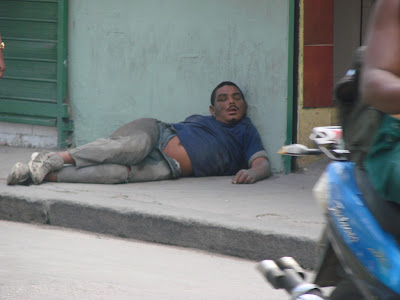 A few times we encountered men passed out drunk on the sidewalks. People just stepped around them, not even appearing to notice. I'm going to assume homeless, but I don't really know. 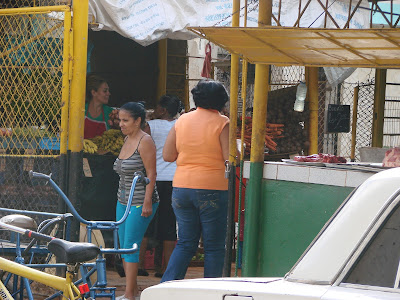 We saw no regular grocery stores. There are many small neighborhood shops, selling vegetables and meats. 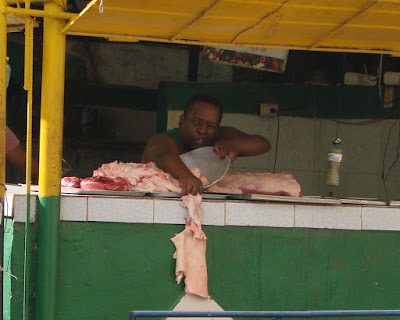 This butcher had a near disaster when some of the meat (fat?) slipped over the edge. A customer helped catch it before it hit the ground, but part of it stuck to the wall. The guy unpeeled it and added it back to the pile. 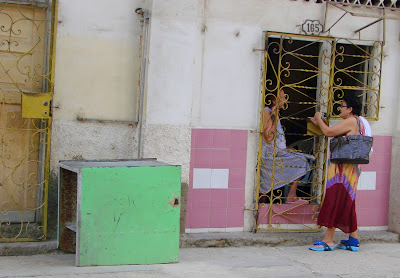 I loved seeing the people stop to have a conversation with a neighbor behind their grilled doorways. 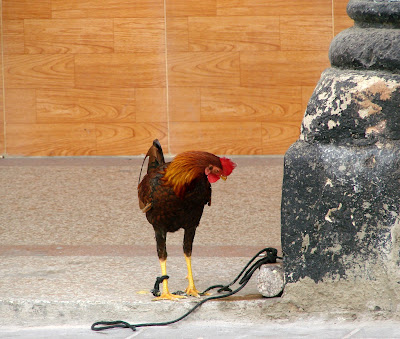 I was told not to take a photo of this rooster on a leash. Like that would stop me. 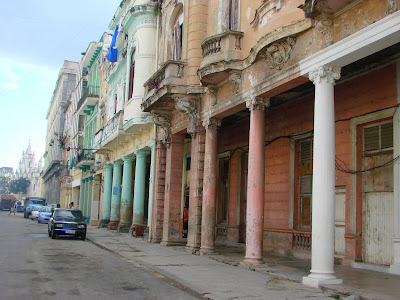 Poor? Absolutely. But still very beautiful in spite of the decay.
Posted by Secret Agent Woman at 10:05 AM