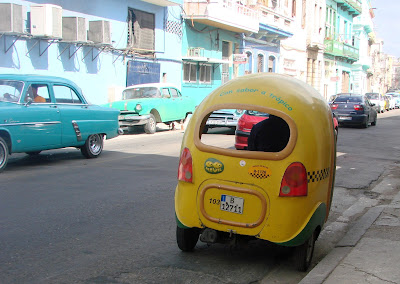 Before we left Cuba, we had to spend a little more time along the Malecón. We'd ridden in a vintage American car taxi and a frightening bicycle taxi and now I wanted to try one of the little bubble taxis. Just because they are so freaking cute. 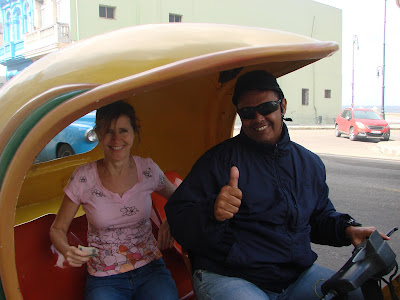 They are basically a plastic egg powered by a motorcycle. Note that our driver has a helmet but we do not. 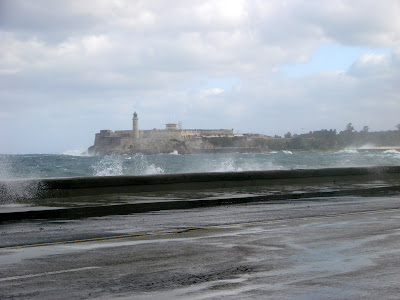 We'd actually walked along the Malecón earlier that morning and discovered that it was not a great time to be there. It was drizzling and the wind was whipping the water up and over the seawall. The construction of the wall began in 1901, in an effort to protect the ocean-front road. 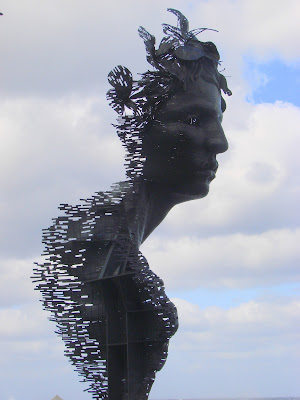 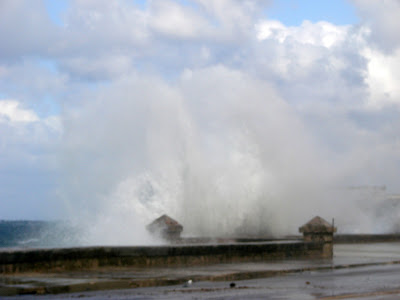 As you can imagine, the waves chased nearly everyone away and the street was deserted. Neither a single car nor a pedestrian to be seen. Except us, because we're lunatics. 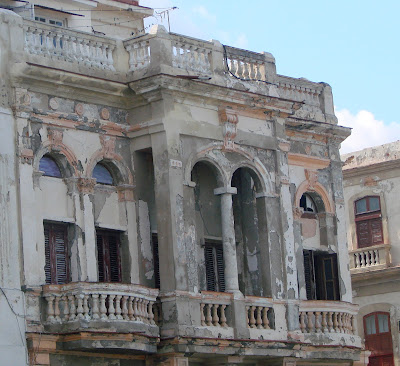 You can see how the frequent sea water spray contributes to the erosion of the buildings. 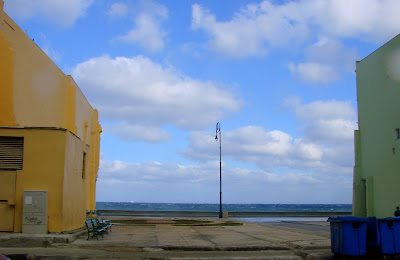 Even a block back, the wind and salt water made the going a little tough. But the sun was starting to come out and we headed back after the festival. 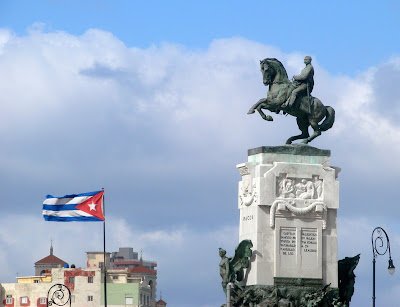 The Malecón is officially named the Avenida de Maceo, although no one calls it that. In good weather it is a social hub for the city. We stopped at this little waterside park and I found a small hunk of marble on the ground near the statue of Antonio Maceo. A veteran of 900 battles, this black solider was wounded 25 times and is a war hero who fought for independence from Spain's colonial rule of Cuba. I brought it and a home-made fishing weight I found back with me to make a Christmas ornament. 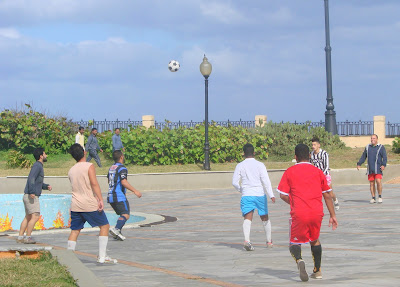 Once the sun was out, so were the people. Forget a formal field, it was time for a little game of fútbol. 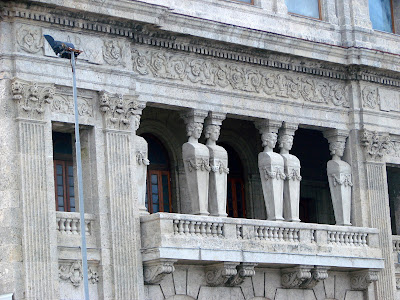 The avenue is lined with elegant 18th and 19th century buildings facing the straights of Florida. 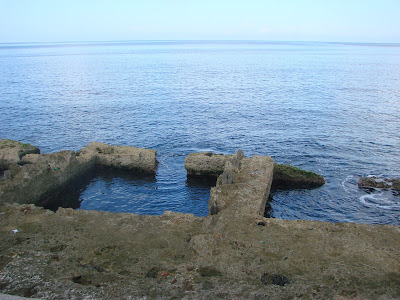 Los Baños de Malecón, the public baths, were carved from the rock to allow people to bathe in the warm seawater. At the time they were built, they were strictly segregated by gender and race. 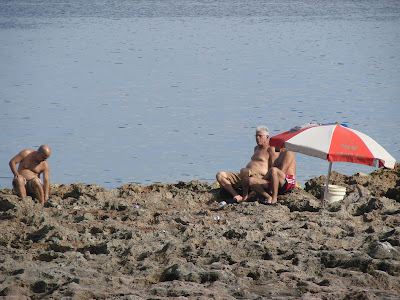 Although it was a little cool to be in the water that day, we saw people fishing and also these old guys taking in the sun. 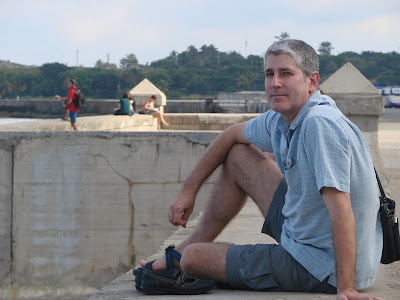 When it was warmer on an earlier day, we also spent a little time strolling on the promenade and enjoying the sun.

Before I wrap up with a post about our B&B, I leave you with this view of the Malecón when it's windy: