Even chemo doesn't stop time ticking on by. 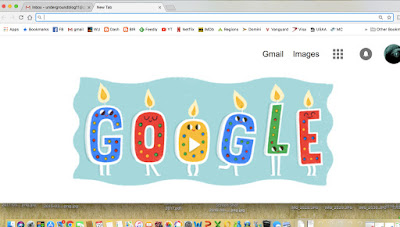 Is it just me, or is it a little creepy that The Google noticed my birthday on its homepage? At any rate, whether I wanted to notice it or not, another birthday rolled around. My husband's did, too, during my first round. We felt pretty uninspired for both. 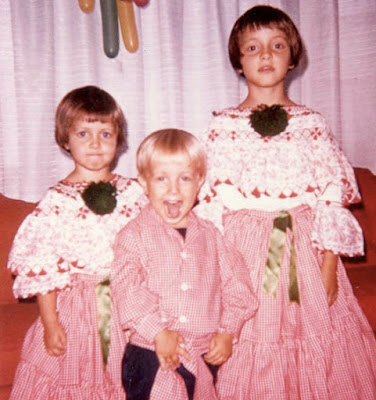 This is from my 5th birthday. We'd gone to Panama that March and my grandparents' housekeeper, Josephina, had made us kids traditional Panamanian costumes. That trip made an indelible impression on me. I was 4 ½ at the time and I remember walking in the jungle with my Granddaddy and seeing spider monkeys and looking through the open air market with my Gangeen and asking what the turtle eggs were. There was also a gardener named Balbino who was stung by a scorpion while we were there. It was an interesting trip. Anyway, in the photo, I'm the one looking ambivalent on the left. I guess I've always had mixed feeling about birthdays. My big sister looks unimpressed but my little brother was totally in the spirit! He looks like he's about to break into a flamenco dance. 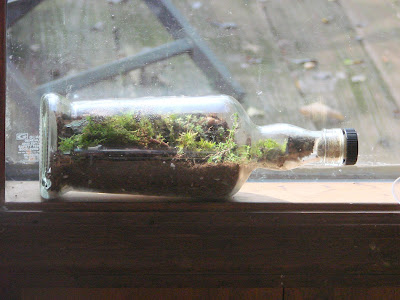 Friday when I was feeling semi-human again, my younger son called and said he had the stuff to make bottle terrariums if I thought I'd like to do that. He came over bearing a couple of whiskey bottles, pea gravel, potting mix, and coconut coir. We scouted around in the back yard for moss and small plants, then assembled the terrariums, adding an earthworm he'd dug up to each. When we were done he said, "Yours looks good, Mommle."  It reminded me of projects we used to do when he and his brother were young, but with him in the parent role. Mostly, though, I love that he'd come up with something he thought might lift my spirits. 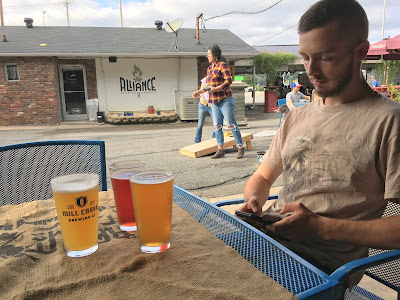 Later that day, after he'd gone to run errands, he met up with me and my husband for a pint at a local beer market. Hard cider for him, an IPA for my husband, and a pale ale for me. The weather was great for sitting outside - very lightly overcast, breezy, and in the 70's. (Incidentally, while I like beer as much as the next person, questions about it don't make me get defensive and say over and over that I like beer, become belligerent, make up pretend drinking games, or sniff like I'm coked-up. Just saying.) 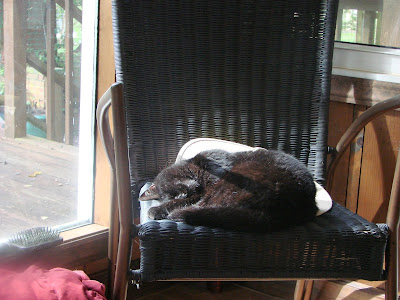 On Saturday, my birthday, we let Hödr in for a bit to doze in a chair while we had asiago cheese bagels and lox for breakfast.  She was so happy to be inside she didn't even harass us about not getting any lox. 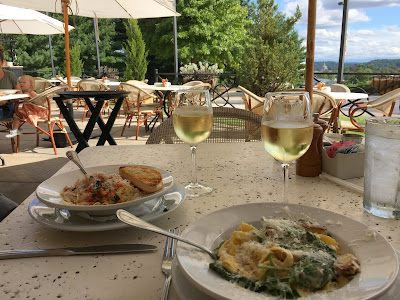 The foul taste in my mouth was completely gone and my appetite had returned with a vengeance. I wanted carbs and fat. I had a bowl of lobster bisque followed by fettucine alfredo with chicken and spinach. There's a freedom that comes with knowing it's my job right now to eat as much as I can. 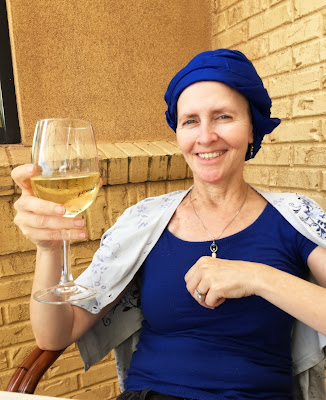 It was just blissful to sit outside both days, soaking in the warm air and enjoying the taste of things again. 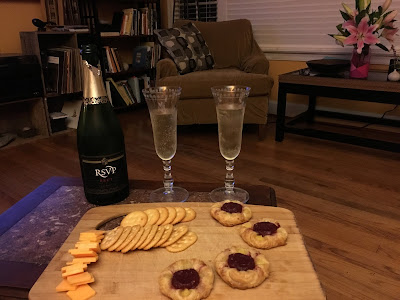 We watched a silly movie that night - "Heaven Can Wait" - a ridiculous 1970's movie I'd missed when it came out. Which is odd since my Dad was a dyed-in-the-wool Rams fan (see what I did there?) having gone to UCLA for a year before going to the Naval Academy. Oh who knows, with this chemo brain it's possible I did see it back then and just don't remember. We had a snack of cheese and crackers, raspberry tarts, and champagne. Remember I said I was going to live normally between rounds rather than fretting about the tough times ahead? Well, this is it. Cheers.
Posted by Secret Agent Woman at 3:40 PM