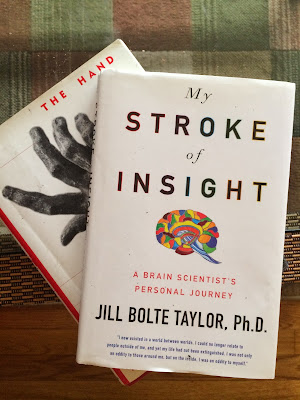 I think the way that is most likely to make a difference is to just elaborate on things you are do anyway so you have the momentum already going. For the past two years I've been doing the Goodreads book challenge. In 2012 I set my goal at 36 books and in 2013 at 48.  I met both of those goals so this year I challenged myself to 50. For avid readers this might not sound like a lot, but remember that I'm maintaining a household on my own, have a couple of kids, running a business and date. So 50 it is for this year. Every year I tend to start books during the holidays, but I count for the year any book I finish in that year. I have finished up these two. I really enjoyed "My Stroke of Insight." Then there was "The Hand: How Its Use Shapes the Brain, Language, and Human Culture."  It was dreadful, and I so wanted to like it. The author said everything in the most convoluted way possible and made even interesting ideas deadly dull. 311 pages of mind-numbing droning.  If I were cornered by this guy at a party, I'd shoot myself.

Each book gets logged on the website so you can track your progress. I've moved on to "Hush," a novel about childhood sexual abuse within a New York Chassidic community. I had a hard time putting it down last night. 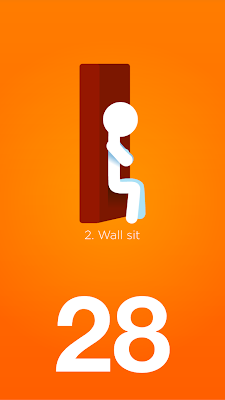 But I had to because I had this waiting for me in the morning. The friend I hiked with on New Year's Day had told me she had downloaded an app called "The 7 Minute Workout." Well, who can't spare seven minutes? I came home and found three free versions, and tried the first of them. They all seem to have the same exercises in the same order. You do a specific exercise for 30 seconds and then you "rest" (get in position for the next exercise) for 10 seconds. It seemed doable - so I decided I'd do it first thing every morning and, if it was a low exercise day, again in the evening. But yikes - the next morning I was already sore! Still, every morning I roll out of bed, put on pajama pants and a sports bra and start the app. But I'm not always graceful about it - the app says, "Side planks.  Start." And I say, "Noooo!" even as I start my side planks. 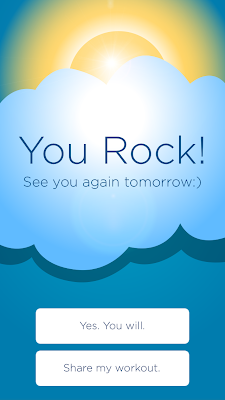 I switched over to the third of the free apps because it uses a real voice instead of a robot voice, it counts down the seconds for you, and at the end is encouraging. I like that. Even though it doesn't split the side planks into two fifteen second sessions but makes you do each side for 30 seconds. Every day, I've done the app twice in the day. I'm sore all over, but at least I'm told I rock. The middle of the three apps included push notifications that I did not authorize. I was sitting on the couch peacefully reading and suddenly there was a high pitched alarm and a question: "Screeeeeee! Do you have seven minutes to exercise?" No. No, I don't. I'm reading. But I do have seven seconds to delete you, you pushy little freak. I do pretty well with encouragement and accountability, but I don't like being bossed around.
Posted by Secret Agent Woman at 11:31 AM