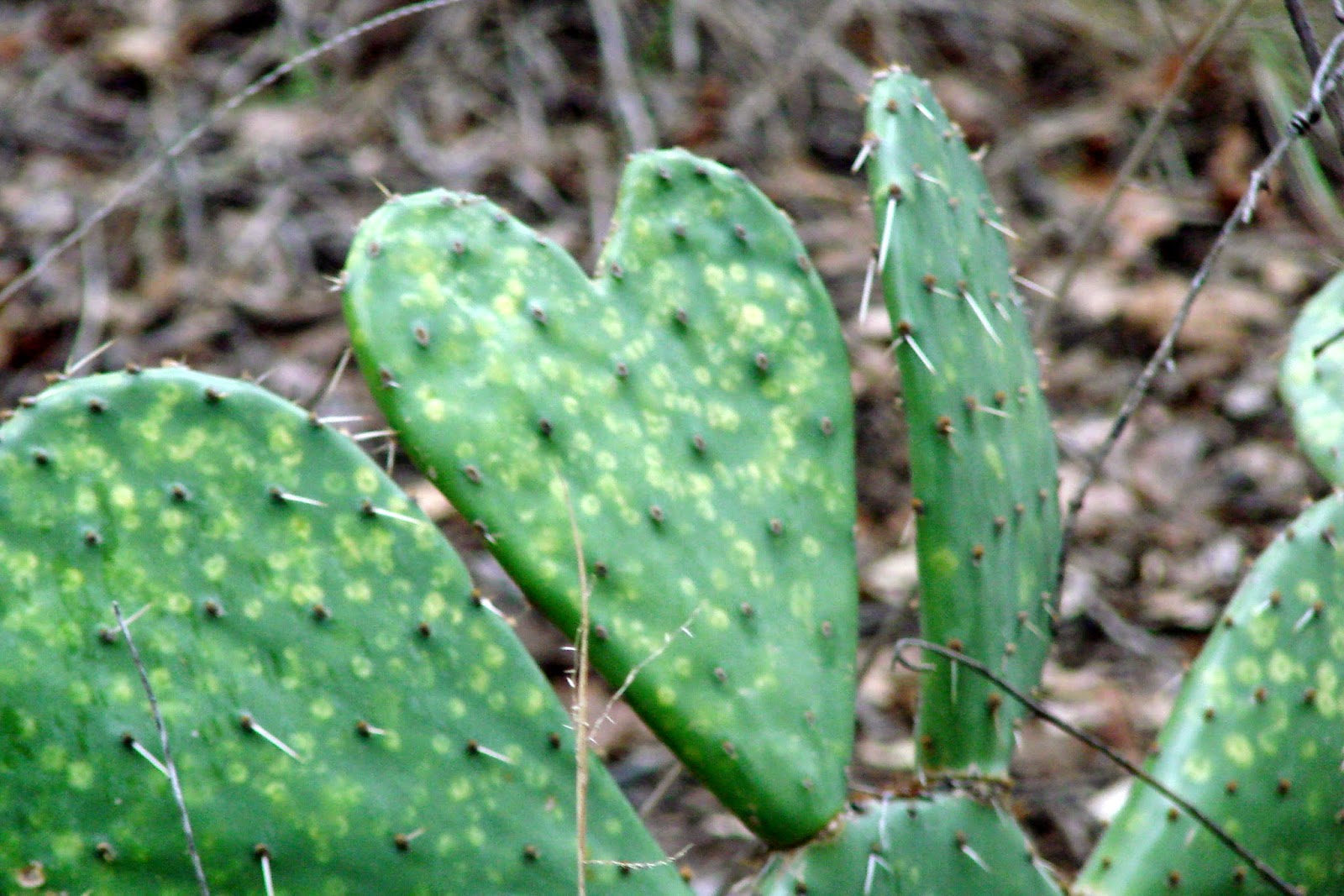 And for those of you who worried about the ominous tone in the "poem" of my first Arizona post, those were just the lyrics of a song about Arizona that I had stuck in my head while I was there. Betrayal theme notwithstanding, things are actually very good back at home. 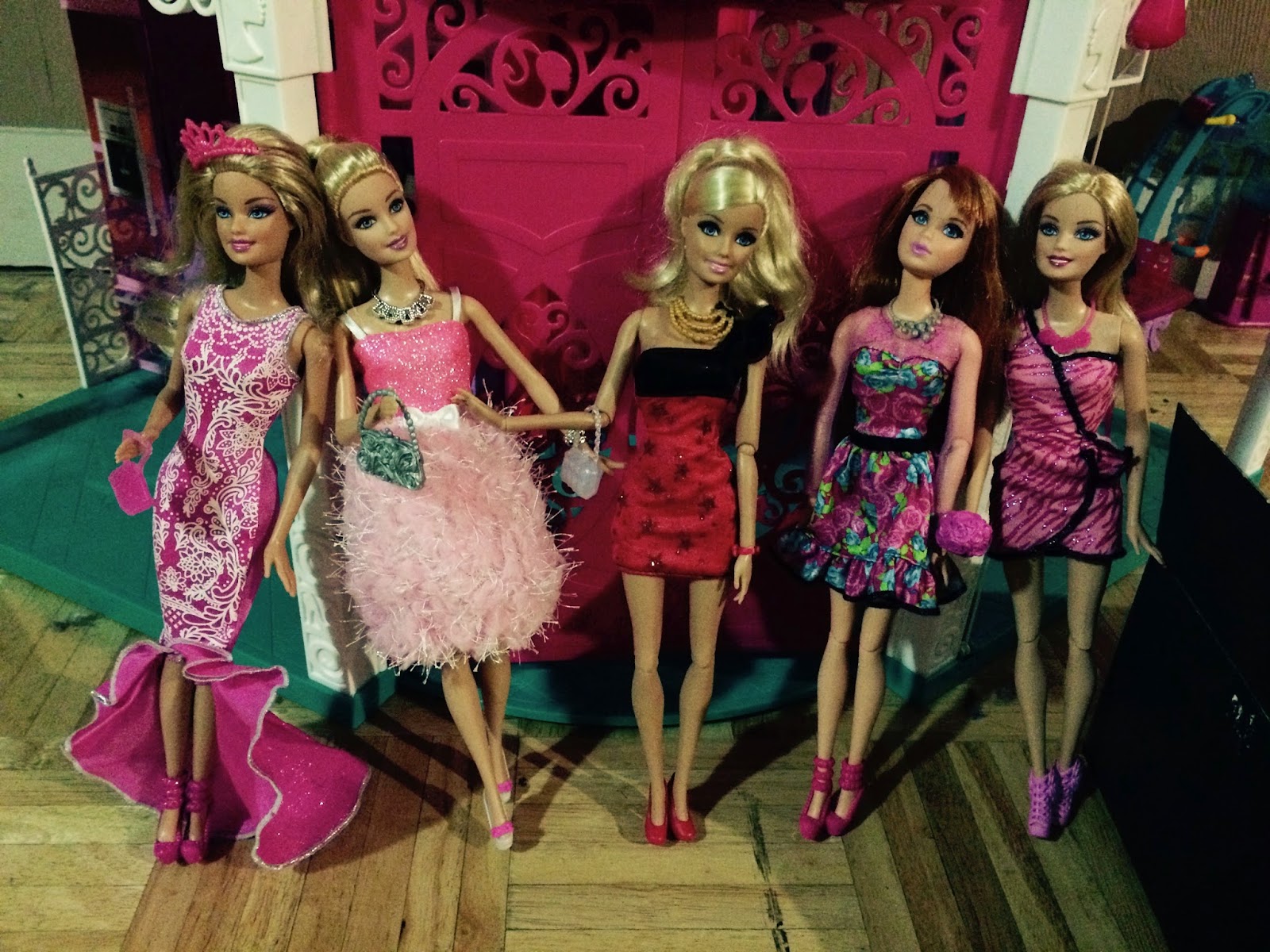 The night before I left was Valentine's and in order to get to the airport at 5 am the next day, I spent it with my boyfriend and his younger daughter. While he cooked dinner, she and I played with the Barbie dream house, and dressed all her dolls for a big evening out on the town. I had only one Barbie doll myself growing up, but she didn't spend a lot of time getting dressed up. Instead, she would go camping with my brother's GI Joe doll.  (And don't even try to claim GI Joes were action figures. They're dolls.) But when in Rome. I was responsible for the two dolls on the left. Pretty fancy, huh? 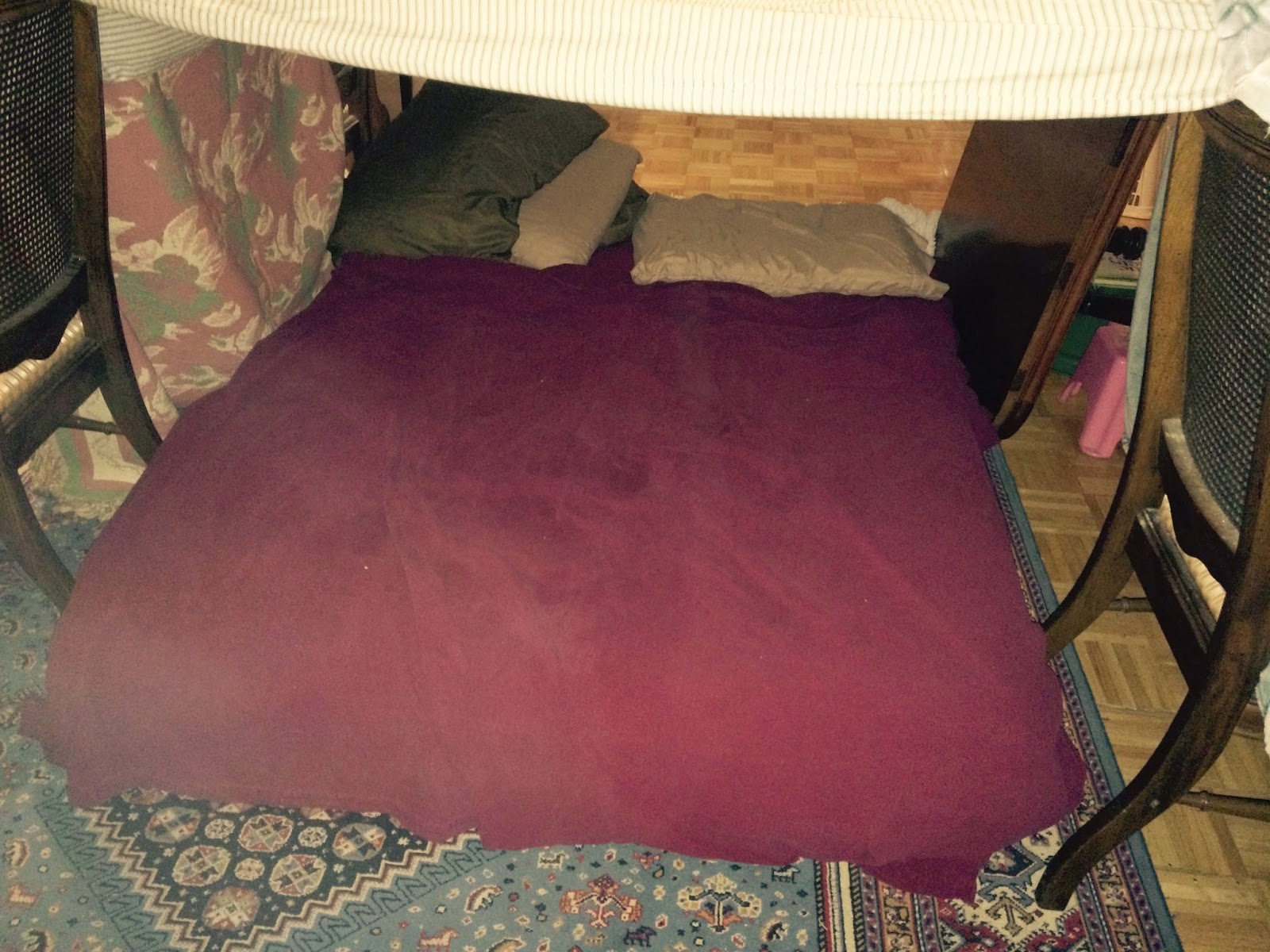 After dinner, the three of us built a blanket fort around a double mattress pulled in front of the fireplace. This photo was before the back wall of it went on. All three of us slept in it, the daughter between us. At one point during the night she rolled toward me, threw her little arm around my shoulder, tucked her head up under my chin and slept like that for a while. We did have one interesting moment as we were getting the bed ready:
Dtr: "Daddy snores."
Me: without thinking: "I know!"
Dtr: "Have you slept with him?"
Me: "Uhhh.. I've heard stories." 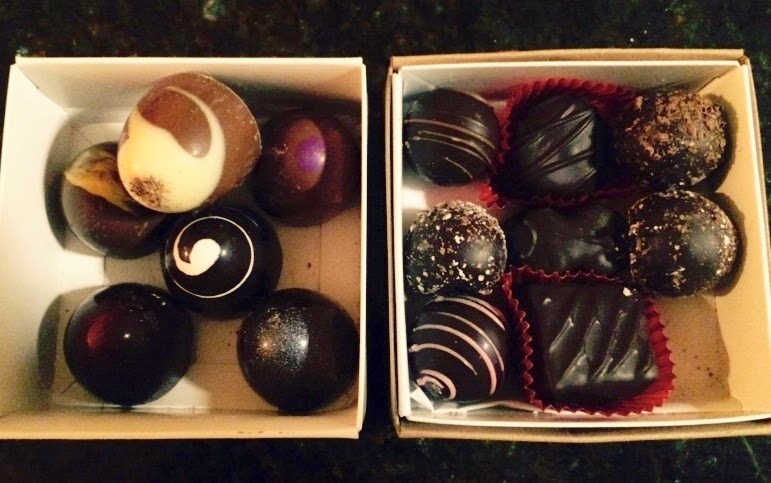 I take comfort in the fact that at 8, "sleeping" means exactly that. It's not that we didn't acknowledge was Valentine's Day, of course, it's just that we had to celebrate a little more chastely. 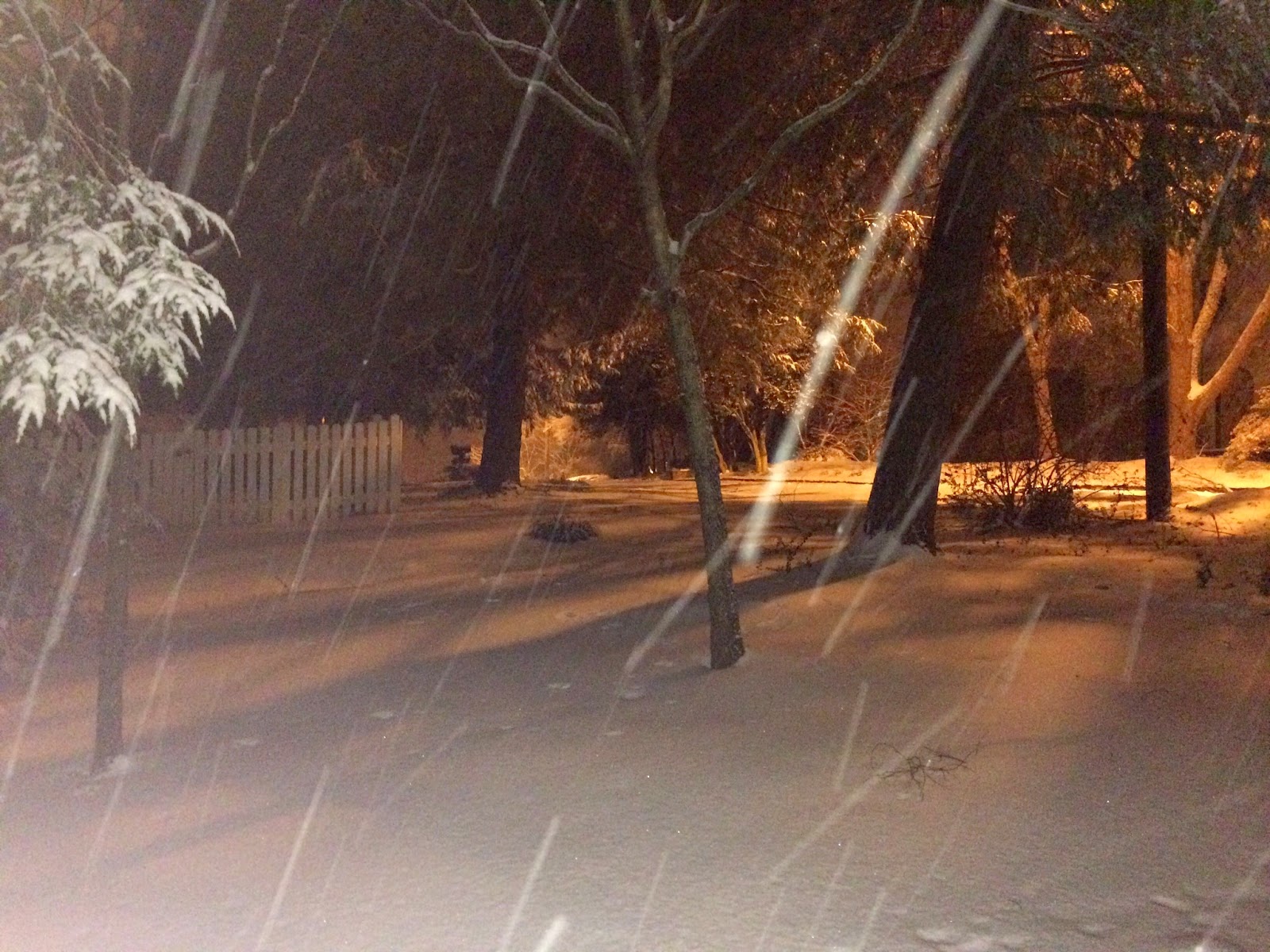 It snowed most of the week I was away and my boyfriend spent a fair amount of his time camped out at my house. On one of those days, my younger son stopped by to get away from the dorms for a while. They spent some time talking and after I'd returned home, my son came over to visit and told me about it. He said to me, "I told him I liked him the best of your boyfriends. I hope that was okay." 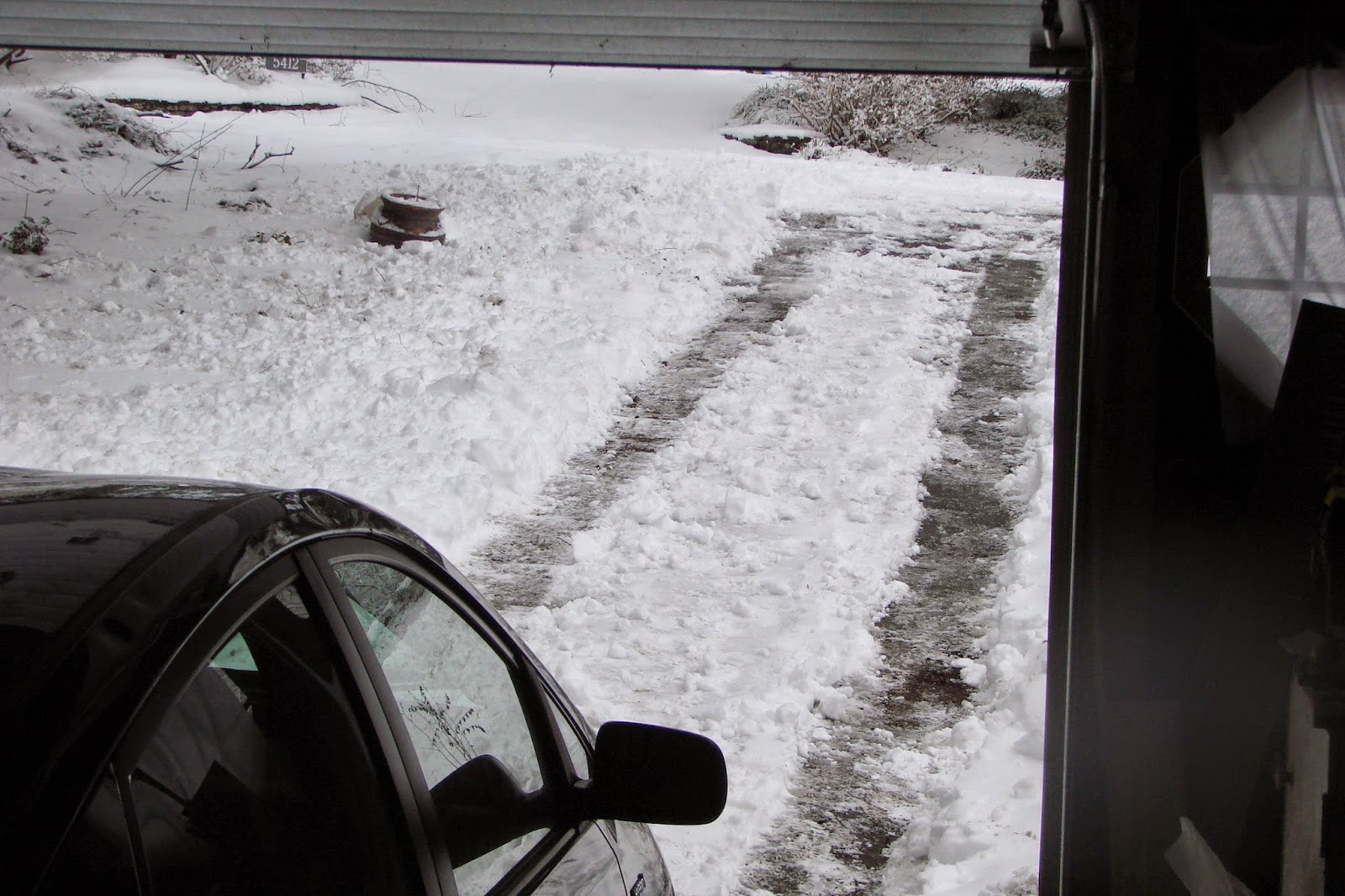 You mean that guy who insisted on shoveling out tracks in the ice for my car "because  that's what boyfriends do"? Yep, I think it's a reasonable thing for my son to think. As we waited for my boyfriend to come over for dinner that night, my son also said to me in that conversation, "You just have seemed happier lately." 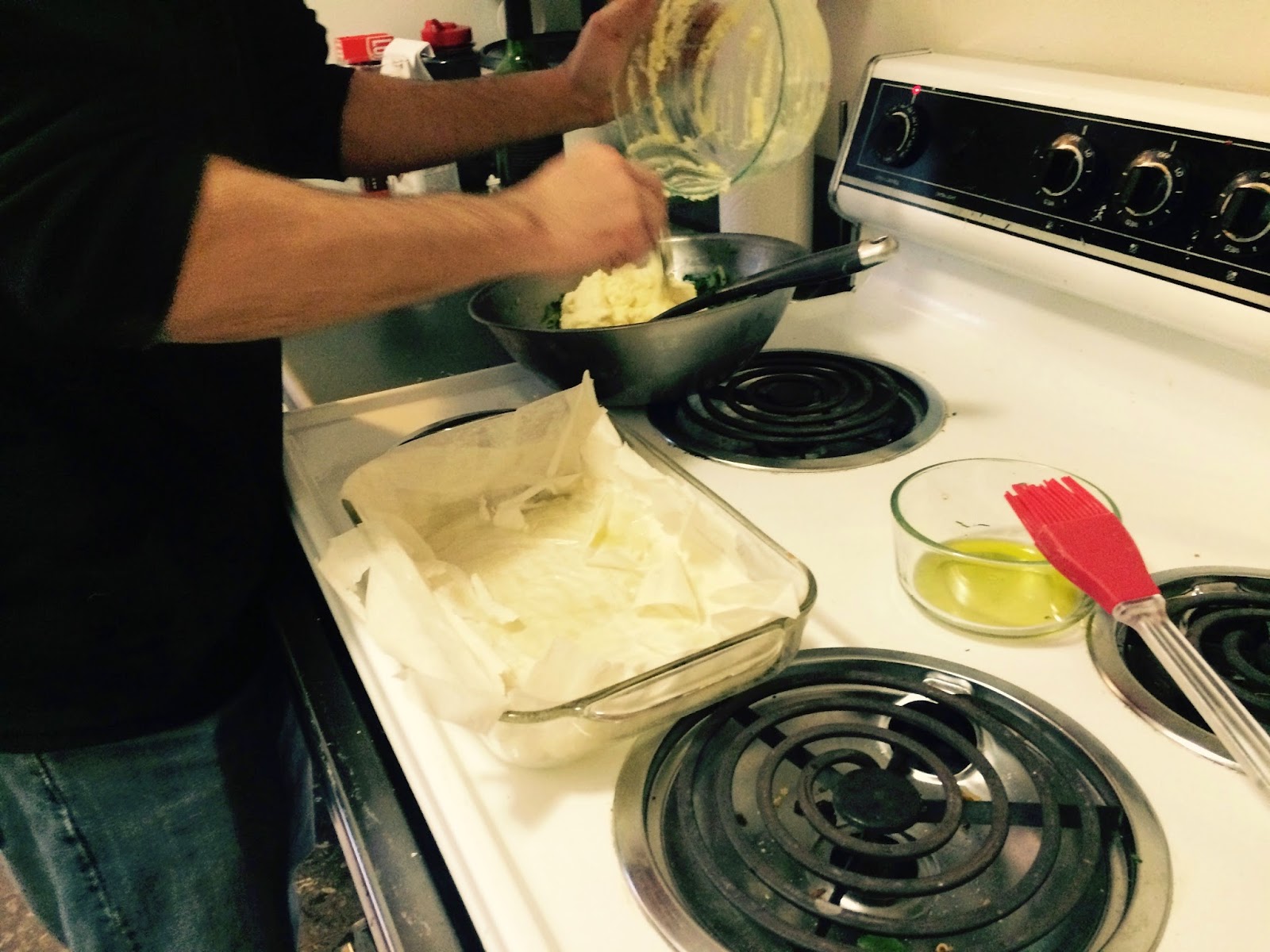 After my long week away, we fell back into our routine of spending nearly every night together. Generally we alternate where we stay and who cooks. This particular night it was spanakopita. 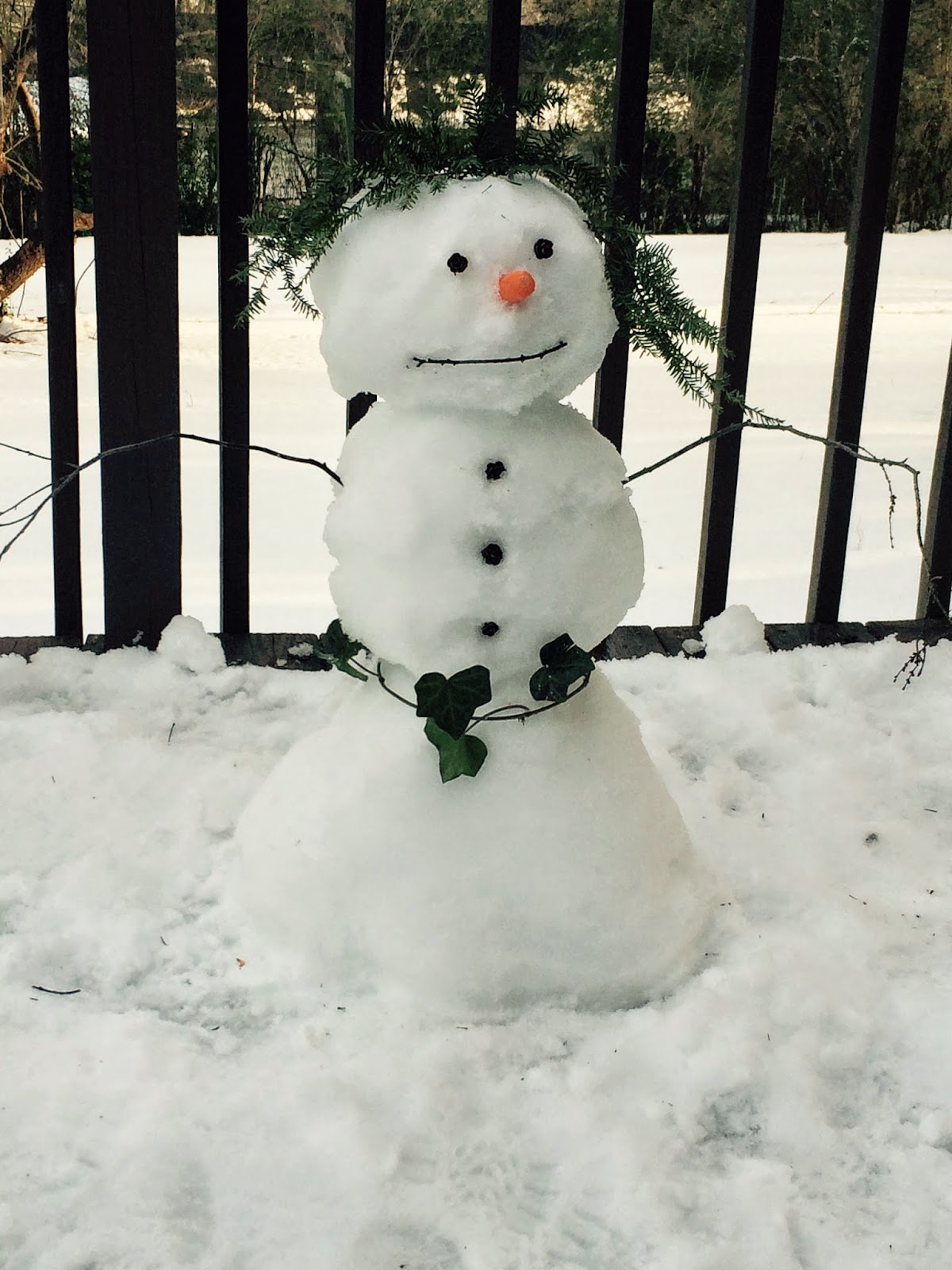 On the next Saturday, he and his younger daughter stopped by and we built this snowgirl on my deck. I like the asymmetrical hemlock hair, the trendy ivy belt, and the Mona Lisa smile. Afterwards we had hot chocolate and watched a few episodes of a cartoon that was new to me, "Octonauts." I am here to tell you I'm not fit to watch cartoons with children because when one of the Octonauts said he needed to go polish his spy glass, I snorted and said, "Oh, is that what they're calling it now?" Our giggles netted us a stern "Stop laughing!" from the daughter. 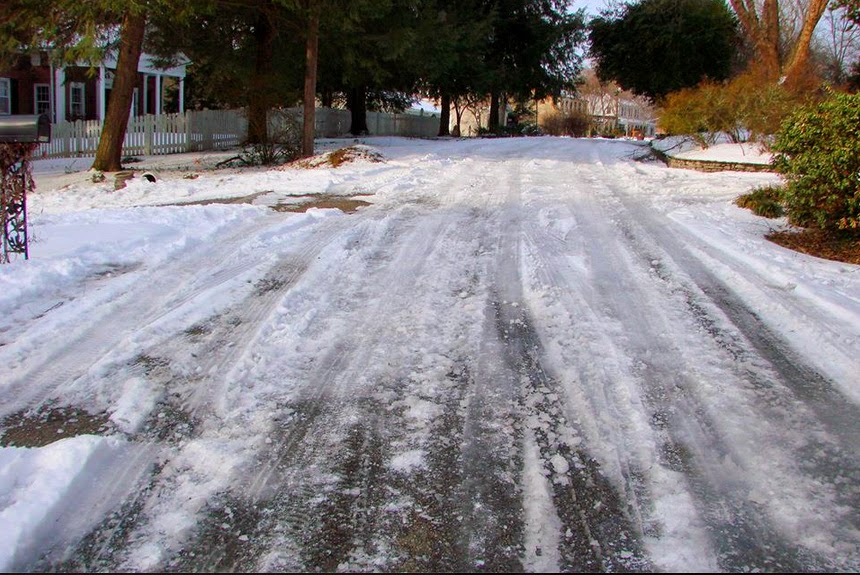 It has snowed off and on since I've been home. Weirdly, my entire neighborhood seemed to get plowed clear each time except for the little stretch in front of my house. I try not to take it personally, but maybe it's in retaliation for me painting leaves on the city-owned water meter cover. Finally today, the weather appears to be turning toward spring. I'm ready, but at least it's been cozy in my house. 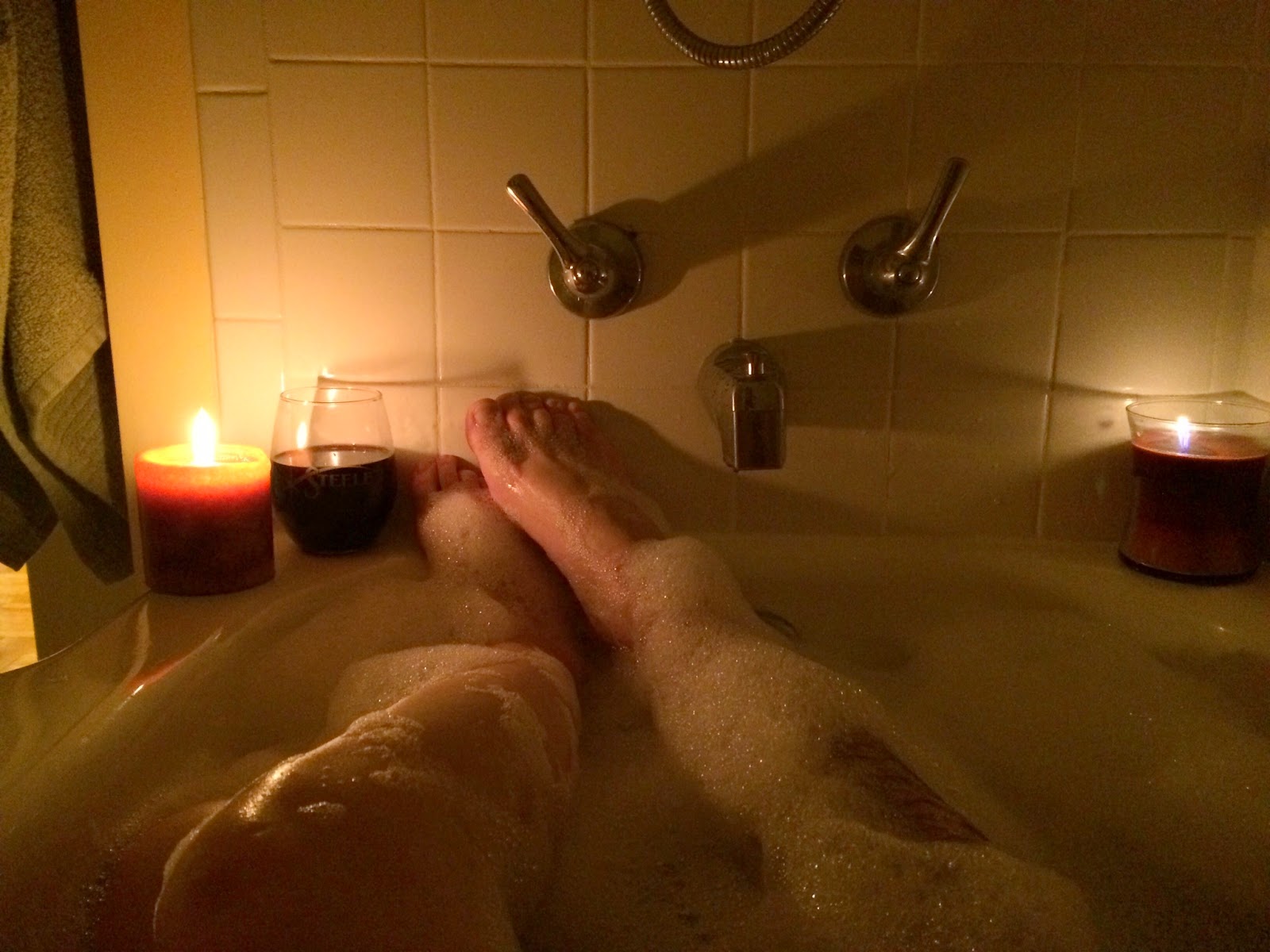 So yeah, the song was just a song I like. Everything here is just fine.
Posted by Secret Agent Woman at 11:07 AM