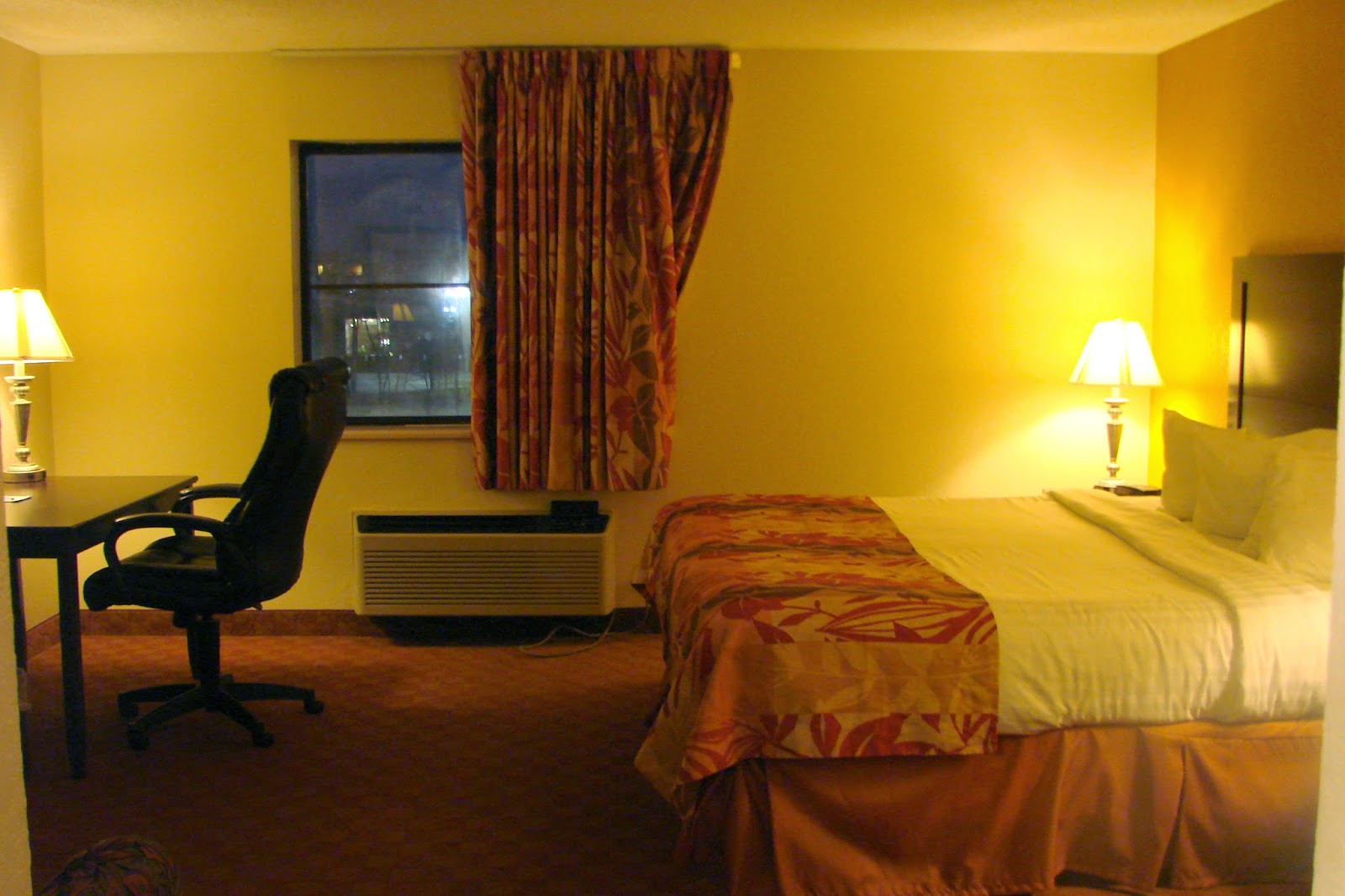 We stayed at a different sort of place Saturday night, a hotel in Nashville. One odd thing about the hotel was that the toilet was noticeably hot, especially the tank. I popped off the lid to check and found very hot water in it. I couldn't resist asking about it at the front desk and was told that during construction, they'd accidentally hooked all the toilets in the building to the hot water pipes instead of the cold and can't fix it without tearing out all the pluming. Seems like a mistake that would be ridiculously expensive in an ongoing way. Not to mention being environmentally unsound. 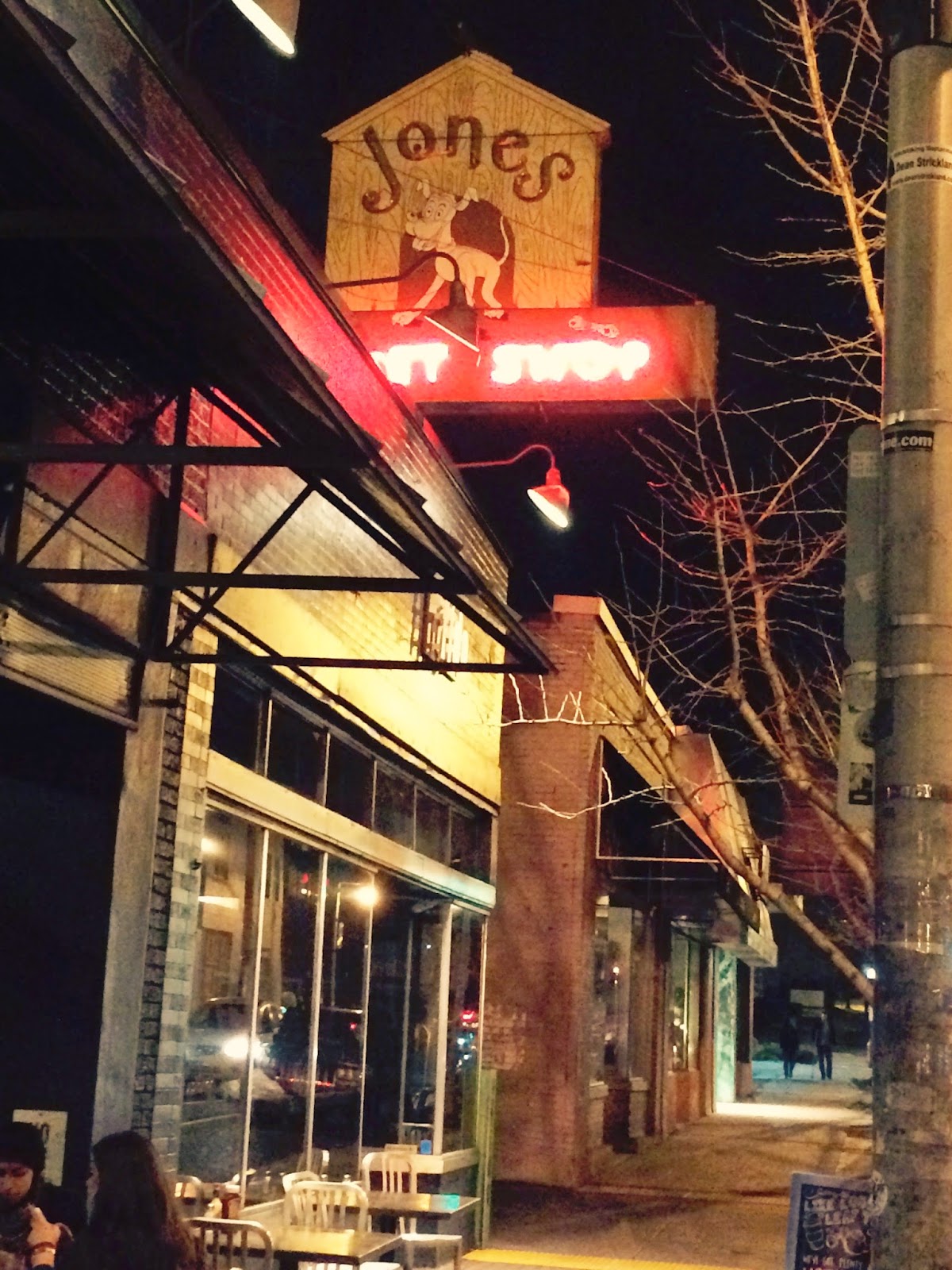 After we checked in, the first order of business was dinner. I'd been to Fido once before when I visited my son, so we went there. It's located near the Vanderbilt University campus, in a former pet shop. 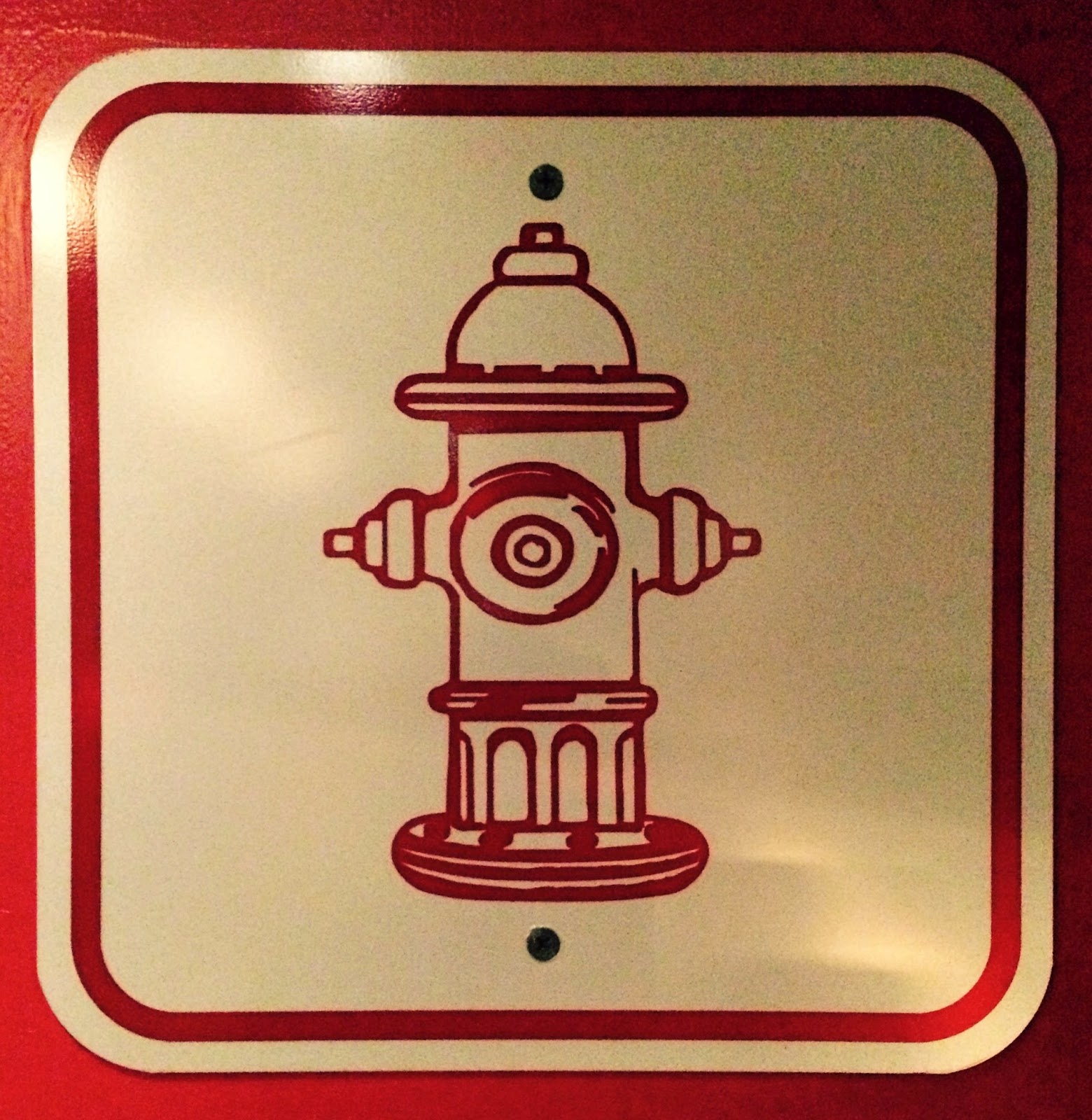 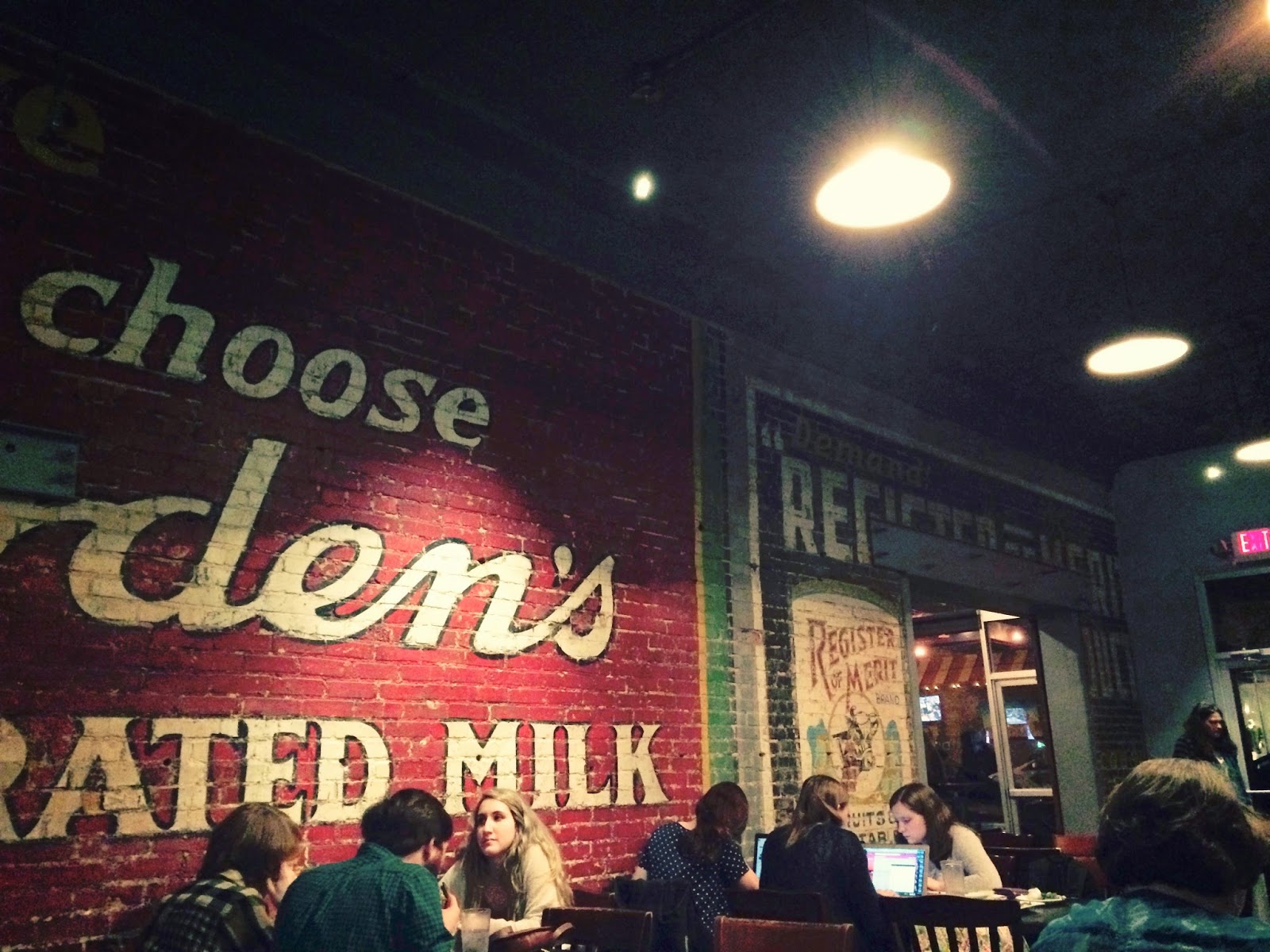 They've also enclosed what must have been the alley next it, with the painted exterior wall now inside. We spent some time doing our usual thing of making up stories about the people around us. Particularly entertaining was the young guy who casually leaned against a chair to chat up a young woman working on a laptop. He made the tactical error of introducing his buddy to her. The second guy promptly moved into the girl's personal space and leaned over her shoulder to look at what she was working on, clearly outmaneuvering the first guy. I think this is a friendship code violation, but maybe he operates on the "all's fair in love and war" principle. 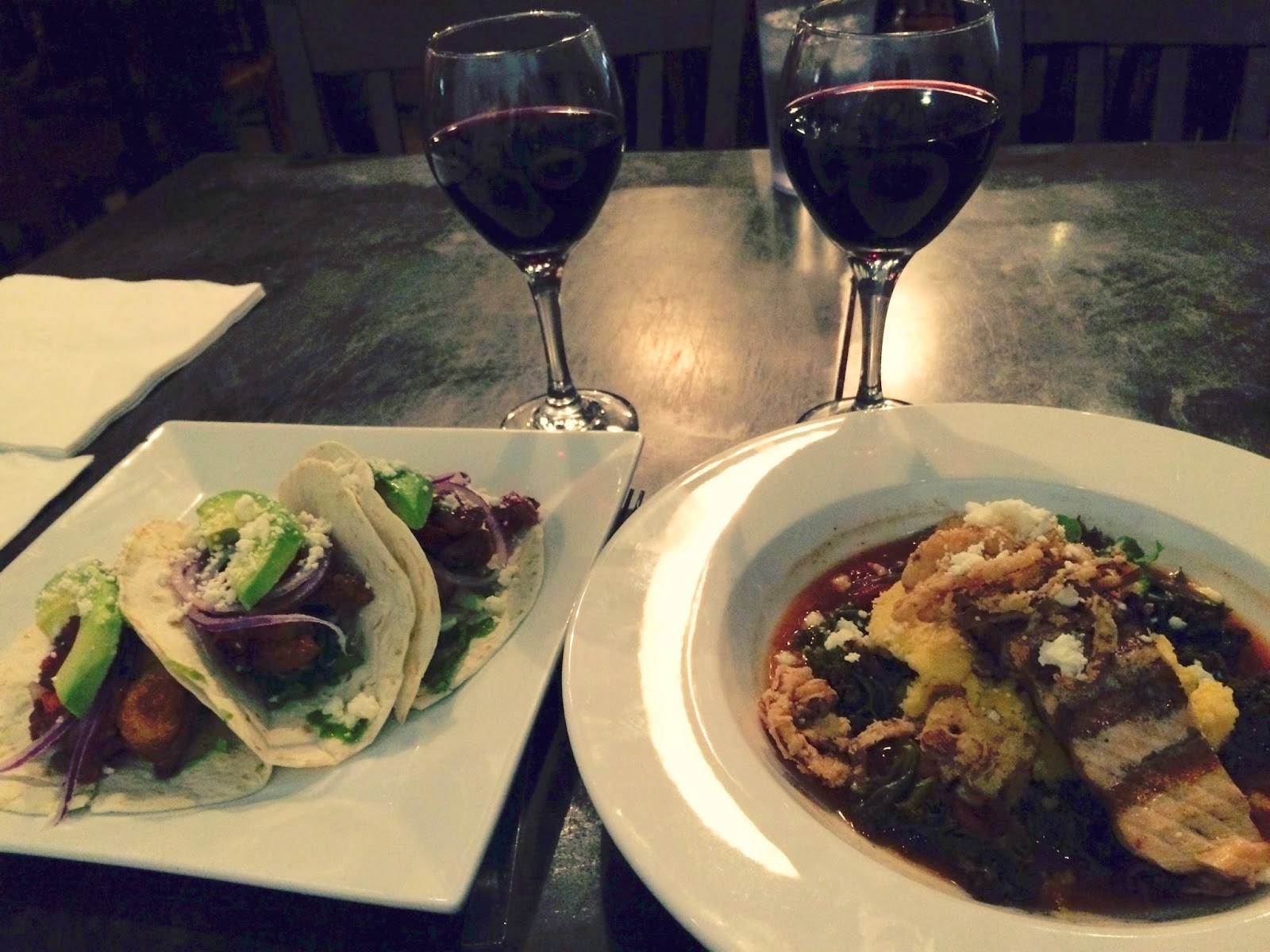 In spite of the coffee house feel of Fido, it has delicious food. Cornmeal crusted catfish tacos for him, salmon with spicy kale, crispy onions and baked cheese grits for me. 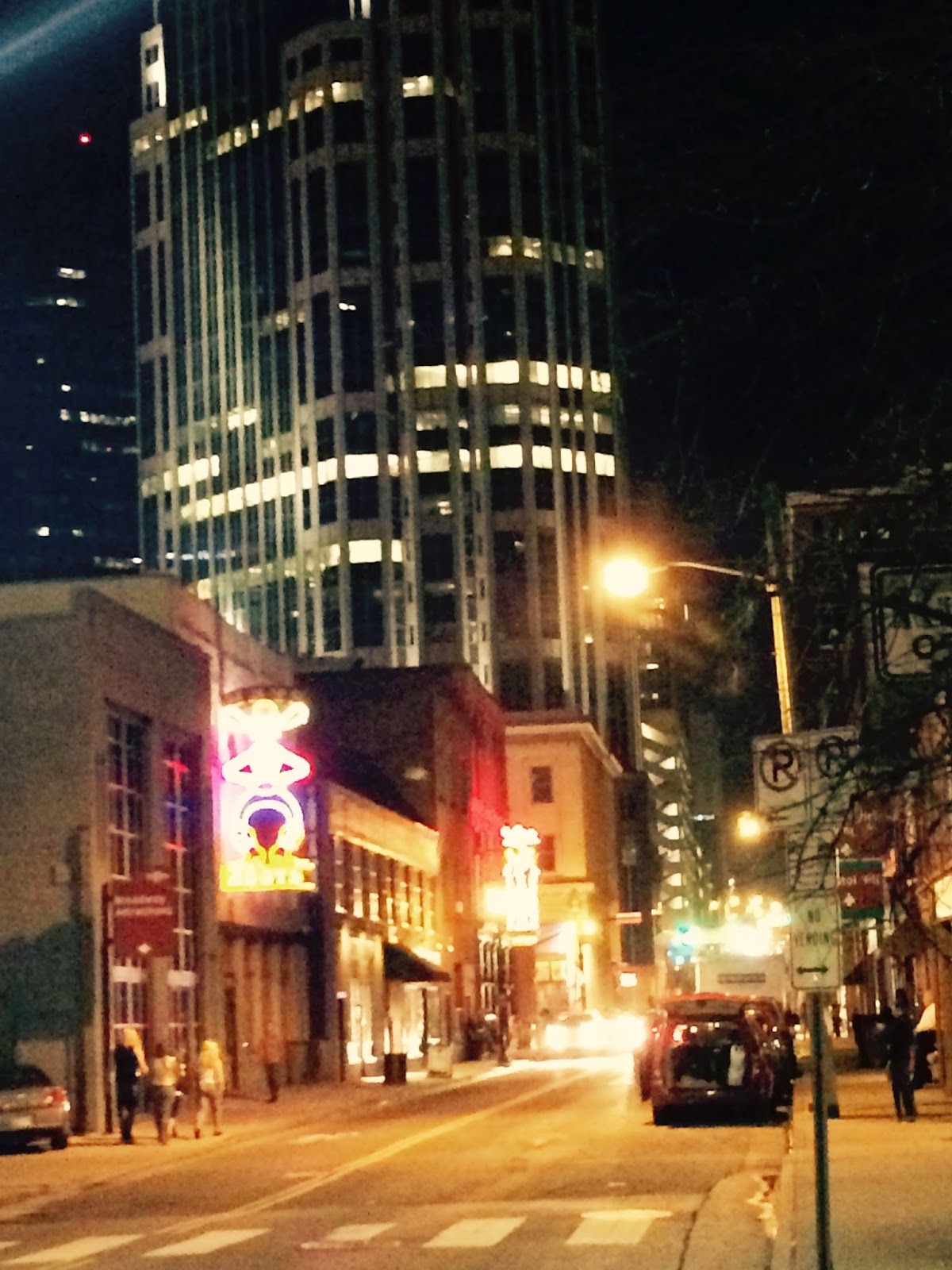 And then we headed over to downtown Nashville to walk around. 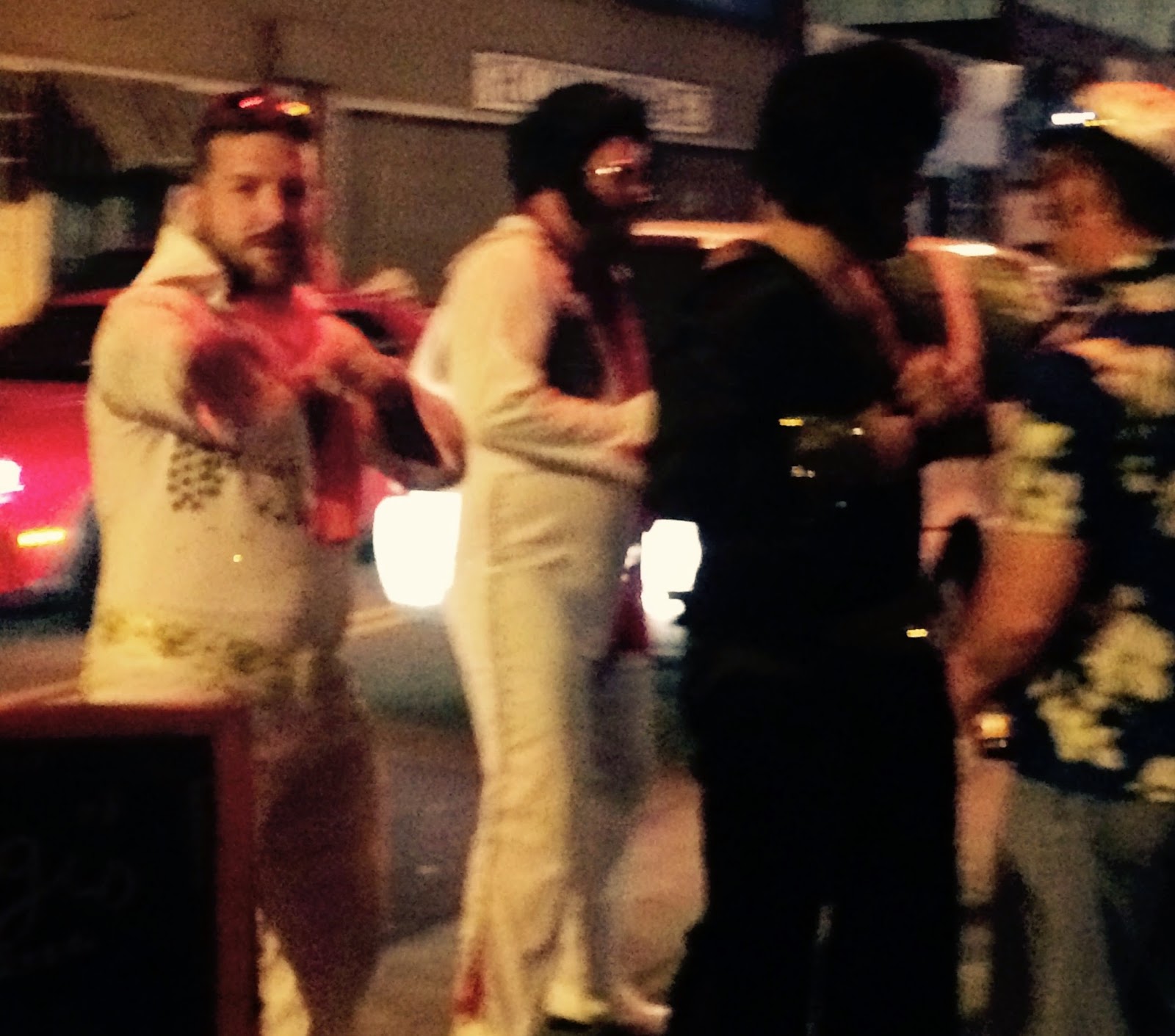 Things were hopping outside on that Saturday night. Groups of costumed Elvises (Elvii?), for instance. Have you ever noticed that Elvis impersonators always take on the role of the older, fat, drug-addled Elvis? I guess it's a lot easier to copy a flamboyant caricature. We also saw lots of young women in bachelorette parties. They were easy to spot - one in each set wearing a short white veil and many of the women carrying plastic penises on sticks. And no, I can't explain why anyone would want to do that. 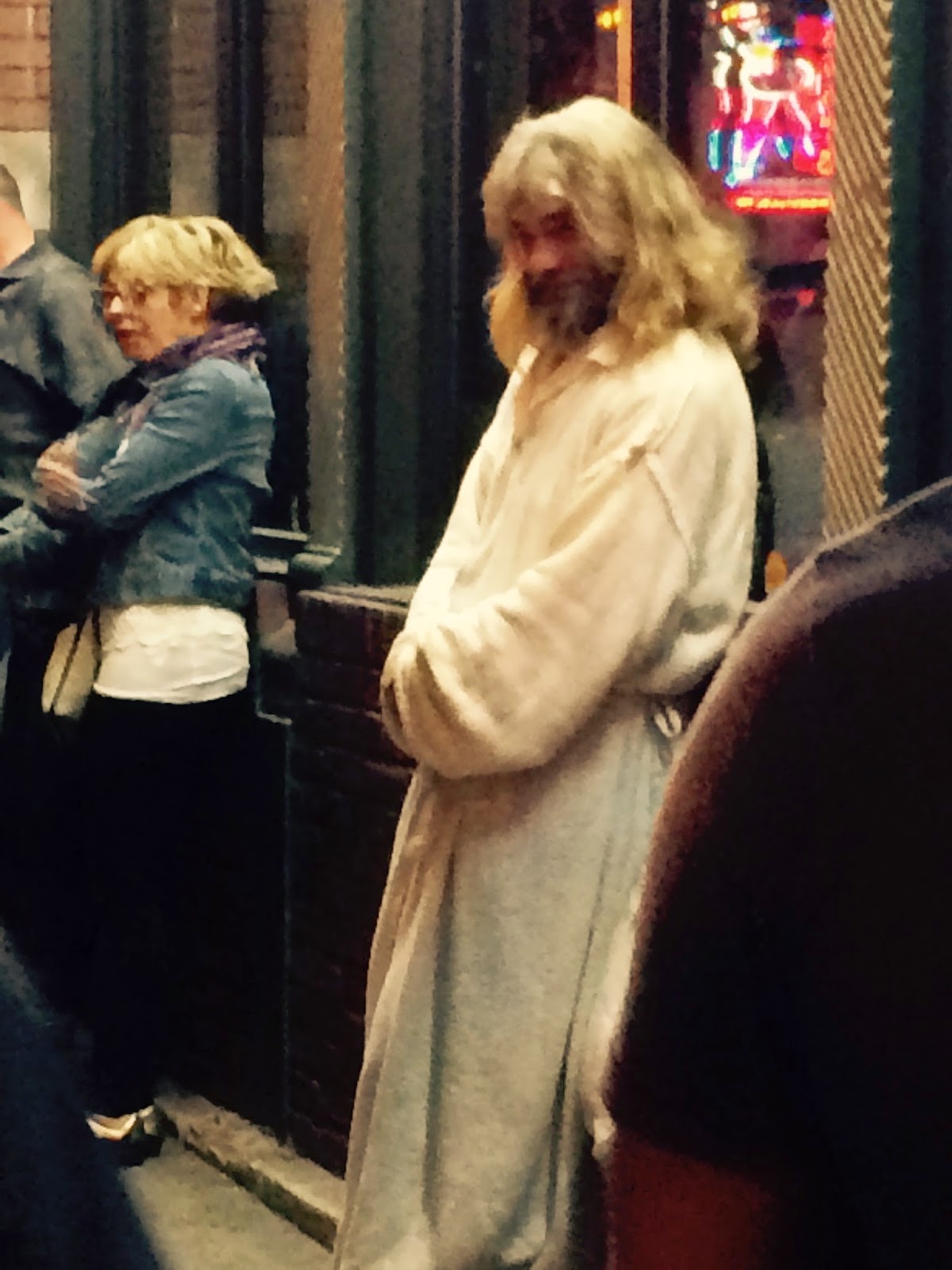 Not sure this blond-wigged Jesus approved. Judging from his slumped posture, he's probably the discouraged Jesus mentioned on the roadside sign in Kentucky. At one point, we heard some women yelling, "Ooooh!" and became aware that another young woman was using our kiss as a backdrop to her selfie. As we ducked away and laughed, she yelled, "I love y'all!" I just know that somewhere on facebook or instagram, there's a post of her selfie with the caption "Old white folks making out on Music Row." 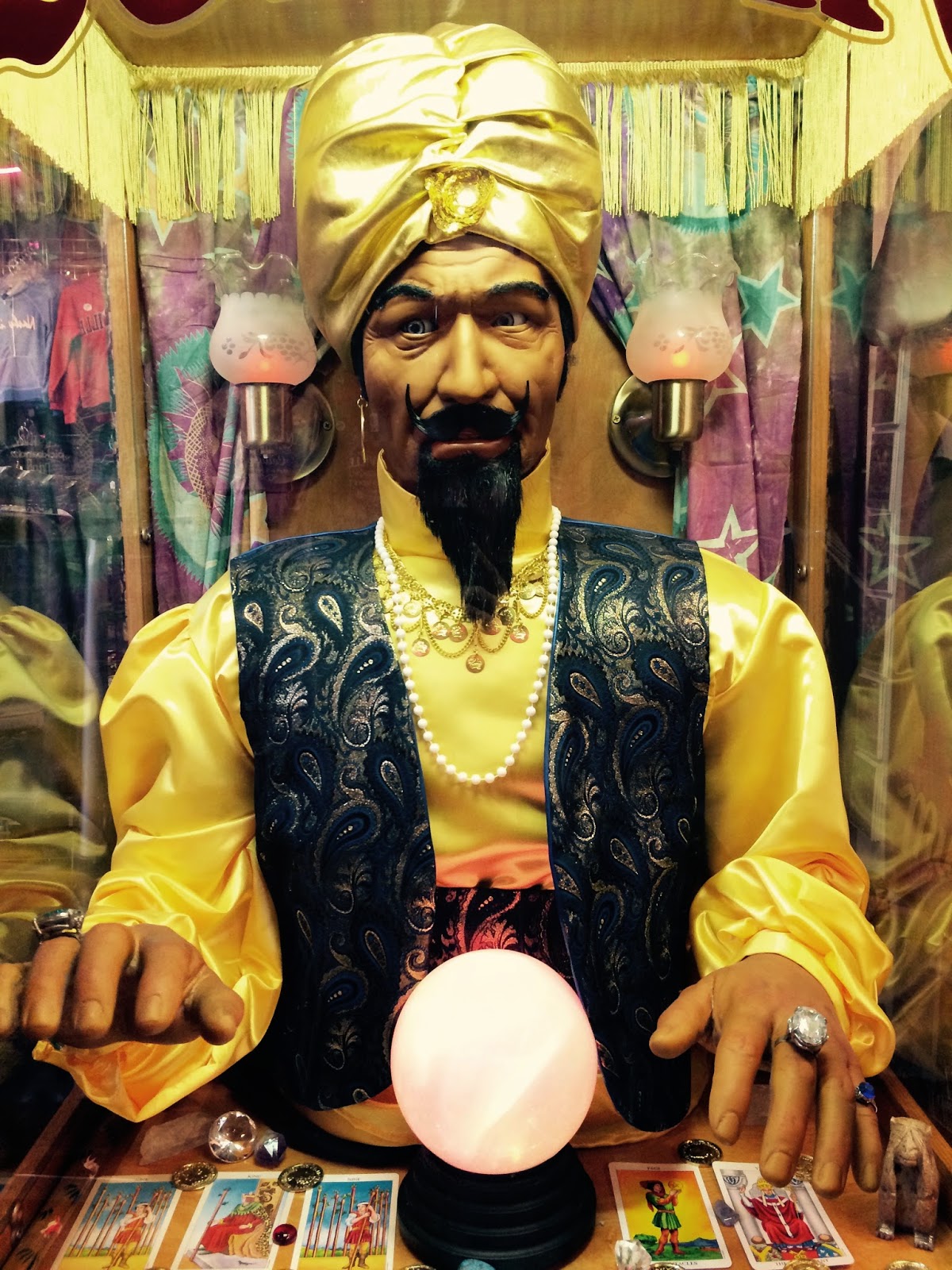 In one store there was a fortune-telling machine. We plugged in our dollars to have Zoltar talk to us in a ridiculous accent, saying vague things like, "If you think you can or you think you can't, you're right!" Thanks, Zoltar. 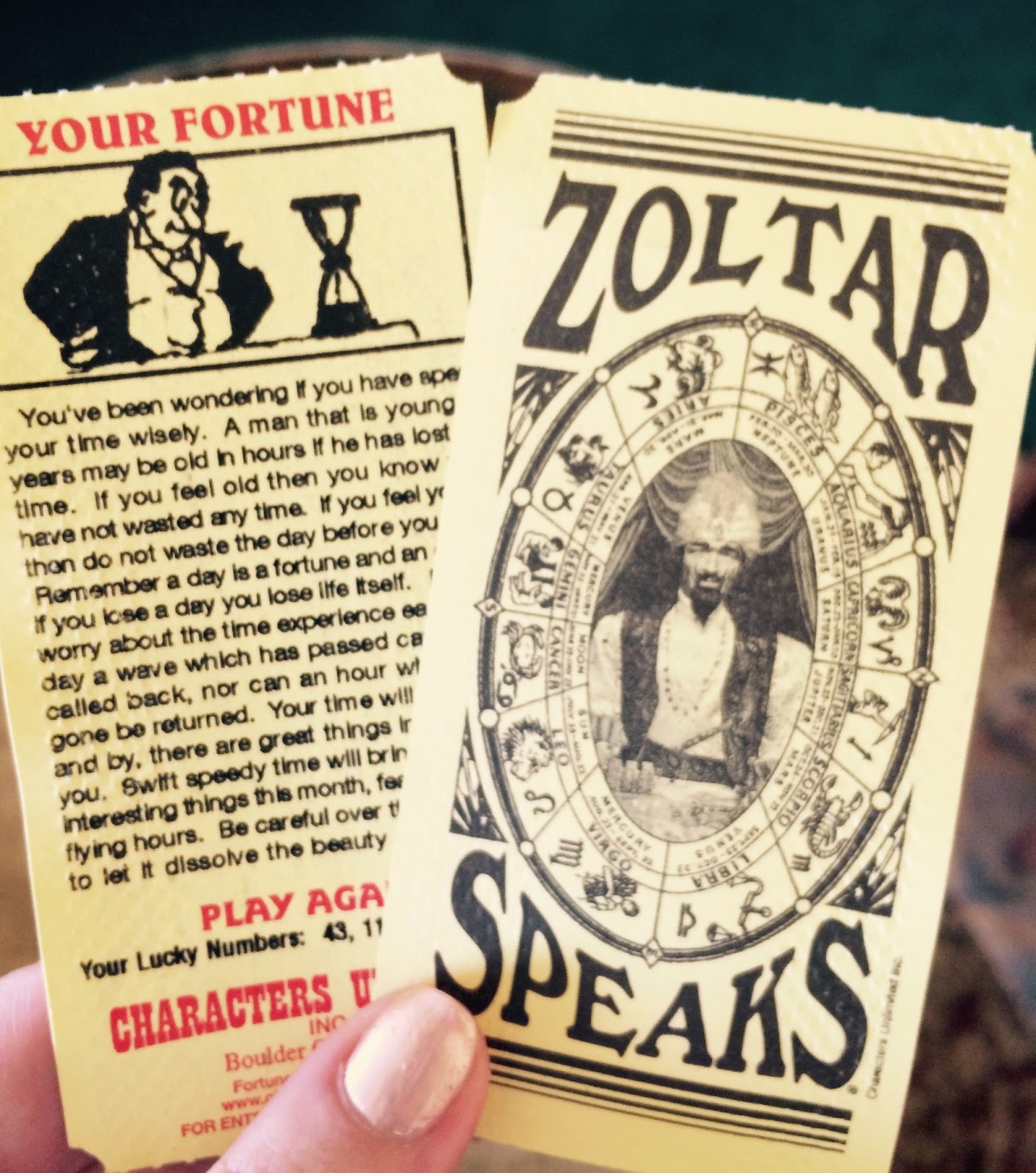 And then he spit out his predictions. General and convoluted, I've yet to figure out what they actually predict. I think they are less fortunes than general life advice. But who cares? It was Zoltar! 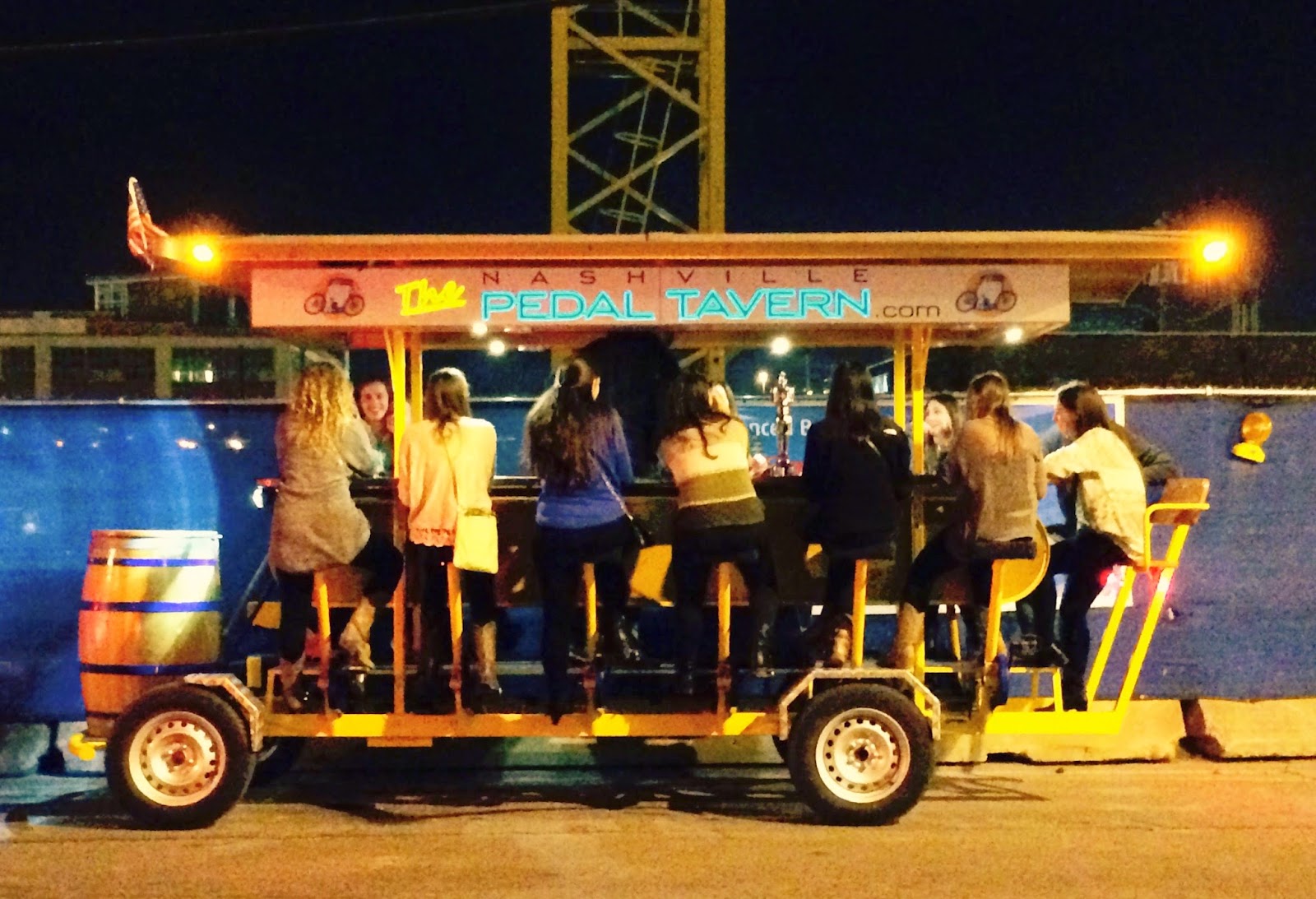 We were tempted to hop on board one of these mobile taverns, which appeared to be powered by the customers pedaling. From the sounds of it, however, the only drink options were beer and shots. We opted instead for a glass of wine at an restaurant with outdoor seating. 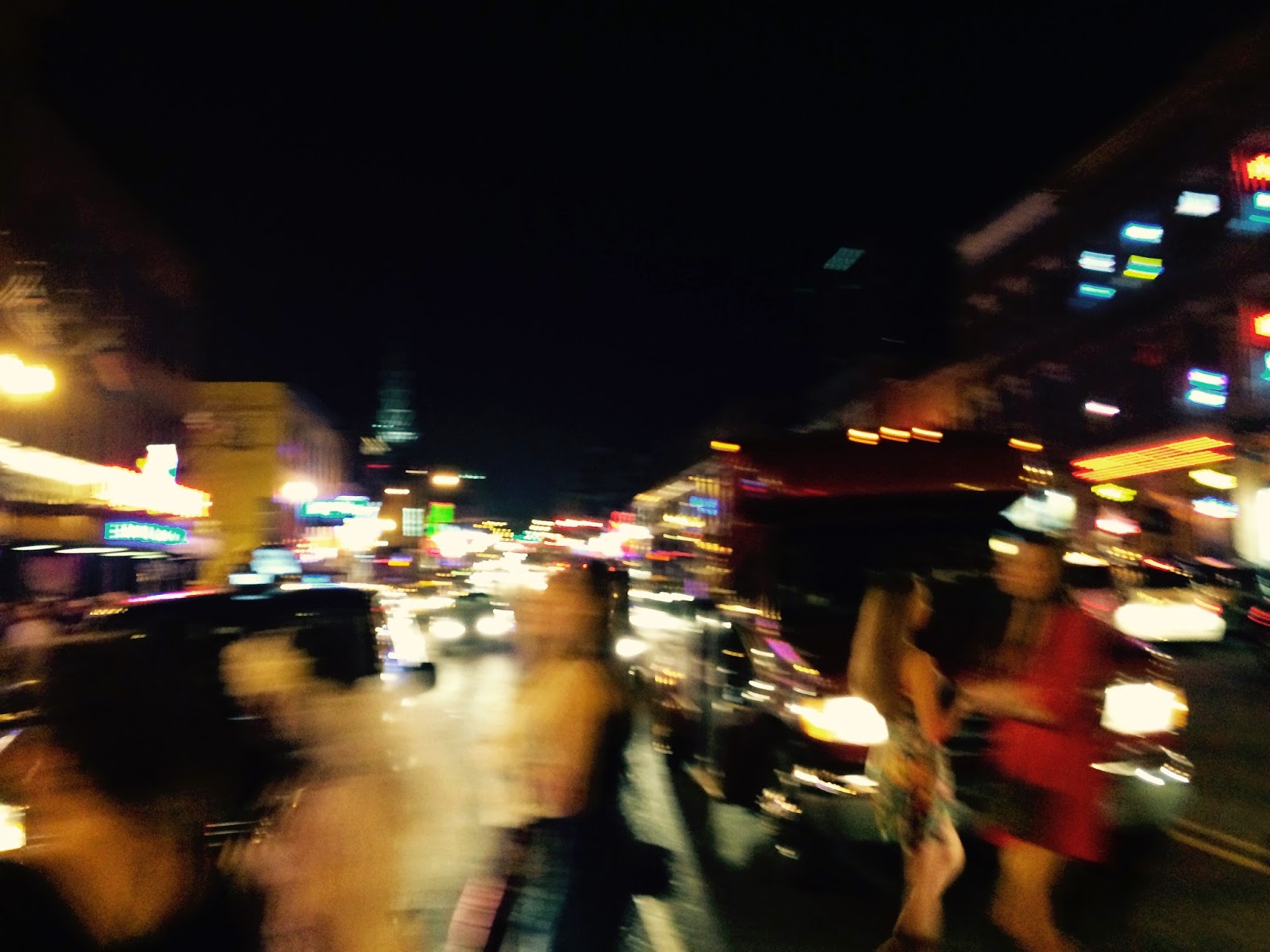 The streets were chaotic. Lots of drunks, some aggression. At one point, two men began squaring off, with the posturing and threats that precede a physical fight. A bored looking cop watched from his car for a bit before using the loudspeaker to say, "Either go ahead and fight or move along." It was a little unnerving to see that he had no intention of intervening. But there was mostly a celebratory atmosphere. It was a beautiful night and it felt good to be out amidst all that life. 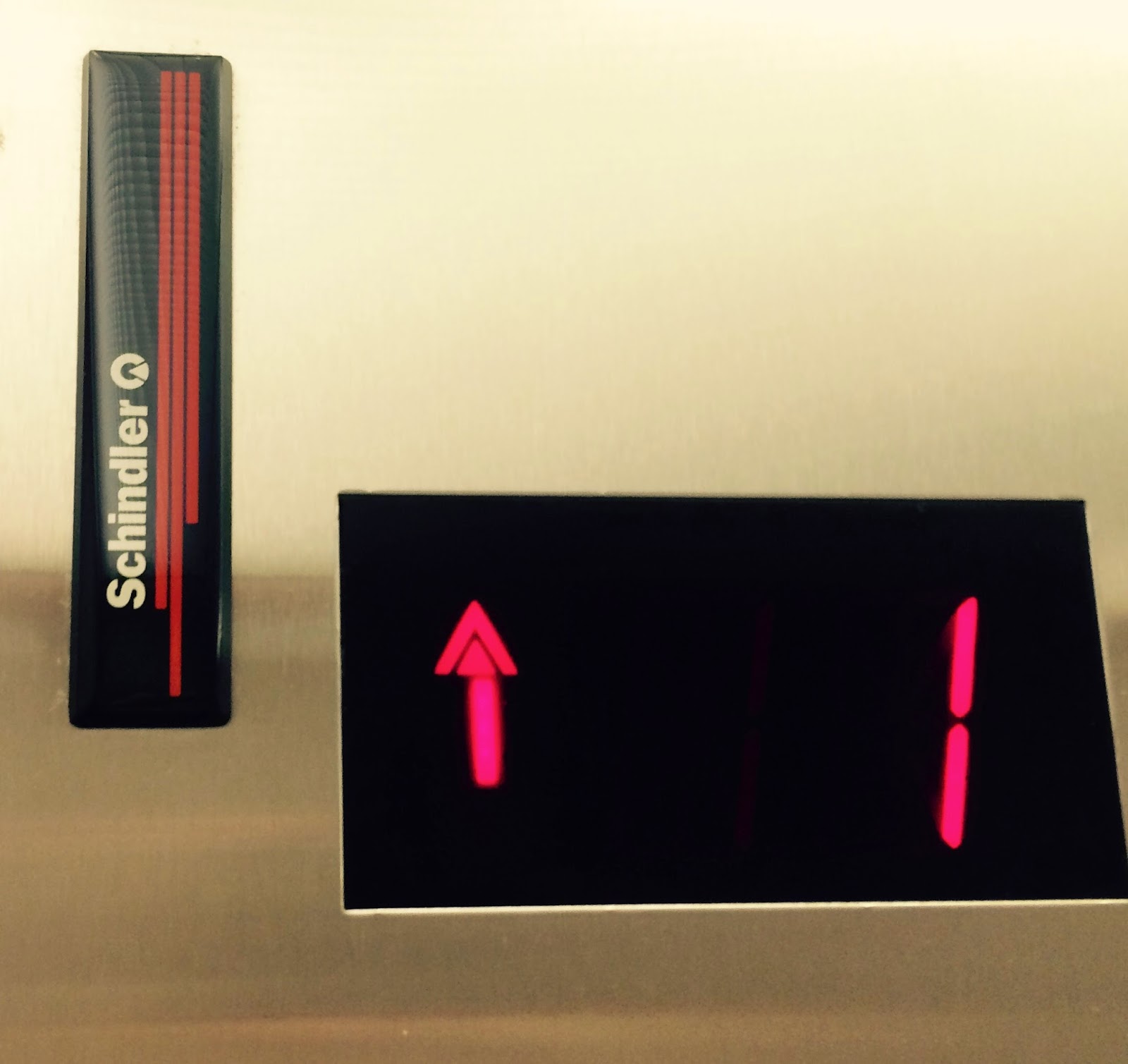 The next morning, we checked out to head to my older son's university so my boyfriend could meet my son and his girlfriend. I noticed the manufacturer's sign in the elevator. We were on Schindler's lift! I mentioned that to my son and he said, "Stop it." We met for brunch (and it reminded me how much I like eggs benedict) and had a little time to talk. I love both my son and my future daughter-in-law and don't get to see the two of them nearly enough. Later, I texted my son to relay the message from my boyfriend that he'd enjoyed meeting them and received this in response: 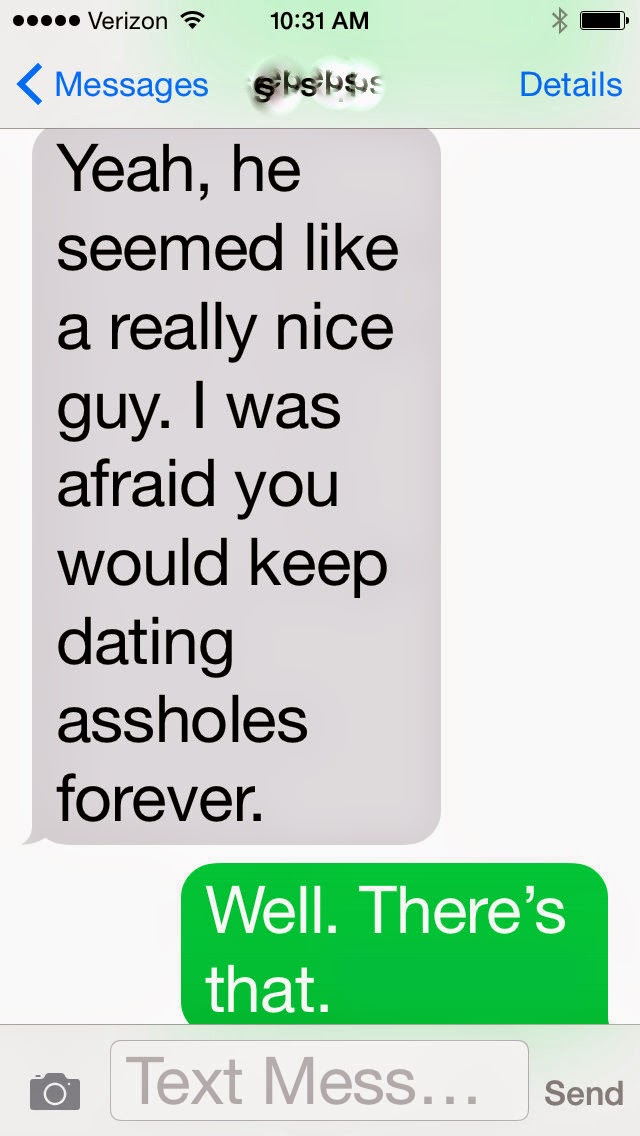