What do a bunch of Sierra Club folks do after a week of hard work? 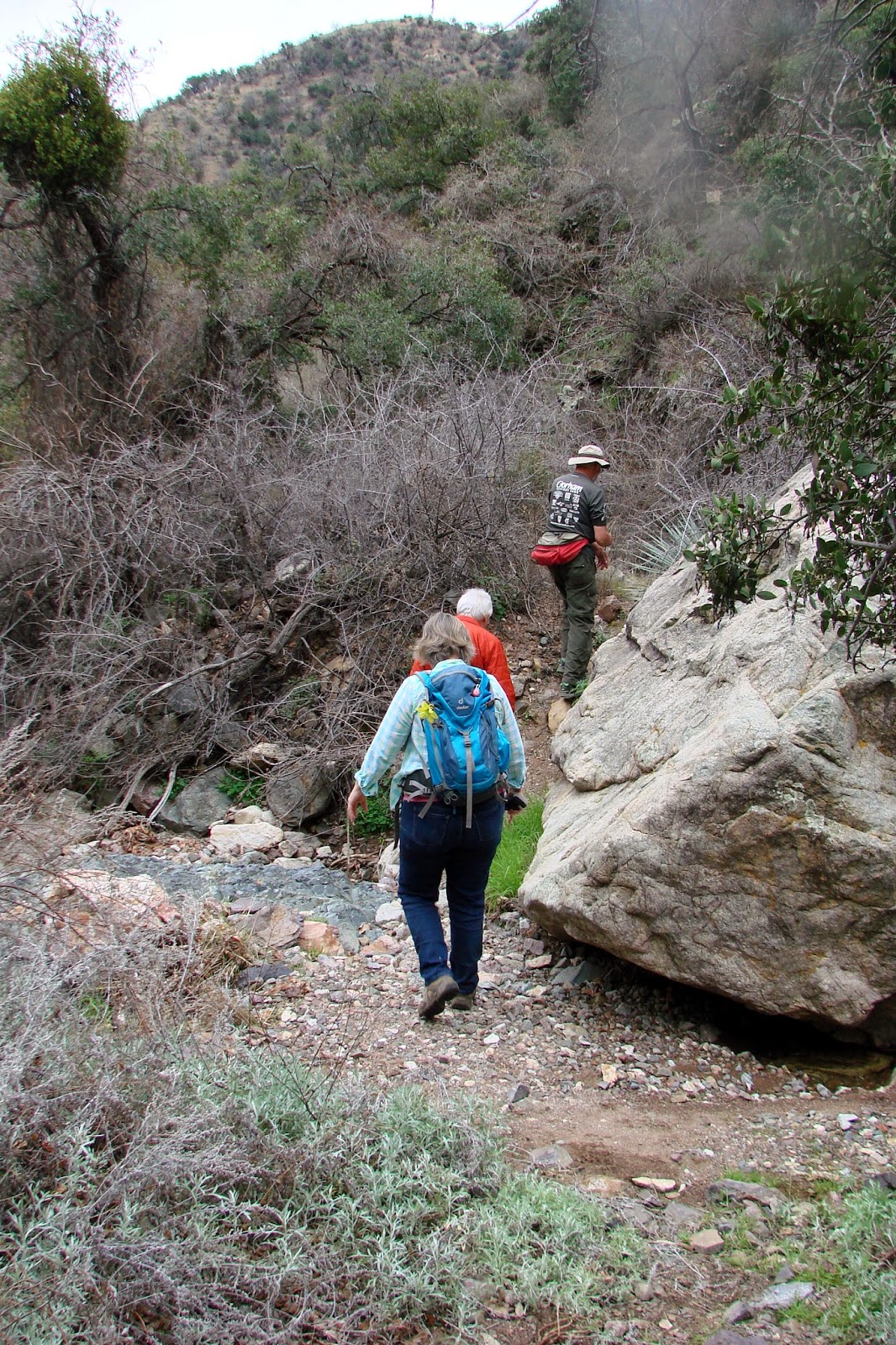 Well, we clean the lodge. And then we go hiking, of course! 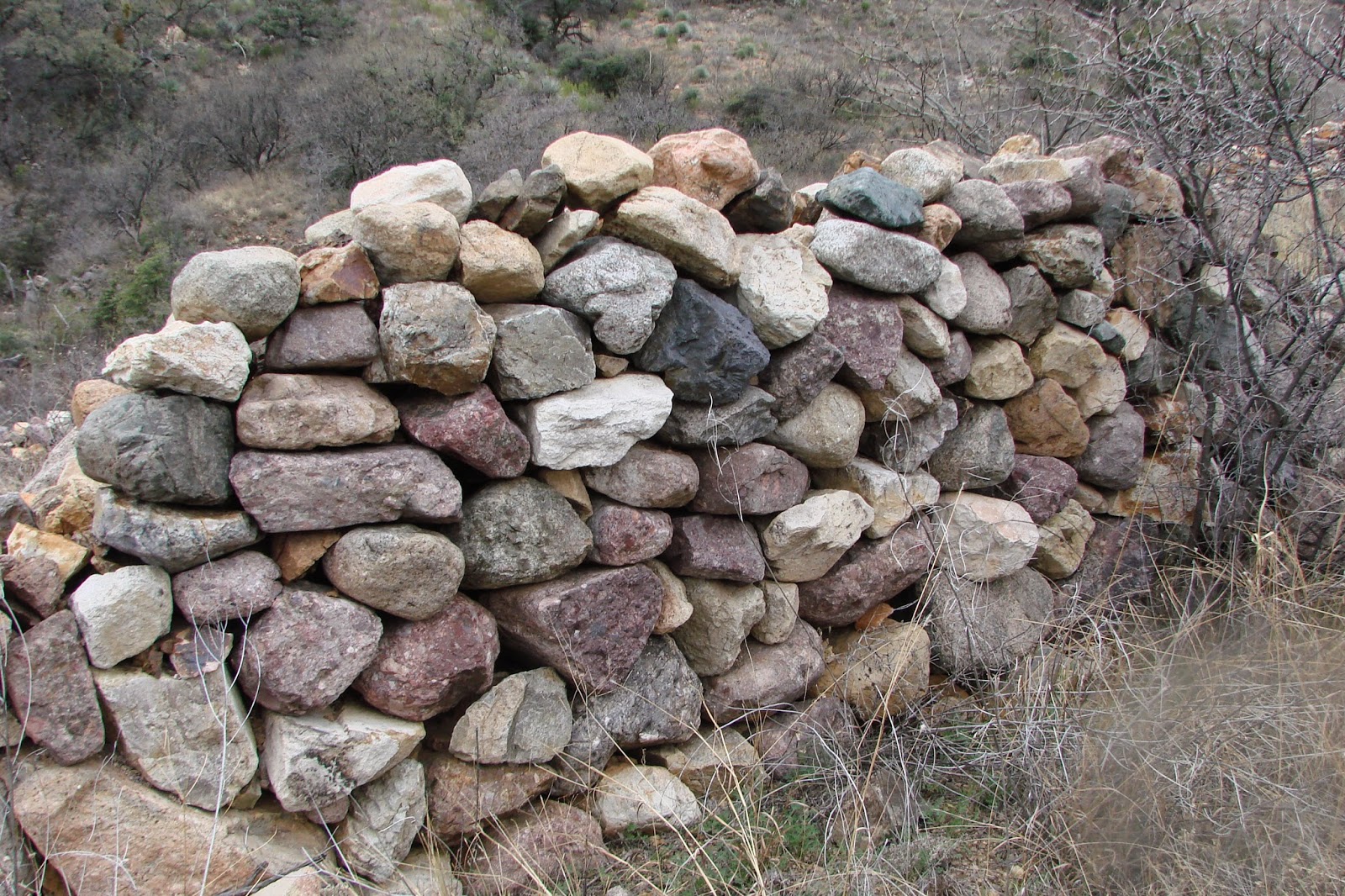 There were some old structures, now abandoned, up in the Baboqivari mountains. These stone walls were everywhere and I can't imagine the work that went into them. 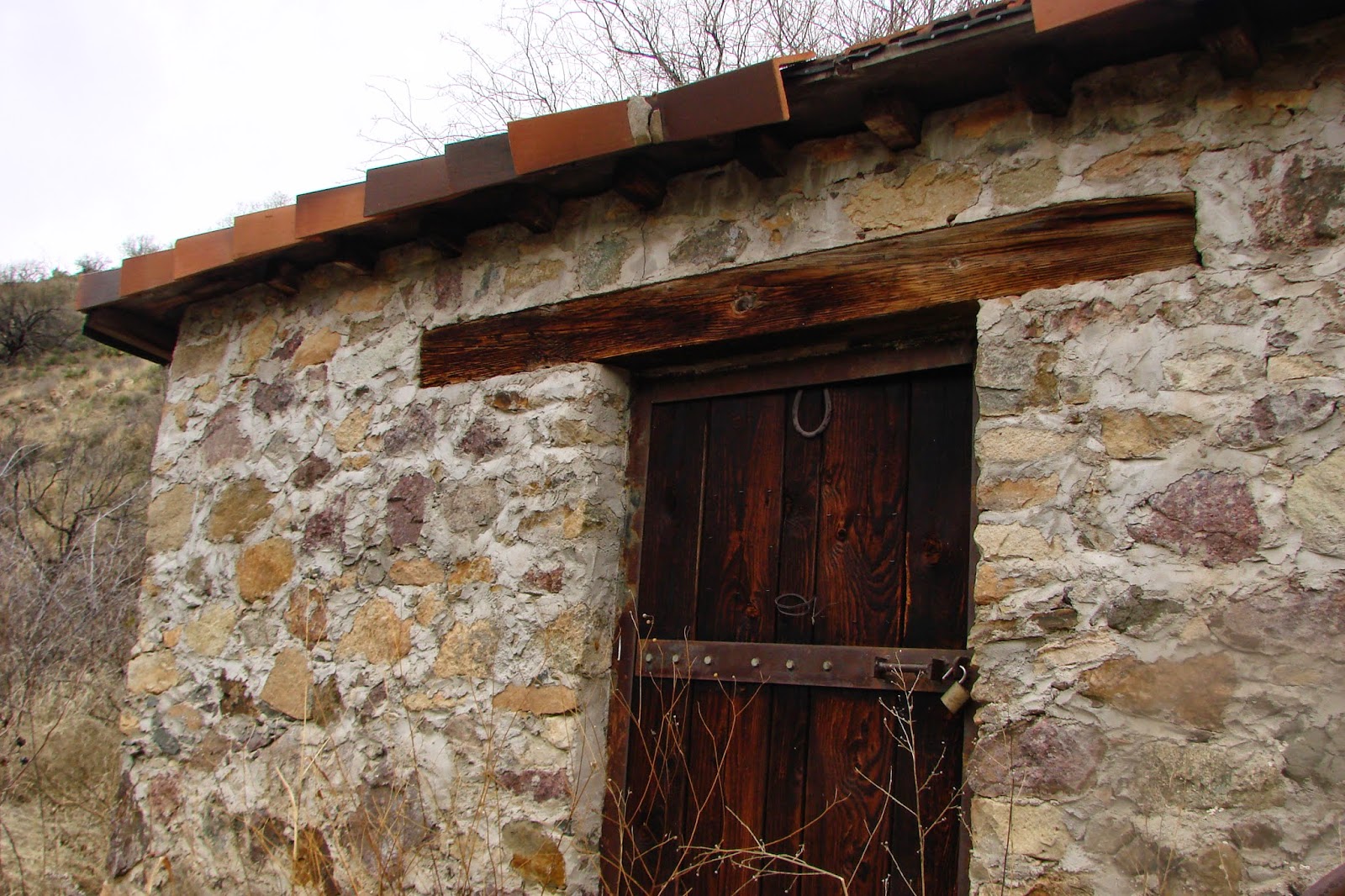 This shed had a door but the lock was open. 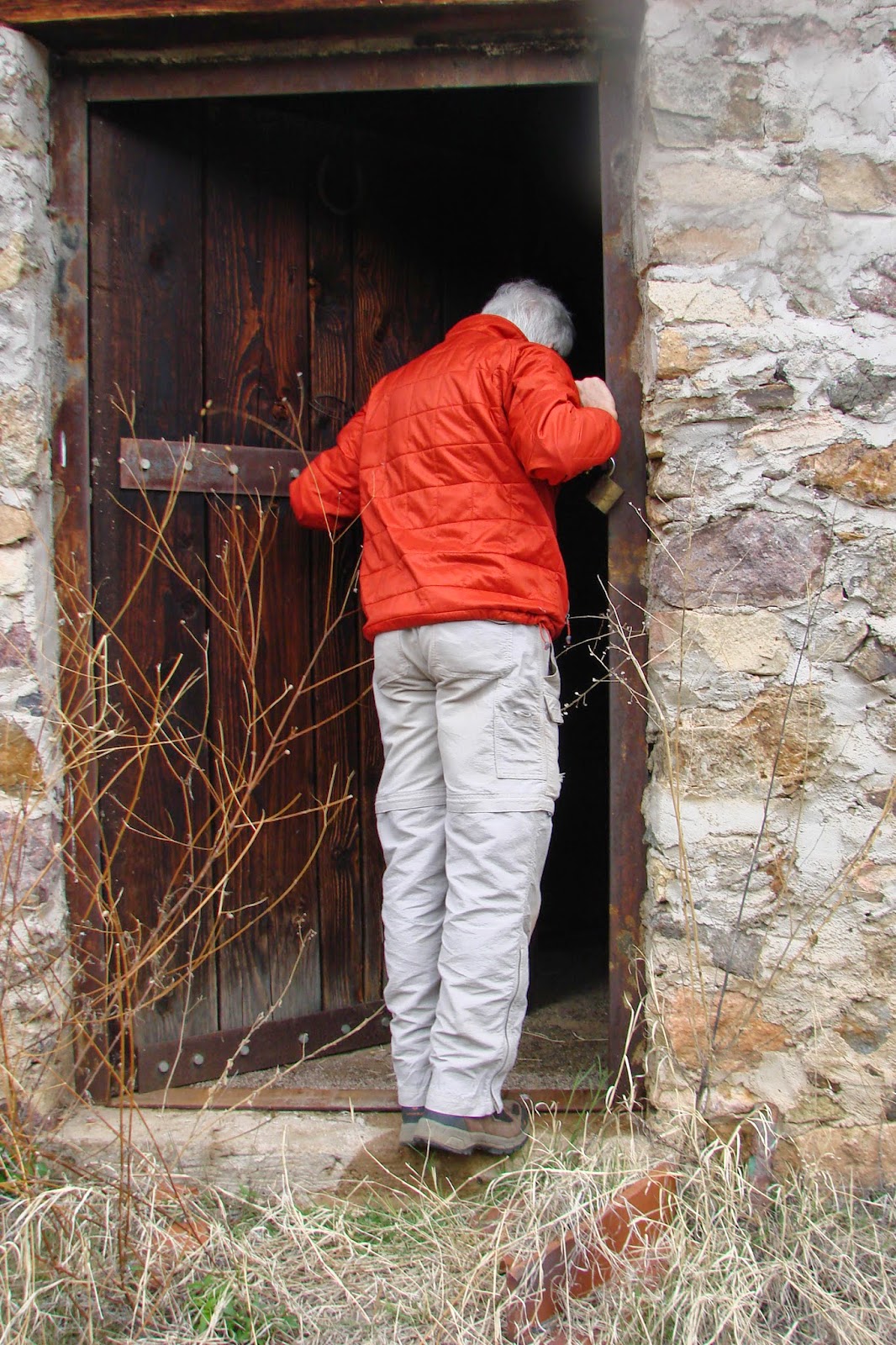 Impossible to resist, we had to see what was inside. 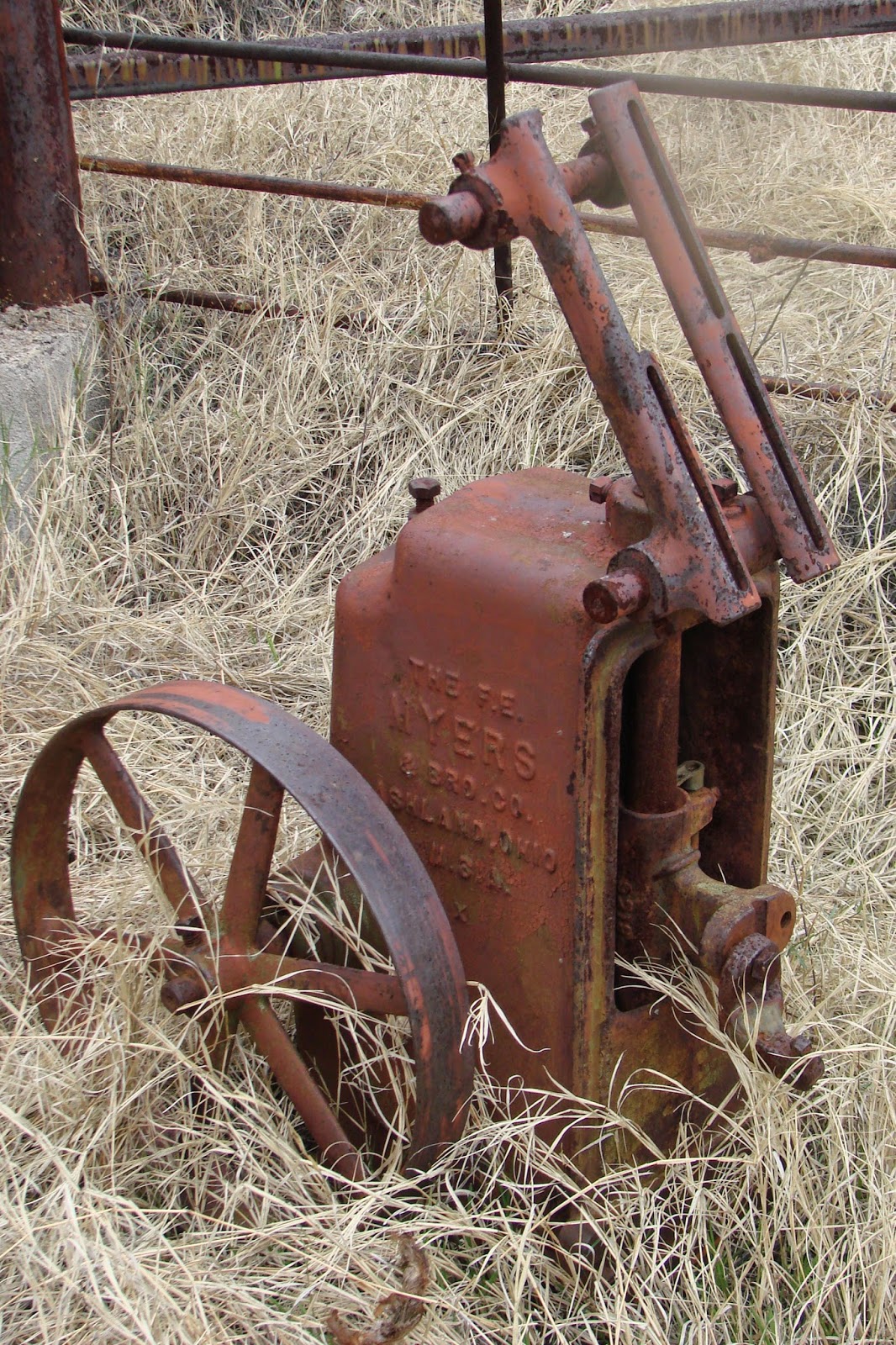 Next to the stone shed was a cattle pen with rusting mystery equipment. 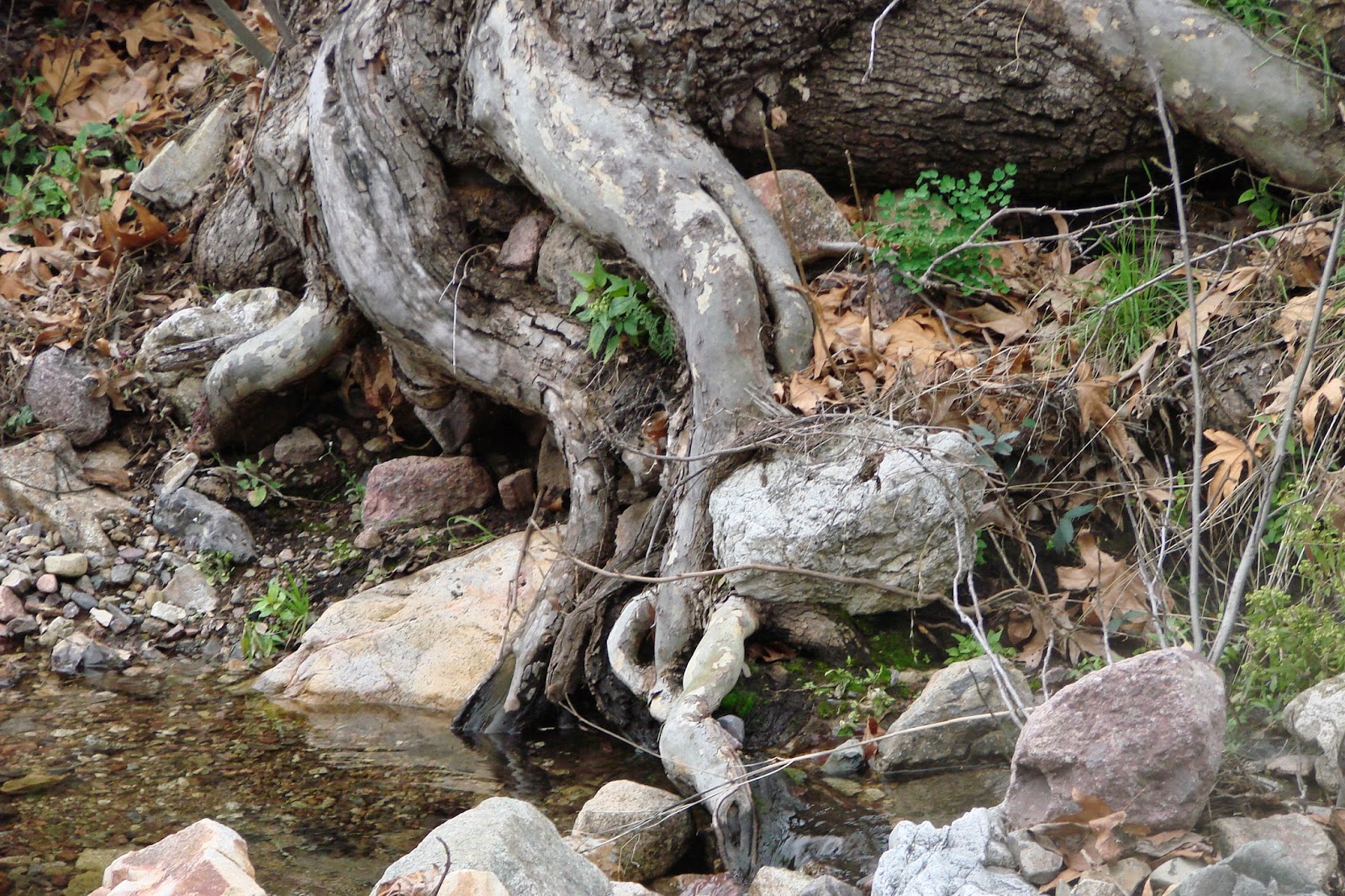 There were five of us on this hike - three in their 70's and two of us youngsters. Seriously, I have to love a group where I feel absurdly young. In fact, one of the men in our group responded to something I'd said with, "You're a good kid." 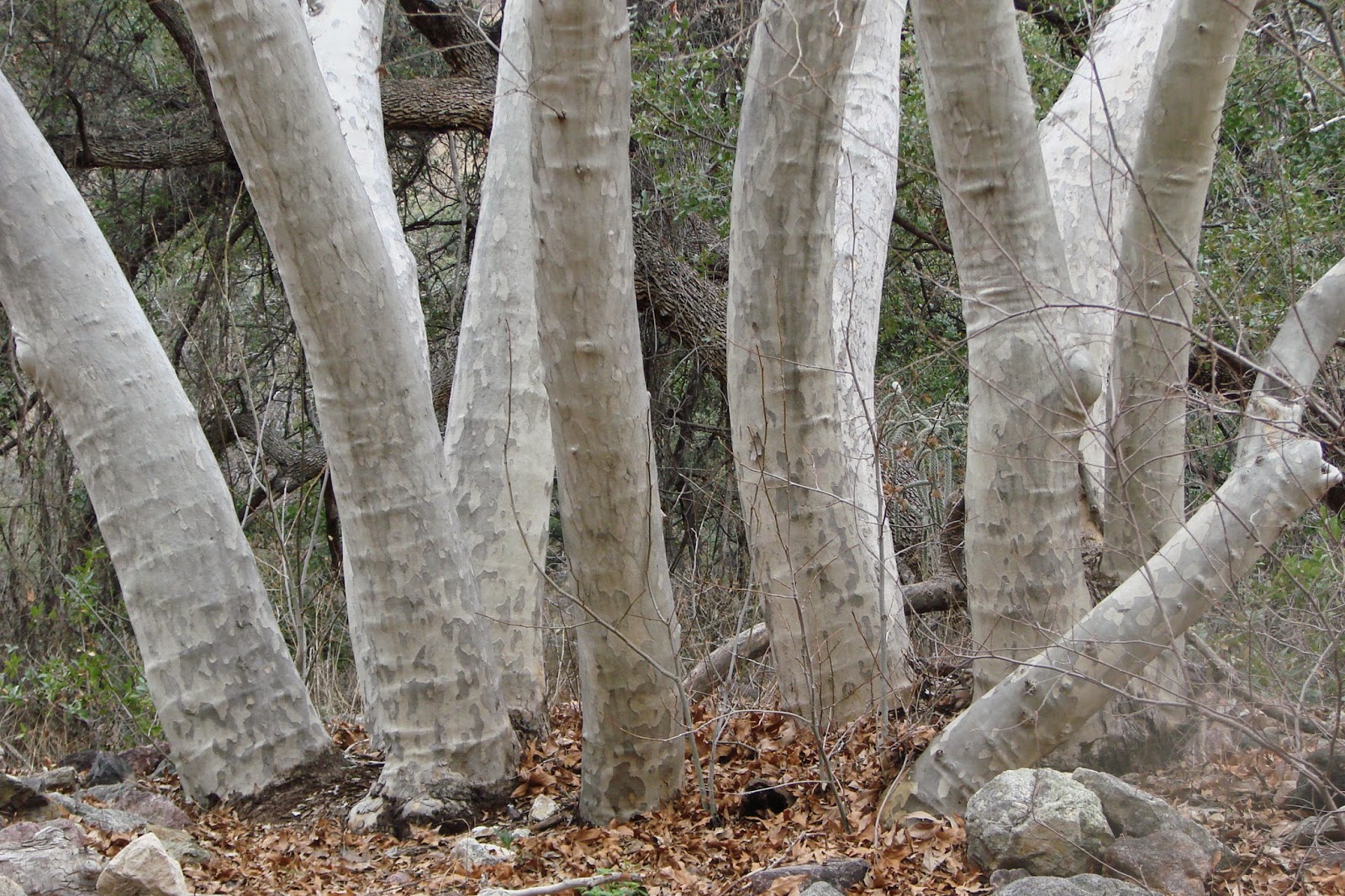 This stand of sycamores by the creek looked ghost-like to me. 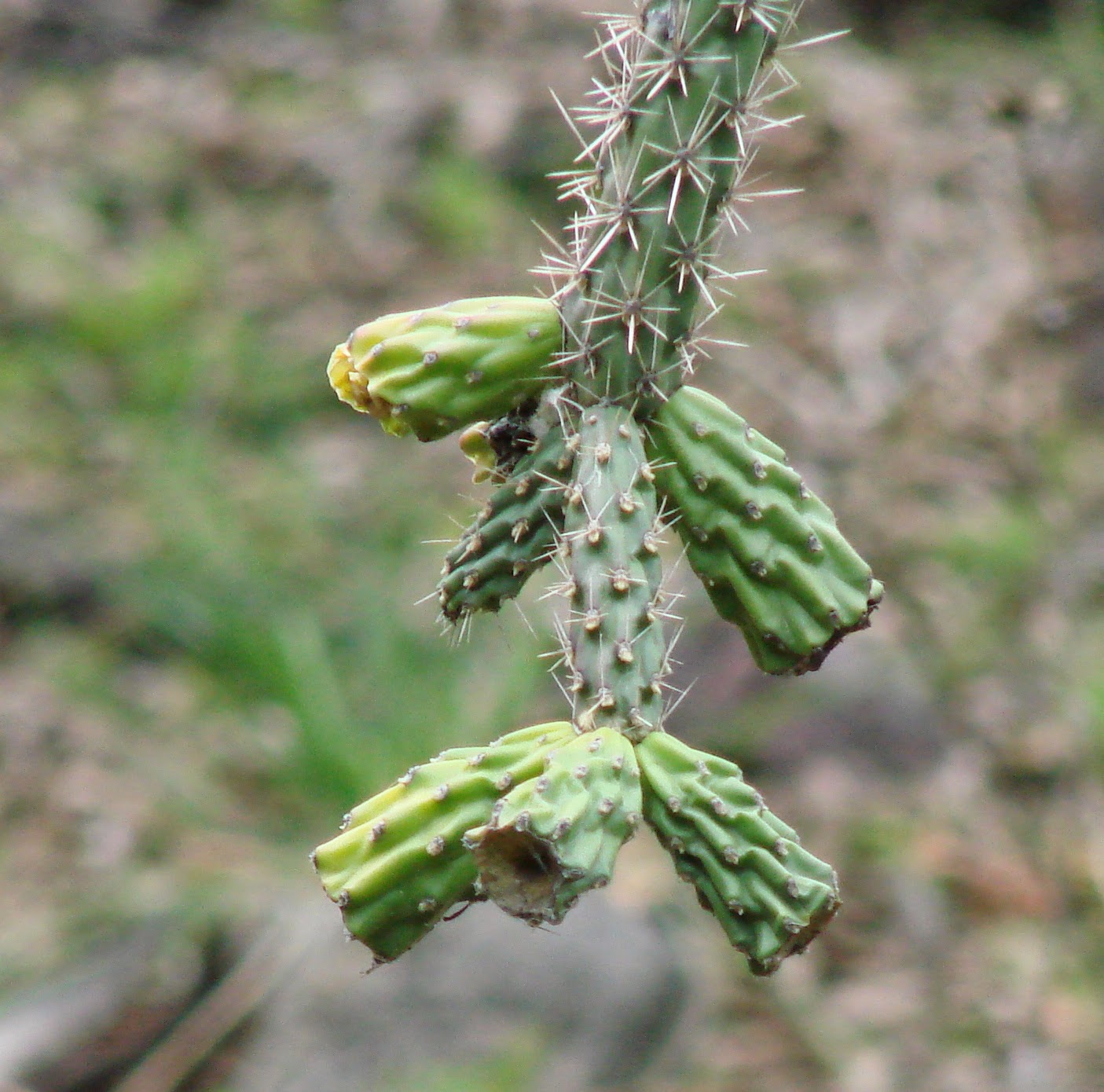 But the smooth bark was a rarity - most plants have spines. 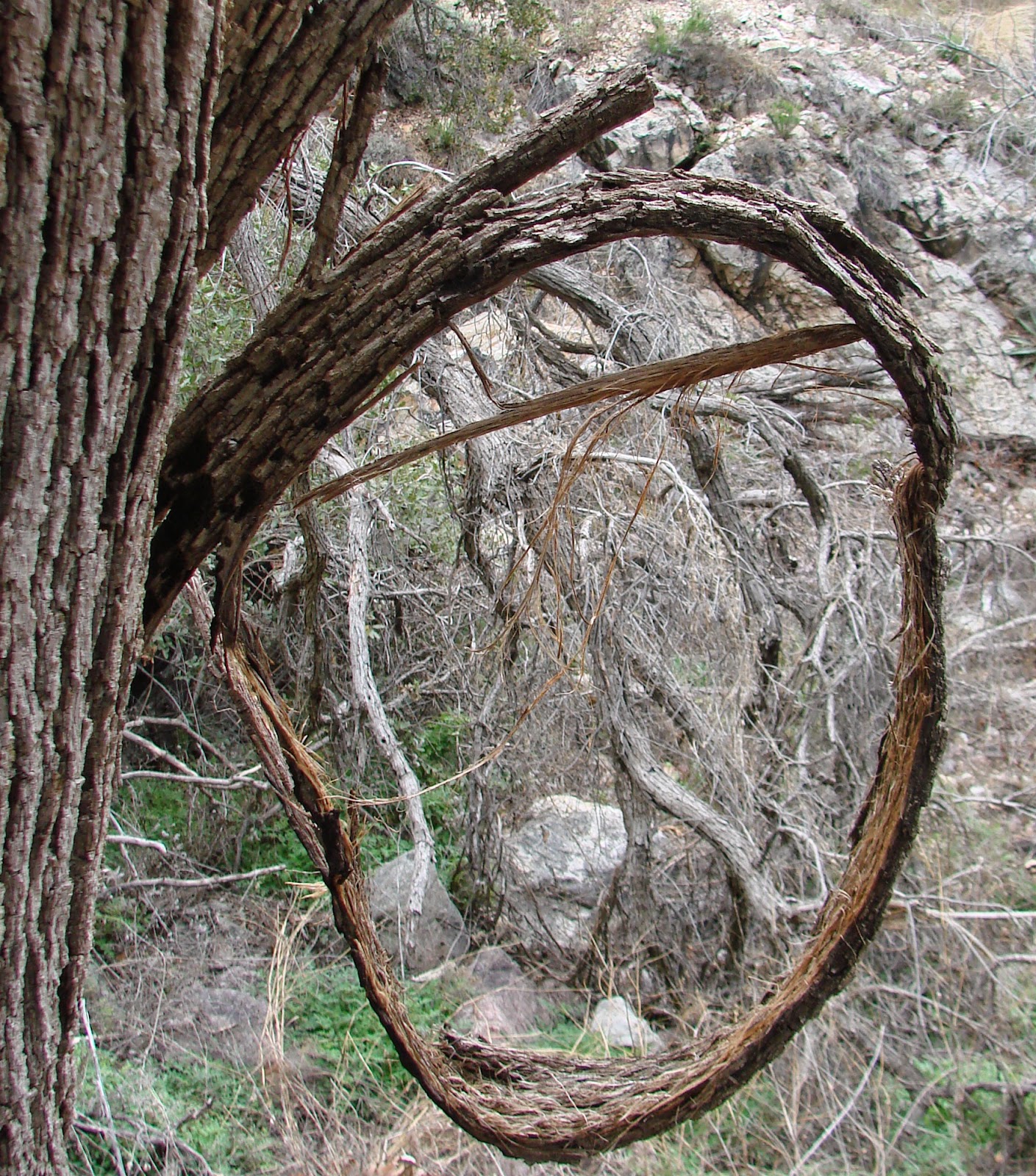 Brown's Canyon is what is called a "sky island" - one of a series of ecosystems isolated from others by altitude so that it houses unique species. 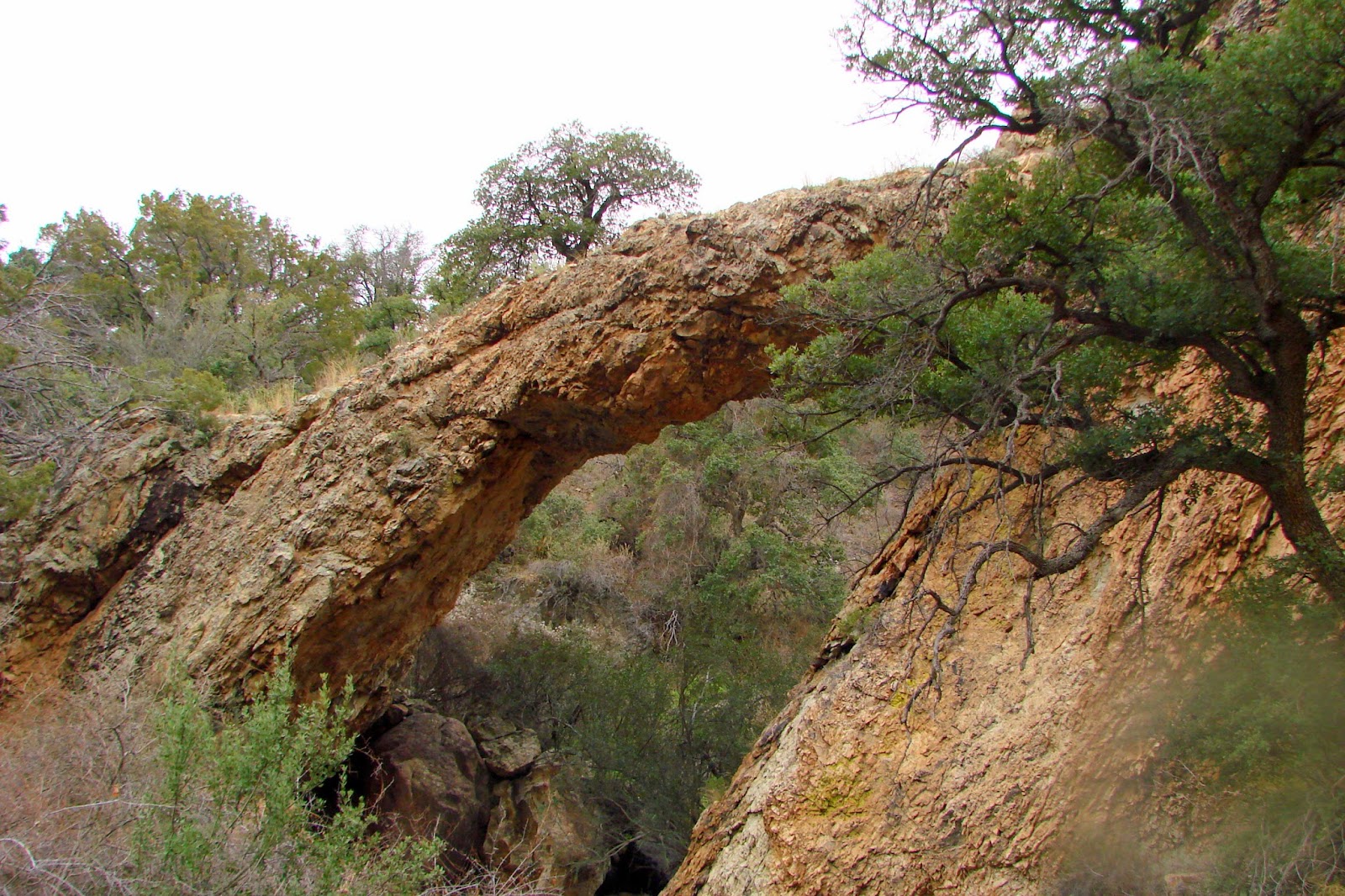 Our goal was the arch - a 47-foot natural bridge with a creek and pool running through it. 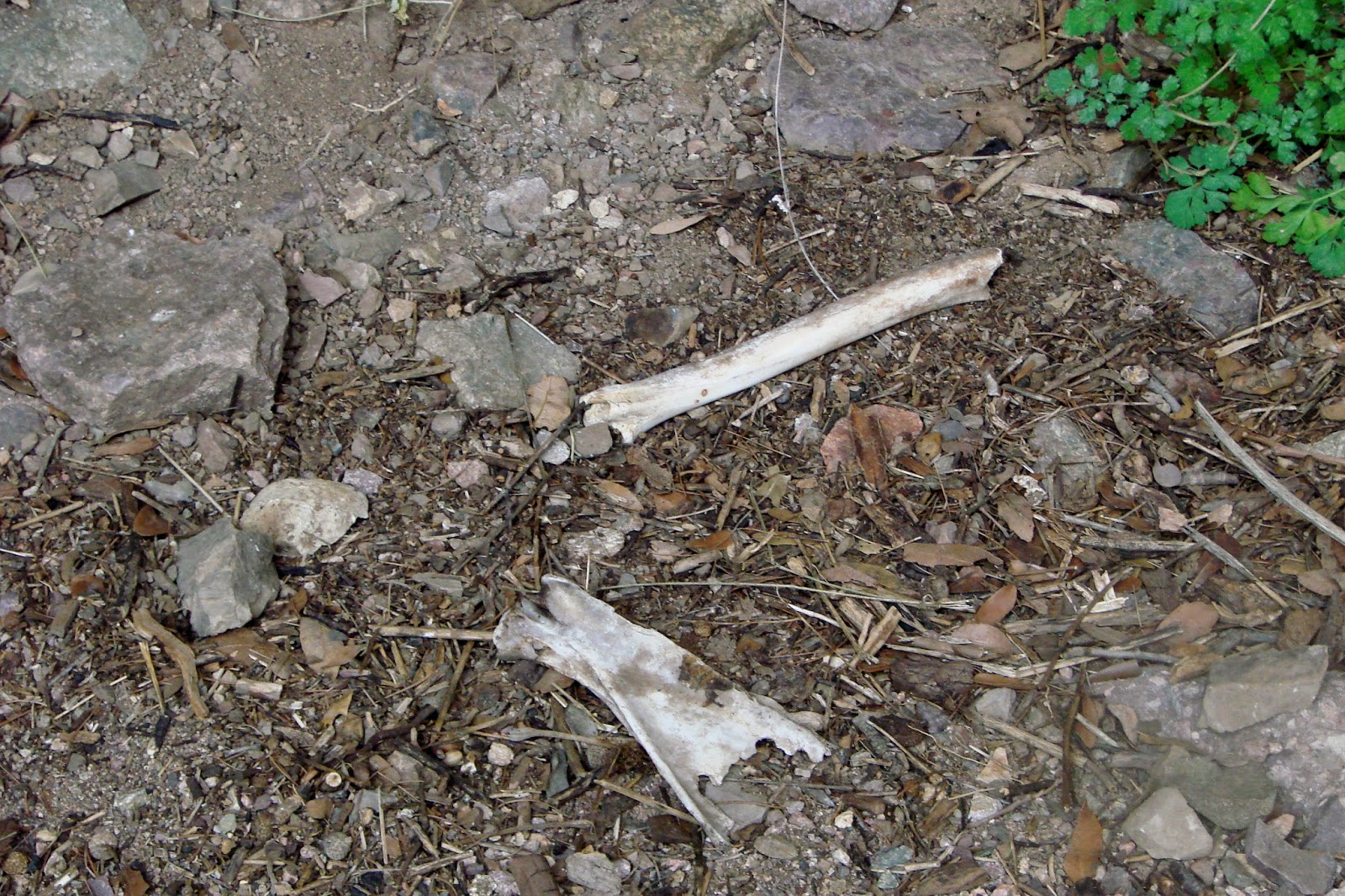 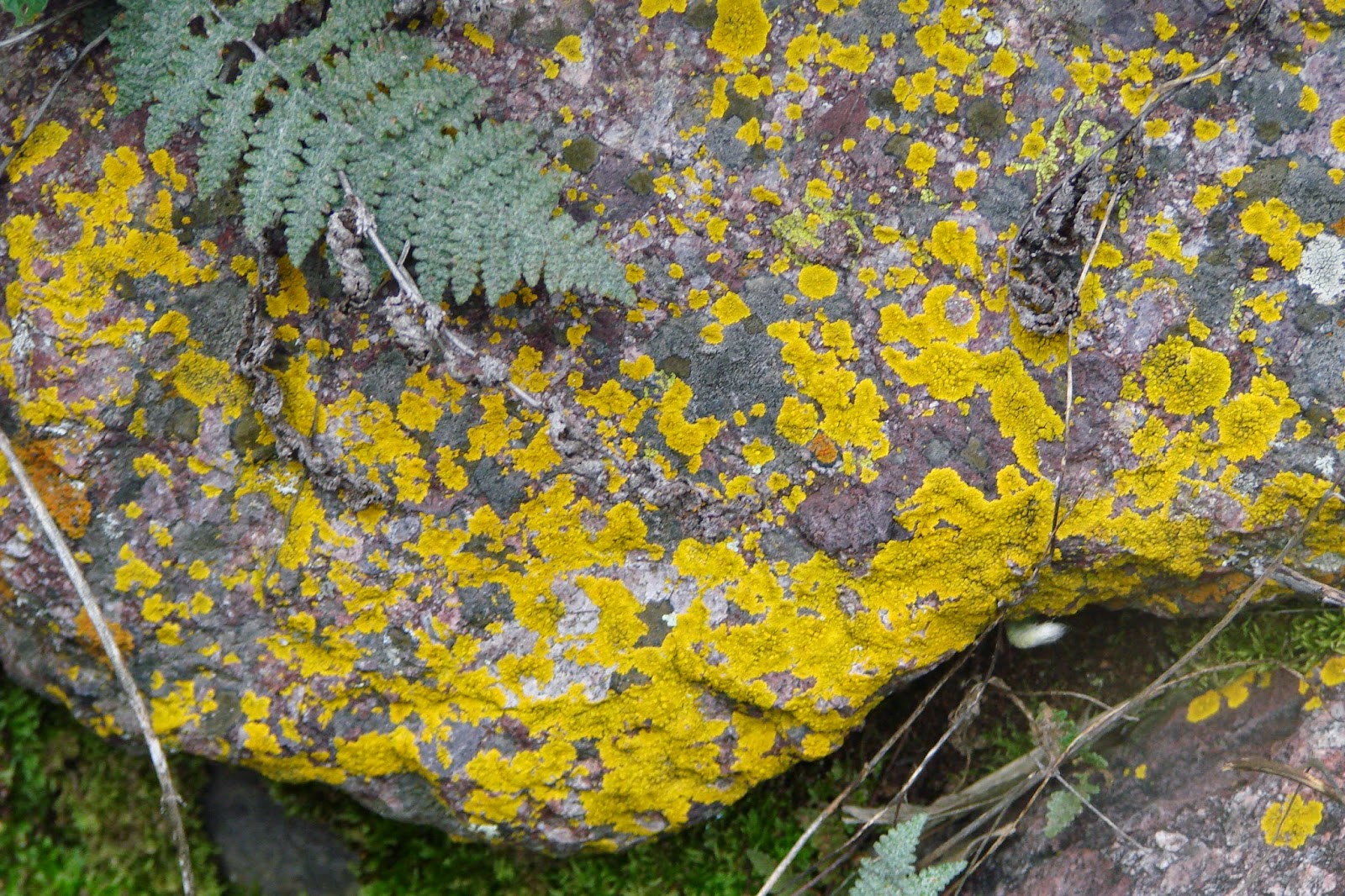 Normally you are only allowed to go up to the arch as part of a guided tour but as Refuge volunteers, we had free range. This meant we were the only group out for a hike. 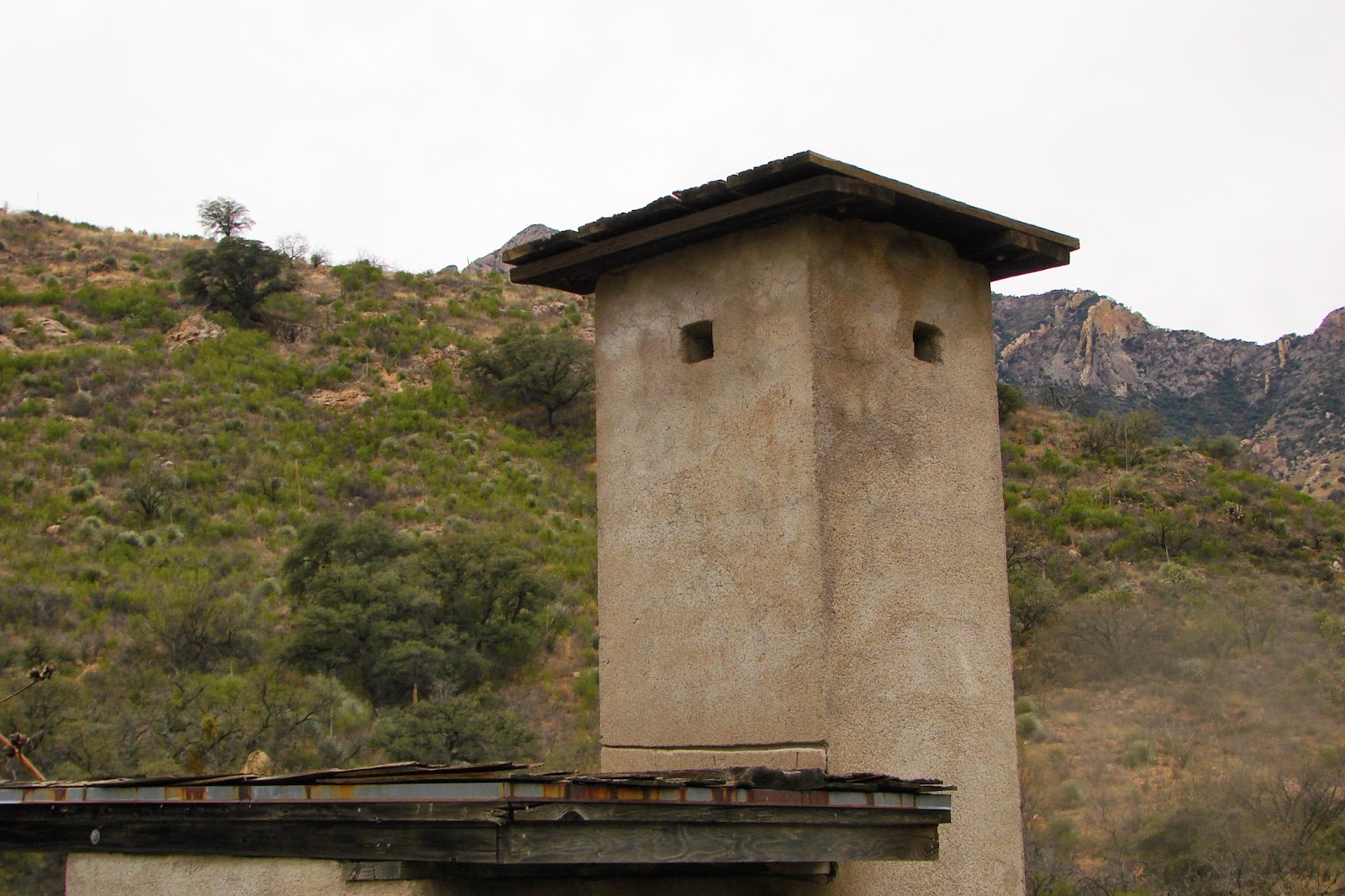 We walked back past this old farmstead.  It's pretty dilapidated inside, but I bet it would have been an interesting place to live. You'd have to be comfortable with isolation, though. 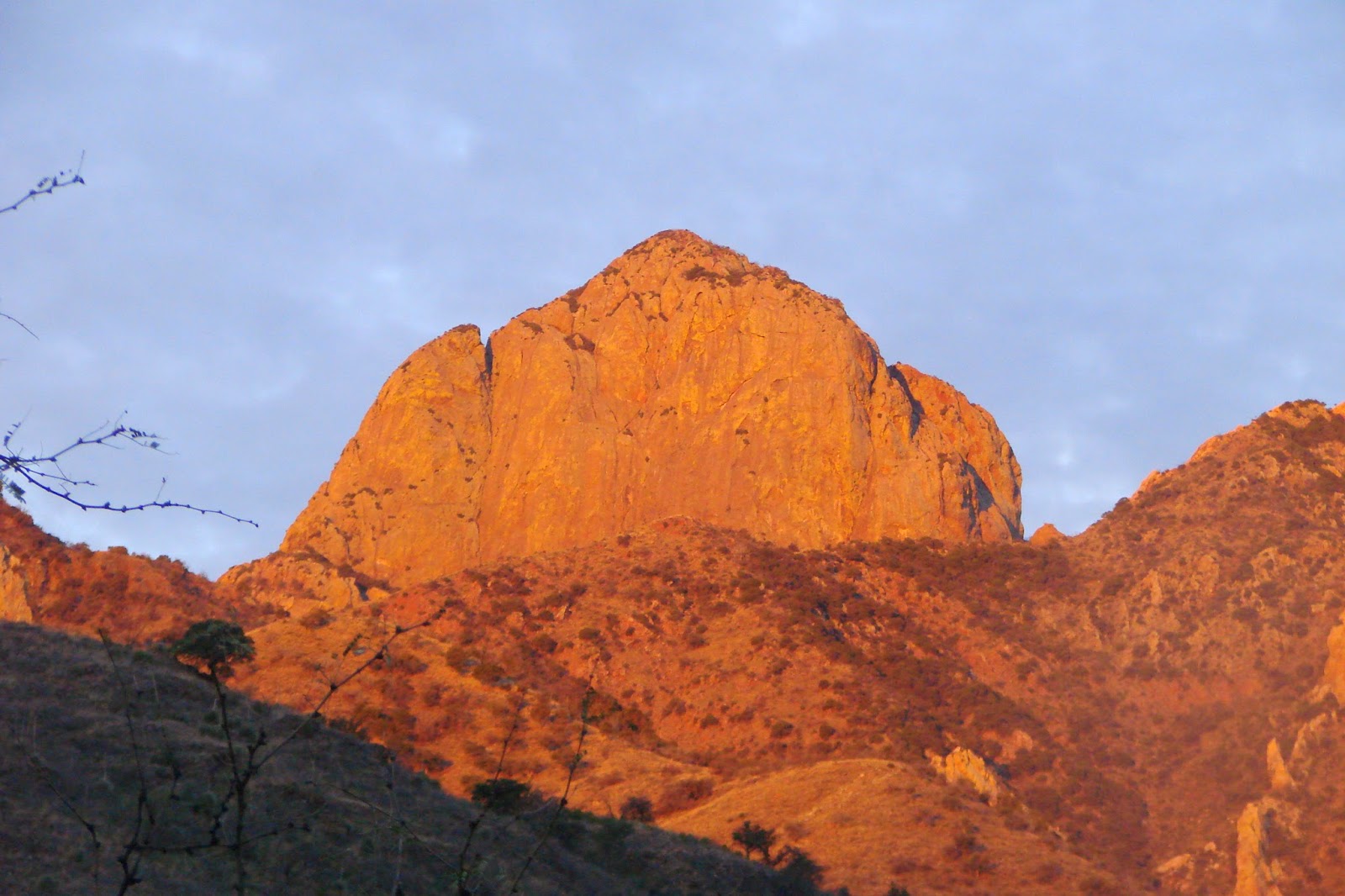 Baboquivari Peak in the evening light. I took this photo standing behind the lodge. I can see why the Tohono O'odham felt it was a sacred place. 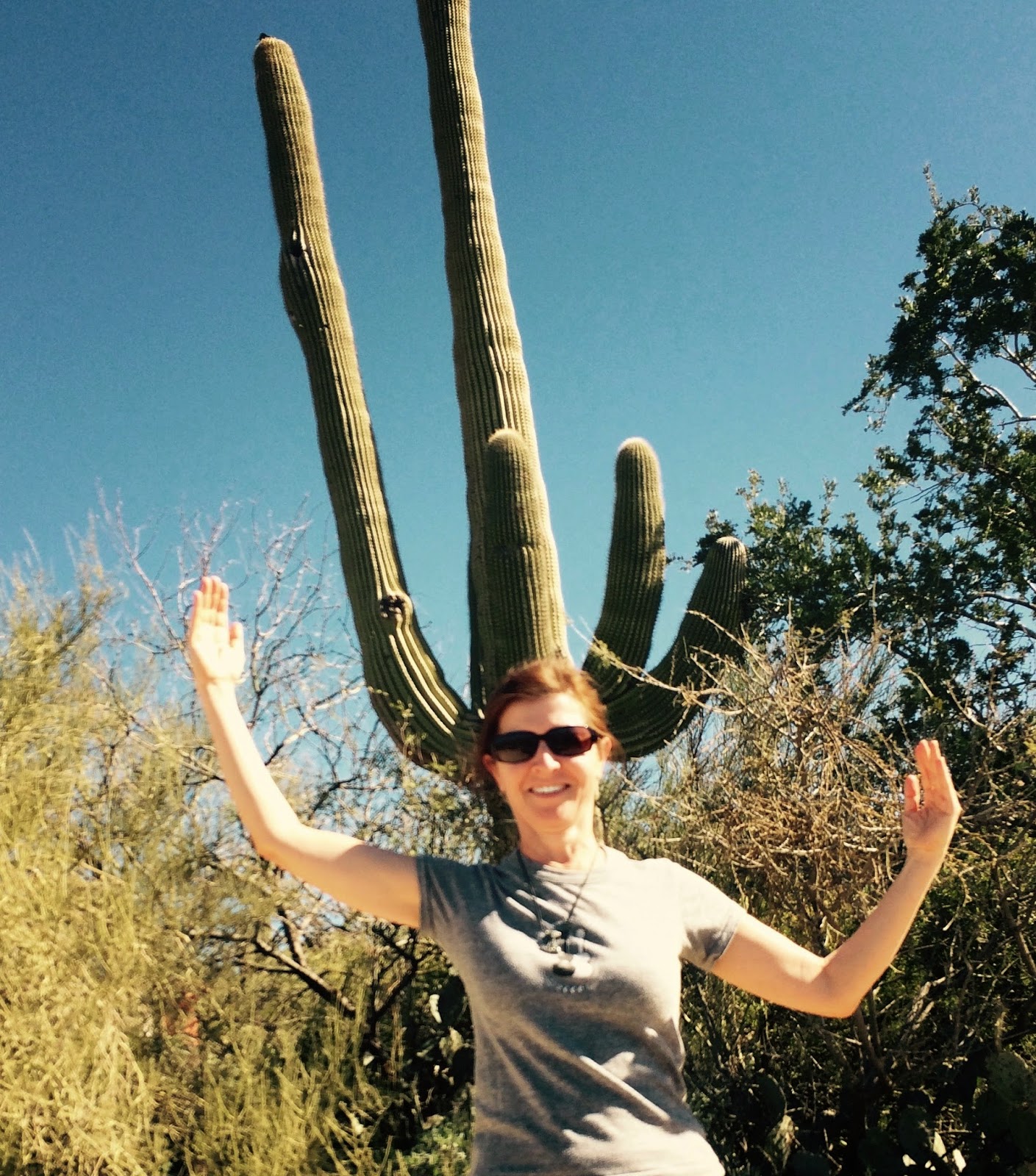 I came away from the week with a new set of role models for how to age right. They were a friendly, hard-working bunch who also knew how to have fun. I can't say that the desert is for me, but the trip - the work, the interesting new scenery, and especially the people with me - was absolutely worth it.
Posted by Secret Agent Woman at 10:32 AM