So, I'd mentioned that we had looked for fabric while we were in Argentina... 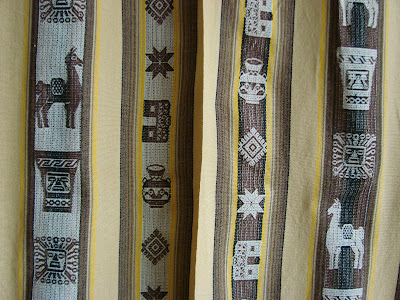 In a shop in Ushuaia, we found a stack of fabric rectangles and bought two matching pieces with a print featuring guanacos in earth tones that go well with our living room. I hung them up side-by-side at home with the second one backwards so that the pattern is in reverse. 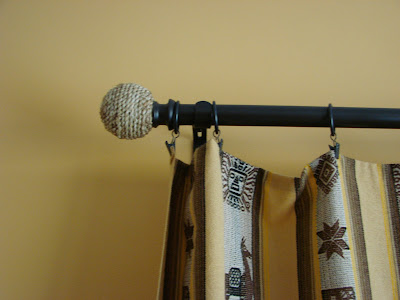 I sewed the edge down at the top, and attached clips to hang them from a curtain rod with jute-covered finials. 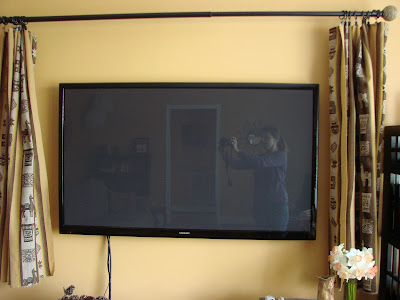 They now act as curtains which can be slid open to expose the television. (I didn't mean to get me in the photo.) 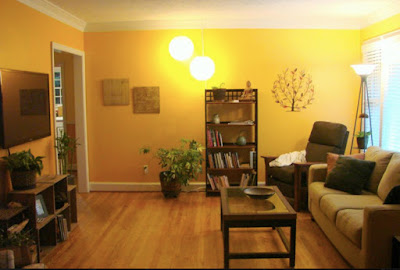 When I originally set up this living room, I had the television attached to the wall across from the big picture window in front. When it was sunny, there was a glare on the screen. And worse, it made the living room feel like a TV room, with almost all the seating facing it. Unless you were standing in the room or twisted around on the couch, you could not see out the window to the front yard. After Christmas, we took down the TV and moved it to the far wall and re-arranged the furniture and lighting to accommodate conversation rather than TV-watching. 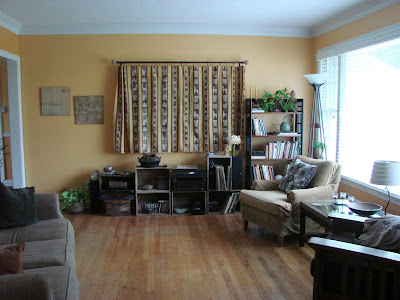 With the new arrangement, the television screen is no longer the focal point of the room.  We can see the front yard and watch the world go by from the couch. And, as a happy byproduct, we have found ourselves turning the TV on less frequently.
Posted by Secret Agent Woman at 8:24 PM