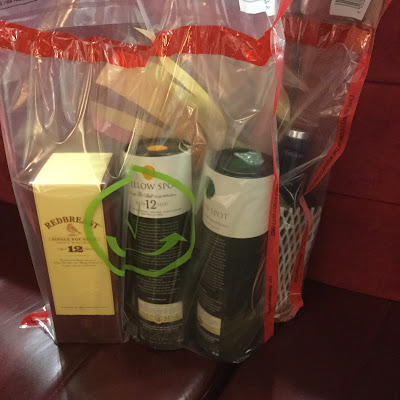 On our last morning, we drove from our cottage in Ballyvaughn  to the Shannon Airport. We'd decided to stop in the duty free shop to bring home a couple of bottles of whiskey. What we didn't know was that there would be a whiskey rep who would be pushing samples on us as we considered our options. Several shots later,  we walked out with the bottle we'd promised my son (we chose Green Spot for him), plus a bottle of Red Breast, a bottle of Yellow Spot, two small bottles of Dingle whiskey and a bottle of Dingle Vodka.  We stuffed them into our carry-on bags and boarded. The in-flight vegetarian meal was not bad - a spicy couscous with broccoli, fresh fruit, bread, and salad. Later they brought out honey and ginger ice cream. We were a little sad to be leaving but started planning our next adventure. 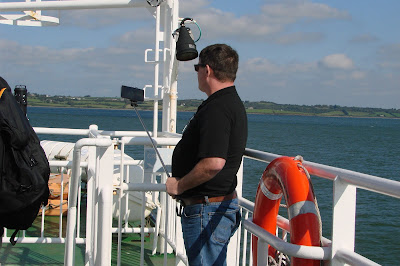 While we were there, we were a little stunned to see so many people with selfie sticks, especially at the tourist sites. This guy, for instance, took multiple shots of himself while on the Tarbert Ferry. All expressionless, which I found particularly funny. I can't see me ever owning a selfie stick, but now and again we did set the camera down with a timer to get a shot of the two of us together. I'll wrap up this travelogue with a set of photos we took while we were on our little private beach on Great Blasket Island: 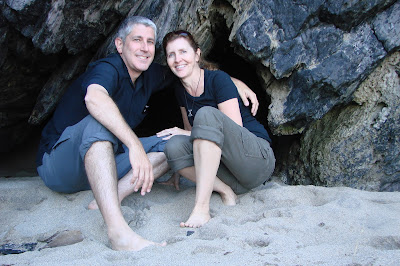 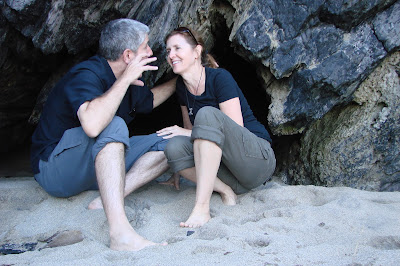 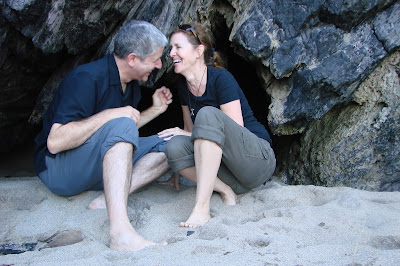 Posted by Secret Agent Woman at 8:22 PM No comments: