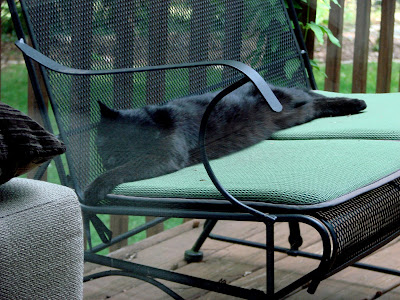 So, I posted the wedding and Italy trip and even blogged just a little beyond that. But then I lost the will to blog. Here's why: Two weeks after we returned, the poorly managed company my husband worked for eliminated several positions, including his. On the one hand, it was a good thing because the people who ran the business are ... how do I say this delicately ... not nice people. On the other hand, though, we got an up-close look at ageism in hiring. Finally, 15 weeks later, he landed a job he's very happy with and we both breathed a big sigh of relief. 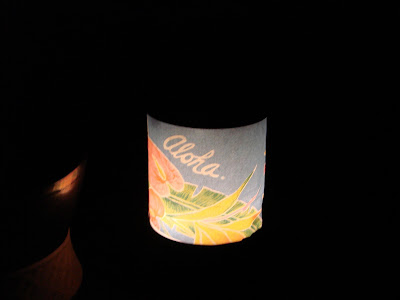 In the meantime, life went along. In early September my husband had a birthday. It was his 50th and we had a Hawaii Five-O themed party to celebrate. Just a small gathering of neighbors, who all arrived in tropical shirts and were greeted at the door by our younger daughter with flower leis. Weirdly, I took almost no photos of this event. But we threw ourselves into it, making luau-style food: chicken and broccoli teriyaki, shrimp, onion, pepper and pineapple kebabs on the grill. rice, sweet potato fries, and a salad with mango dressing. Tropical fruit with gingered cream for dessert, along with a pineapple upside-down cake my son and his girlfriend had made. We had pitchers of non-alcoholic fruit punch for the kids and non-drinkers and pitchers of a wickedly strong tropical sangria for the drinkers. 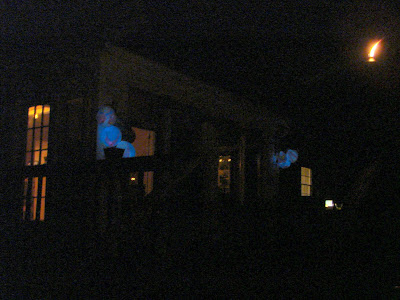 The decorations were tropical, too, down to the coverings on the mosquito-repelling lanterns. The food table had a pineapple, coconut and other tropical fruit centerpiece, and coral-colored canna lilies.We put up a paper flower garland, glow-in the dark balloons, tiki torches and candles. We all hung out on the deck, eating and talking and laughing until late. 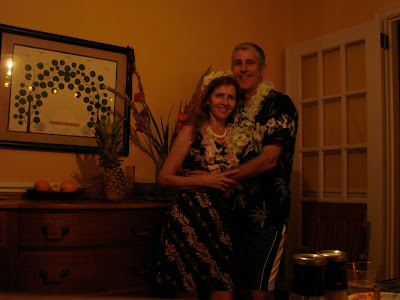 We got a cool Hawaiian shirt for my husband. And while we were visiting his mother, the neighbor who used to live in Hawaii brought over a dress for me. I altered it when we got home and so that it fits like it was made for me. It even gave me an excuse to haul out the shell necklaces I've had since I spent a summer in Hawaii as a teen. 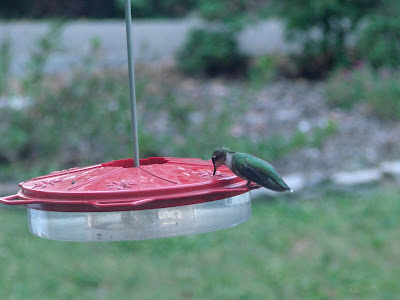 September seemed to fly by, although it has stayed very warm here. The last of the hummingbirds have only recently moved on. 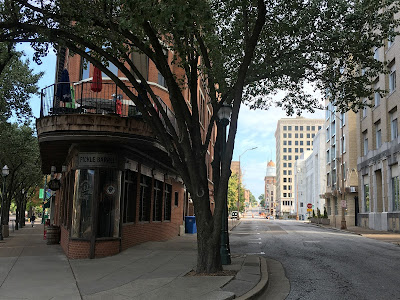 Right at the end of September, my husband got his job offer, and we decided to celebrate my birthday with an overnight trip to Chattanooga. It's a very walkable little city and also has a free trolley. We went across the river and had a beer on a patio overlooking the water and then headed out that night to spend a little time at a bluegrass festival. 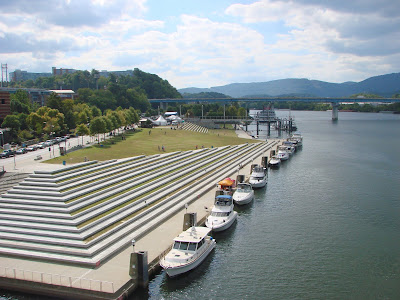 We had dinner at a wonderful seafood restaurant. The food was good but we had a garrulous waiter who managed to break the cork on the wine bottle as he told us a long story about how much he loves "wine tools," the various wine pulls he'd lost over the years and how this corkscrew was one he'd stolen from another server. In addition, he talked about his dream of becoming a professional gamer and of the elaborate tattoo he wanted that would cover his entire upper torso and involved Celtic knots, trees and an otter. He said that his girlfriend didn't approve of his plans for his career or his tattoo. He wrapped up by saying that maybe we'd meet in Ireland someday. I can only fall back on my Southern roots and say bless his heart. 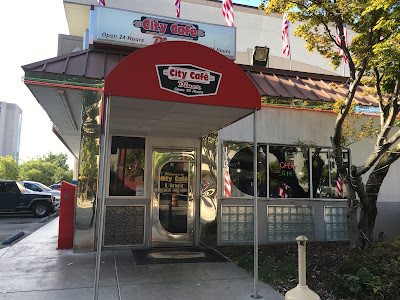 After a good breakfast at a diner the next morning, we headed on home. 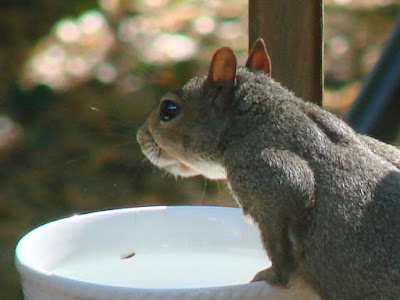 Even as October has passed, it has stayed unseasonably warm. Only a slight chill in the mornings hints at the approaching winter. In spite of the patrolling cat, the fearless squirrels venture onto the deck to drink from Hodr's water bowl. 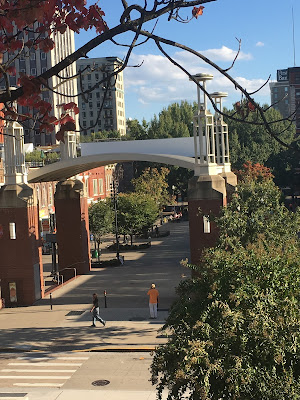 We try to take advantage of the glorious weather as often as possible, going for walks or heading to the square for an occasional drink. 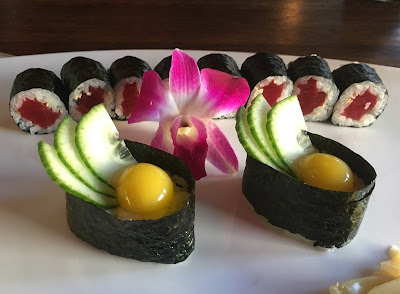 At one place we got a snack with our drink, tempted by the quail egg sashimi. I have no idea what I thought that was going to be, but the sight of the raw eggs surprised me. Thankfully, it was far more delicious than I'd have guessed. 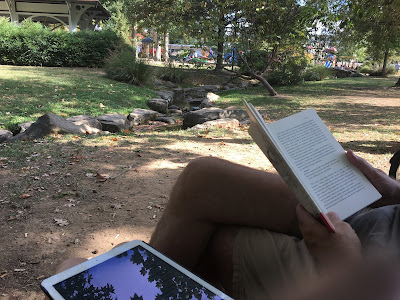 We also take our bikes out now and again to ride down to the park and read in the shade. And of course, there's always work in the yard. That's something that never grows old for me. 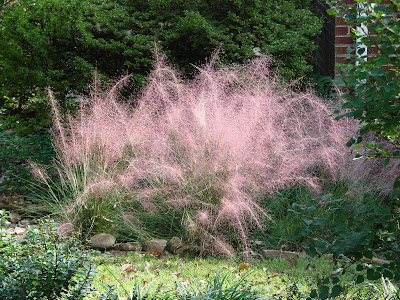 Things are back on track, life has settled into a more normal pace, and I am determined to blog again on a semi-regular basis. I'll be around visiting as soon as I can.
Posted by Secret Agent Woman at 3:27 PM No comments: