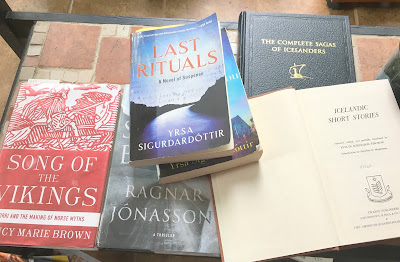 My reading of late has had a definite focus - Norse sagas, Icelandic murder mysteries, books about Vikings... 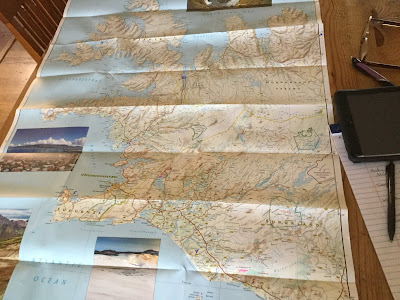 In addition, I've been using an app called Drops (no Icelandic on Duolingo, Ron!) to teach myself Icelandic vocabulary, mostly so I won't mispronounce places like Þingvellir, Garðabær, or Eyjafjallajökull. I've learned to roll the r in Reykjavík, know how all the accent marks affect the vowels and which of three sounds a p makes depending on its position in a word, and pretty reliably remember how doubling a consonant changes the pronunciation. We have all the places we're staying booked, a 4WD vehicle reserved, and flights in hand. It's going to be cold and sometimes rainy, but beautiful. I am more than ready to go. Sjáumst!

In the words of Oðin, from the Elder Edda:
"Who travels widely need his wits about him,
The stupid should stay at home."

Posted by Secret Agent Woman at 1:52 PM No comments: 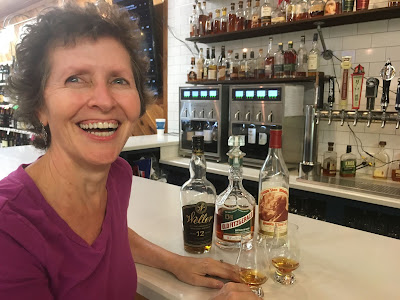 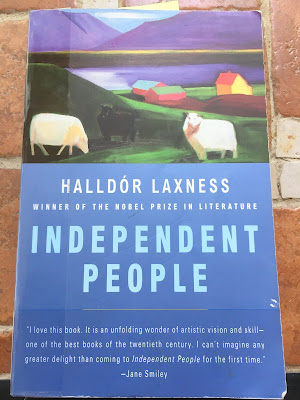 
Posted by Secret Agent Woman at 5:03 PM No comments: