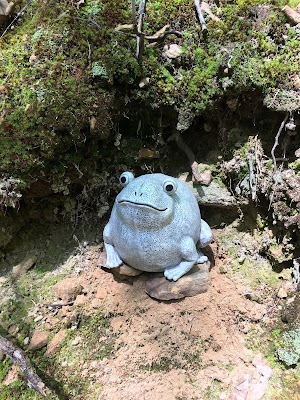 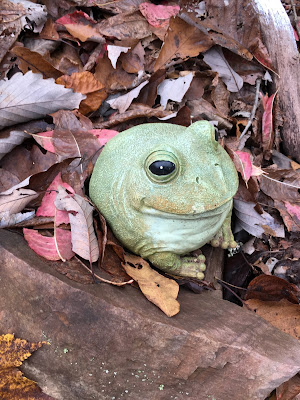 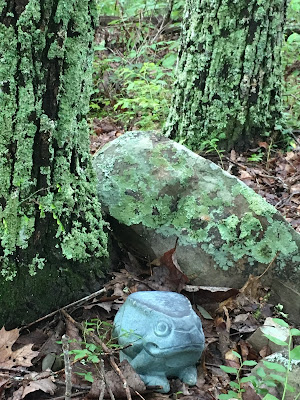 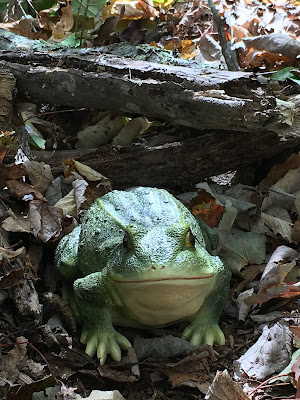 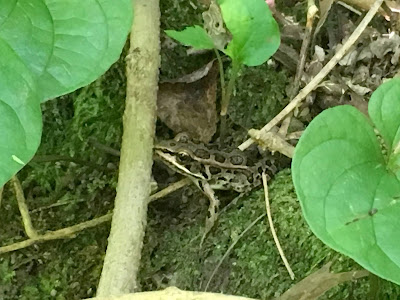 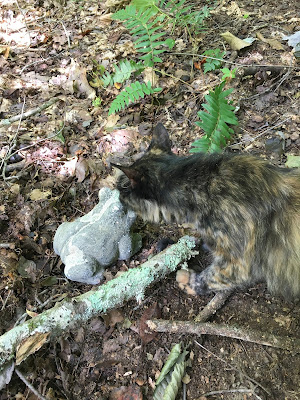 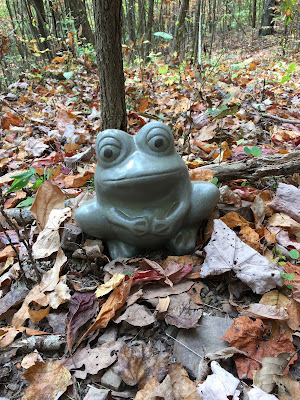 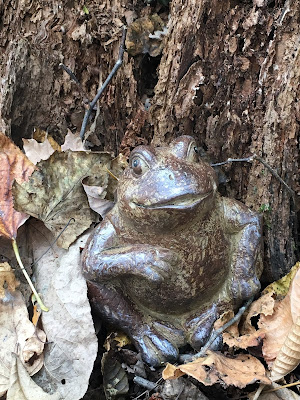 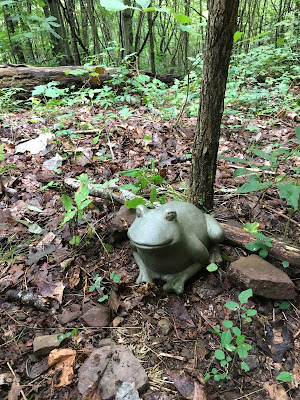 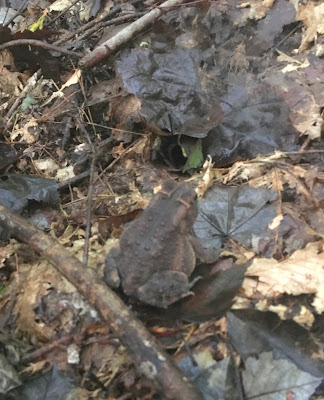 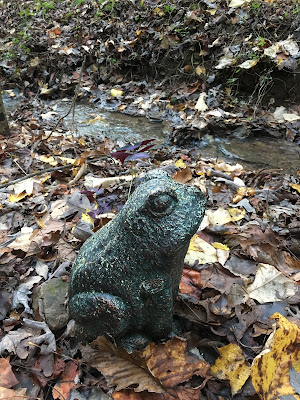 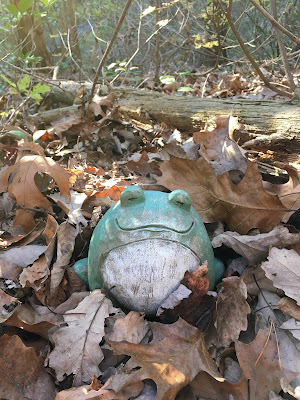 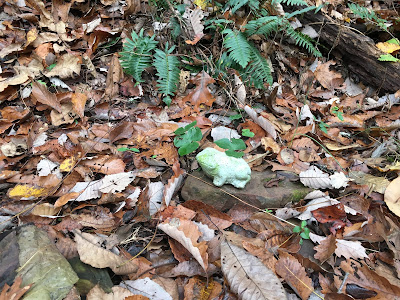 And a little frog at the very beginning of the East Ridge Trail, right inside the gate to the logging road/driveway. I still have a couple of spots that need frogs, but our next step is making trail signs to go with them.
Posted by Secret Agent Woman at 9:59 AM No comments:

Maybe there's hope after all.

I generally don't write about politics here the way I do on facebook, but this is an extraordinary circumstance. Earlier this month we stood in line for an hour to vote, and then waited. On Tuesday I stuck a bottle of champagne in the fridge, hoping against hope we'd have cause to crack it open, and then waited. It's been a long week. Not surprisingly, Trump has been demanding that every vote be counted in states where he was losing and that the vote count should stop in states where he was ahead. He has, without a shred of truth, declared that there was widespread fraud in states where he lost. He has filed lawsuits and made clear his intent to fight the results. He has refused to concede and has even claimed that he has won. The man is a fucking lunatic and an insanely sore loser. 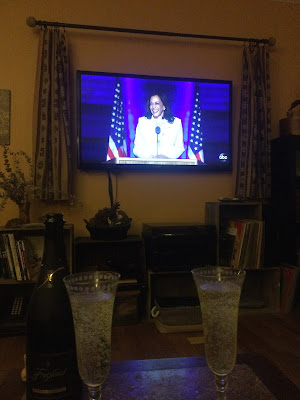 The margin was far too narrow for my comfort, but we did it. We cracked open the bottle of champagne to watch the acceptance speeches. First, there's the wonderful, historic win for what will be the first female Vice President, first Black Vice President, first daughter-of-immigrants (Jamaican and Indian) Vice President. I found myself thinking about how glad I was that the first female VP wasn't Sarah Palin. [Side note: I liked John McCain. I think he was an honorable guy. As much as I wanted Obama to win, I would not have been devastated if McCain had won EXCEPT for the fact that he chose a nutjob as his running mate.]  Anyway, the little girls in this country are watching and they got to see the possibilities for themselves expand today. I cried listening to Kamala Harris's acceptance speech and hope she gives me reason to want to vote for her when she runs for President. 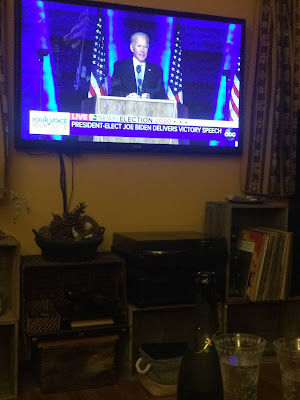 And look, Joe Biden wasn't my first choice. I mean, he's yet another old white guy in charge. But I do believe he is a genuinely good person and I know this: He won't be egging on white supremacists. He won't be bragging about sexually assaulting women. He won't be pandering to the Evangelicals while not being remotely religious himself. He won't be having immigrant children ripped from their parents and kept in cages. He won't be trying to undo the gains made by the LGBT community. He won't be spending millions of taxpayers' dollars to play golf every bloody weekend. He won't be funneling money to his own private businesses. He won't be bragging, endlessly and without merit, that he is better, smarter, taller, fitter, and saner than anyone else has ever been in the history of the world. I could go on, but you get my drift. Joe Biden and Kamala Harris have their work cut out for them and have a lot of damage to try to fix. But I suspect much of the world is breathing a big sigh of relief along with me.

Posted by Secret Agent Woman at 5:32 AM No comments: