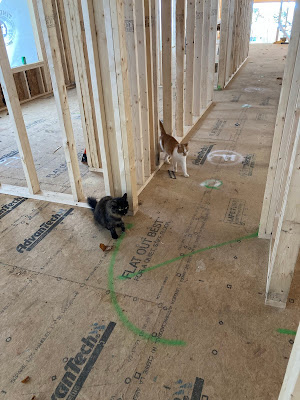 Every time I go up to the house, the cats follow and do some exploring of their own. Today while I was there, a rufous-sided towhee flew in, got discombobulated, and crashed into a window. I was sure it was dead. I left to grieve, and when I went back, it had come to its senses and was on the sill, trying desperately to get out. Something that did not go unnoticed by Tumbleweed, who bolted in for the kill. I scooped her up and ran her down to the tiny house, then grabbed a towel out of the back of my car and sprinted back. I was able to capture the little bird in the towel and release it outside, where it flew off into the woods. Tumbles stalked around for a while after that giving me the stinkeye. 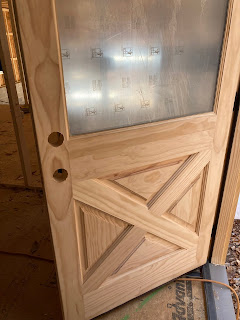 The exterior doors are in now. This is the back door. The windows on the doors still have a protective film so they can be stained. 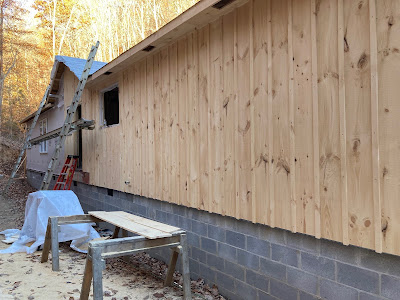 And the back of the house. This is board and batten siding, which has a nice rustic feel to it. It will be stained the gray of old barns. 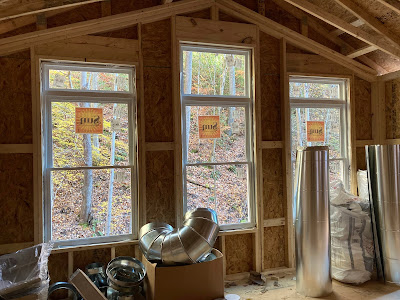 Living room windows (and various parts for the heating and air system.) 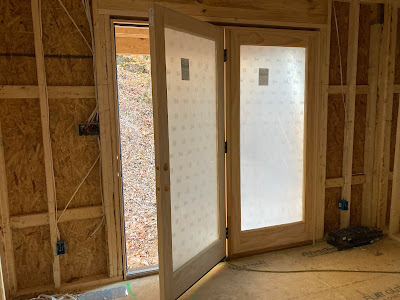 And the front door, from the dining room. It's a fixed door French door - so only one side opens and the other functions as a window. There is an identical one in the master bedroom all the way in the back. 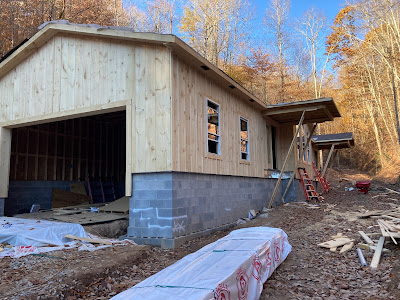 And the front of the house. The battens haven't been installed yet on the two ends. Those first two widows are in the garage and there will be a covered porch over the front door, and a little screened-in porch off the master bedroom. Weather permitting, that's where I plan to drink coffee in the mornings. 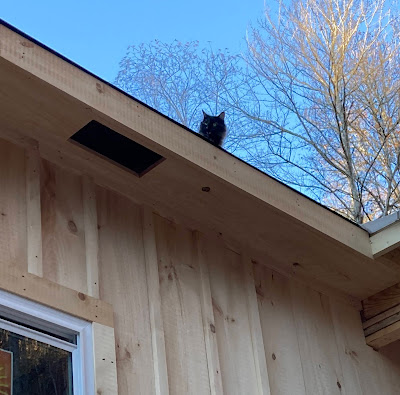 Tumbleweed is as good a climber as she is a hunter, so she has discovered the roof. It's a little unsettling to look up and see her staring down at me. The inner structure for the fireplace got delivered this morning, so that should be going in soon. And all the inspections have passed, so next step is insulation and drywall. A little closer!
Posted by Secret Agent Woman at 4:36 PM No comments:

Obligatory fall photos in the neighborhood. 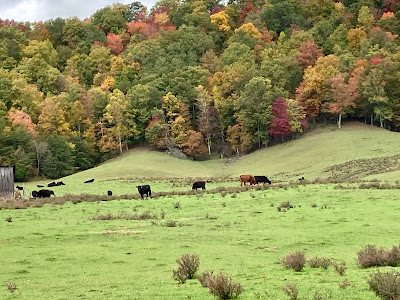 Driving out to our property, we pass a "Century Farm," which means the family has been running a farm there for at least one hundred years. You can't see it, but our place will be the next ridge over. 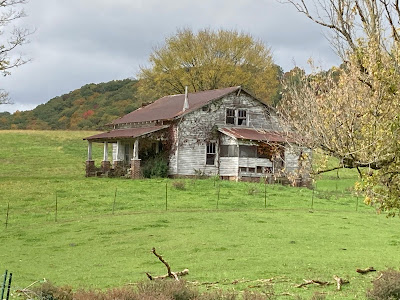 This is an abandoned house on that farm. I'm assuming it was the original farmhouse. 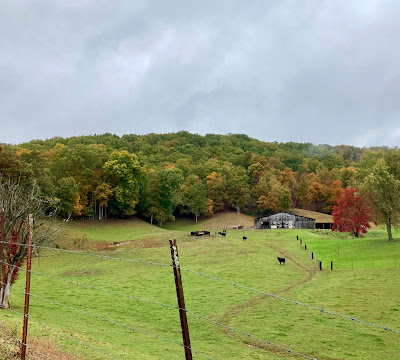 Another farm. This one is on our road, getting close to our land. 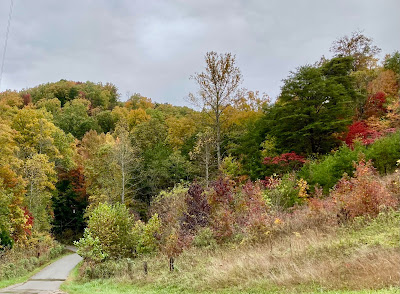 Our driveway is at that bend ahead, and the ridge behind is the western boundary of the property. 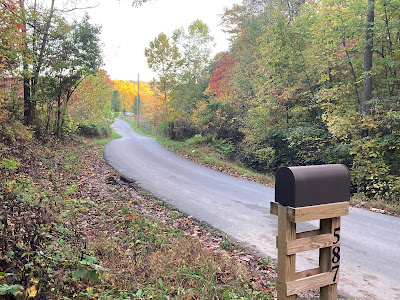 Looking up the road from our driveway... 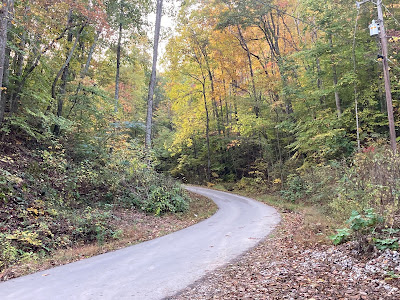 and down the road from the driveway. The property ends just around that bend. 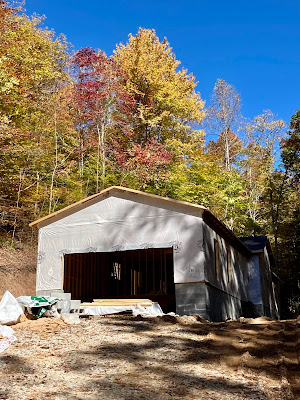 Looking up the driveway at the newly-wrapped house. 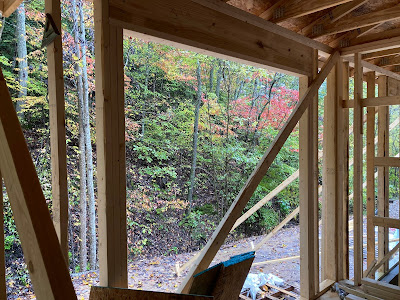 The view from what will be the front door. 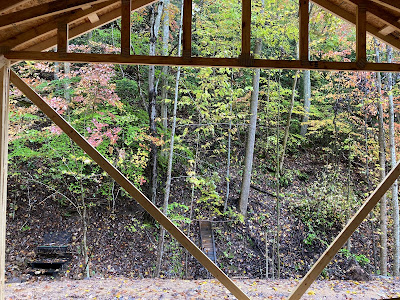 And the view from what will be the living room windows. I am so looking forward to sitting in here and watching the seasons change.
Posted by Secret Agent Woman at 3:02 PM No comments: