Well, that was a surprise. 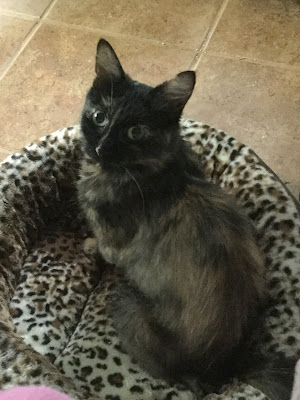 Remember this dainty little feral cat? Tumbleweed became comfortable with us so quickly it was hard to believe she was a feral. But she's not so tiny any more. 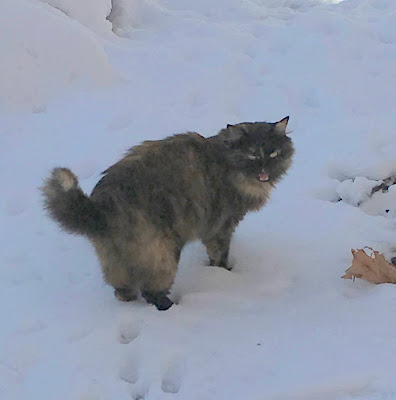 In fact, she seems to get bigger every time I see her.  Unlike our cat Hodr, who begs to come in when it's cold, she is so well insulated that she seems happy in the snow.

This is not my cat. I saw this photo online and was struck by how much it looked like Tumbleweed. I followed the link and discovered it was a Maine Coon cat. And that lead me to reading about them and it all started falling into place. Maine Coon cats, it turns out, were bred in Maine to withstand the cold winters. They have a silky overcoat and a fluffy undercoat, with a particularly dense coat on their bellies and backsides to protect them against the snow. Maine Coons also have a distinctive furry ruff around their necks, bigger tufts of hair in their ears than other cat breeds, and fat fluffy tails. It's as if they were describing my cat. Maine Coon cats are fierce hunters but super affectionate. I cringe a little at the number of chipmunk tails and deconstructed birds I have found in the shed where Tumbleweed sleeps. And yet, she is one of the friendliest cats I've met, throwing herself into any available lap and demanding belly rubs. 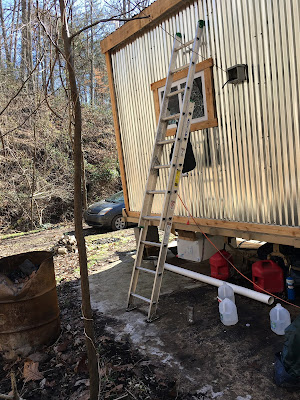 And then there is their personalities, which are described as "dog-like." I have often said that Tumbleweed is part dog. She runs to the gate to greet us when we drive up and will even go on hikes with us, trotting along the trail. If you call her, she runs to you instead of doing that cat-thing where they turn their heads away from you to make sure you know they are intentionally ignoring you. My younger son told me that she climbs this ladder every morning to stare into the window at him, waiting for him to come out and greet her. Maine Coons are very vocal, with yowls and chirps, and it was her calling to us from the woods that first alerted us to her presence. 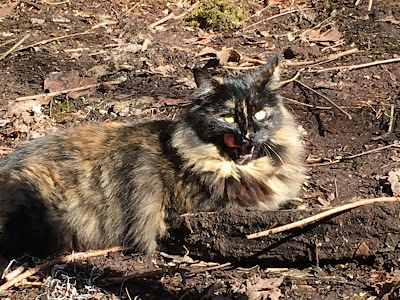 Who knew?  Looks like we've got ourselves a fierce, affectionate, talkative, dog-like fluffball of a Maine Coon cat on our hands, neck ruff and all.
Posted by Secret Agent Woman at 10:11 AM No comments: 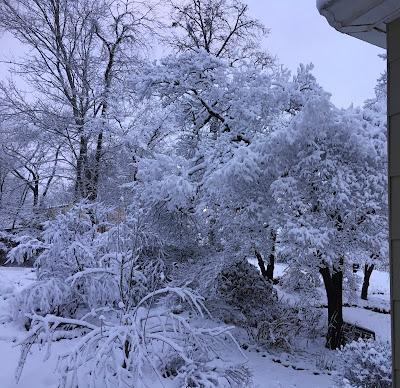 Anyone else had their motivation sapped by the pandemic? Well, new year, new start, right? And I'll begin with an unusual snowfall for us. In this area we rarely get a white Christmas anymore.  But this year, for the first time since 2010, the snow started falling on Christmas Eve. 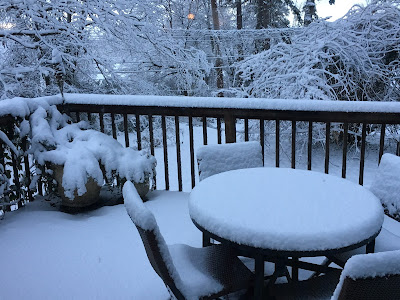 And kept falling throughout Christmas Day. As much as I don't like cold weather, I do love the look of freshly fallen snow. 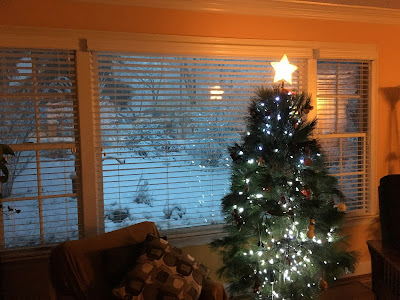 My older son wasn't able to be here for the holidays. He was traveling from his second externship placement in Minnesota back to Memphis, to finish up his optometry program. His placement was at a hospital on an Indian Reservation and lasted until a couple of days before the holiday and he told me he wouldn't have time to quarantine. I haven't seen him since last Christmas and miss him terribly. We did have my younger son and my younger stepdaughter, and spent the long weekend eating, playing games and watching movies. 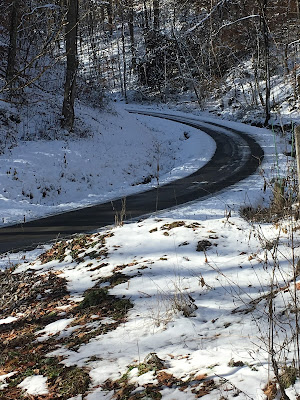 A couple of days later, when the roads were clear again, we hopped in the truck to go feed the cat and see what the property looked like with snow. Our little road hadn't been plowed but enough had melted away to make it safe. 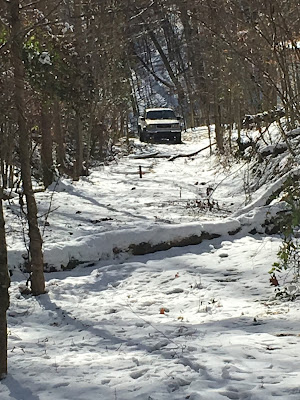 The property itself is pretty heavily shaded so there was still a lot of snow left. 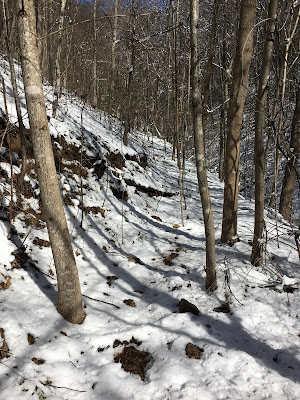 We decided to take a short hike, walked up the main logging road. 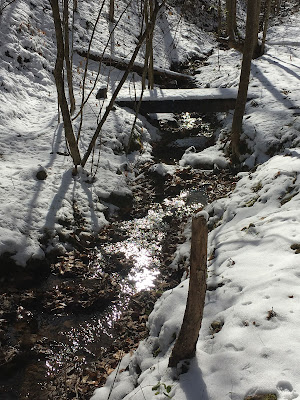 The creek was running with snow melt and the place felt magical and peaceful. 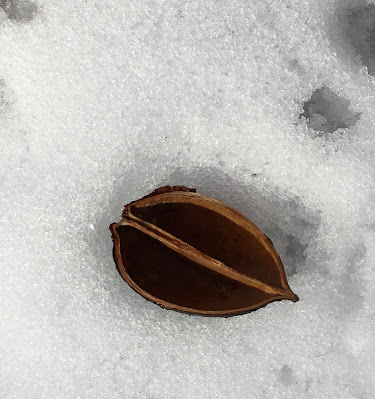 But I am feeling less peaceful. 2020 was a hell of a year, wasn't it? And 2021 hasn't had an auspicious start, what with our increasingly unhinged president egging on the lunatic fringe to attempt a governmental coup. I do love working from home, but I feel like I'm working all the time. And I miss my older son. I miss my other family. I miss my friends. With new COVID variants popping up all over the place, it is starting to feel like it will never end. I'm waiting anxiously to be allowed to get vaccinated and hoping that when Biden gets inaugurated our country will stop dealing in misinformation (or more accurately, bald-faced lies), and start instituting some saner policies. And maybe then, I'll start feeling like there is hope. So that's where I am in a nutshell. We'll see if I'm able to pull myself together enough to participate in the blog world more regularly.
Posted by Secret Agent Woman at 6:20 PM 1 comment: