There's a lot of weirdness in the world. 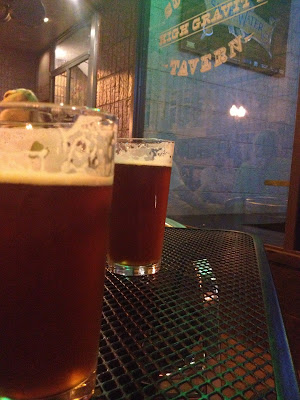 Sometimes I don't know why I agree to go out. I almost didn't go the other day. Shouldn't have.  He'd invited me to Hot Springs, wanted to meet part-way and have me ride with him, but then just refused to give me his last name. Yeah, right. We went around and around about that, and on the phone he assured me that he looked like a nice, normal guy. Not the point. I said, "I have two words for you: Ted Bundy." After all, you can look normal and still be a serial rapist/murderer. Finally he told me his name (which I promptly googled) and we agreed to just meet at Hot Springs. No way I was getting in a car with him. First time, incidentally, that I've ever worn a swim suit there. He'd brought wine and snacks and it was blissful in the warm water on what turned out to be a chilly, rainy day, but I kept my distance. He was friendly enough, but still managed to irritate the bejeebers out of me.

You know the chemistry thing? Not so much. For a variety of reasons. Chemistry isn't, I don't think, entirely physical. There's also some sort of personality/intellectual click that's important. And if I'm feeling impatient and I find myself staring off and taking deep, measured breaths, I know that's a bad sign. In addition, there was some game playing that I wasn't keen on. Like when he was talking about how he usually never kisses on the first date and then actually said that he likes women to make the first move because it gives him the power. And then he sat back and said, "I want you to kiss me. So I'm just going to sit here and make you come to me." Really? I mean, really?  I just laughed, shrugged and said, "Suit yourself." And stayed where I was. Also? A little advice - never tell a psychologist who has done countless intellectual assessments that you are unusually smart. Because she'll know better. And she has observed over the years that really bright people never feel a need to say so.

I was glad to get home that day.
Posted by Secret Agent Woman at 9:25 PM