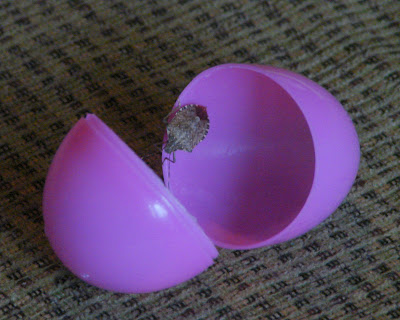 I have to tell you, I put my pacifism aside when it comes to stink bugs. I've been hearing complaints from other people recently about how many they are seeing so I did a little googling. These are brown marmorated stink bugs, it turns out, and were accidentally introduced to Pennsylvania from Korea and Taiwan in 1998, and have since spread out from there. Well, thank you Kim Jong Il. In addition to being an agricultural menace, they love to hibernate in houses and become active in the warmth. What it means for me is that several times an evening, one will start flying around like a lunatic, circling the ceiling lamp repeatedly until it suddenly veers off. Often straight at me. I don't like that. And oh my god, do they smell bad. According to a PBS show, it is a "pungent odor that smells like cilantro." No wonder I hate them - cilantro is a truly disgusting plant with a smell and taste that makes me gag. And so I have declared war. Outside I ignore them, but no stink bug is allowed to live in my home. 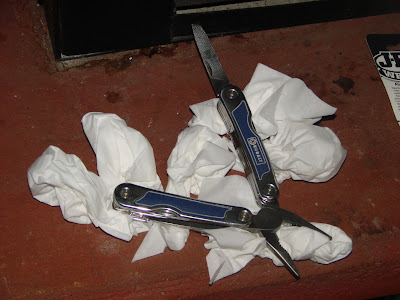 You know what this is? Death row. I catch them in tissues and because I hate to waste water, I weight down the prison cells with something heavy until I have several to flush at once. Sometimes when they hit the water, they swim out to fly away, but it's too late. They are caught in the whirlpool, and I watch until they've all been sucked down into the sewer. The pink plastic Easter egg has also been employed as a trap. A couple of days ago, I had four stink bugs housed in it before dumping them in the toilet. Fortunately, once they land, they generally stand passively while you collect them. But last night was the worst so far. We were under a tornado watch and the approaching storm must have driven them in.  I looked up to see 17 stink  bugs on my window. 17. No. I've learned, and when I put a new bag in the vacuum cleaner, I first vacuum up a little ash to absorb their stinkiness. One after the other, I vacuumed up all 17, and later in the evening added more of their comrades.  I have a feeling this will be an endless war.
Posted by Secret Agent Woman at 7:38 AM